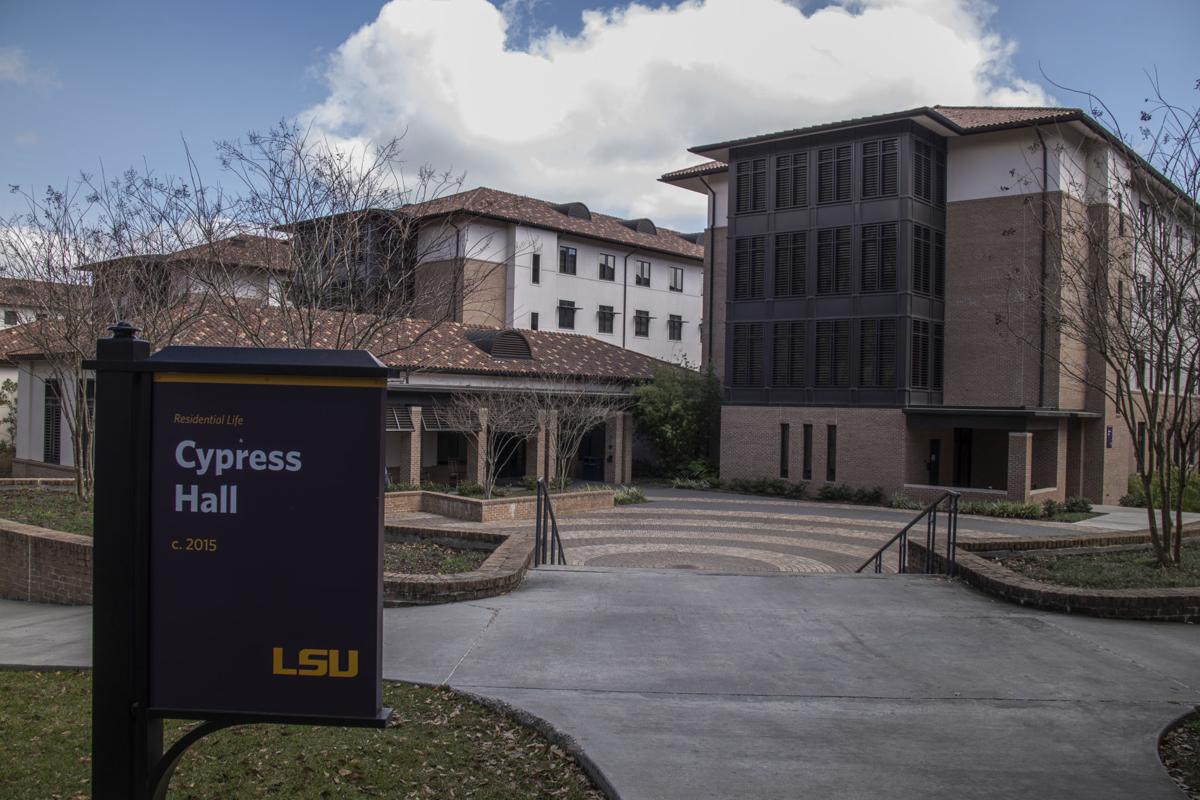 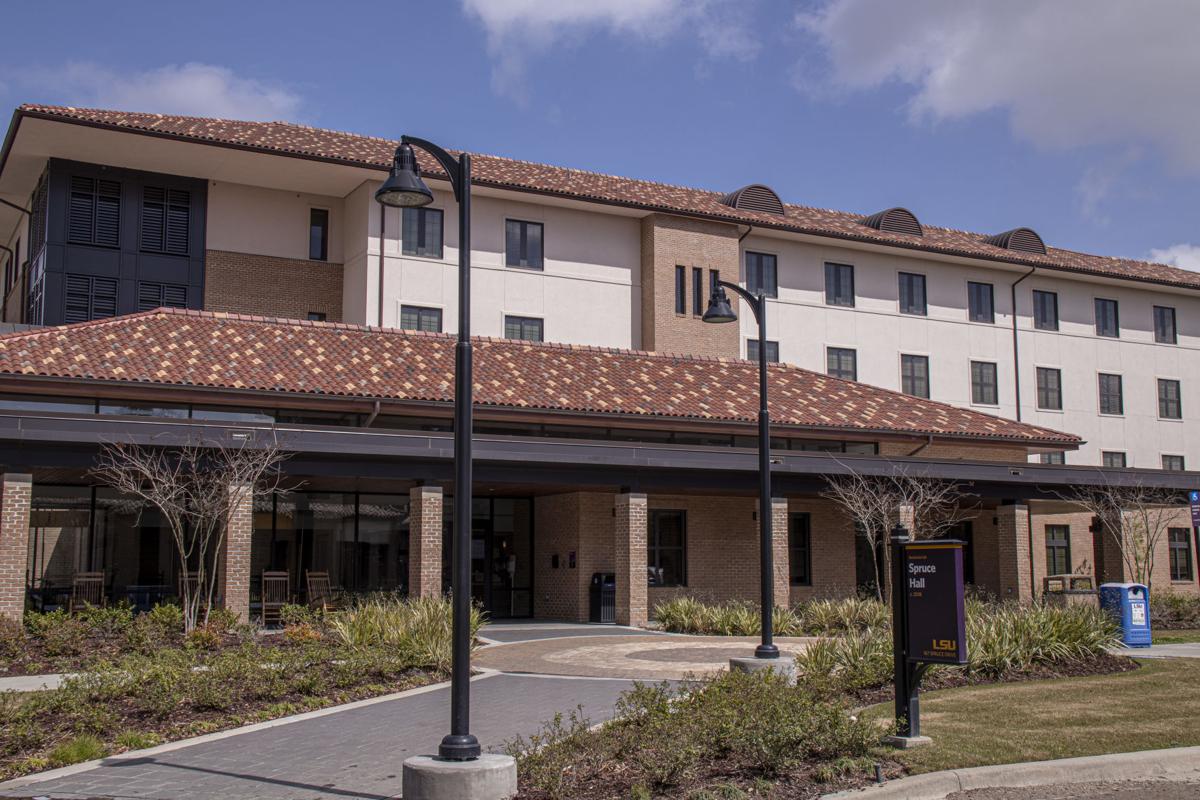 On Sept. 27, students in Cypress, Spruce and Blake Hall received an email informing them they would be required to receive a COVID-19 test because their residence halls were identified as areas of “heightened COVID-19 risk.”

“LSU is now requiring testing of specific on-campus residential halls when a significant health threat is identified by the tools designed to protect the campus community from the COVID-19 pandemic,” the email read.

Ballard said the University cannot disclose which residence halls were notified due to student privacy concerns. However, the Reveille confirmed that Spruce, Cypress and Blake Hall residents received the email through individual student and parent accounts.

Construction management freshman Drake Sharretts, a Spruce Hall resident, said he first received an email about mandatory COVID-19 testing in his dorm on Sept. 25. He received another email Sept. 27 informing him that all Spruce residents would be tested the next day between 4 - 7 p.m.

The email asked residents to be in their rooms by 4 p.m. for the test; the COVID-19 response staff would go to each room to administer the tests. It asked students not to eat or drink 30 minutes prior to their COVID-19 saliva-based test.

Students will receive test results within 48 hours, the email said. Individuals who test positive will be contacted by a healthcare provider.

“If they had made us test when we got to campus like [the University of] Alabama was doing, they probably would’ve had more accurate numbers and they would be able to contain it better,” Sharretts said.

Sharretts said he contracted COVID-19 while at the University and was previously isolated in East Campus Apartments.

“I guess there’s a lot of people in Spruce that have it or are getting it, so they want us to do the mandatory test,” Sharretts said.

Computer science freshman Otis Jackson and chemical engineering freshman Alyssa Dodd also live in Spruce Hall. They both confirmed that they received an email informing them that they will be required to get tested for COVID-19 Monday evening.

Early childhood education freshman Cassidy Lyons lives in Cypress Hall and said she received an email on Sunday about mandatory testing in her dorm. She was tested Sunday evening.

“I thought it was weird. I was like, ‘okay, now they’re requiring it once we’re all here,’” Lyons said. “It would be understandable if they required it before we all came here.”

Lyons said the mandatory testing was inconvenient because she had to stay in her dorm room until she was tested. She said she knows students who were not tested until 7 p.m. and had to stay in their room until they received the saliva-based test.

LSU parent Tiffani Daughtry Manney said her son lives in Blake Hall but had been at home in Houston for the past ten days when he received the email about mandatory testing.

Manney said the mandatory testing was “a bit much.”

“I think making something mandatory like the flu shot or COVID test takes away some of your personal rights, especially if you’re not symptomatic or you just refuse,” Manney said. “He was afraid of the repercussion[s] or punishment if he didn’t do it, and that’s crazy because I’m the one paying for his education.”

Manney also said she was skeptical about the accuracy of a saliva-based test versus the nasal swab.

LSU parent Julie Scott Cooke said her son also lives in Blake Hall and was told that if he refused testing, the University would not allow him to leave his dorm.

“I understand, to a degree, for testing, especially if the student feels symptoms, but to test everyone is crossing the line,” Cooke said. “I feel the more a university tests, the more positive results they will get.”

Cooke said her son was asked to quarantine for 14 days after his suitemate tested positive for COVID-19 over Labor Day weekend. When he chose to return to his home in Maryland rather than stay in his dorm, he was told his room key would be inactivated until the quarantine period was over.

“The dorms are small and aren’t meant to be [where] a student attends class online, nor are they meant for someone to quarantine,” Cooke said. “The dorms are made to sleep and that’s pretty much it.”

Students in Cypress, Spruce and Blake Halls who refuse to be tested will be found in violation of the LSU Code of Student Conduct.

“Failure to comply with the testing requirement will constitute a violation of the LSU Code of Student Conduct and may impact your ability to remain on campus and participate in any in-person activities,” the email read.

As of Sept. 28, the Reveille has only confirmed mandatory testing has occurred at Cypress, Spruce and Blake Halls.

Office of the President Chief of Staff Ashley Arceneaux spoke on behalf of Interim President Thomas Galligan at the University’s COVID-19 press meeting Wednesday afternoon. She said the University is trying to “normalize” testing on campus.

“While these numbers are good — these are low numbers — we are not satisfied with the amount of testing that’s going on on campus,” Arceneaux said. “We continue to work with our student partners to encourage more frequent and consistent testing.”

Arceneaux said she could not give “specifics” regarding how many dorms are being affected by mandatory testing when asked at the press meeting.

“This is a really sensitive issue,” Arceneaux said.

She said individuals in the residence halls who need to know if they have been exposed have been notified.

Associate Vice President in the Office of Research and Economic Development Keena Arbuthnot also spoke at the University’s COVID-19 response press meeting. Arbuthnot said students were “leaning out their doors” waiting to be tested.

“We had about between an 80%-90% response rate in the dorms,” Arbuthnot said. “It went really smoothly for such short notice, particularly after a game weekend.”

She said students who missed the mandatory testing over the weekend will be tested during the week.

A major tool in the University’s response to COVID-19 is the daily symptom checker, but some students and faculty are questioning its effectiveness.

Some clouds in the morning will give way to mainly sunny skies for the afternoon. Cooler. High 79F. Winds N at 10 to 20 mph.