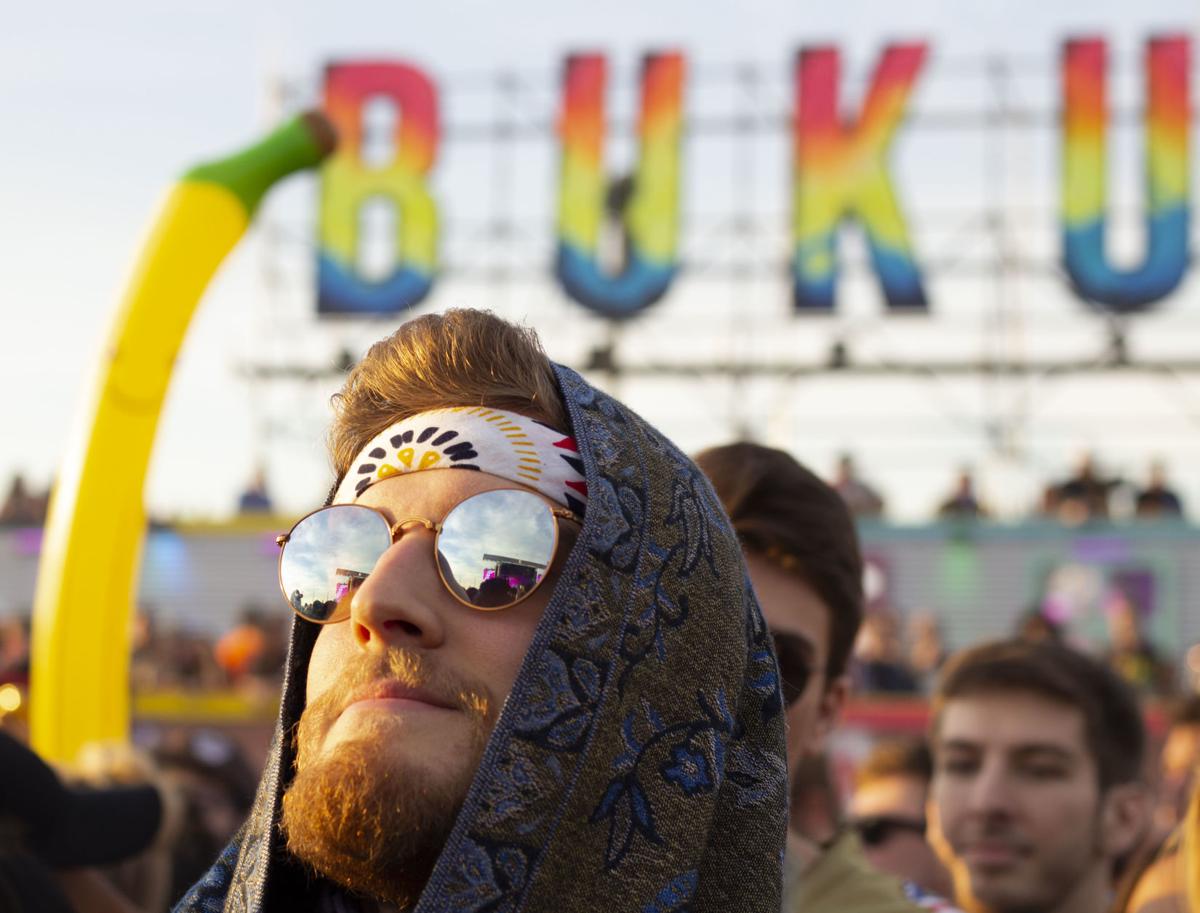 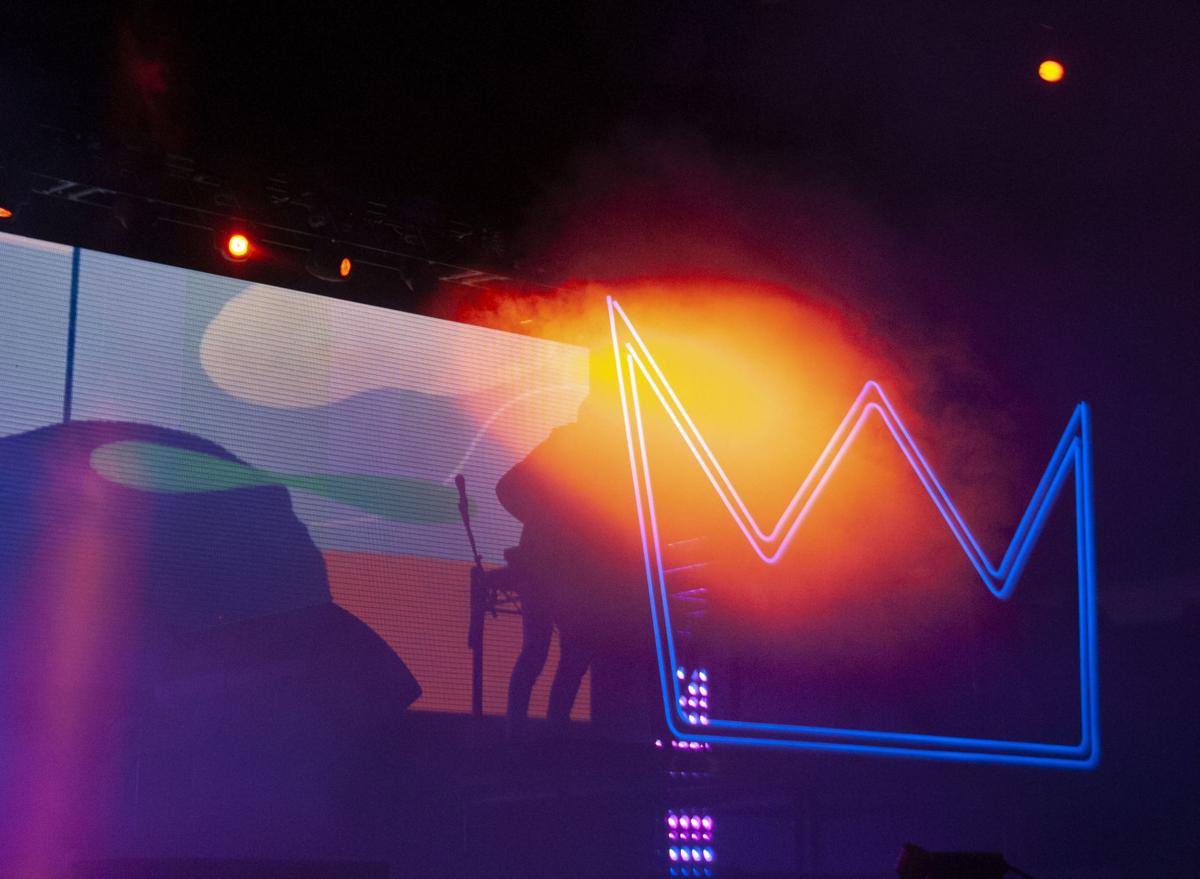 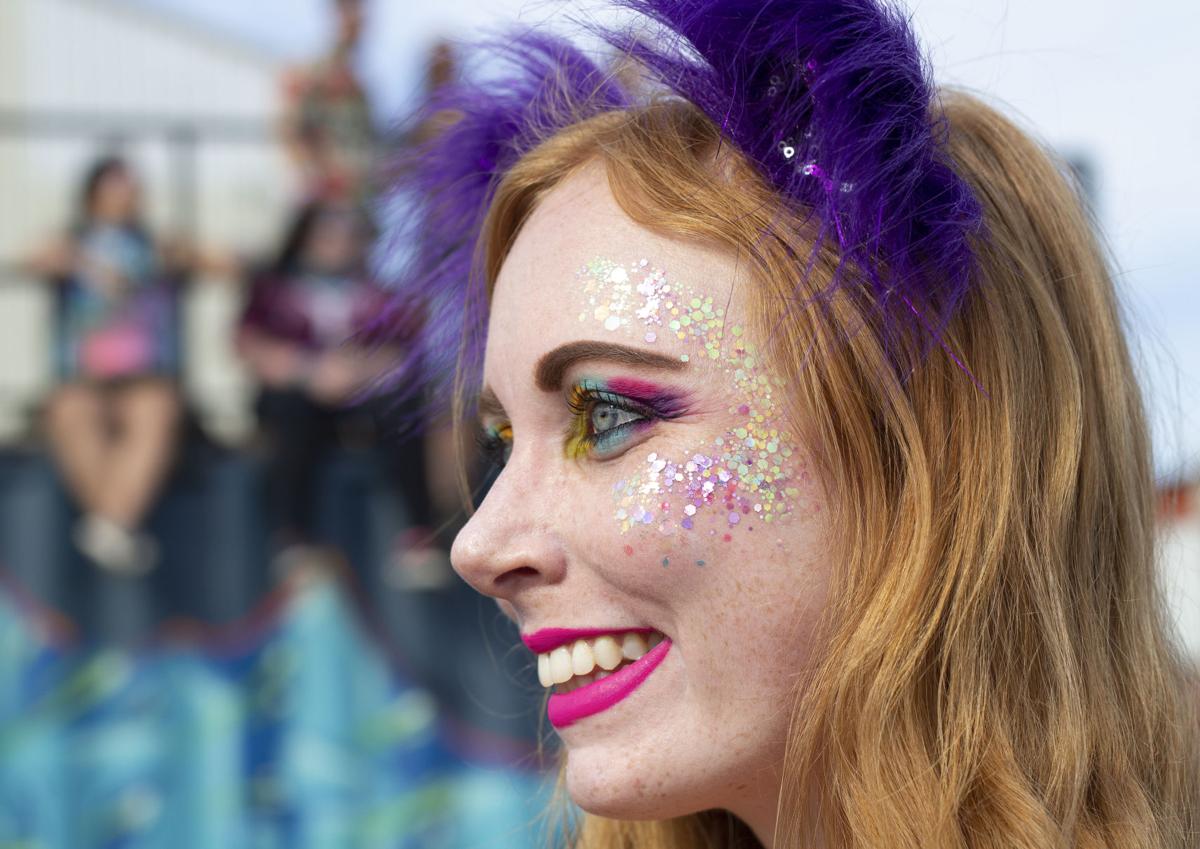 My first BUKU was a two-day spiriting away to the industrially magical Mardi Gras World.

It was a weekend of dope music, dank food, good energy and perfect weather. People from all over the country traveled to experience BUKU, letting creativity run free in self-expression in a safe, accepting, harassment-free environment. Everything was present, from body art and burning man hats to “Tokyo Ghoul" masks, American flag signs and sunflower totems.

The festival started promptly at 2 p.m. on Friday, March 22. Across the train tracks, Erica Lauren, better known as Lleauna — a name meaning earth, water and moon – delivered a kinetic set infused with techno, broken beats, driving synths and abstract compositions on The Wharf stage as festival goers gathered to listen to the DJ from Natchez.

“I started when I was in college with a $40 keyboard,” Lauren said. “That’s all I had at the time. It had little knobs on it so I mapped it to modulate in and out of things. I just really like mixing two songs. I don’t want songs to end. So, I just wanted the song to keep going, and I want everyone else to hear new songs.”

BUKU attendees were spoiled for choice when the munchies struck. Food stands that beckoned with appetizing smells lined the outskirts of the Power Plant stage and the walkway alongside the river. Gyros, wonton tacos, jambalaya, crawfish beignets, mac and cheese and vegetarian smart dogs were some of the many delectable options. I opted for a traditional corndog snack and a slice of cheese pizza for dinner.

Drink was plentiful, with refillable water stations available for everyone to refill their CamelBak bladders and empty water bottles. For guests over 21, mixed cocktails as well as draft and canned beer were available.

On the Float Den stage — the stage inside the warehouse that houses colorful Mardi Gras floats — Klutch followed by Sfam delivered a combined two hours of high energy, entrancing EDM sets filled with riffs and drops that fans danced to nonstop. I was reeling afterward as I caught up with the Sfam duo, made up by Michael Pearson, a Gulfport native, and Jacob Hoerner, who is from Ocean Springs.

“It was adrenaline-packed craziness," Pearson said. "I don’t know how to word it. I hurt my ankle really bad. Other than that, it was fantastic. The crowd was insane.”

At the VIP rooftop terrace, Amahl Abdul-Khaliq, better known as AF THE NAYSAYER, exclusively debuted his newest EP titled PARTS: Act 1, the first of a three-part series. Abdul-Khaliq is an established producer in  the  electronic and instrumental hip-hop world who got started in the music industry making beats in his college dorm room and getting his tunes in various BMX videos.

“[My music can be described in one sentence as] the soundtrack of a western-influenced Japanese Dreamcast game,” Abdul-Khaliq said.

Around 7:30 p.m., I wandered into the Ballroom stage for Death Grips, a Sacramento-based band. I wasn’t sure if I was listening to rock, hip hop or electronic music, because they mix all the aforementioned to create their unique experimental sound. At the Power Plant, Kevin Gates reminded us that you can have six jobs and not get tired, enthralling the audience. At around 8:55 p.m., he introduced his children to the crowd.

Arguably the most awaited act of the day, Lana Del Rey came on the Power Plant stage promptly at 10 p.m. to screaming fans. There were sequins, beads and a giant wooden swing. Lana performed an emotional “Mariners Apartment Complex” live for the very first time and displayed her amazing vocals with fan favorites “Video Games,” “Blue Jeans,” “Born to Die” and “Summertime Sadness.”

The night ended on a high note with RL Grime serving grime goodness at The Wharf stage while Claude VonStroke played a pumped set in the Float Den stage that raised the crowd’s energy.

The second day of the festival was just as packed with talented performers and fun things to do.

Griz rocked the Power Plant from 6:15 to 7:30 p.m. with amazing electro-funk and his signature sax, while Getter: Visceral was chill-dropping more bass than I could handle in The Wharf from 7:15 to 8:15 p.m.

Toward the end of their set in the Ballroom stage, We Came As Romans delivered an emotional rendition to their band mate Kyle who passed unexpectedly.

In between performers, I caught up with LSU theatre junior Mackenzie Andrews, who shared her experience attending BUKU for the third time.

“I’m loving it. BUKU is an awesome experience, just the way they put on the festival it’s so inclusive,” Andrews said. “Everyone feels loved and welcome and the music’s just awesome.”

After, I crossed the tracks for the next performer. If a queen is never late because her subjects are simply early, then that also applies to a king. A$AP Rocky came onto the Power Plant stage at 8:30 p.m. after a thirty-minute delay. Across the tracks, G Jones lit up the Float Den creating an atmosphere you couldn’t help but want to get crazy in. I momentarily went blind.

It became a marathon at 9 p.m. with Nola hip hop duo $uicideboy$ at The Wharf and R&B singer Ella Mai coming on the Ballroom stage around the same time. My Health app says I walked 22,135 steps that day. $uicideboy$ performed to a hyped crowd while Ella stunned with her impressive vocals. Dog Blood  ft. Skrillex and  Boys  Noize followed in the Power Plant.

I did not want to leave. Standing on the modified shipping container that provided a perfect view of The Wharf stage and the crowds, Chicago-based DJ duo Louis the Child kept hold of me every time the beat dropped, releasing the crowds, but as “where is it you wanna go?” echoed and “Go” played, my Lyft awaited to take me back to reality with only the memories of an insane weekend to take with me.

Variable clouds with strong thunderstorms. Damaging winds, large hail and possibly a tornado with some storms. High 82F. Winds S at 10 to 20 mph. Chance of rain 80%. Rainfall possibly over one inch.

Scattered thunderstorms during the evening, with mainly clear skies after midnight. Potential for severe thunderstorms. Low 57F. Winds WSW at 10 to 15 mph. Chance of rain 40%.

Sunshine and some clouds. High around 70F. Winds W at 15 to 25 mph. Higher wind gusts possible.

Scattered thunderstorms during the evening, with mainly clear skies after midnight. Potential for severe thunderstorms. Low 57F. Winds WSW at 10 to 15 mph. Chance of rain 40%.

Some clouds early will give way to generally clear conditions overnight. Low 49F. Winds NW at 5 to 10 mph.