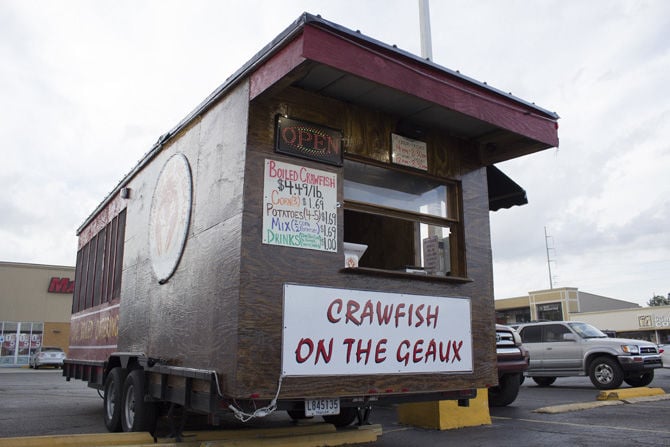 Crawfish on the Geaux operates during regular hours on Tuesday, Feb. 7, 2017 on Perkins Road and Acadian Thruway. 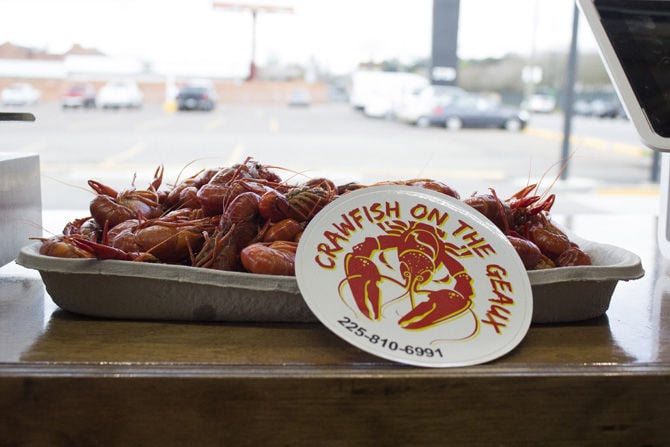 Crawfish on the Geaux boils crawfish in their food truck on Tuesday, Feb. 7, 2017 on Perkins Road and Acadian Thruway. 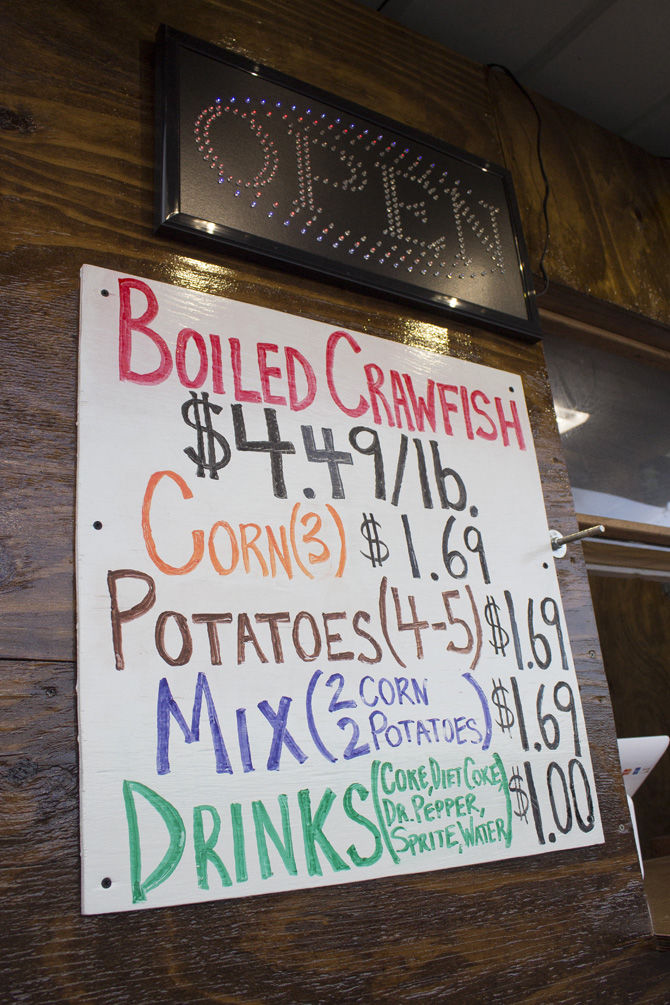 Crawfish on the Geaux serves boiled crawfish for $4.49 per pound on Tuesday, Feb. 7, 2017 on Perkins Road and Acadian Thruway.

Crawfish on the Geaux operates during regular hours on Tuesday, Feb. 7, 2017 on Perkins Road and Acadian Thruway.

Crawfish on the Geaux boils crawfish in their food truck on Tuesday, Feb. 7, 2017 on Perkins Road and Acadian Thruway.

Crawfish on the Geaux serves boiled crawfish for $4.49 per pound on Tuesday, Feb. 7, 2017 on Perkins Road and Acadian Thruway.

Crawfish on the Geaux boils its crawfish each day in a trailer located on Perkins Road. Customers can easily pick up small or big orders without the hassle of having to sit in a restaurant for an hour.

“One of our main goals is to provide crawfish conveniently for people,” owner Mitch Hopkins said.

Hopkins played as a pitcher for the LSU baseball team, but suffered a shoulder injury that resulted in surgery. Knowing he was no longer the same, Hopkins chose to leave the University.

5 things you'll only find in Louisiana during February

Louisiana culture has always set itself apart from the rest of the country. From crawfish bo…

Still trying to pursue his baseball career, he opted for one last surgery. After two years of rehab, it became clear that Hopkins needed something else to spend his time doing.

“I grew up at a seafood restaurant called The Crawfish Place, so I’d been boiling since I was about 13,” Hopkins said.

Initially, Hopkins wanted to open a restaurant, but without the funds to pull it off, he opted to build a trailer.

The establishment has been in the same location for four years, and Hopkins built a new trailer during the crawfish off-season, so it has been upgraded within the last year.

Hopkins has a third trailer he uses for catering events but given the upkeep and pace of the permanent location, it’s difficult to find the time to cater to more of those requests.

On weekdays, Crawfish on the Geaux boils about 10-15 sacks of crawfish per day, which translates to about 350-450 pounds. On the weekends, they boil closer to 40-70 sacks per day.

Their main crawfish supplier is based in Crowley in West Louisiana. Hopkins’ work ethic shines through because he individually cleaned each of the sacks of crawfish for three years until his supplier offered to clean the crawfish for him if he paid an additional fee.

“For baseball, I had this work ethic where I would do anything to better myself,” said Hopkins. “When baseball was over, I needed something to put that energy into, and this happened to be it.”

It takes about two hours to prepare for opening, and Hopkins said that the work day never really ends.

“It looks like it will be a good season,” Hopkins said. “Lent is pretty hectic, and it’s over those 40 days that I don’t really sleep much.”

Granted, Hopkins emphasizes that he loves what he does. He plans to expand to a restaurant in the future because that was the goal from day one. Taking it all one day at a time is his strategy.

The positive feedback from customers is what really keep everything going, said Hopkins.

His younger brother Bart Hopkins helps Mitch run things. Mitch said that without his brother’s help, the workload would be a little too much to bear.

Crawfish on the Geaux is open at 4 p.m. Monday-Friday, and noon on the weekends. The closing time usually depends on when the crawfish sells out.

Partly cloudy skies during the evening will give way to cloudy skies overnight. Low 61F. Winds SE at 10 to 15 mph.

Partly cloudy in the evening with more clouds for later at night. Low 63F. Winds SE at 5 to 10 mph.