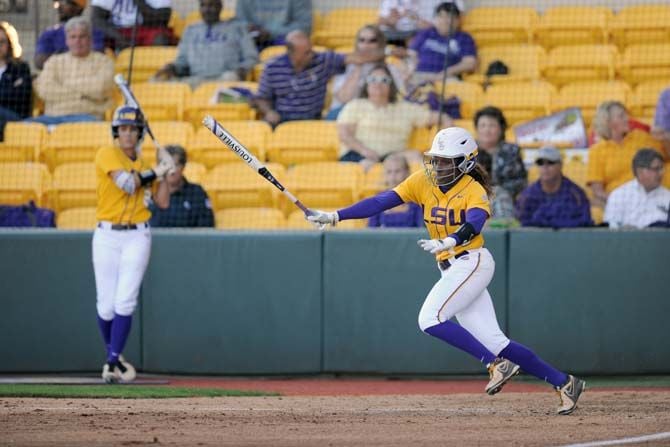 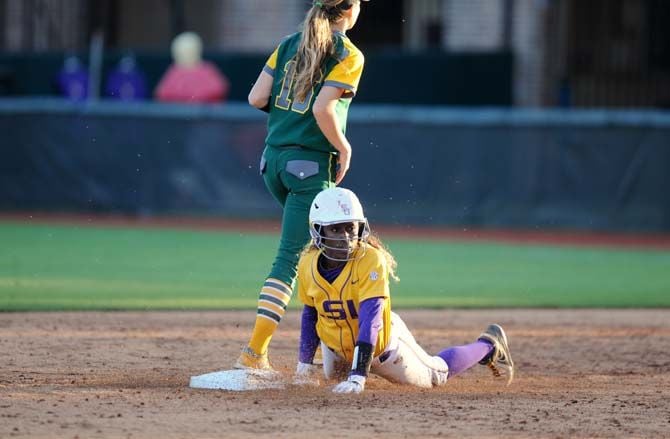 Andrews, an LSU softball player from 2011-15, has spent her post-LSU career focusing on changing the narrative surrounding black female athlete’s body image, hair, pay equality and representation in sports — especially in her sport of softball.

“It’s been really awesome to see the community embrace softball,” Andrews told The Reveille. “You see an influx of black athletes in basketball and track, but you just don’t see as many in different sports.

“I think being able to really showcase that there is a lot of black talent in this world — in softball — and these people have to truly embrace that and realize that certain sports are not for certain people. For me in softball, to see that growth is amazing.”

“What I really wanted to get from everything was perspective,” Andrews said. “I do play a sport where you don’t see a lot of black faces, so it’s interesting to hear the testimonies that other black female athletes have in different sports. Just watching the show, you find that we all have similar experiences. We all tell basically the same stories, voice the same concerns and things we have to worry about.”

Being a woman in sports is already hard enough as it is — equal pay and equal recognition are just the start — but being a black woman presents many different issues.

Andrews wanted “Unapologetic: The Black Female Athlete” to be eye-opening for people who may not realize the obstacles that black female athletes face.

Through the program, Andrews, and all the black female athletes, wanted to be truly unapologetic about who they are.

“You know we always talk about, as black men, black women, we have to work twice as hard as our counterparts,” Andrews said in ‘Unapologetic: The Black Female Athlete.’ “And in my opinion, in softball, it’s almost like you have to work 10 times as hard because it is a primarily ‘white sport.’ Because you are not typically seen in that sport, it doesn’t seem as if they give the equal opportunity.”

In that vein, Andrews wants to continue to “own her truths” and speak on things that she feels are important.

The issues that come with being a black female athlete are universal. No matter the sport, there is more scrutiny on black women, Andrews said. It’s not just within the sport itself either.

Marketing and sponsorships are even harder to come by for black women because of what large companies view as marketable — that doesn’t normally include black women and natural hair.

Black women, Andrews described, are always criticized for being too muscular or strong. Those are not things that companies believe society will embrace.

Black female athletes have to go through so many more obstacles on and off the fields and courts.

“I think that’s why it’s called ‘Unapologetic’,” Andrews said. “Coming into this head on, saying I don’t know what your perception of beauty is, but this is who we are, this is what we look like. This is me and I am beautiful. Coming at it as I am the best at what I do and you should be able to market me for what I look like. I shouldn’t have to conform to what your standards of beauty are when I already have my own.”

That’s why representation matters for Andrews.

Growing up, there were not many black softball players to look up to, so 2004 Olympics gold medalist Natasha Watley was that role model for her.

“If I had not seen Natasha Watley, I’m not sure softball would have been one of the sports I stuck with,” Andrews said “A lot of these women are the first at what they do and they really get things done. I believe that’s what makes them so much more remarkable and that’s what makes the next young black athlete say, ‘Wow, I think I can do this.’”

Now, Andrews herself is stepping into that role that Natasha Watley was for her. She wants to represent not only young black softball players, but also all softball players so that they all have somebody they can connect with.

Andrews wants to instill that confidence in young people so that they grow up thinking and knowing they are the best.

“As a young child, to be able to look at another black athlete excelling, that is so important,” Andrews said. “That’s in any culture. Anything that you have that someone feels like ‘the other,’ if you see someone else doing it, it’s impactful on that young life.”

Scattered thunderstorms in the morning, then mainly cloudy during the afternoon with thunderstorms likely. Potential for heavy rainfall. High 83F. Winds SSE at 5 to 10 mph. Chance of rain 60%.

Some clouds early will give way to generally clear conditions overnight. Low 59F. Winds NNE at 5 to 10 mph.