Skip to main content
You are the owner of this article.
Edit Article Add New Article
You have permission to edit this article.
Edit
Home
Reveille
The Mag
KLSU
Podcasts
Tiger TV
Gumbo Yearbook
Housing Resources
Advertising
Share This
1 of 7 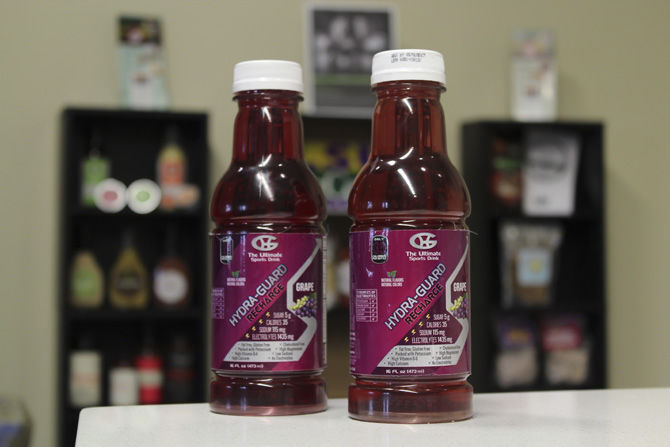 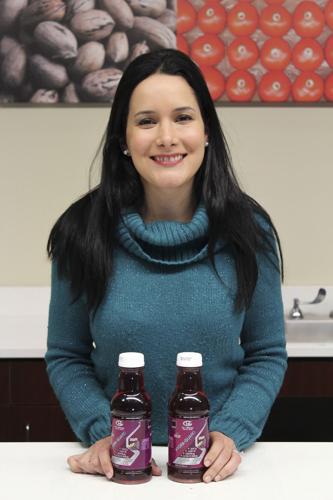 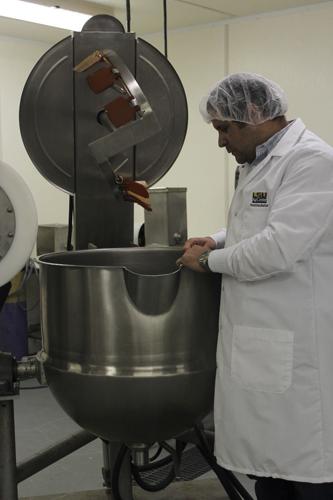 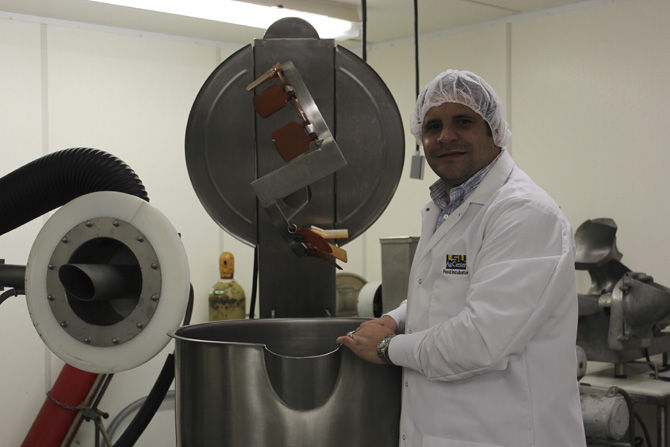 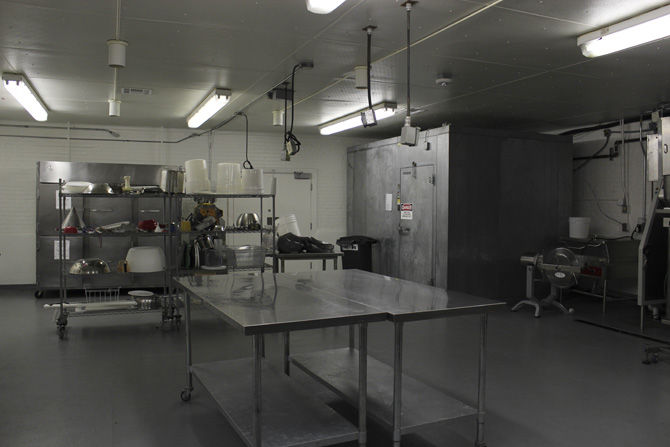 The food incubator is located in Ingram Hall. 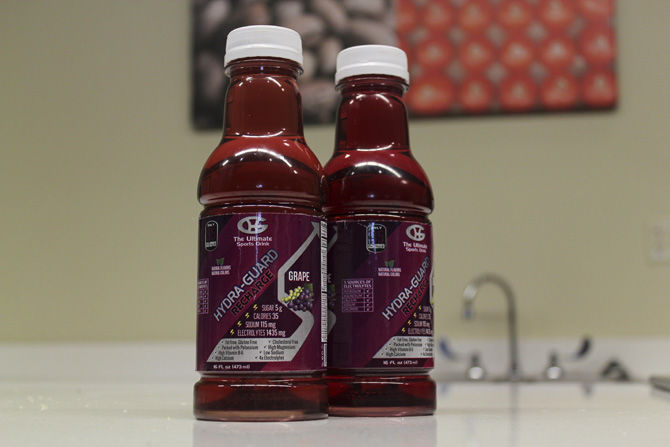 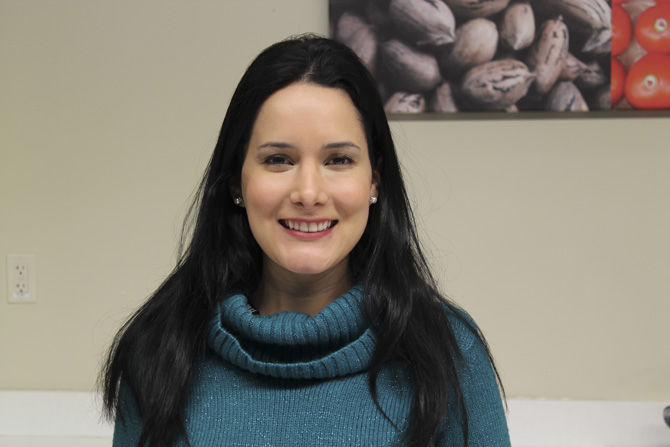 The food incubator is located in Ingram Hall.

Joseph Tucker, founder/CEO of Hydra-Guard Solutions LLC, and the LSU AgCenter Food Incubator have teamed up to develop and produce the first all-natural sports drink on the market “with all of the electrolytes consumers need, without all the sugars” – Hydra-Guard Recharge.

Tucker said he came up with the idea while researching products for his previous invention, the Hydra-Guard hydrating mouth guard. While looking for substances to fill the hydrating pouch in the mouth guard, he stumbled across a new business opportunity.

“I’ve always kept my eye on what I’m drinking and what kinds of beverages are out there and what beverage is best for me,” Tucker said. “By listening to consumers and listening to the market, it told me that there was a void.”

Though Americans are becoming more health-conscious, there has been little shift in the sports drink industry, Tucker said. Big names like Gatorade and Powerade set the precedent for how sports drinks were formulated. Consumers began to accept that along with electrolytes came lots of sugar.

“Nothing had been created that was what people were looking for,” Tucker said. “Our product, Hydra-Guard Recharge, is a product that consumers have been silently waiting for.”

Tucker said he approached the food scientists at the LSU AgCenter Food Incubator on a mission to change the game. First on the chopping block was sugar. Electrolyte-enriched sports drinks are prone to a high sugar content to mask the bitter taste of electrolytes such as potassium.

A goal that was conventionally accomplished by calorie-laden sugar could instead be achieved using a “bitter blocker” composition patented by professor John W. Finley, meaning that the sugar content of the drink could be cut by at least 75 percent, reducing the calorie count of the beverage to 35 calories per bottle.

With these goals in mind, Tucker came to the LSU AgCenter Food Incubator to develop the product from an idea into a market-ready reality.

“When [Tucker] came to us, he had very high standards,” said Gaye Sandoz, the director of the AgCenter Food Incubator.

The drink itself was formulated by a team of food scientists consisting of Luis Espinoza, Gabriela Gutierrez and Ashley Gutierrez. It took the team a year to formulate four different flavors, all adhering to guidelines set by Tucker.

“He wanted to do it with very low sugar, so we had to use sweeteners. But he only wanted natural sweeteners so we didn’t have many options,” Gabriela Gutierrez said. “Also, when colors are natural they start fading over time. It takes a while because you must test a very fast shelf life on each color.”

However, Sandoz said developing a completely new product like this in a year was very fast compared to the rest of the industry.

“We made four flavors in one year,” Sandoz said. “It would take another company at least five years to do that.”

Hydration for athletes has always stopped at the sidelines, but with the University’s Louisi…

The drink formula was only part of the project.After formulating the product, the job of making the drink conducive to largescale production belonged to Marvin L. Moncada, a research and development food scientist with the Incubator, who is also the Pilot Plant manager.

“My contribution to this product was to scale it up from one gallon to sixty gallons,” Moncada said. “We had to do some modifications to make sure it tasted as good as it did in the lab.”

The production research and development took another few weeks to ascertain details from the cooking temperature of the product to the types of plastic bottles that could be used for manufacturing such a product.

All that work ended with a product in its own caliber within the industry: an all-natural sports drink that contains four times the electrolyte content of other drinks while only having five grams of sugar and 35 calories per bottle. The drink also contains electrolytes from all five major electrolyte sources and uses only all-natural flavors and colors, making it one-of-a-kind in the sports drink market.

“We went down the list of what was important to the consumers,” Tucker said. “It was really a product developed by the consumers.”

And consumers seem to love it too. Hydra-Guard Recharge sold out of its first run of 32,000 bottles and moved production out of the Food Incubator to a separate co-packager to accommodate the demand. The drink can be found in stores across southern Louisiana and beyond.

“We’ve surpassed the 200 [store] mark,” Tucker said. “And that’s only been in the first twoandahalf, three months that we’ve been in business.”

Push yourself beyond what you think and know is possible. For me, I always choose @drinkhydraguard to show up & show out for #gameday. This #natural sports drink provides 4x more electrolytes than leading brand... It’s the real deal! #TheUltimateSportsDrink #Shootyourarrows #Whodat #NoArtificial

“We’re honored to have Brandin, at his caliber, representing us and pushing our products into the right hands,” Tucker said. “He had lots of different beverages to choose from, and he went with us.”

When looking towards the future, Hydra-Guard is full steam ahead, Tucker said. Tucker said he wants to scale up production and distribution. Beyond that, the company is currently hiring as it looks to expand into more markets and is looking for more sponsorships and brand ambassadors.