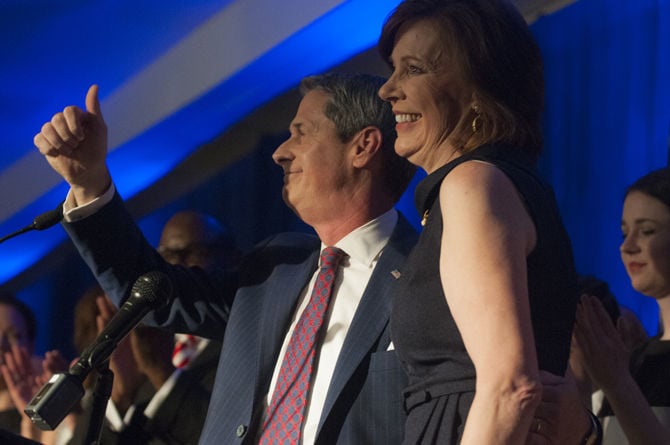 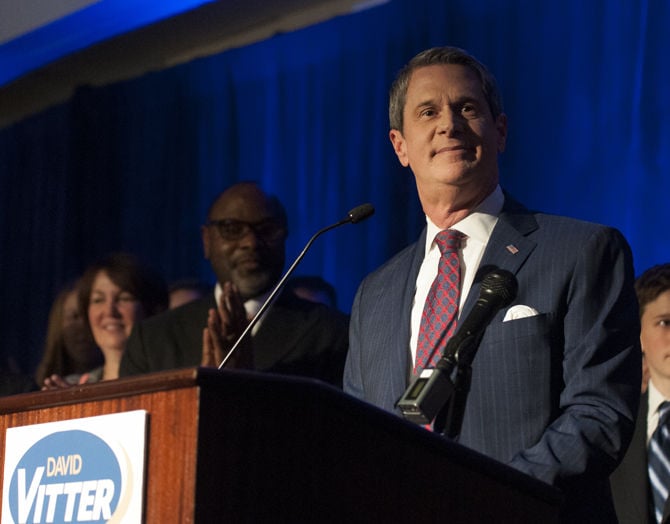 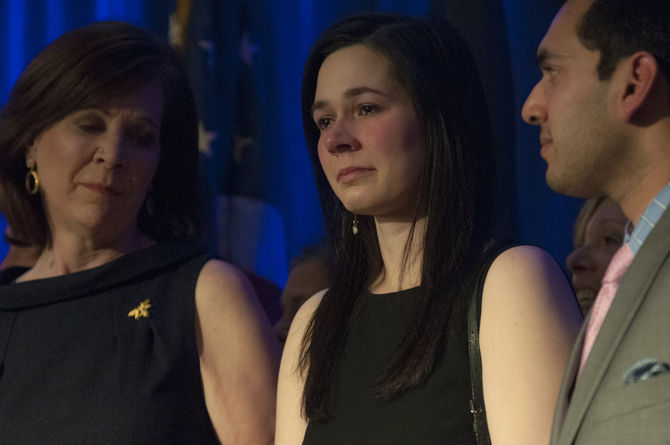 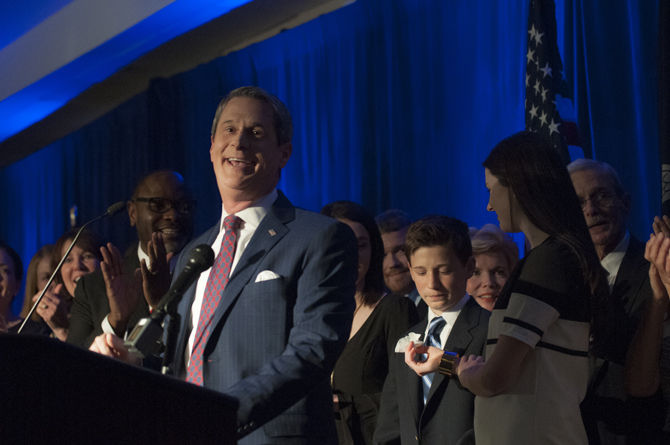 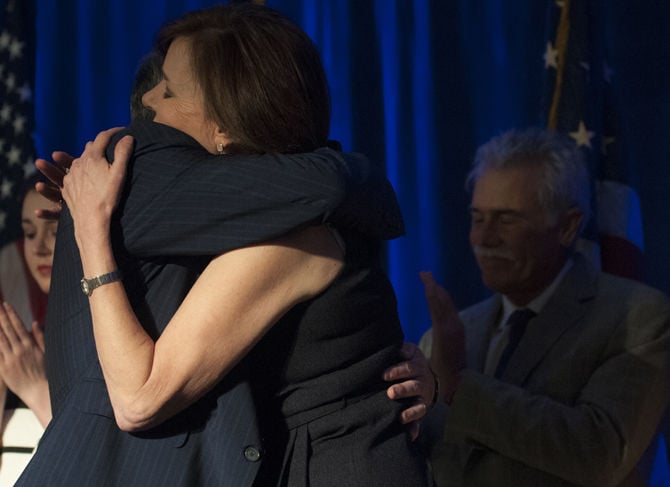 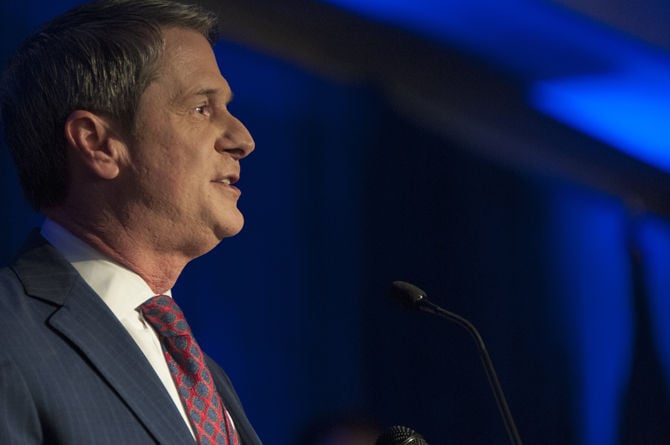 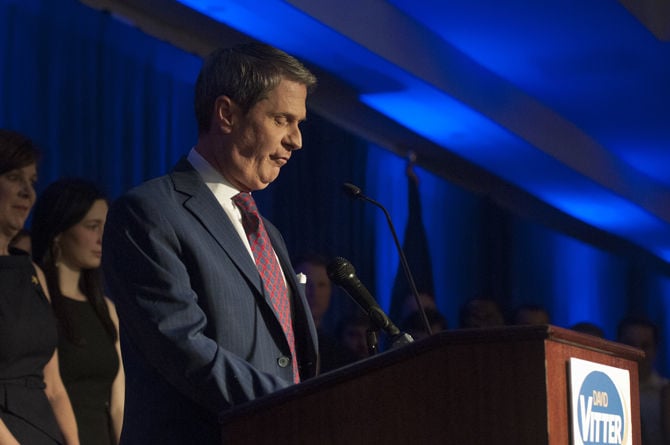 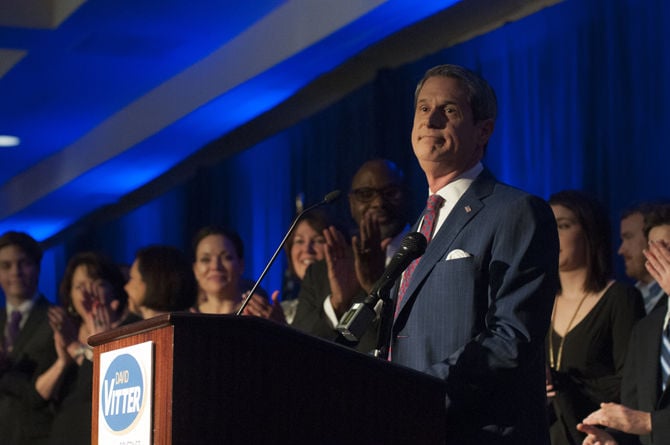 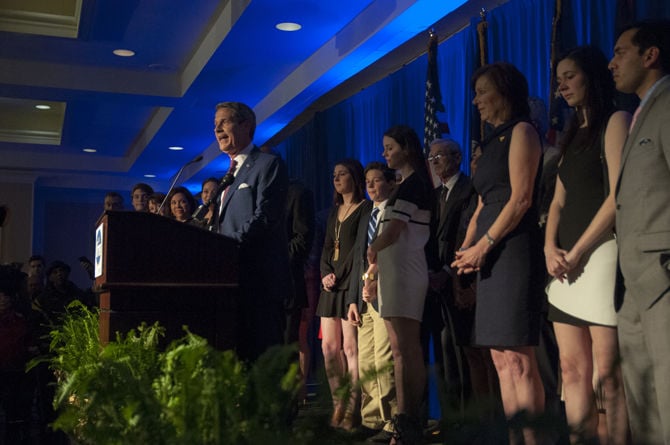 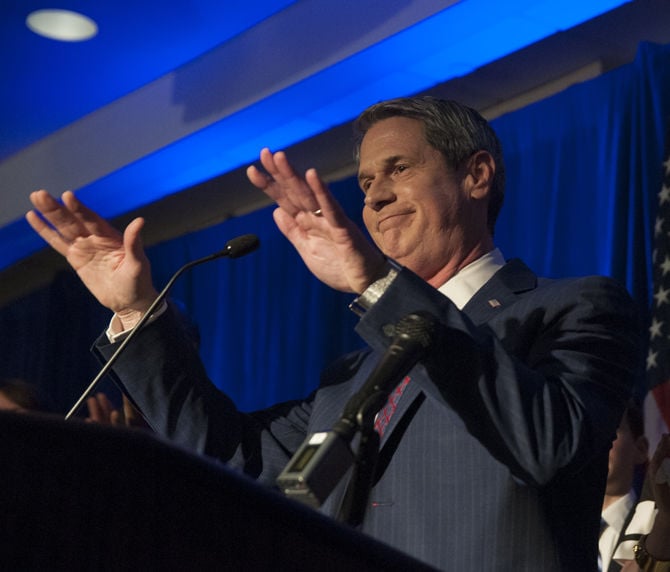 Kenner, Louisiana-- As Sen. David Vitter, R-La., conceded his gubernatorial bid Saturday night, one of the most haunting results was Jefferson Parish.

Vitter lost Jefferson Parish to John Bel Edwards, D-Amite, 51-49 percent with a 37 percent unofficial turnout, according to the Louisiana Secretary of State’s office.

The site of Vitter’s election party and the Louisiana 1st congressional District he represented for six years before his senate  term helped place a Democrat in charge of a Republican state, marking Vitter’s first political loss.

“Is he conceding already?” a supporter in the crowd cried out when Vitter and his family first stepped on stage.

Vitter’s defeat was as tough pill for supporters to swallow on Saturday night as LSU football’s 38-17 loss against Ole Miss hours earlier.

Edwards surged in the polls later as allegations of spying and Vitter’s prostitution scandal dominated debates and television spots. Still, the election party crowd stood silently as precincts began to swarm in.

Early in the race, voters and supporters believed Vitter’s opponents had no shot at the governor’s mansion. Yet, Vitter failed to get 50 percent of his home parish’s votes.

After an open primary knocked out Republican challengers Scott Angelle and Jay Dardenne, Vitter and Edwards battled it out until the bitter end.

When Dardenne pivoted his support to Edwards, Vitter’s campaign was unphased.

“I came up short, but you all were fabulous,” Vitter said to a room full of supporters during his concession speech.

“It was a nasty, nasty campaign. I’m not aware of any campaign that was nastier,” Fleming said.

Scotton echoed this sentiment, saying Vitter’s past, not his platform, dominated the race.

“The media has just vilified him like no other,” Scotton said.

Vitter supporters point to Gumbo Pac, a coalition of trial lawyers who pumped money into negative ads against the Senator.

Vitter announced he would not run for U.S. Senate again, and instead aims to help fill his seat with another conservative senator.