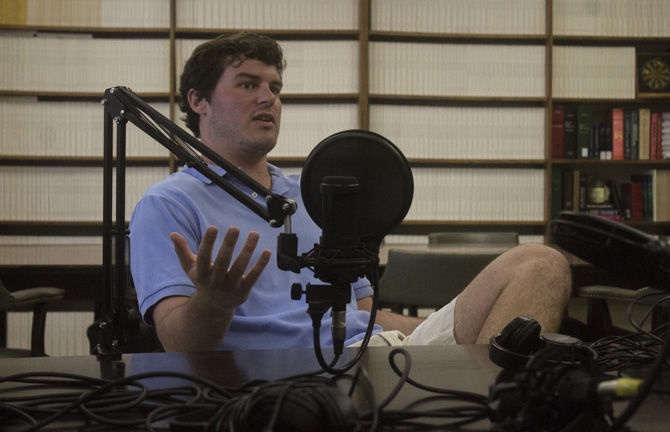 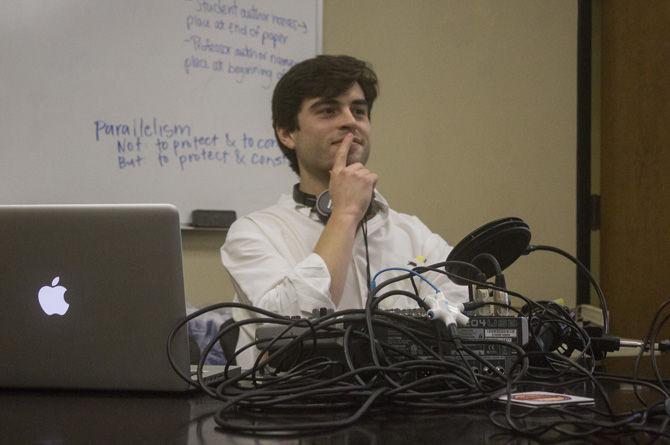 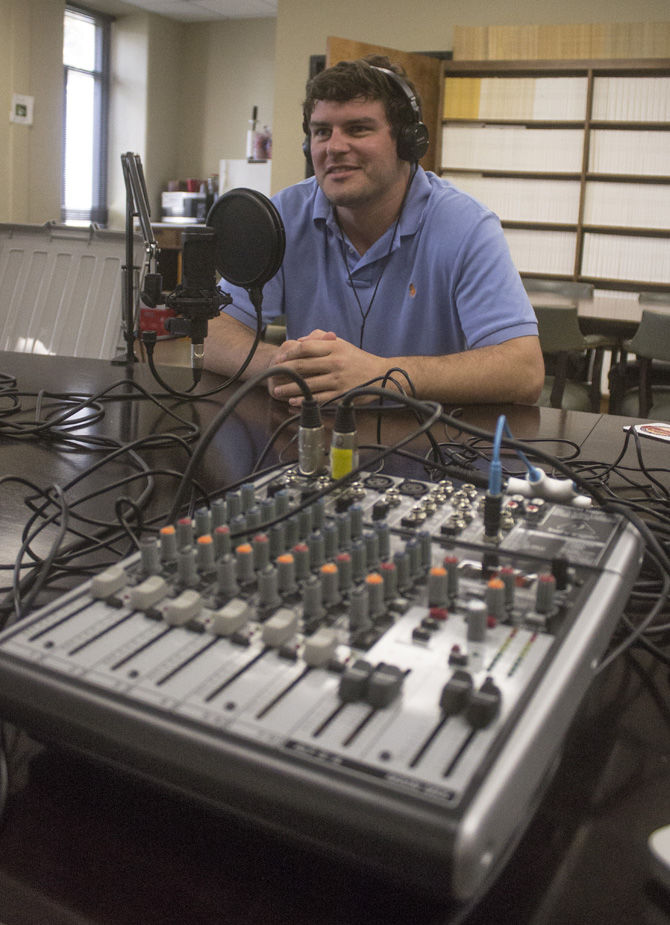 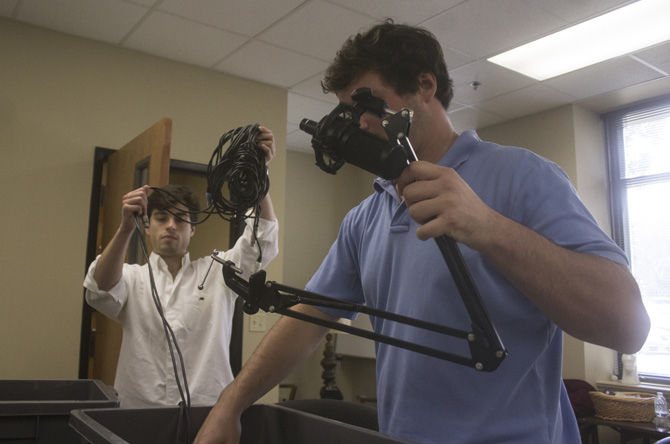 Grab your headphones, Tigers, because your new favorite podcast may be recorded just a stone’s throw from the Parade Ground.

Founded in 2015, the podcast was the brainchild of LSU Law Center graduate Alex Robertson, now an attorney with Irwin, Fritchie, Urquhart and Moore in New Orleans. Robertson was a podcast enthusiast who pitched the idea while applying to be the Law Review’s online editor, the role now occupied by Walsh.

Robertson convinced the Law Center to fund the project and cleared technical hurdles to establish a strong foundation for future cast members, Walsh said. Now Walsh and Cooper, both third year law students, are looking to drive the podcast into fresh territory and expand listenership, they said.

The Legal Ease podcast is one of a small cohort of law review podcasts nationwide. Similar formats have been used at schools including Fordham University, UCLA, Northwestern University and Yale, though the Louisiana Law Review was one of the earliest adopters and The Legal Ease remains one of the longest continually operating shows.

Walsh said the University was the perfect breeding ground for Robertson to innovate and take the Law Review in a new direction.

“I think LSU lawyers are better at being out-of-the-box thinkers,” Walsh said. “This law school has bred people who think about things differently and that is very good for a podcast. Everybody is writing journals, but what can we do that’s different?”

Branching beyond the traditional journal format also brings the Law Review’s work to a broader audience. The average legal practitioner or public policy enthusiast may not be able to read a 40-page academic article, but listening to The Legal Ease podcast while driving to work or folding clothes is convenient, Walsh said.

Each season typically consists of seven episodes ranging from 20 minutes to just over an hour, with three episodes released per semester and one in the summer. The Legal Ease typically takes a Louisiana-centric approach to each episode, featuring issues relevant to the local law community and segments like the “Bayou Barrister” or “C’Mon Judge,” modeled after ESPN’s popular “C’Mon Man!” bit, Cooper said.

Walsh and Cooper said they plan to maintain a spirit of innovation by introducing new segments during their tenure, including spots like the “Cajun Consigliere” with Nate Hanet, a third year law student who will discuss criminal justice issues, and “Brief it with Bradley,” a speed briefing session with third year law student Bradley Rasile, among others.

The duo said they are also considering shortening episodes and expanding their production calendar to include more episodes per season.

Outside of general production changes, Walsh said they plan to further diversify their content, shifting away from narrowly focused legal topics to include segments about broader legal issues that appeal to students and practitioners in law-adjacent fields, including public policy, economics, history and public health.

Cooper said context is central to understanding the law and they are open to hosting guests from diverse academic backgrounds to promote interdisciplinary discussion and deeper learning.

“The law doesn’t happen in a vacuum,” Cooper said. “I think the blending of this is something we want to facilitate. The context gives you the best way to legally analyze the situation at hand.”

Walsh and Cooper uploaded their first episode to SoundCloud and iTunes Aug. 24 and are already putting the finishing touches on their second podcast. Each show takes roughly three to four hours to record and goes through four layers of editing before the final product is released, Walsh said.

With one show under their belts, the co-hosts are working to refine their on-air personas and radio dynamic. Cooper said being radio ready is more challenging than most people think and it takes conscious effort to be personable while minding word choice and playing off your co-host.

The challenges are minimal compared to the benefits, they said.

The pair knew hosting the podcast was the only thing they wanted to do when the Law Review hosted its executive elections and they knew they wanted to do it together, Cooper said. When Walsh was elected to the online editor position, their radio team was born.

The two are constantly bouncing ideas off one another to improve the show and find new ways to inform their audience. They view their job as a way to give back to the Law Center at the end of their academic careers, Walsh said. Getting to do it together is just a plus.

“It’s almost like a dance, and I’m glad I got a good partner,” Cooper said.

LSU flash mob club gears up for a semester of surprises

On a drizzly Thursday evening, the Delta Literary Journal held its first Highland Coffees Reading Series of the semester. Among a mixture of c…

Sunshine in the morning followed by cloudy skies during the afternoon. High 79F. Winds SE at 10 to 15 mph.

Partly cloudy skies during the evening will give way to cloudy skies overnight. Low 59F. Winds light and variable.

Thunderstorms during the evening will give way to steady rain overnight. Low 62F. Winds light and variable. Chance of rain 60%.