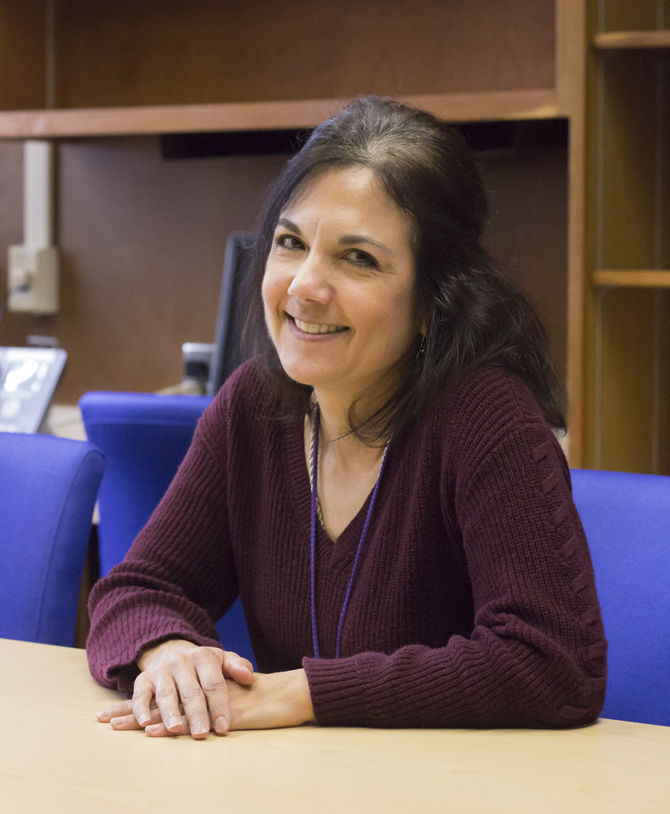 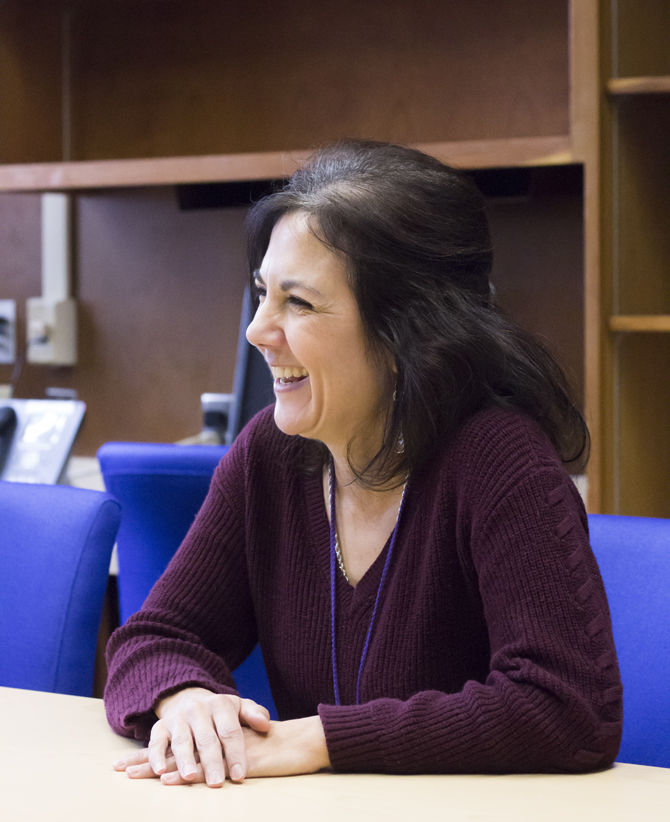 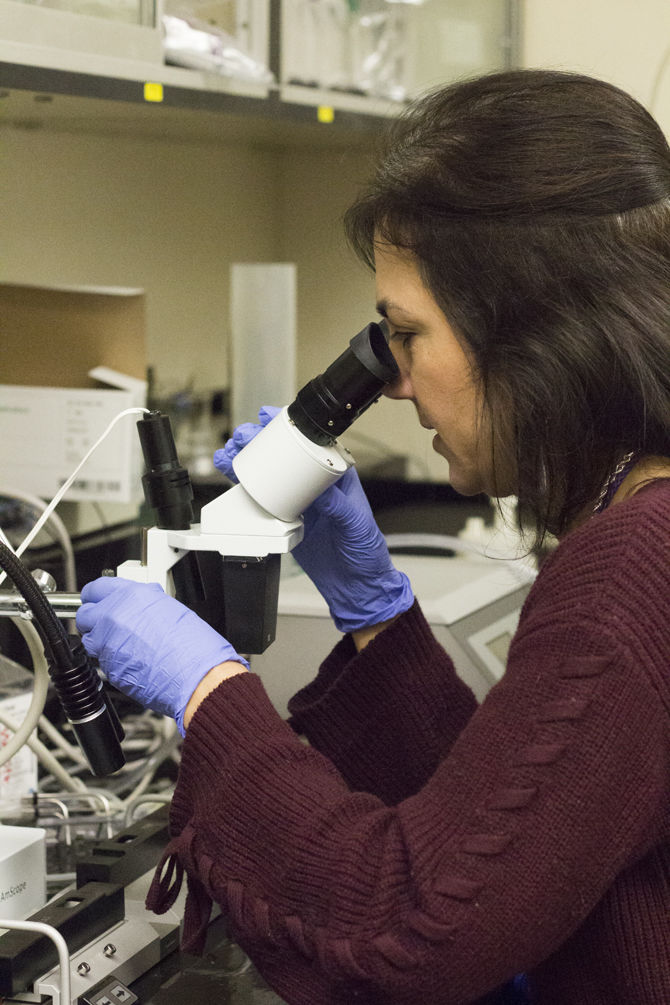 LSU professor Tammy Dugas looks into a microscope before being interviewed at the LSU Veterinary School on Wednesday, Feb. 14, 2018.

LSU professor Tammy Dugas looks into a microscope before being interviewed at the LSU Veterinary School on Wednesday, Feb. 14, 2018.

Dugas is the co-founder of ReQuisite Biomedical, which specializes in using elements from natural compounds to create treatments for diseases. She graduated from the University in 1996 and served as the president of the Cardiovascular Toxicology Specialty Section for 2016-17.

Dugas recently made a breakthrough on the use of antioxidant compounds from red wine in stents. Stents are small metal tubes placed in arteries to keep them open and clear away obstructions. The problem with stents is that cells in the blood vessel tend to grow around them, causing blood flow to be restricted. Most stents are also extremely problematic in terms of what they release into the body, such as drugs that cause cancer.

“A lot of the stents and other products out there release cancer drugs into blood vessels. Chemotherapy agents are known to have all sorts of side effects,” Dugas said. “We were thinking that the product we developed would be better because it would be safer.”

According to the CDC website, about 61,000 people die from heart disease in the United States each year. That number accounts for roughly one in four deaths annually. It is the leading cause of death for both men and women. The website also says about 735,000 Americans suffer a heart attack yearly, with 525,000 of them suffering one for the first time.

Using this antioxidant, Dugas then created a new type of stent that slowly releases the red wine antioxidants into the bloodstream, reducing health issues such as inflammation. She also promises that her stent won’t cause cancer.

“We thought could we find a way to deliver it better and to where the disease resides,” Dugas said. “So that’s what we did. We started building devices that we could use for treating blockages.”

But Dugas didn’t stop there. She decided to use the compound with drug-coated balloons. Drug-coated balloons, which are relatively new technology, are used in lower body blockages, where stents aren’t effective. Balloons are inserted into the artery and inflated to clear the blockage and then are deflated and removed.

Dugas, along with colleagues Cristina Sabliov and Carlos Astete, designed a new balloon with a formula that would stick to the balloon and slowly release the red wine antioxidant compound. The balloon could be groundbreaking for treatment of peripheral artery disease, which around 8 million to 12 million Americans suffer from.

“We thought ‘Why not put red wine compounds on drug-coated balloons?’” Dugas said.

Dugas got her inspiration for this research in the early 2000s, when she reviewed an article about the potential dangers of chemotherapy agents in medical devices.

“I thought ‘Well, gosh, why are we putting chemotherapy drugs on medical devices we put inside blood vessels?’” Dugas said. “That just doesn’t make any sense. I thought we could do better than this.”

Cloudy with occasional light rain during the afternoon. High 84F. Winds E at 10 to 15 mph. Chance of rain 50%.