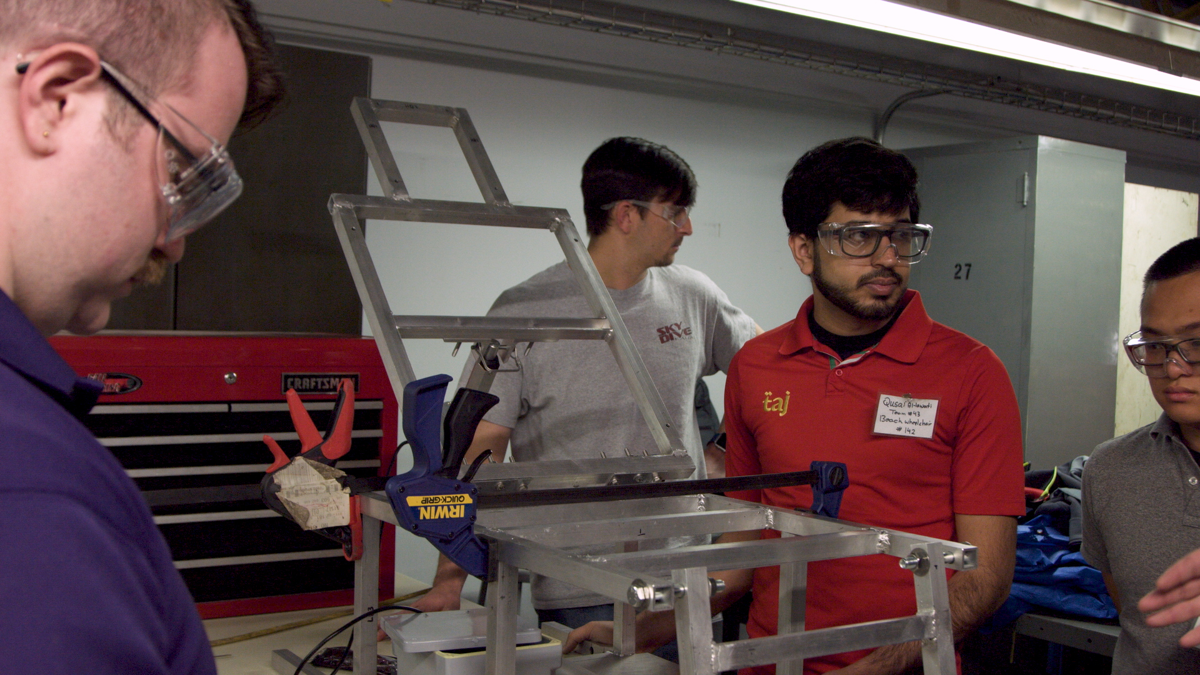 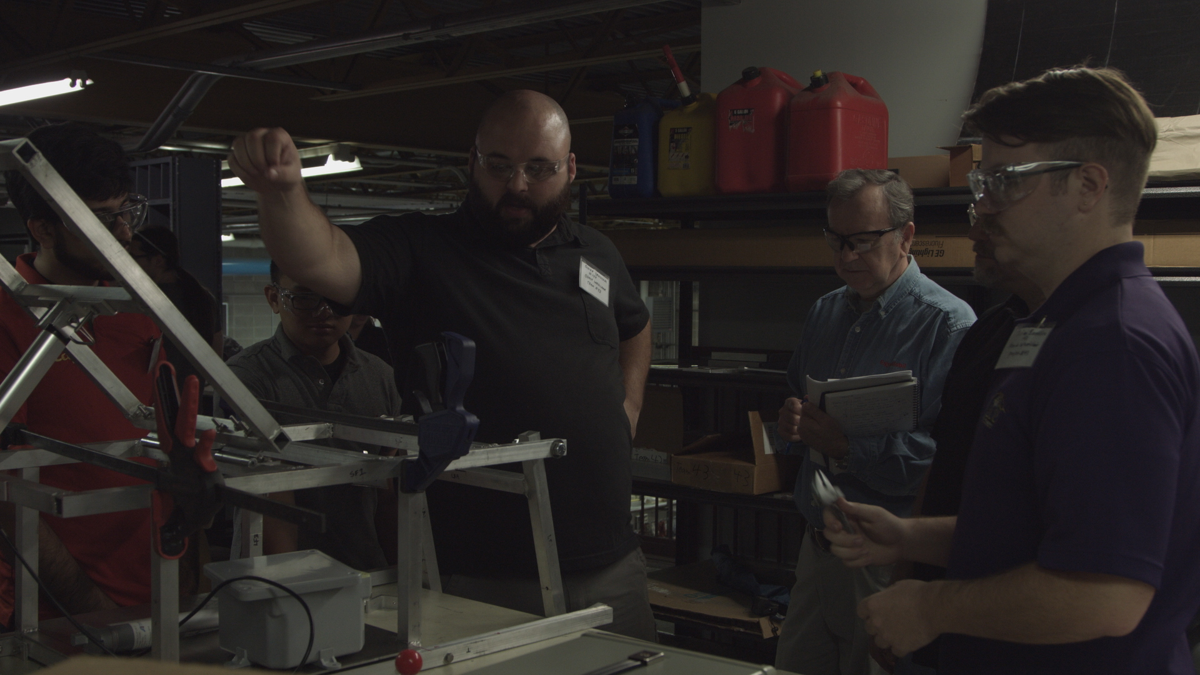 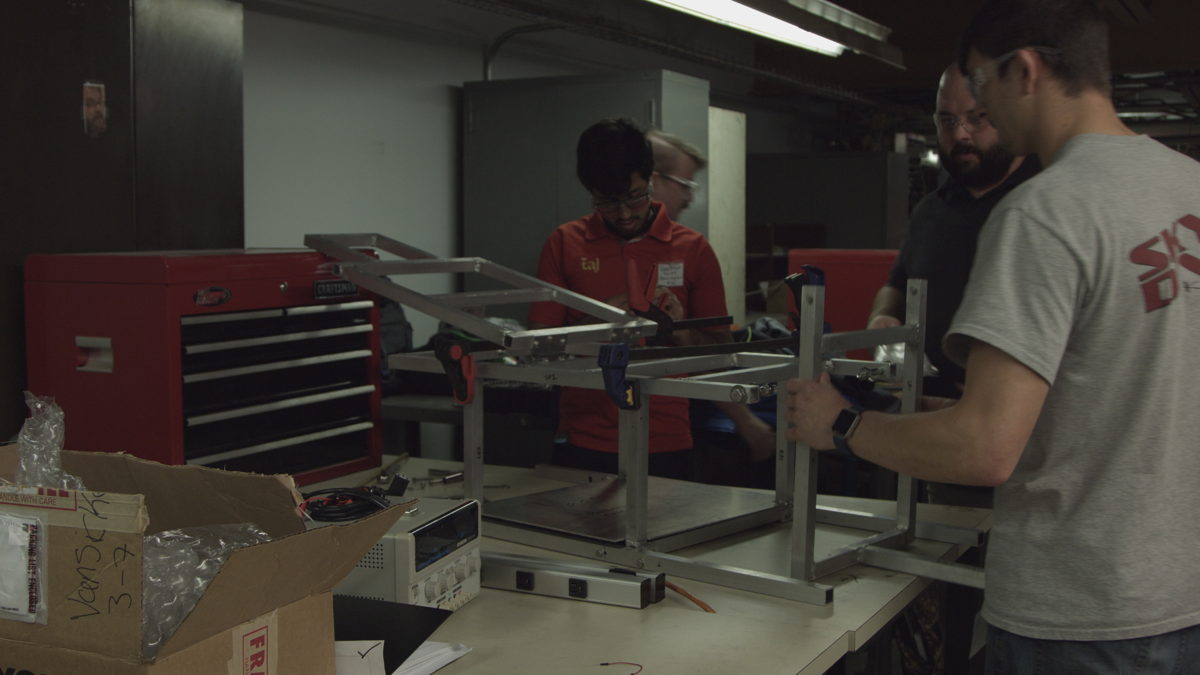 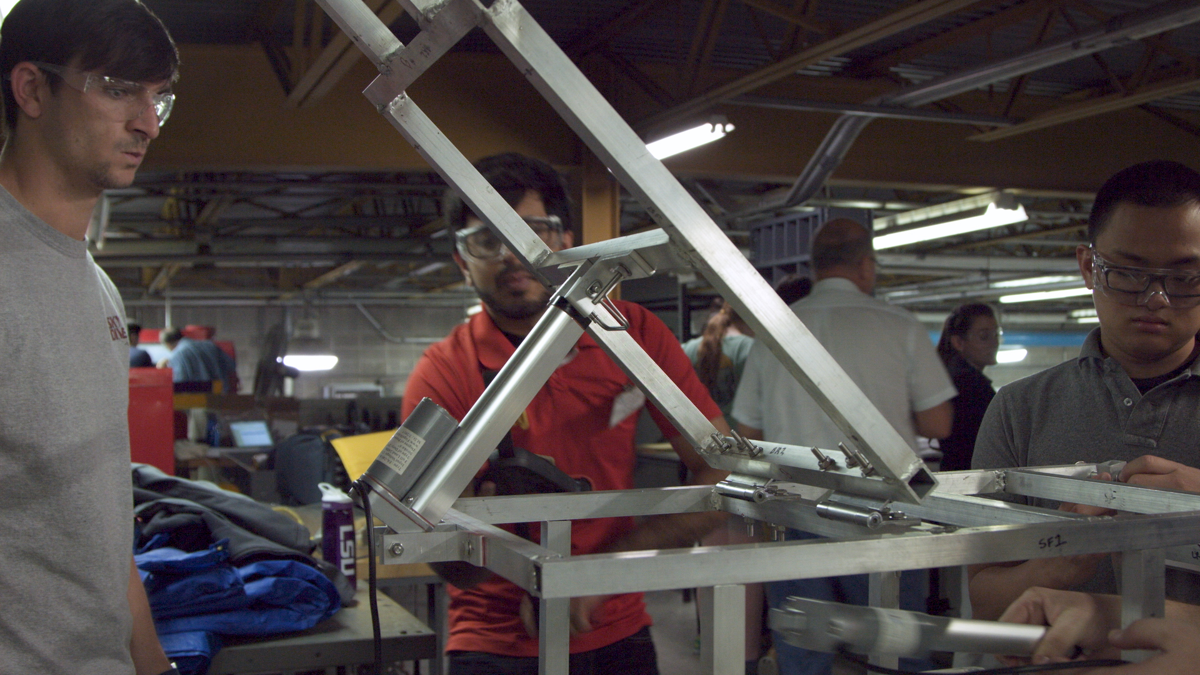 A team of five, engineering seniors at the University have spent almost 300 hours making a beach-ready wheelchair for a woman with a neuromuscular disorder.

The idea was integrated as a program choice after Cheslyn Simpson, wrote an essay to the engineering students requesting help in the form of a beach-ready wheelchair. Since choosing the project, the team has become dedicated to making sure the wheelchair is suited for Simpson.

"From the beginning, all the way up to now, everything we do, we show it to her," Vansickel said. "We get her feedback, her input, and we adjust and make changes as necessary. We actually designed three chairs for the initial concept, so we let her choose the one she liked the most, and that’s the one we’re actually doing."

For the past year, the team has been using trial and error to create the best model. Since this is the first wheelchair design ever to be done as a Senior Capstone project at the University, and the first designed for a sandy environment, they’ve had to teach themselves a lot along the way.

"You have to use the skills that they give you in the engineering department to come up with solutions, and teach yourself all these different things so that you can actually manage to make these things, which are just not at all in your wheelhouse," Vansickel said. "It’s not something you’d normally do in school."

Now their year-long process is finally coming to a close. In about three weeks, the team will present their project before the College of Engineering. As they move into the final stages, multiple safety tests with test dummies will be performed before the wheelchair is used by Simpson.

The team wants future University engineering teams to continue working with Simpson on modifications and improvements to their design, to try and perfect it.

"It’s very important that we do this as well as we can because we’re giving her something that she otherwise wouldn’t have the capability of doing, and that’s really awesome," Vansickel said.

Partly cloudy this morning, then becoming cloudy during the afternoon. High 63F. Winds light and variable.