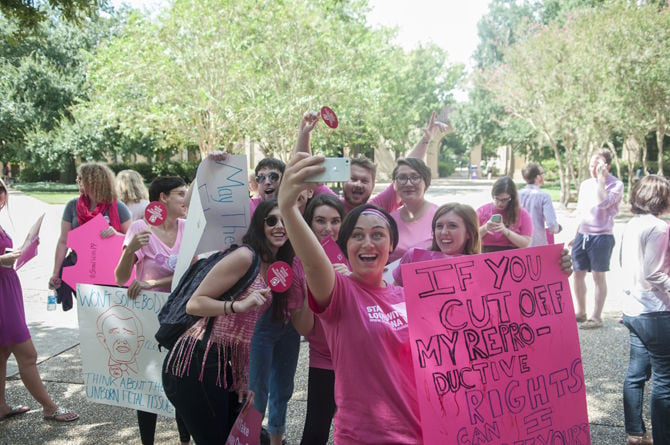 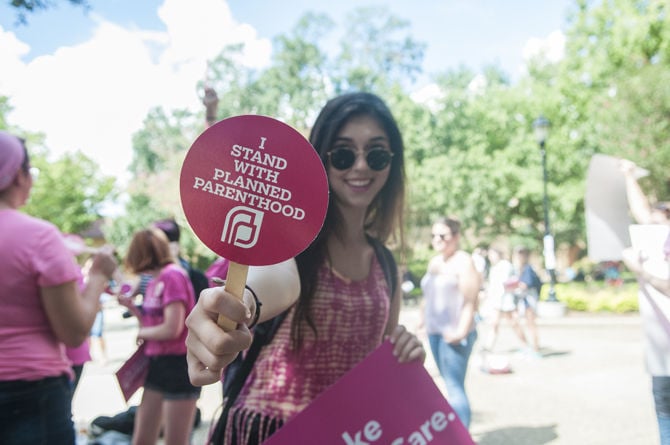 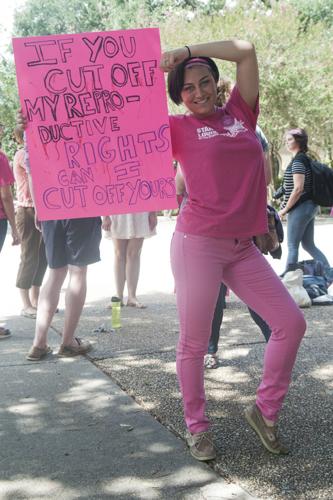 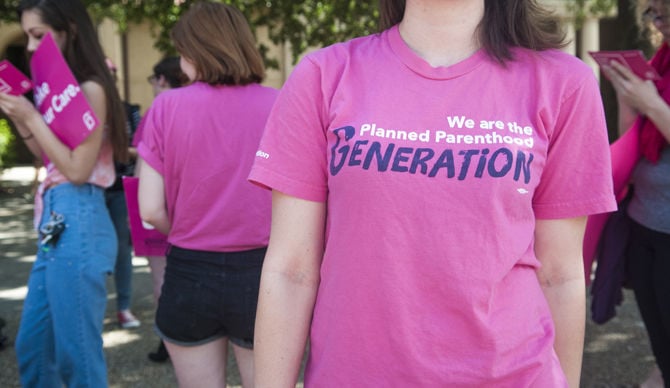 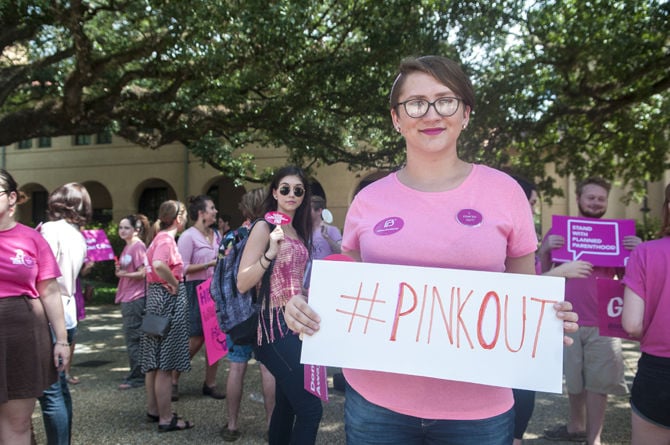 Planned Parenthood Generation Action participated in “Pink Out Day” — a national event encouraging women’s health advocates to demonstrate their solidarity with Planned Parenthood by wearing pink — on Tuesday in the Quad.

The event was organized by the Women and Gender Studies for Graduates Organization. English doctoral student Alexandra Torres, the vice president of WGSGO, said the event was held to raise awareness and support.

“[We want] to make sure that people are aware of all the different services, that it’s not really just about a safe abortion, it’s more about the different health services that Planned Parenthood does,” Torres said.

PPGA, formerly known as Voices of Planned Parenthood, regained its status as a club this month.

While the club was on campus for several years before fading out roughly two years ago, this year its members plan to immerse themselves in campus life once again.

“Our goal for this semester is to be even more involved in the past, and do as many events as possible,” said psychology sophomore Eva Someillan-Toohey, PPGA events coordinator.

Having regained its charter, this year is a rebuilding one for the group, mass communication junior Noah Bryant Ballard said.

Members of the club attended the Planned Parenthood Generation Action Conference over the summer in Washington D.C., where they attended seminars, networked with other PPGA organizations from across the country and lobbied on Capitol Hill.

Attending the conference was beneficial for the organization and its members, said psychology junior Sarah Guidry, PPGA president.

“We came back here with all of this new knowledge and all the tools to actually start organizing on campus for real,” Guidry said.

Ballard said the organization’s most popular and recognizable event is “Free Condom Friday,” when the group sets up a table in Free Speech Plaza and hands out condoms with information on sexual health, education and safety.

The club also carries out “condom crawls,” where members visit Tigerland bars and hand out free condoms. During the group’s most recent condom crawl, members handed out 600 condoms in approximately 45 minutes, Someillan-Toohey said.

Two condom crawls are held each semester, typically around a big event or holiday. The next one will be on Halloween.

Louisiana’s consistent ranking at the top of charts for STD and STI rates motivates student to pass out condoms, Someillan-Toohey said.

A 2013 study by the Centers for Disease Control and Prevention shows New Orleans ranked No. 8 on a list of the most sexually diseased cities in the United States.

Louisiana also ranked No. 3 in the country in the number of primary and secondary syphilis cases, according to the CDC study.

Guidry said she feels the club’s presence is important because of the lack of knowledge on sexual health.

“Growing up in southern Louisiana, it’s really hard, because a lot of the times, people’s families don’t want to talk about sex at all, or even just things that are reproductive health related,” Guidry said.

PPGA’s goal is to provide education on sexual health to students who may not otherwise receive it.

“A lot of people come from places where they don’t get comprehensive sex ed,” Someillan-Toohey said. “They don’t know a lot of the things, so we want to help change that.”