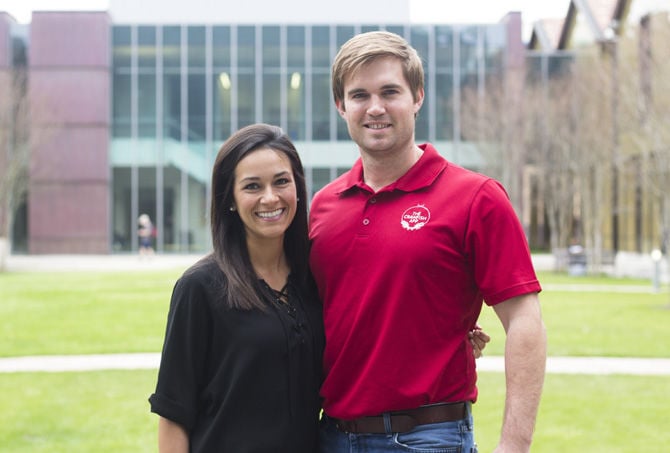 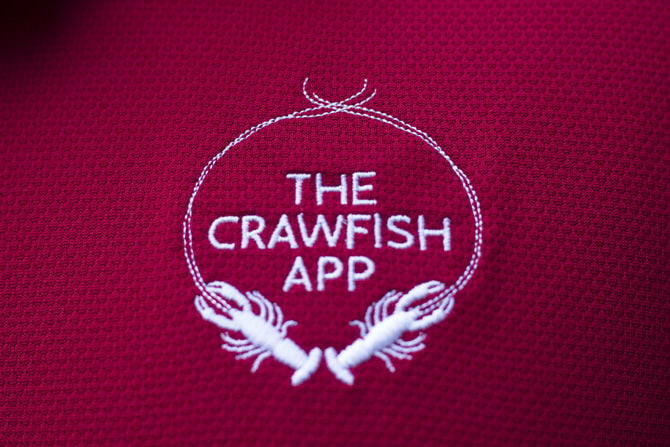 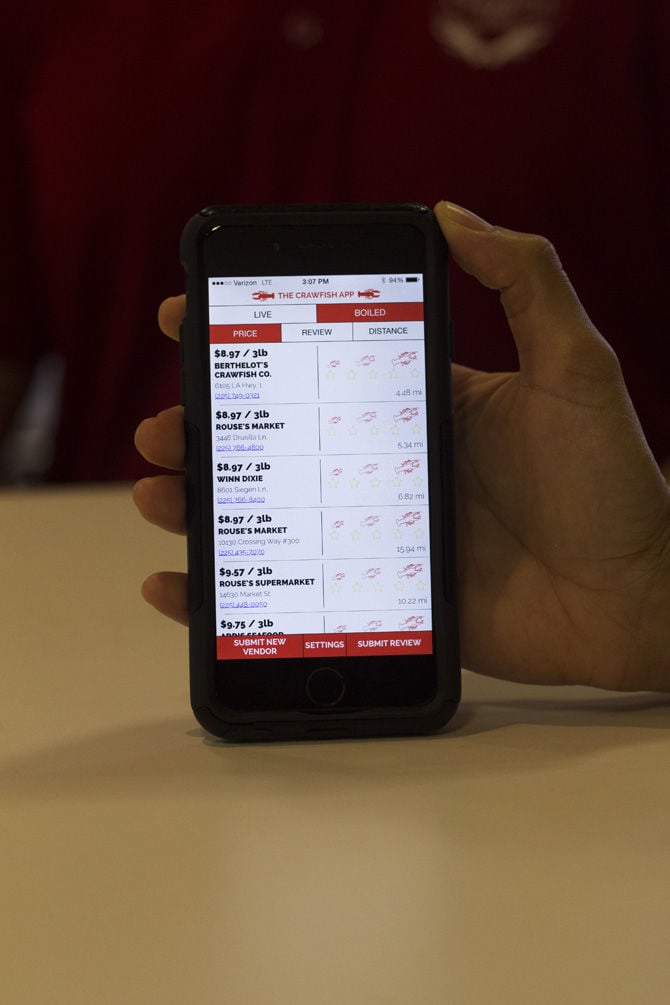 The Crawfish App is available for download in the iPhone app store.

The Crawfish App is available for download in the iPhone app store.

Eating crawfish is known for bringing Louisianians together, but finding a good deal on the delicacy isn’t always common knowledge.

Ryan King, a University civil engineering graduate and current third-year law student, and his wife Laney King, a graduate of the Flores MBA program, have made the hunt for the best crawfish only a few swipes away.

“We were driving around one day, looking for crawfish,” Ryan said. “After like an hour of calling people, I kind of just said ‘Ya know, I can’t believe nobody’s made an app for this. We should try it out.’”

With Ryan’s engineering background and Laney’s business knowledge, the couple combinedtheir skillsets in January 2013 to create The Crawfish App.

The Crawfish App allows users to filter their search for live or boiled crawfish based on price, distance and reviews. The app is free for users to download on any iOS or Android device.

“If you’re having a big boil with 200 pounds of crawfish, 20 cents a pound makes a difference,” Ryan said.

After four years of finding programmers, meeting with a designer, having two children and working full-time jobs, the app finally released on Feb. 6, 2017.

“We had a few phases in mind,” Laney said. “Phase one was a successful launch. The next phase is making it as user-friendly as possible.”

The couple said the reviews feature will be released within the week. The feature will require users to log in through the app or through Facebook and submit reviews for vendors. Ratings of one to five stars are available, as well as icons to indicate each vendor’s crawfish sizes.

Both Ryan and Laney said they received positive feedback from vendors since the app’s release. They said the app started with 130 vendors and another 75 were interested in joining within the first week.

The couple said they have received vendor requests from Houston, the East Texas area and Missouri.

Currently, the Kings said they call the vendors in their database every Thursday to update the app with weekend prices. However, they said they are in the process of developing an interface to allow vendors the opportunity to log in and update their own prices more frequently.

Users also have the option to add vendor information to the app themselves.

“The vendors are thrilled,” Ryan said. “We’re happy because it leads to a more competitive marketplace for the users. It’s really a win-win situation all-around.”

The couple said they want every vendor and restaurant to be on the app. They said farmers who have never sold crawfish to the public have become a part of the app because they think they offer the best prices.

Ryan and Laney said while the app is free, they hope to find sponsors and advertisers involved in The Crawfish App and use the advertising to make a profit.

“Having this app out, and just the excitement it generates, I guess you kind of get a feel for an entrepreneur that starts their own business,” Ryan said. “Just to wake up every morning and be pumped about what you’re going to do for the day — it’s so cool to have something you’re that excited about. It’s a thrill.”

LSU Student Government has created a way to bridge the gap between campus and the Baton Rouge community through a brand-new website.

Natalie Anderson is the editor in chief of The Daily Reveille. She's a senior journalism student minoring in political science and psychology. She can be reached at editor@lsureveille.com.

Rain showers in the evening will evolve into a more steady rain overnight. Low 63F. Winds SW at 5 to 10 mph. Chance of rain 70%. Rainfall near a quarter of an inch.