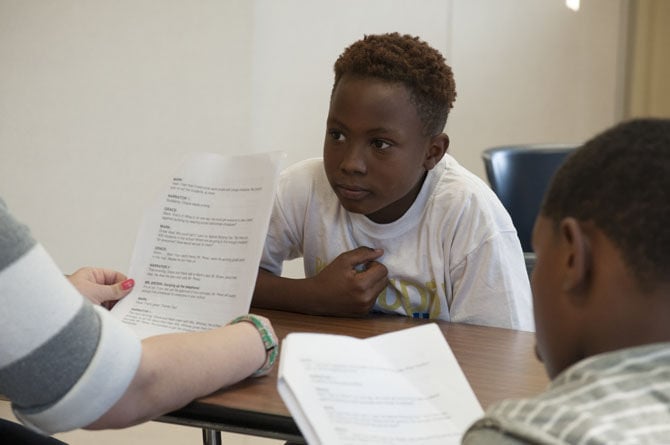 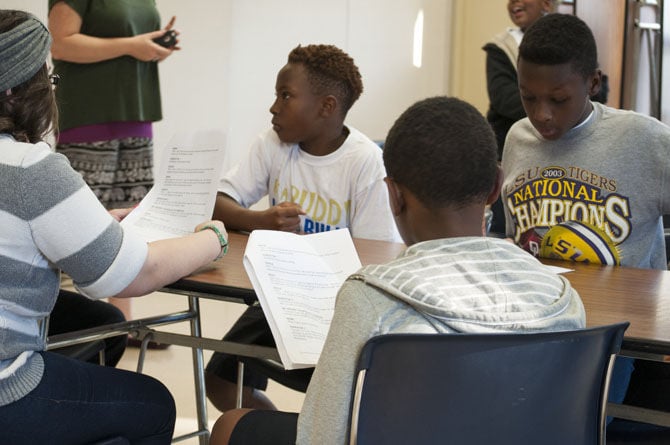 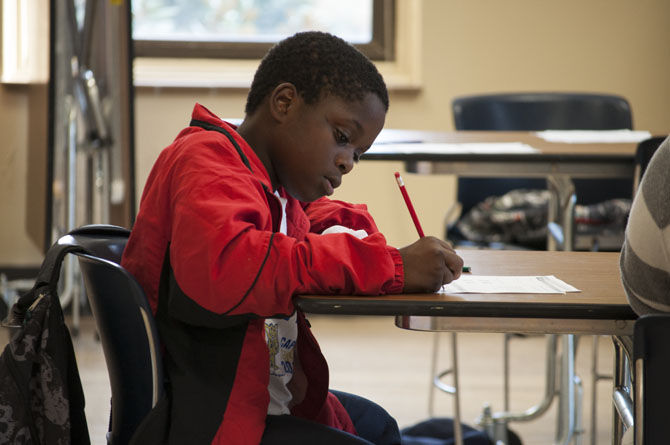 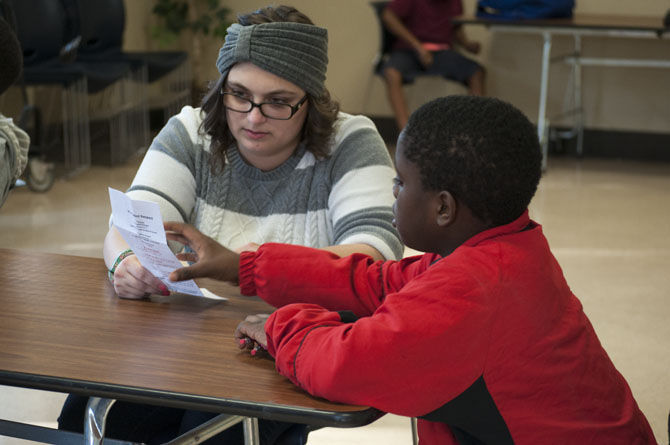 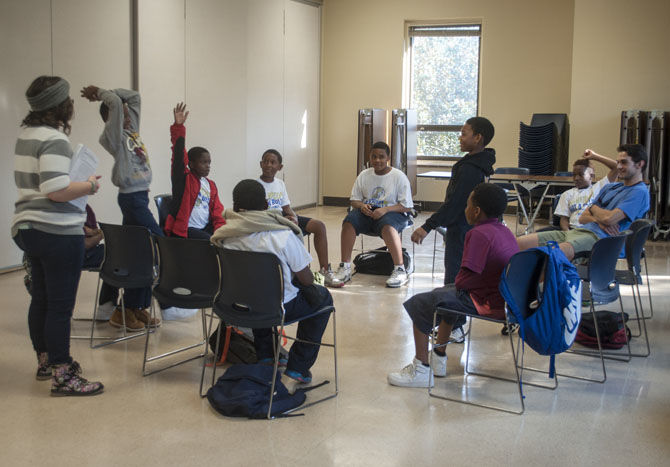 Melanie Washington opens the door to 225 Peabody Hall each afternoon, Monday through Thursday, welcomed by dozens of fourth- and fifth-grade boys who relish their time under the campus’ stately oaks and broad magnolias.

YEP Village is the product of a three-year grant from the Louisiana Office of Minority Health to the university’s Office of Social Services Research and Development, which is part of the LSU College of Human Sciences and Education.

The grant allows people like Washington to teach violence prevention and self-empowerment techniques to 9- and 10-year-old African-American males from at-risk communities.

“It’s about preventing African-American males from entering into the juvenile justice system and to make sure they never engage in criminal behavior,” Washington said.

Since its inception in September 2014, the program has served up to 64 African-American males. Washington said there are currently about 50 boys enrolled, with roughly 22 interns, LSU service-learning students and volunteers to help.

She said the program’s focus is rooted in statistics showing African-American males as the most incarcerated demographic.

Washington said YEP tries to cut off the “school-to-prison pipeline,” a term that refers to pushing at-risk students out of school and into the American criminal justice system.

Washington, who is African-American, said she relates to the boys in the program and came from a similar background. She said she hopes to steer them away from a life of crime and violence.

“This population is dear to my heart because they could be my children,” Washington said. “I can identify with them.”

YEP is divided into three components: Positive Action, Academic All-Stars and Enrichment. A Family Engagement component was added later to evaluate the success of the program.

Positive Action includes lessons on proper social behavior, fostering a healthy self-concept and the importance of surrounding yourself with a positive group of peers. The adults, student interns and volunteers also model the behavior they expect from the boys.

Academic All-Stars strives to introduce education as a pathway to success. Service-learning students from LSU achieve this goal by helping the boys with their homework and tutoring them on a regular basis.

Enrichment consists of groups of boys putting puzzles together, playing baseball outside as a team and several other team-building activities. Over the summer, Washington said YEP students sewed pillows for themselves as part of an enrichment exercise.

She said YEP tries to show the boys the value of an education by introducing them to as many creative outlets as possible.

“One of our main focuses is to cut down on the suspension and on them not going to school,” Washington said. “So we’re trying to keep up their attendance and grades,”

The Family Engagement piece works to keep the participants’ families connected to their children’s lives. YEP hosts monthly workshops so families can see what their sons have learned.

Washington said these four aspects of YEP Village make it unique in its approach to seizing educational opportunities. She said she hopes to connect the boys to similar programs, such as LSU Upward Bound and U.S. Dept. of Education’s Talent Search program, after YEP expires in two years.

“I hope that every kid here leaves feeling like he has a purpose,” Washington said. “I don’t want to just drop them off after three years.”

Scattered thunderstorms, especially in the evening. Low around 70F. Winds SE at 5 to 10 mph. Chance of rain 40%.

A few clouds from time to time. A stray thunderstorm is possible. Low 71F. Winds ESE at 10 to 20 mph.

Widely scattered showers or a thunderstorm early. Then partly cloudy. Low 71F. Winds ESE at 10 to 15 mph. Chance of rain 30%.