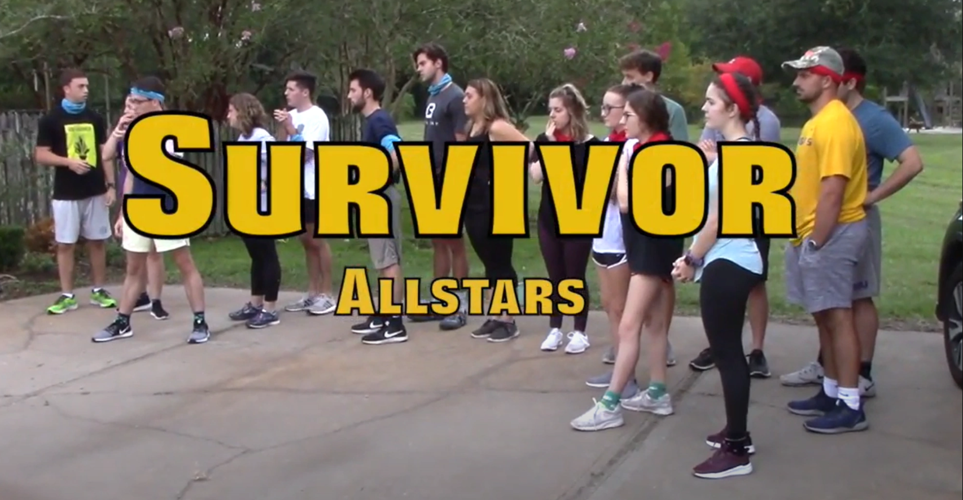 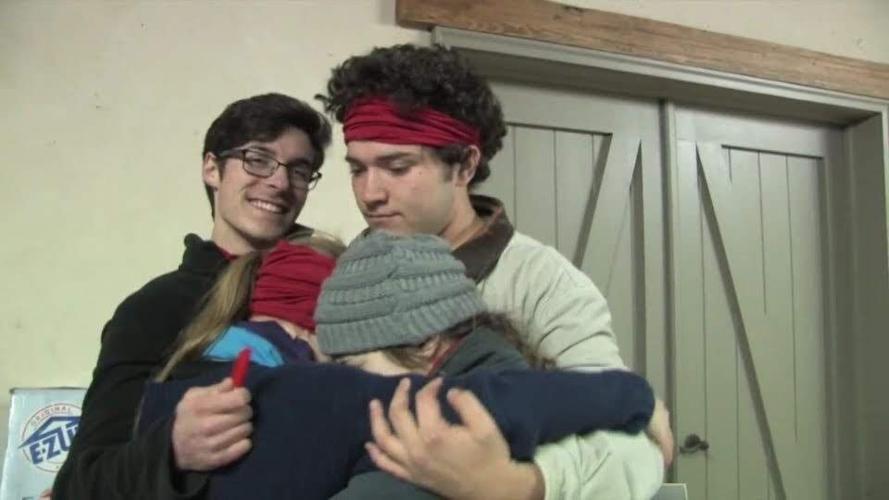 LSU alumnus Taylor Luke hugs players during one of his one-day "Survivor" recreations while LSU alumnus Matthew Hensarling smiles in the background.

LSU alumnus Taylor Luke hugs players during one of his one-day "Survivor" recreations while LSU alumnus Matthew Hensarling smiles in the background.

Taylor Luke began recreating “Survivor” at his multi-acre home in Lafayette at 12 years old after becoming a fan of the CBS show. He gathered a small group of friends together, played for about 80 minutes and posted a video of it on YouTube. In the words of the 2020 LSU alumnus, it was “just messy.”

Twelve years later, his games now last from 7:30 a.m. to 2 a.m. He recreates the intricate games, puzzles, and twists from the show and incorporated other reality competitions like “Big Brother” into the franchise as well. He and his crew have filmed, edited, and posted over 1,000 videos of the competitions to his YouTube channel titled after him.

Over 300 people have participated in his games over the years — from family to friends to complete strangers — all competing for the win, even if there’s no prize.

“It’s the ultimate icebreaker, if I’m honest,” said Luke. “It feels very much like a vacuum, like its own world when you’re in it. I wouldn’t say life or death, but it feels very high stakes because you want to stay in the game.”

During the 17 hours of gameplay, players form alliances, compete for advantages like immunity and vote each other off one by one. Those who are eliminated enter the “jury” and vote on who should win the whole game at the end.

Luke and his film crew record each interaction, as well as “confessionals,” where players speak on their emotions and strategies throughout the day.

Potential players reach out through a sign-up sheet on his Instagram account, most of whom heard about the game via word of mouth. As game-master, Luke meticulously arranges each game and its cast to ensure competition is fair. No participant can know more than three people on the cast, ensuring people branch out to form alliances.

As a result, Luke said the games have created long lasting friendships among participants after they leave the competition. Luke’s games have even resulted in players getting married down the line.

“I really want to stress that it feels like a community when you’re there,” Luke said. “I know it’s weird to say, especially given the cutthroat nature of the game, but it really does have a weird way of pulling people together at the end of the day.”

Over the years, several players have developed their own reputations among the community — some underdogs, some heroes, some villains. Matthew Hensarling, a 2021 LSU alumnus, is a well-known “villain” to players of the game, having played “Survivor” six times since 2013 and “Big Brother'' seven times since its creation in 2014.

Though most often recognized as a manipulator when playing, Hensarling never enters the game with a strategy — he waits until he meets the other players before deciding what role he wants to play, which could be a leader, a silent player, a villain or an underdog. One of his favorite things about the games is that they allow players to express sides of themselves that don’t normally show in everyday life.

“I do own [being a villain],” Hensarling said. “I’m not a villain in real life. I love people and I love connecting and kindness and honesty. In the games, it’s interesting to become a character and allow that to be a thing I’m not ashamed of. It’s like another form of self-expression — allowing yourself to access parts of yourself that you can’t really access in real life.”

Hensarling’s favorite players to compete with are Luke’s family, who all participate in the games — Luke’s father, Bob Luke, and mother, Deedee Luke, often take off work for the games so they can either play or cook for the participants. Thomas Luke and Mass Communication junior Emma Luke, Taylor’s siblings, are well-known MVPs in the games as well.

Hensarling noted DeeDee’s ability to form and pull alliances, which makes her one of the most fun to play with.

“She’s (DeeDee) one of my favorite players,” said Hensarling. “She takes people under her wing and she’s a very loyal player, but she’ll do what it takes as well.”

In high school and college, Luke hosted games about four times per year at his Lafayette home. Following graduation, he moved to Austin, Texas to pursue a law degree, and while that makes it more difficult for him to host games, he said he has no intention of quitting anytime soon.

Partly cloudy this morning, then becoming cloudy during the afternoon. High 84F. Winds light and variable.

A few clouds from time to time. Low around 60F. Winds light and variable.