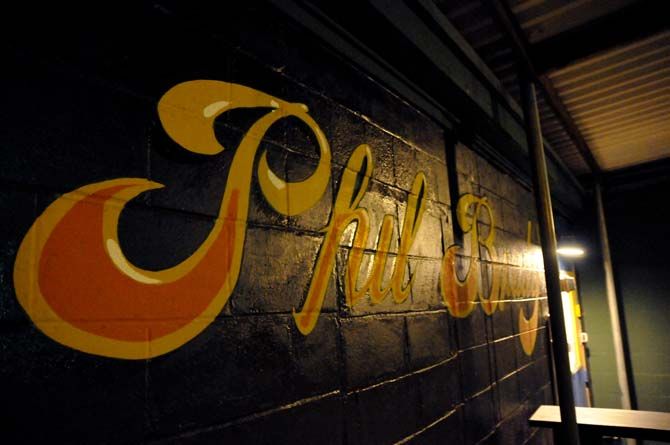 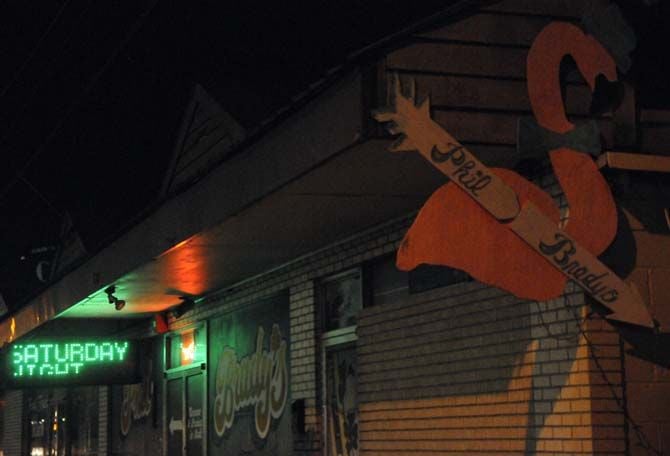 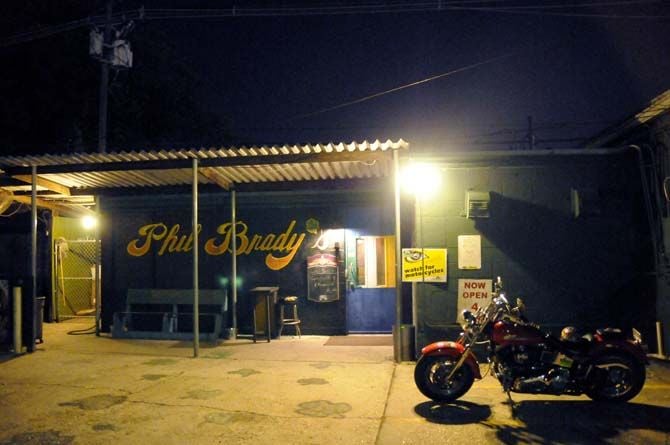 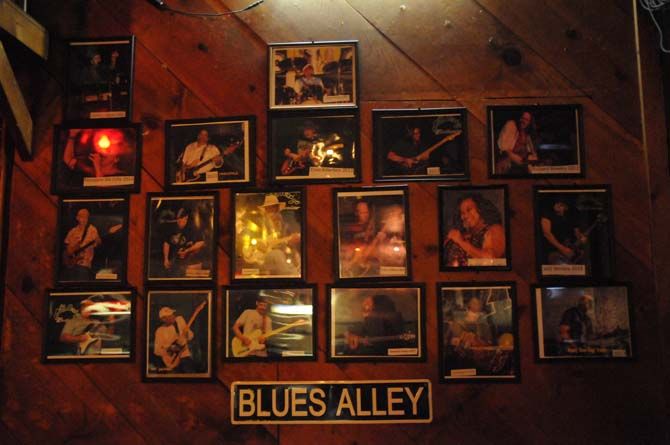 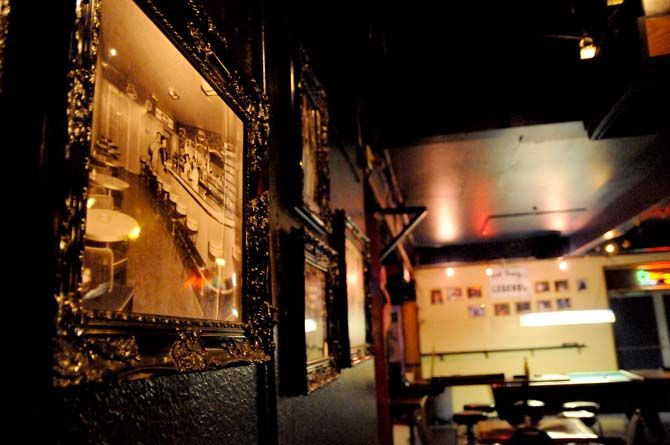 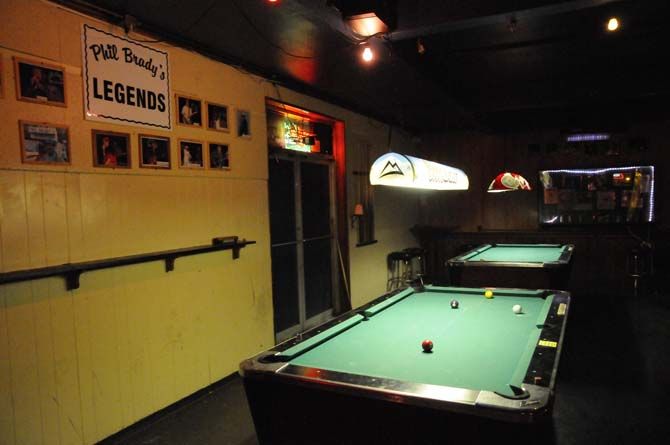 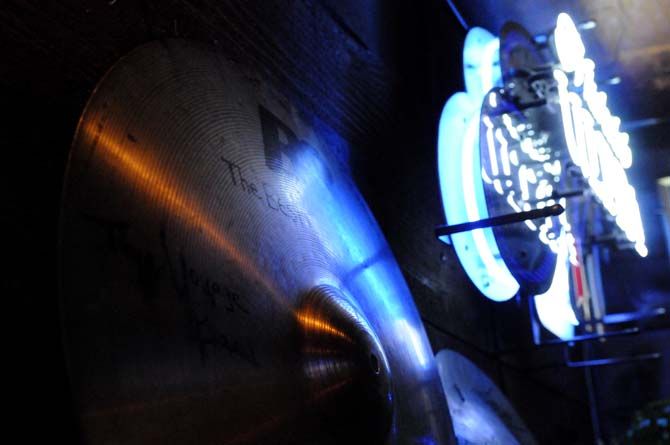 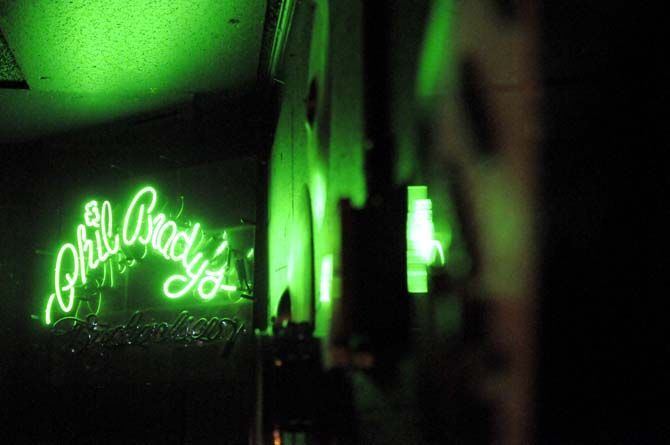 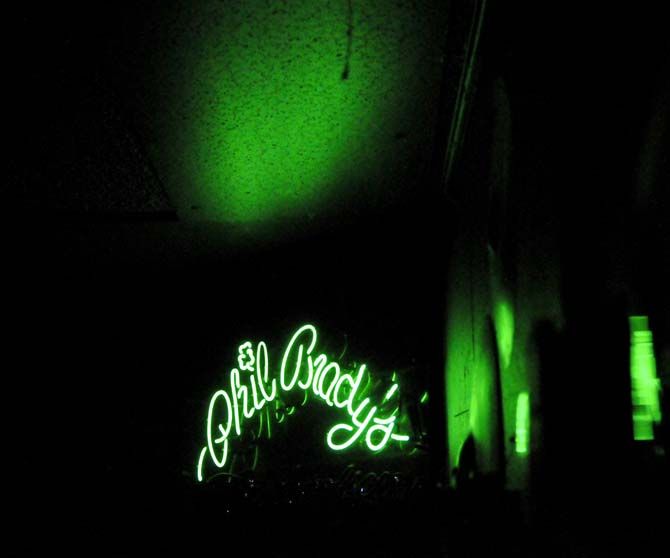 The Irish pub-style bar with low lighting and a casual atmosphere, located at 4848 Government Street, draws everyone from blues musicians to college students.

Brady opened a bar called Magoo’s on Chimes Street in 1974, but he moved his business to its current location in 1978 and renamed it Phil Brady’s. Its current location was formerly home to a bar named Angelo’s, which operated for 26 years.

“I bought the place 11 years ago,” said current owner Joe Hall. “But Phil Brady still comes around all the time. He’s very involved.”

Phil Brady decided 28 years ago to dedicate one night every week to blues music. Every Thursday night, dozens of local blues musicians gather for an all-night, freeform blues jam. If you play an instrument and you’re interested in the blues, show up with your gear on a Thursday night for a chance to get on stage to jam with some of Baton Rouge’s best blues musicians.

“Some truly great names in the worldwide blues scene got their start right here in Baton Rouge at Phil Brady’s,” said bartender John “Smokie” Foley. “Many of the blues guys that come in here have toured all around America and Europe, but they choose to stay and play at Phil Brady’s because of the great atmosphere and the friendly local crowd.”

Thursday night jam founder Shannon Williford is set to return to the bar on October 2 to host that night’s jam.

“A $1 burger from Phil Brady’s is a great option for college students before or after a night at the Radio Bar too, since it’s less than a mile away,” Foley said.

The bar also often offers open mic nights earlier in the week, which gives aspiring musicians a chance to bring their owns band to get up on stage, even if it’s their first gig.

Every Friday and Saturday night, Phil Brady’s hosts live entertainment, typically blues-influenced or hard rock bands, but including all kinds of art, such as films and other performances.

Though patrons only have to be 18 years old to enter the bar, it’s predominant crowd is older than college-aged, with patrons ranging from construction workers and full-time musicians to doctors and lawyers.

Also, students lamenting the University’s new smoke-free policies may find some solace in the fact that the bar still allows smoking indoors, though more and more bars are disallowing it.

Phil Brady’s charges a $5 cover on Thursdays and $5 to $10 for almost all other live music events.

The next Thursday night jam will be tonight from 7 p.m. to 2 a.m.

Thunderstorms likely in the evening. Then a chance of scattered thunderstorms later on. Low 71F. Winds SE at 5 to 10 mph. Chance of rain 80%.