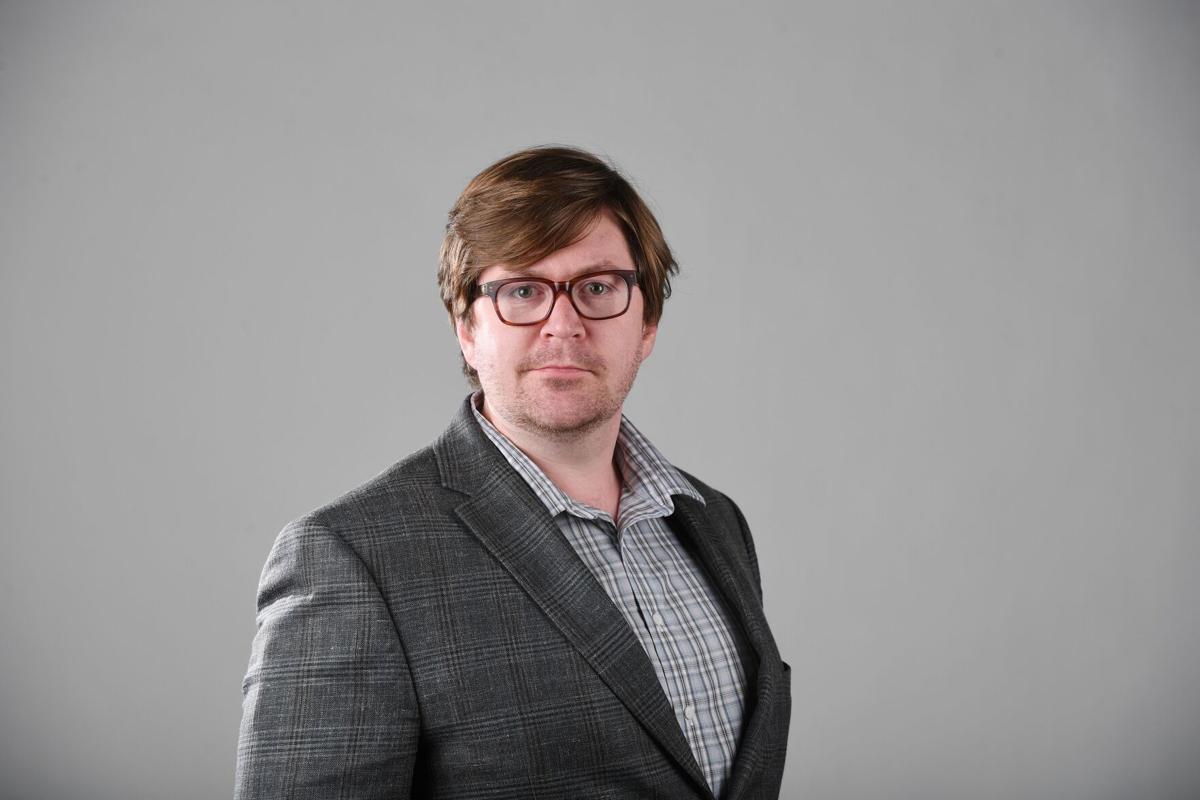 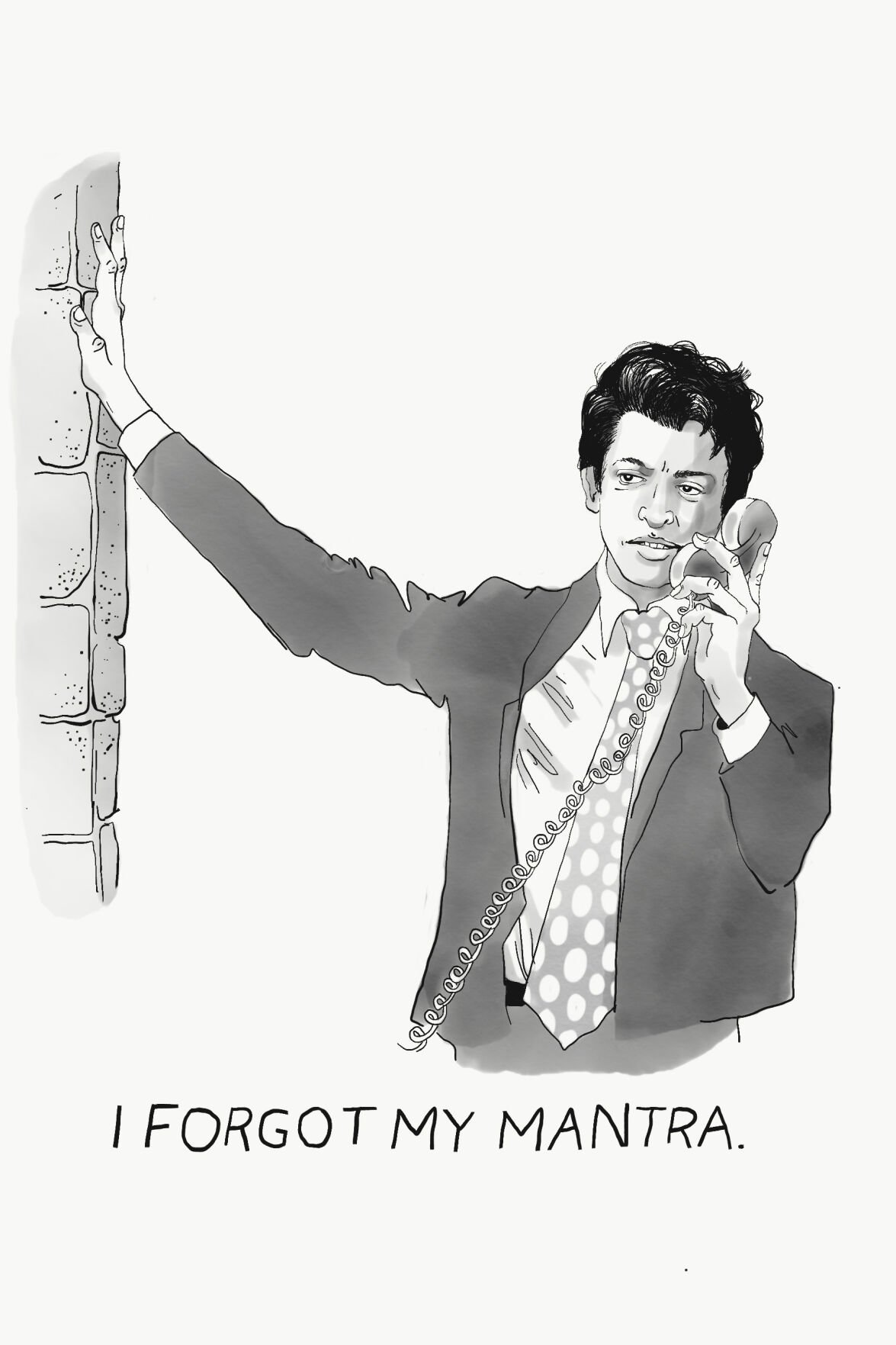 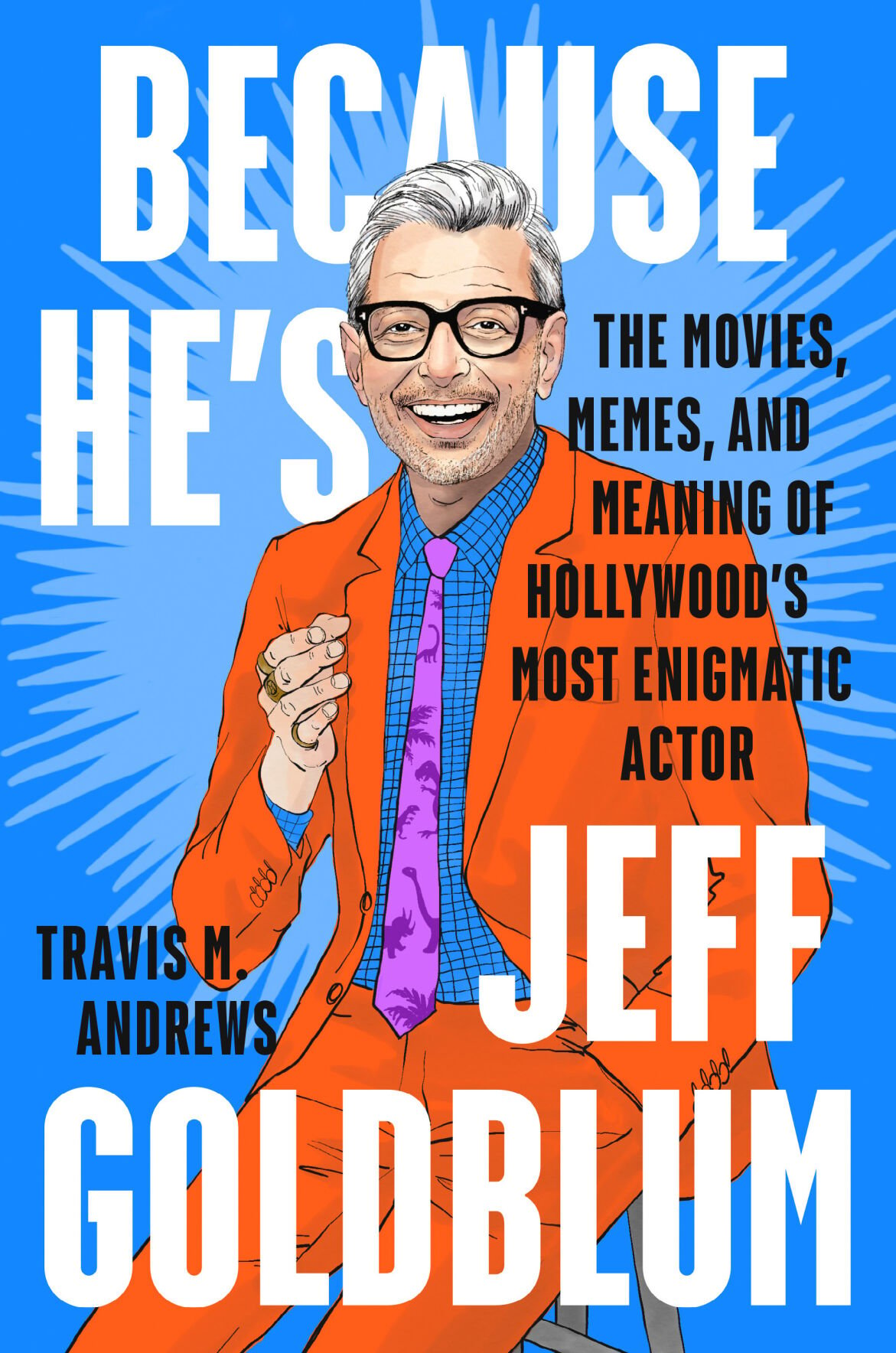 For Travis Andrews, the answer to that question is easy. It’s in the title of his debut book: “Because He’s Jeff Goldblum.”

The 2009 LSU alumnus wrote a 320-page biography chronicling the actor’s eclectic career, from the movies to the memes to the music. But Andrews wasn’t always a Goldblum expert.

“If you had told me as a kid this is what my first book would be about, I would have said, ‘No, I think you’ve got me mixed up with some other Travis,’” Andrews said.

It all started in a newsroom.

“Whenever anyone asks me, ‘What should I be doing if they want to write for a living?’ I say, ‘Work at your student newspaper,’” Andrews said.

Andrews began working for LSU’s on-campus newspaper, The Reveille, during his freshman year. He wrote for and later edited the entertainment section. He’s made lots of memories in newsrooms over the course of his career—from last-minute editing fixes with the Reveille in Hodges Hall to conversations about Goldblum in his current position as a staff writer for the Washington Post’s Style section.

“One day in the newsroom, we were all kind of talking about how he's this internet phenomenon, and he's so still beloved,” Andrews said. “I remember asking, ‘why do people love Jeff Goldblum so much?’ And my editor at the Post was, like ‘oh, you should write a piece about it.’ So, I did.”

Andrews wrote a fun, conversational piece about the eccentric actor’s everlasting relevance and passionate fan base that was published by the Washington Post in 2018.

“Six/seven months later, or so, I got a call out of the blue from an agent, who said that she was looking for someone to write a book about Jeff Goldblum, and could she represent me?” Andrews said. As a creative writing major turned journalist, Andrews said, “I always wanted to write a book. I had that in the back of my head.”

He signed with the agent.

Andrews put together a 50-page proposal, a sample chapter and an outline for his prospective Goldblum biography. Plume, the Penguin Random House division specializing in pop culture nonfiction, bought the idea.

“Which is the scariest moment,” Andrews said. “Because then they're like, ‘ok, now you have to write a book.’ You’re like, ‘oh, oh wait. The whole thing?'”

Andrews said although the idea was daunting at first, he broke it down and decided to take it one chapter at a time.

“In the end, it's no different than writing a piece for the paper,” Andrews said. “It just happens to be way, way, way longer.”

The book is an unauthorized biography, so Andrews never talked to Goldblum himself; however, he did interview several of Goldblum’s costars, directors and collaborators. One of Andrews favorite conversations was with Harry Shearer, “The Simpsons” voice actor who stars beside Goldblum in the 1983 film “The Right Stuff.”

Lots of research went into creating an accurate profile of Goldblum, “Hollywood's most enigmatic actor.” The entire process took about two years.

“My favorite type of story is when you have a question that you want to answer, and you have to keep digging deeper and deeper,” Andrews said, “and, as you dig, you find out weirder and weirder things that you can put in the story. This was a perfect example of a subject that, you know, the more I dug, the more I was enchanted and curious.”

Andrews said he printed out folders and folders worth of news articles about Goldblum and countless drafts of the book. All that information is stored in boxes under the bed. With the book’s release date set for May 4, Andrews’ living room is now filled with boxes of the finished product.

“The night I got it, I sat there, and I read through it,” Andrews said. “Talk about an out-of-body experience.”

He dedicated the book to the title subject: Jeff Goldblum. Andrews said he hopes Goldblum will read the book one day, although he’s not so sure he would read a biography about himself.

“I think, in the end, I'd read it. Maybe with one eye closed and really fast,” Andrews said.

Andrews said personally, he’s not a big biography reader. With any subset of facts just a click away on Google, he tried to make “Because He’s Jeff Goldblum” into a book that’s both entertaining and joyous to read.

While the biography surveys fame and celebrity in the age of the internet, looking into the ways social media affects culture, it is also filled with quirky anecdotes, like Goldblum’s throat lozenge obsession.

“For all the things I was trying to explore,” Andrews said, “what I really hope people take away from the book is that I hope it just makes people happy, and they have fun reading it. I want it to entertain people. I want people to enjoy it.”

“Because He’s Jeff Goldblum” is available for pre-order now.