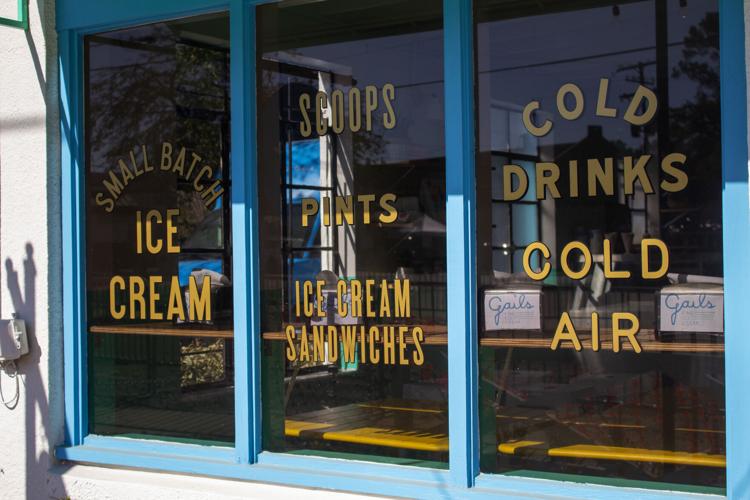 Newly opening Gail's Fine Ice Cream displays their variety of ice cream Sunday, March 20, 2022, on their windows at the Overpass on 3025 Perkins Rd. 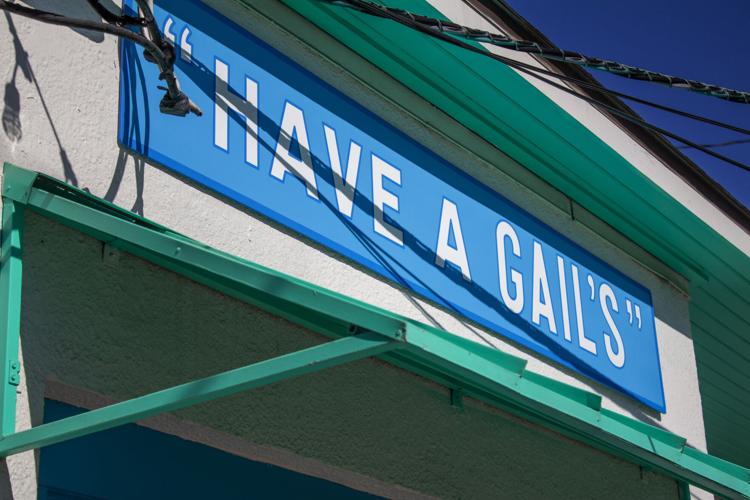 A new local ice cream shop has now graced the Perkins Overpass with its colorful atmosphere and nostalgic batches of artisan ice cream.

Co-owner Nick Hufft, who also co-owns The Overpass Merchant, Curbside Burgers, Junior’s on Harrison and the original Gail’s Fine Ice Cream in New Orleans with Lon Marchand, says the shop will expand to 16 flavors soon. It potentially could reach as many as 24 flavors, with additions to the roster coming seasonally.

Rachel Caprera, the executive pastry chef for Hufft Marchand Hospitality, said the goal of their ice cream was to taste like memories while also using locally-sourced seasonal ingredients.

“We started talking about farm-to-table,” Caprera said. “How do you make all that really nice elevated food affordable and accessible to everybody?”

Included in the ice cream options is a strawberry flavor, which is made using fresh strawberries from Ponchatoula, along with the Cortado Crunch which uses steeped beans from French Truck Coffee to achieve the espresso-like flavor.

“We’ve been working on these recipes for a really long time,” Caprera said. “So we’re really excited to see what people think.”

Adding to the nostalgic flavors are options like "Little Monsters," which is mixed with Oreos and electric blue Madagascar vanilla, and Lemon Berry Ice Box Pie, which features lemon curd, berry compote and graham crackers. All their ice cream is mixed with high butterfat, creating a rich and creamy texture.

“It’s supposed to be comfy and cozy and make you happy,” Hufft said. “All we hope is when you leave after you eat ice cream, that you're happy.”

The design and decor of the shop also signal the dreamy innocence the flavors achieve. Bright blues and greens color the store while neon, gold and rainbow-colored text with old-school fonts loudly announce Gail’s Fine Ice Cream to the business-heavy Overpass district. The slogan, “Have a Gail’s,” is lovingly featured throughout the store.

“You've walked into an environment that you appreciate, that you're comfortable in and knowing that you can always come back and get that same experience over and over and over again,” Hufft said about the shop’s atmosphere.

To Hufft, the greatest part of Baton Rouge is the Perkins Overpass district since it is surrounded by great local businesses, bars and restaurants, including his own Overpass Merchant.

Hufft explained it was a no-brainer for Gail’s to open there since the ice cream shop could be close to neighborhood families, university and high school students and foot traffic from the surrounding restaurants.

“We’d like to get you after and have a cup of ice cream,” Hufft said. “These restaurants provide people with great neighborhood experiences. We want that experience to translate through our ice cream to you.”

Both Caprera and Hufft said they are looking forward to seeing what people think of their shop, and they’re excited to bring nostalgic ice cream to the Baton Rouge community.

“There’s not much in the restaurant world that I think makes people as happy as ice cream,” Hufft said.

Variable clouds with scattered thunderstorms. High near 85F. Winds E at 5 to 10 mph. Chance of rain 60%.

Partly to mostly cloudy with scattered showers and thunderstorms later at night. Low 73F. Winds SSE at 10 to 15 mph. Chance of rain 50%.