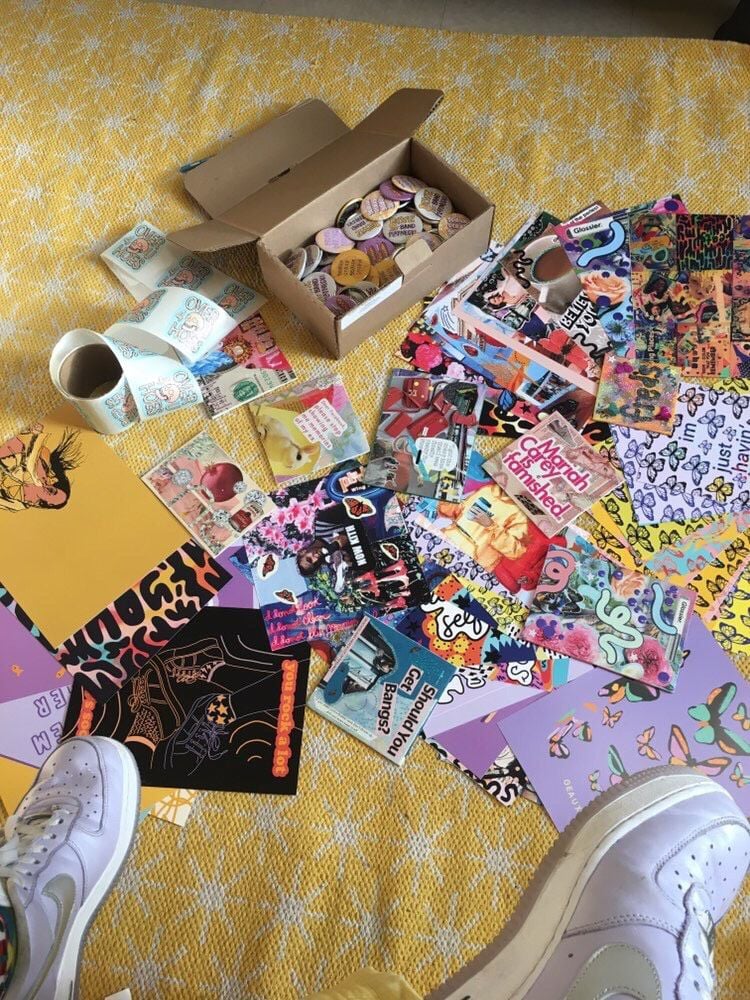 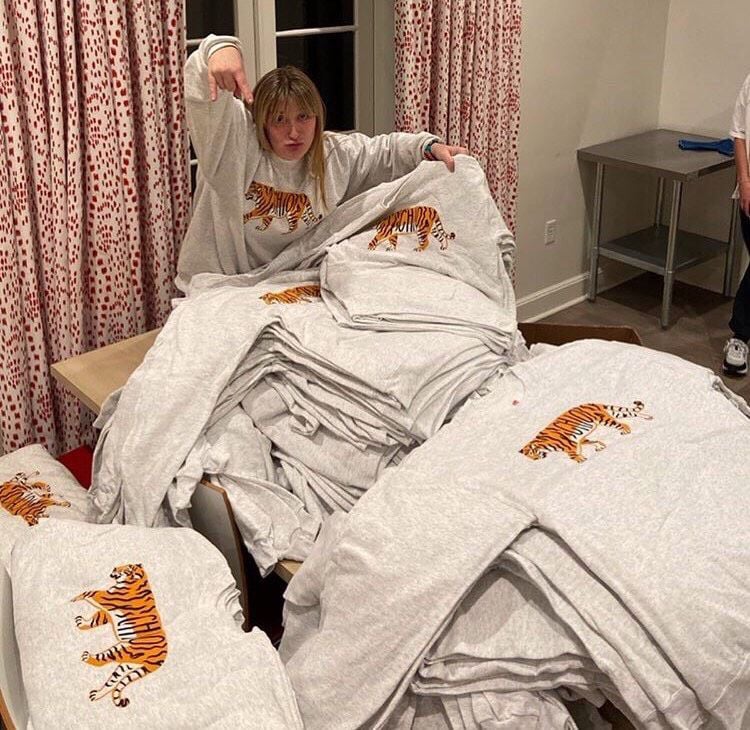 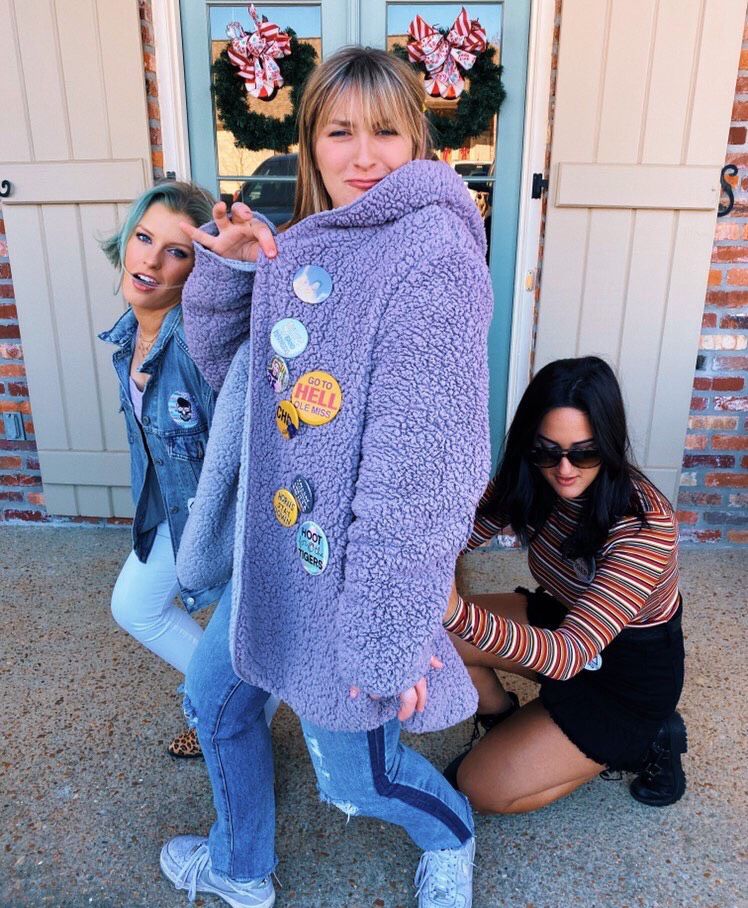 From the Chi O tiger to the “laissez les band play neck” buttons, Graphic design junior Nina Jalenak’s creations can be spotted all across campus.

The rising graphic designer created the Dance Marathon’s “Battle of the Bars” design that has become a sigil for the event. The artwork incorporates all the logo fonts of Tigerland bars to spell out the name of the event, a design featured in the event shirts which can be seen regularly on students who purchased one. Dance Marathon executives contacted Jalenak through mutual connections due to her reputation.

Jalenak’s wearable creations feature funky block fonts in colorful schemes and a matching digital drawing such as a tiger, a corndog or an abstract or print background. Her prints, in turn, are chaotic collages that integrate words and images into an ultimately-cohesive, simultaneously contemporary and retro work of art. She describes her design aesthetic as energetic, colorful, funky, lively and empowering.

Knowing she’d always been artistic, Jalenak wanted to study something that would combine her passion for creating art with a degree that would teach her useful, marketable skills that could translate and be applied in different fields. She chose graphic design due to its prevalence in the business world and the growing need for graphic designers across all fields.

“I’m from Baton Rouge so I’ve always seen girls in sororities and other girls wearing buttons and I was like ‘oh, that’s so cute. It would be really cute if someone in graphic design made it and did more fun stuff,’” Jalenak said. “My first button was the corndog button because it’s like a derogatory term to call an LSU fan a corndog so we reclaimed it and then it’s more fun and it’s kind of like an inside joke for the school.”

Jalenak started designing buttons as an LSU freshman. As a member of Chi Omega Sorority, Jalenak had the opportunity to share her buttons and designs with her sorority sisters. As they gained popularity, Jalenak expanded her market to be more inclusive of the general public. Now, her buttons are worn by many students on gameday and she serves as Chi Omega’s T-Shirt Chair.

Jalenak sells her work exclusively through Instagram where customers message her for commissions and at pop up shop events. She has participated in pop up philanthropy events for Chi Omega, Delta Zeta and Phi Mu. Most recently, Jalenak was a vendor inside Square 46, the complex which houses White Star Market, for White Light Night on Nov. 22.

“It was different because I’ve been doing pop up shops with my friend Grace,” Jalenak said. “Her Instagram’s @stuffgracemade and then mine’s @nina.jal. But we’ve been doing sales together at sorority philanthropy events so all the sorority girls love our stuff and other people come too. White Light was different because it was more adults, but it was still really cool and I’m glad we did it.”

With Christmas right around the corner, Jalenak’s designs are sure to liven up the bottoms of many Christmas trees.