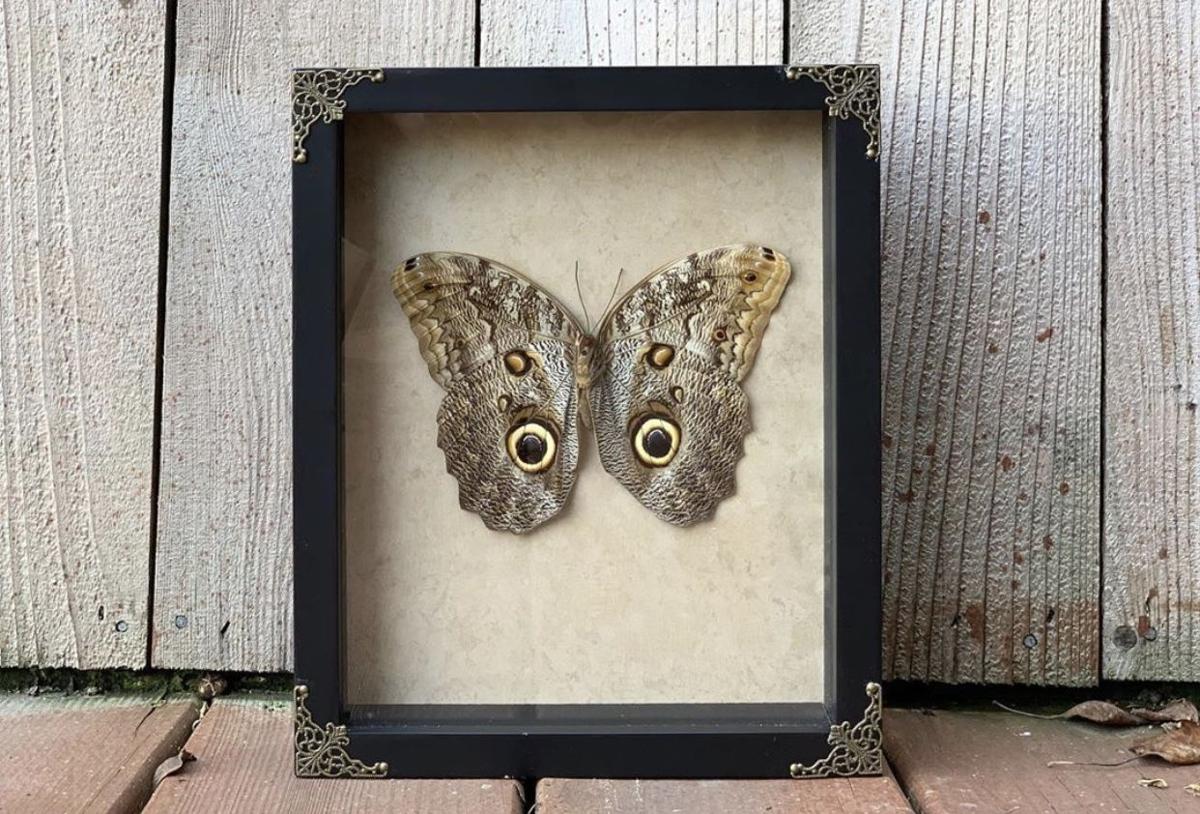 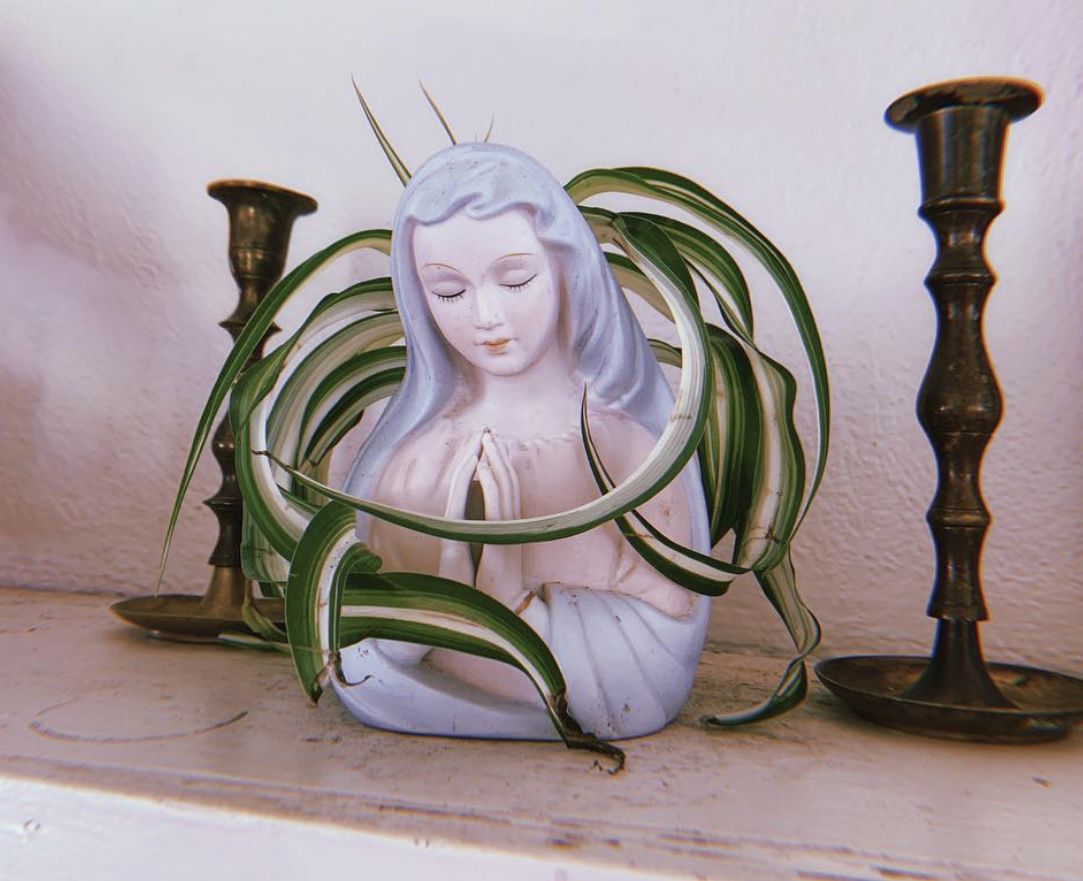 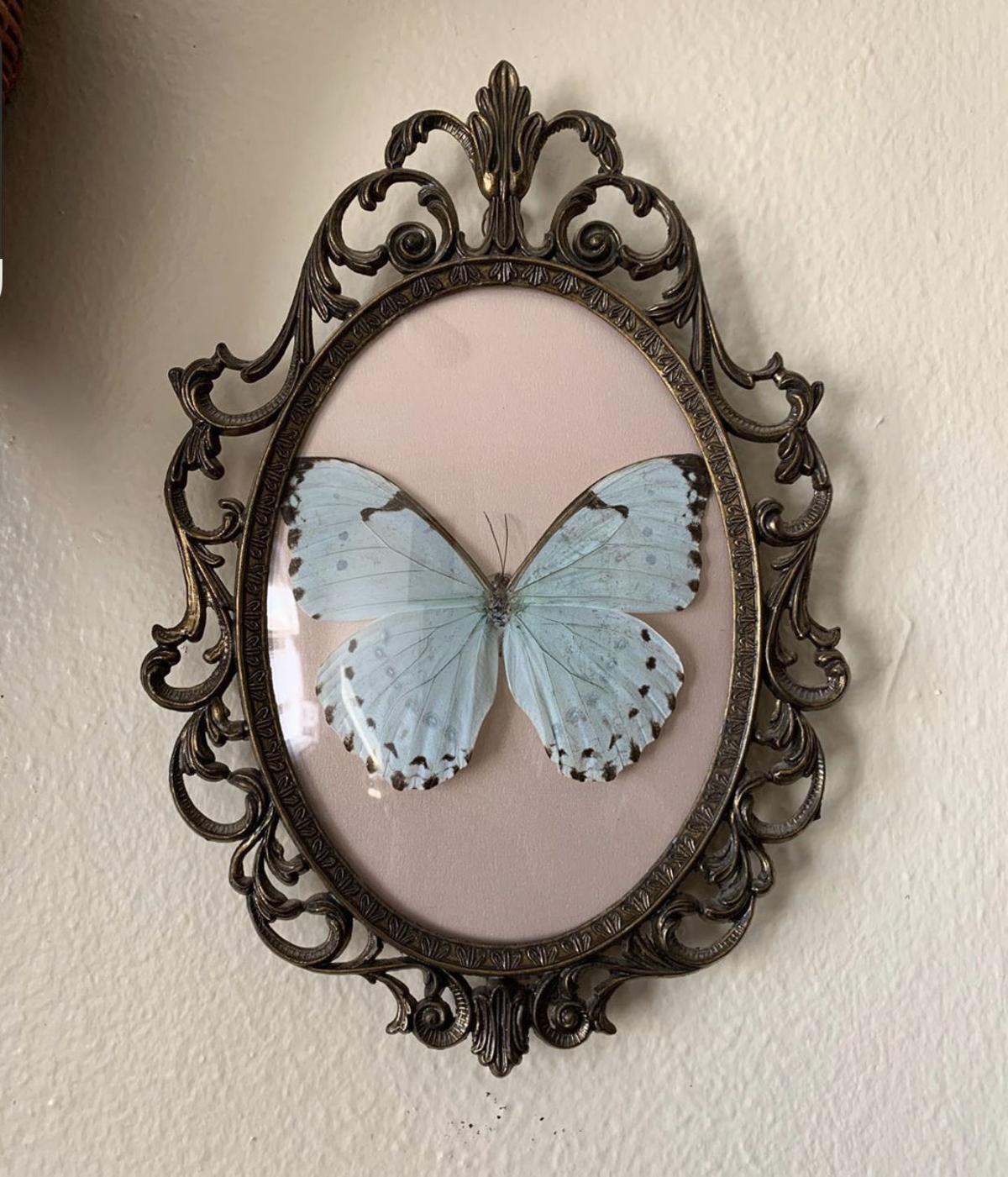 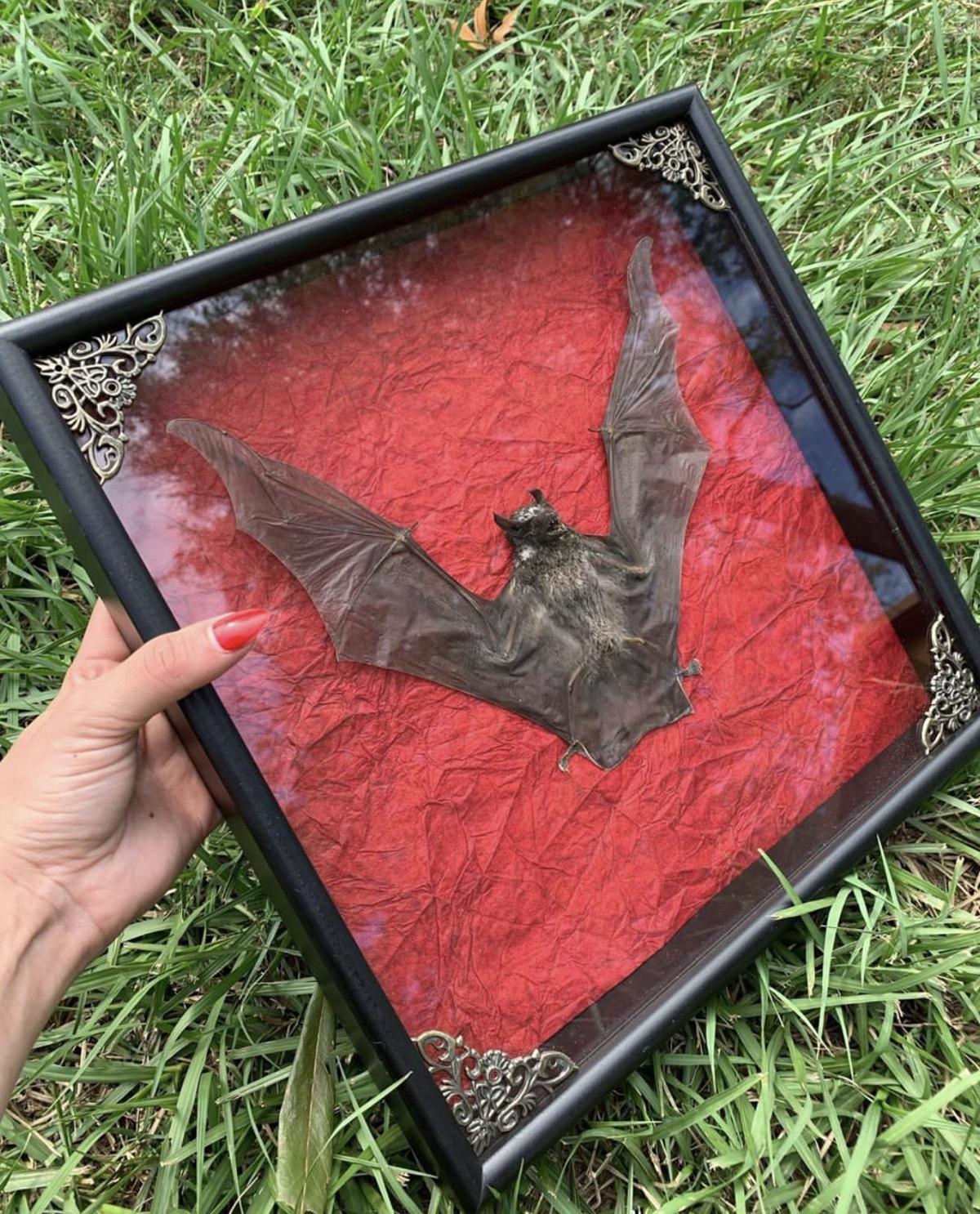 Local artist Shantell Gomez is working to put bug haters in a new frame of mind.

When she isn’t busy at her main job as a veternarian technician, Gomez is the owner and artist behind Framed Findings, a Baton Rouge business that specializes in preserving ethically sourced insects for display, as well as collecting and selling other curated vintage pieces.

Gomez said she began framing her own insects after she found a butterfly in her mother’s greenhouse in Mississippi. She preserved displayed it herself, and once her friends saw the result, they encouraged her to sell her work.

Gomez obliged, and in 2017 she began framing more insects and selling them to friends. Eventually other clients found her through her Instagram. Despite her growing business, she’s devoted to keeping her insects ethically sourced. She only uses insects that died naturally, often still collecting them on her own from her mother’s greenhouse.

Gomez didn’t have any background in framing insects before she decided to preserve her own, but she found the schooling she needed through tutorials online.

The process consists of three basic parts: dehumidifying, spreading and drying. Insects go into a humidifier overnight and when they come out, they are able to be spread and positioned for display. From there, they lay out for about two weeks to fully dry. After this, they’re ready for whatever project is coming.

Gomez said Framed Findings began specifically as a way to sell her creations, but she decided to incorporate her passion for vintage items into the mix as well.

“I’m a big thrifter,” Gomez said. “I go thrifting so much it’s ridiculous. I have a problem.”

Gomez said she thrifts all around Baton Rouge and New Orleans whenever she gets the chance, and her common stores include anything from the classic Goodwill to the more curated Aladdin’s Lamp. She looks for pieces that speak to her— anything with religious imagery or the dark and colorful typically stand out.

Gomez has transformed her own personal style into a business, but she also does commissions to make others’ ideas come to life. She has preserved and framed everything from butterflies to tarantulas, but her favorite project so far is something much less common in the United States.

“My favorite one would probably be the rhino beetle,” Gomez said. “I just like them when they’re spread. They look really cool and wicked.”

To see Gomez’s creations in person, stop by one of the many Baton Rouge small business events. In the past, Gomez has hosted her own art shows and appeared at Body Images Tattoo Clinic for pop-up events like White Light Night.

To see more of her work and purchase some for your own, check out @framedfindings on Instagram or Facebook.