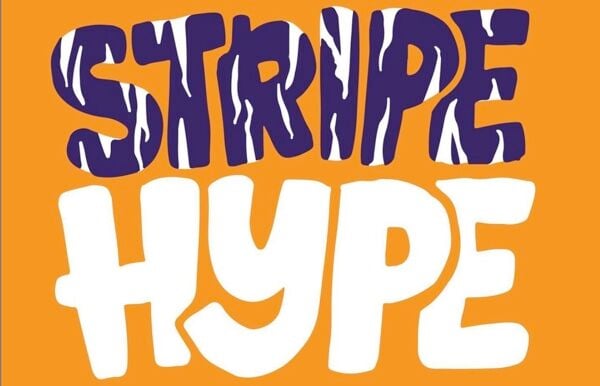 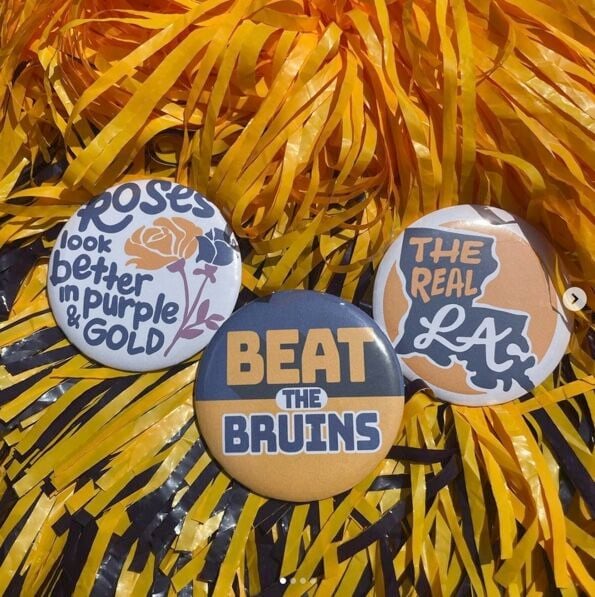 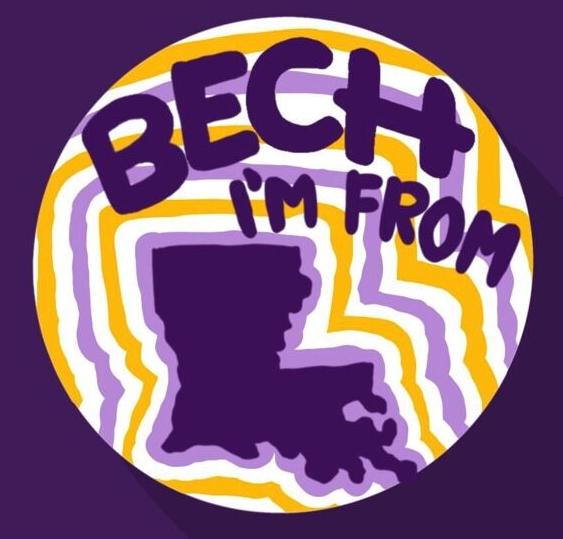 LSU football fans are notorious for using profane language and expletives toward opposing teams. What better way to show you’re a true Tiger than to wear a button on gameday that encapsulates just that?

Stripe Hype, a new local button-making business, wanted Tiger fans to be able to show their more expressive side on game days. Co-founders Cheston Mulford and Mallory Lacombe thought of the idea in early August before the first LSU game of the season against UCLA. While neither had any experience making buttons before Stripe Hype, the duo realized they could not resist adding some flair to a classic gameday tradition.

Their first collection of buttons, "Beat UCLA," was launched on Aug. 24, almost two weeks before the game. The collection included buttons saying “Beat the Bruins,” “The Real LA” and “Roses look better in purple and gold.” The response from customers after their first drop was positive for Stripe Hype.

LSU alumnus Mulford is a Shreveport native who now works full-time as a manager at Caliente Mexican Craving. Graphic design senior Lacombe works alongside him at Caliente and is from Walker.

“I’ve never made buttons before in my life. Cheston just had this really great idea to kind of take football fan buttons and put a little extra spin on them,” Lacombe said. "Alongside some good old LSU student section profanity."

Lacombe said that Mulford is the “brainchild” behind the LSU-specific slang and button ideas, while she draws and makes the aesthetically-pleasing game day accessory.

“I feel like I come up with the ideas, but that’s all. If [Lacombe] wasn’t here, all they would be are just ideas in my head,” Mulford said. “Mallory is the conduit to my ideas."

Their business has done well in reeling in students and LSU fans from all over to buy their buttons. While most gameday buttons have more modest language, Mulford, being an LSU alumnus himself, knows what the fans want when it comes to cheering on their Tigers and bringing down the opposing team.

“As you know, our fanbase is way more colorful than basic buttons that say ‘Beat Bama’ on them. No one in this area is making anything that actually says what fans want to say,” said Mulford. “We all know what we would like to say to other teams."

Their Instagram page includes photos of all their current button designs and prices.

When asked what their favorite button design was so far, Mulford and Lacombe both answered: “Auburn Ain’t S---t."