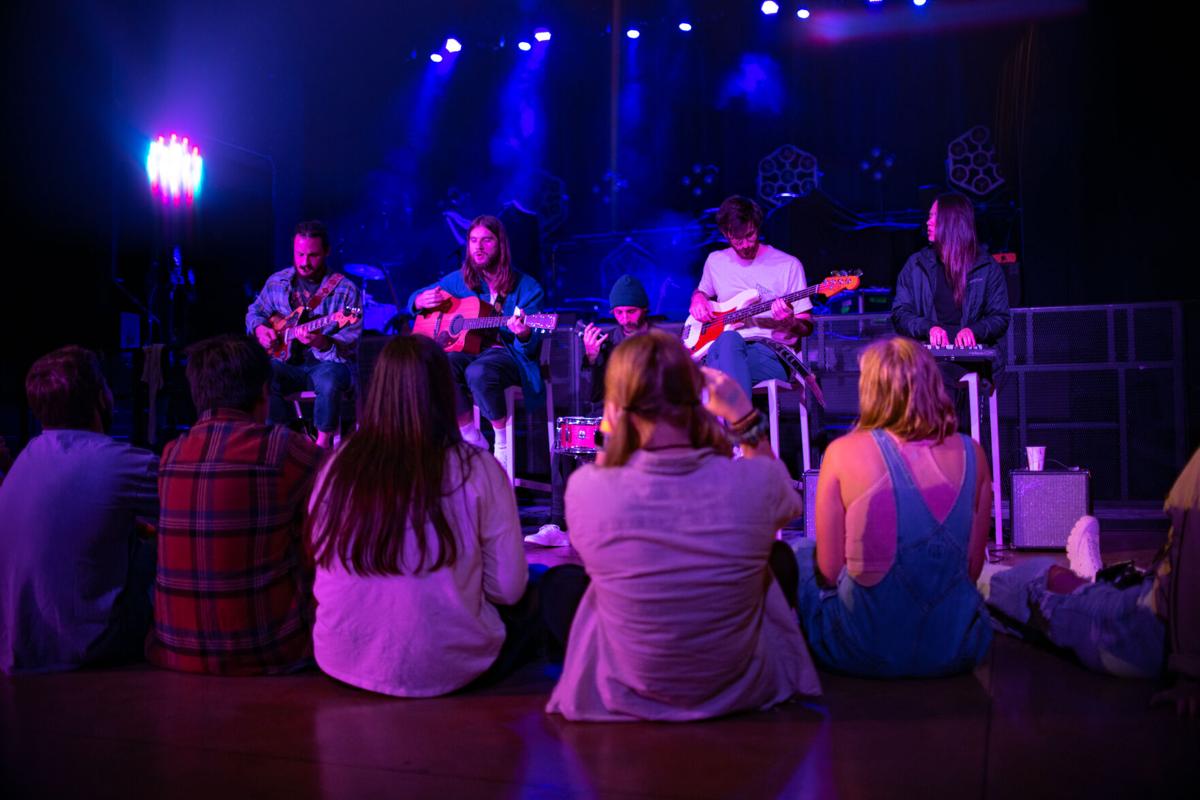 Mt. Joy performs "Silver Lining" in an intimate VIP acoustic set for a small number of fans Tuesday, Oct. 19, 2021, during their fall tour at the Joy Theater, which opened up for the first time since COVID-19, on Canal Street in New Orleans, La. 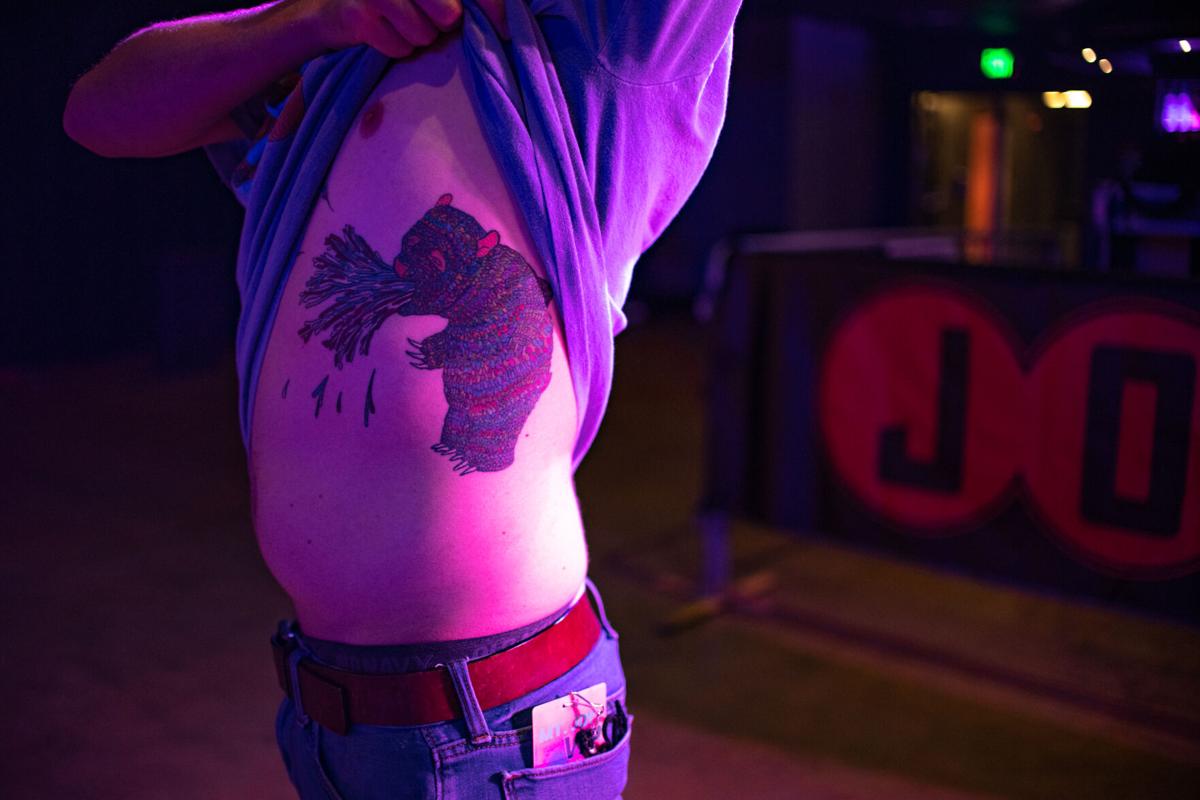 A VIP Mt. Joy fan raises his shirt to reveal a Mt. Joy tattoo Tuesday, Oct. 19, 2021, during their fall tour at the Joy Theater, which opened up for the first time since COVID-19, on Canal Street in New Orleans, La. 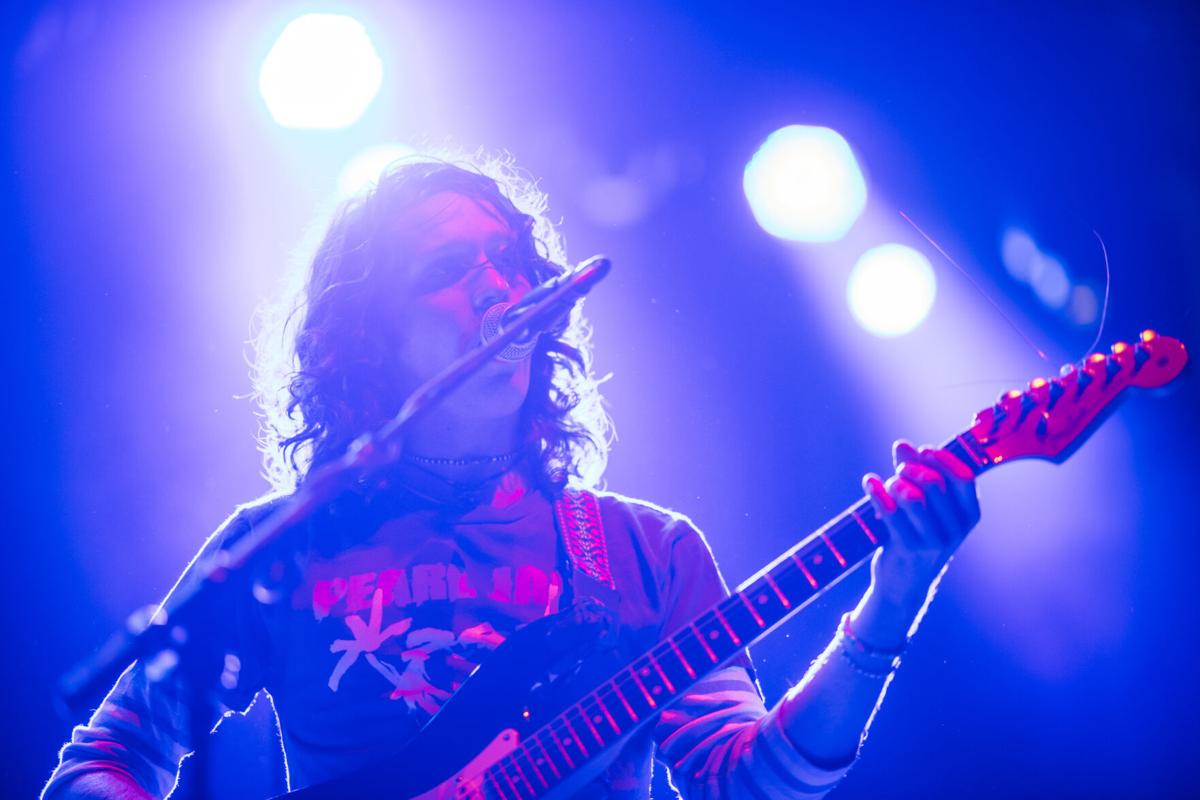 Briston Maroney sings "Bottle Rocket" on stage Tuesday, Oct. 19, 2021, while opening for Mt. Joy's fall tour at the Joy Theater, which opened up for the first time since COVID-19, on Canal Street in New Orleans, La. 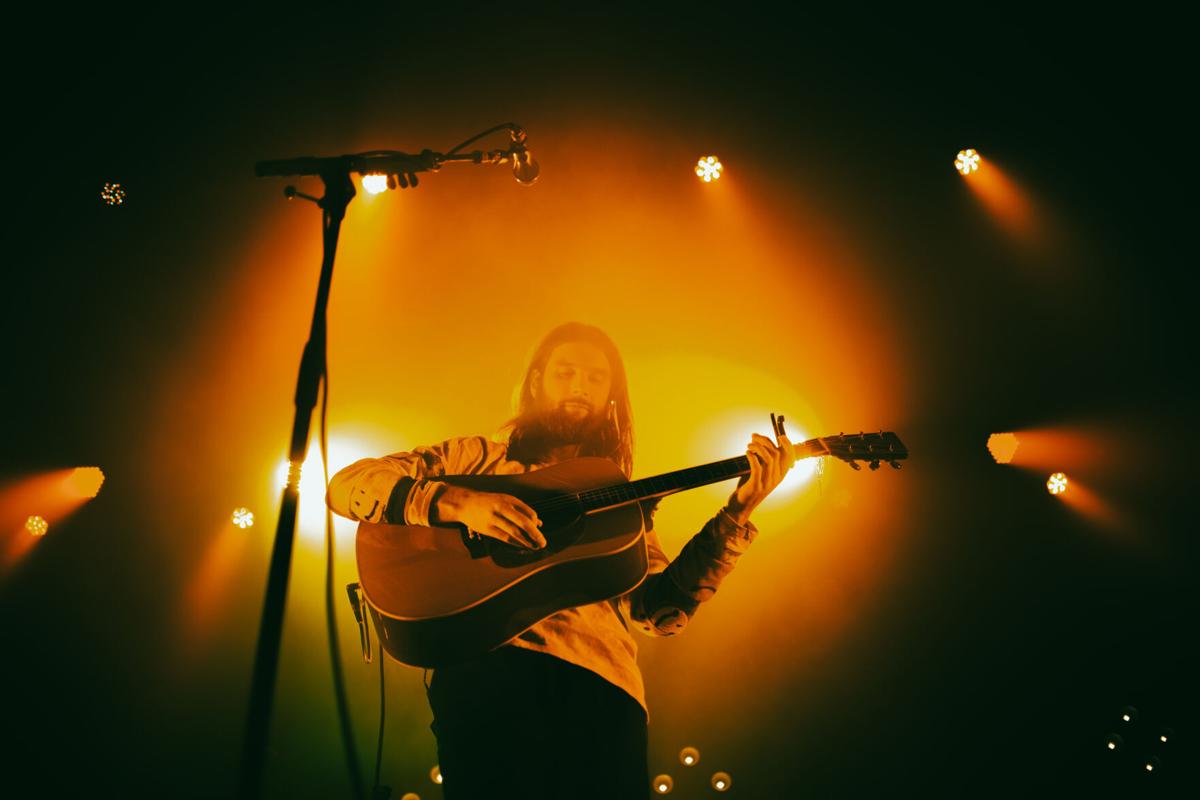 Matt Quinn of Mt. Joy opens up their set with "I'm Your Wreck" Tuesday, Oct. 19, 2021, during their fall tour at the Joy Theater, which opened up for the first time since COVID-19, on Canal Street in New Orleans, La. 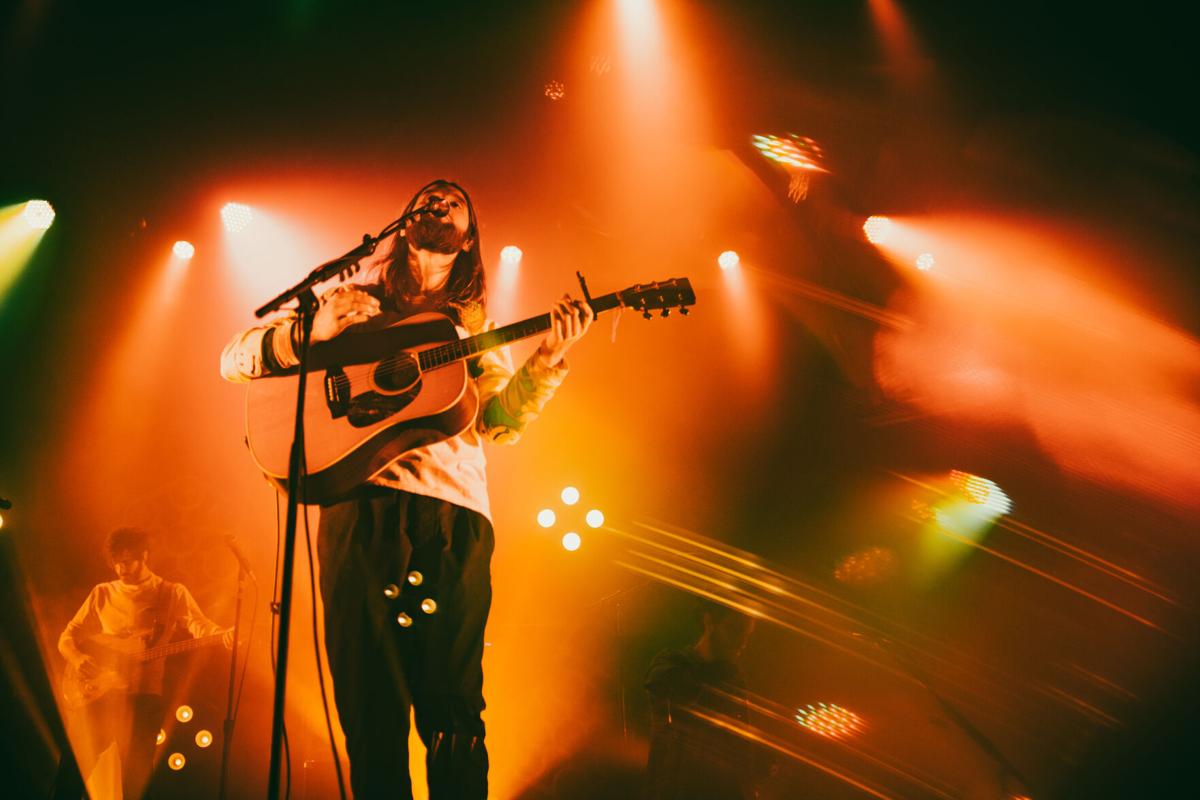 Matt Quinn of Mt. Joy opens up their set with "I'm Your Wreck" Tuesday, Oct. 19, 2021, during their fall tour at the Joy Theater, which opened up for the first time since COVID-19, on Canal Street in New Orleans, La.

The five-person indie rock band known as Mt. Joy arrived at the Joy Theater in New Orleans to perform their sold-out show for their Fall Tour on Tuesday, Oct. 19.

It was the Joy Theater’s first time opening since the start of the COVID-19 pandemic and there were a few complications.

"The concert experience with COVID is really what was expected, but I think COVID was the least of everyone’s worries after a catastrophic sewage complication occurred inside the Joy,” said construction management senior Briggs Brian.

Staff at the Joy Theater made sure everyone still had a good time and made accommodations for fans who were affected.

Before the concert, Mt. Joy invited a small number of fans inside for an intimate acoustic VIP session and meet and greet. The band was very grateful for their fans, and they were eager to get to know them. One fan sported a Mt. Joy tattoo on his torso, which guitarist Sam Cooper was fascinated with.

Briston Maroney opened the concert with “Small Talk.” Even though he was not the headliner, he easily got the crowd engaged with his electrifying voice. For his last and most well-known song, “Freakin’ Out on the Interstate,” the audience screamed the lyrics which echoed throughout the venue.

Brian also added, “I found out Briston Maroney was the opening act the day of the concert, and after watching him perform, I can honestly say I’m a big fan now.”

Mt. Joy performed songs from their debut album, “Mt. Joy,” along with their most recent album, “Rearrange Us.” Lead singer Matt Quinn arrived on stage and began opening the set with “I’m Your Wreck.”

“Mt. Joy conveys such a feel-good sound, and just listening to it can really bring you up or keep you grounded. Music plays an important role in my life, and Mt. Joy exceeded all expectations," Brian said.

They ended their concert with their most famous song, “Silver Lining,” which has over 94,800,000 listens on Spotify.

Civil engineering senior Michael Bernard said his favorite moment was when the band played their song "Silver Lining." The crowd screamed along as the lyric "down in New Orleans, where the levees broke."

“The energy was unmatched and sent chills through my whole body," Bernard said. "Being able to experience something like that after a year and a half of COVID protocols and no crowds was something I’ll remember for a while."

Mt. Joy ended the concert saying they are hoping to return to New Orleans in 2022.

Partly to mostly cloudy with a chance of thunderstorms. Low 69F. Winds SSW at 5 to 10 mph. Chance of rain 40%.

Partly to mostly cloudy with scattered showers and thunderstorms later at night. Low near 70F. Winds S at 5 to 10 mph. Chance of rain 50%.