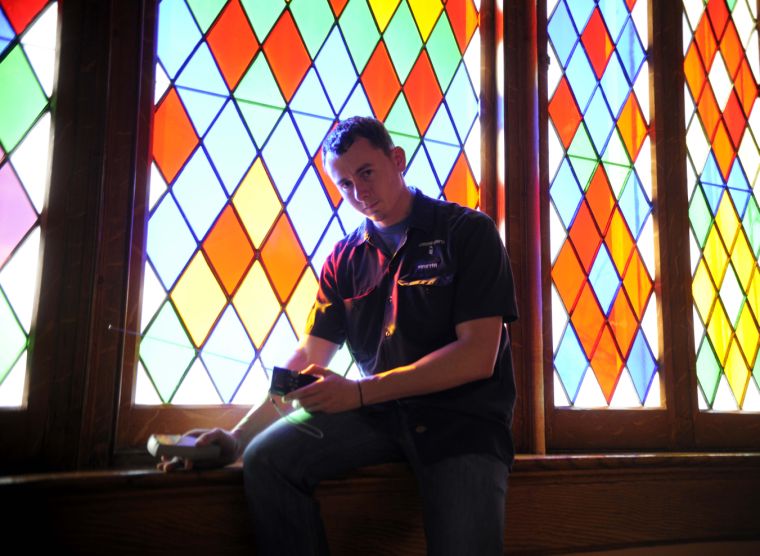 Martin DeLatte is equipped with his EKG meter and his radio wave monitor for evidence of paranormal activity Friday afternoon, Feb. 14, 2014 in the Louisiana Old State Capitol. 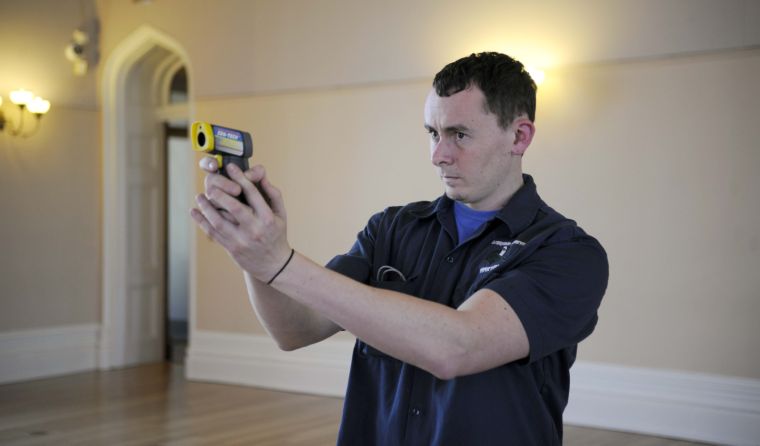 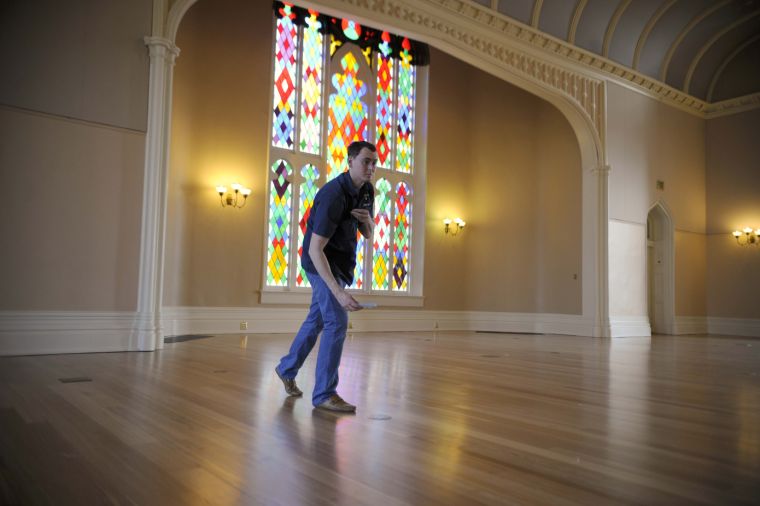 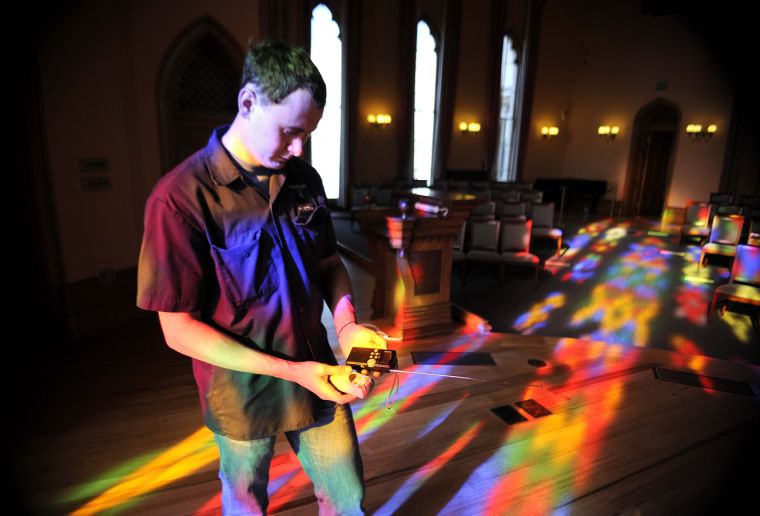 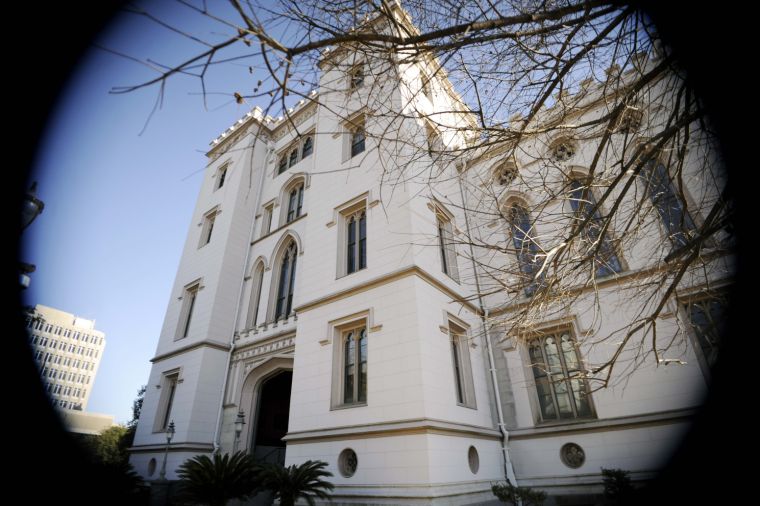 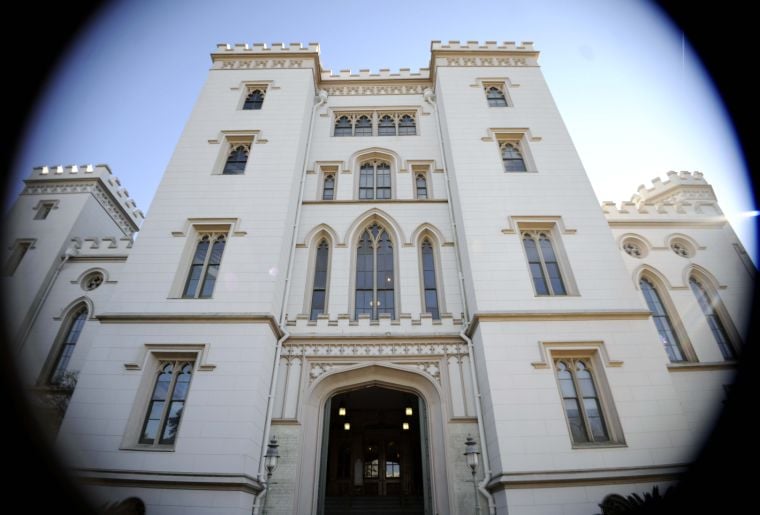 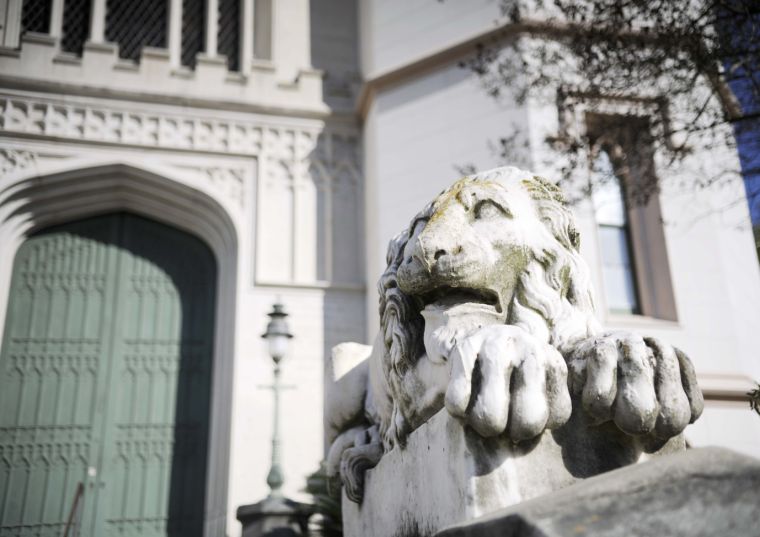 Martin DeLatte is equipped with his EKG meter and his radio wave monitor for evidence of paranormal activity Friday afternoon, Feb. 14, 2014 in the Louisiana Old State Capitol.

The Travel Channel once called Louisiana the most haunted state in the U.S. As the leader of a well-established Louisiana ghost hunting group, Brad Duplechien of Louisiana Spirits Paranormal Investigations is inclined to agree.

“There are a whole lot of ghosts in this area, and we’re always learning more about them,” Duplechien said.

He formed the club in 2005. As an avid paranormal enthusiast, Duplechien had involved himself in the ghost hunting scene for several years. But as its popularity surged, he grew disillusioned by existent hunting groups and left his amateur peers to form Louisiana’s first professional organization.

“A lot of people were into hokey psychic stuff, but I wanted to do something better,” Duplechien said.

Duplechien’s group prides itself on being precise, scientific and analytical. The Spirits have five chapters in Louisiana and even investigate places outside its borders, but membership is selective, and only 35 investigators currently belong to the club.

Every potential member of the club is interviewed and screened before they are permitted to join — and for good reason.

The Spirits have a large following and receive at least two or three weekly investigation requests from people all over the state. Some of the sightings are faked, and some of the cases are outright dangerous. All members must have the skills to decipher false records from actual evidence and must be equipped to deal with the risks of potentially haunted sites.

Many of the investigators have experience working in law enforcement.

“We use a lot of audio equipment and graphical software to distinguish people messing around from actual phenomena,” Duplechien said.

According to the Spirits, some of the most haunted sites in the state include Oak Alley Plantation in Vacherie and the Old State Capitol in Baton Rouge. As long as a site does not pose an obvious danger to anyone, the Spirits sometimes let their clients accompany them on investigations, and they maintain an open relationship with their fans.

Classes include Ghost Hunting 101, which serves as an introduction to paranormal research, and a practical laboratory-esque course that allows students to perform their own investigations under the supervision of their instructors. Duplechien said the classes will return to ULL this summer.

Duplechien said the Spirits are eager to teach others about ghost hunting because they consider themselves scholars. They invest both time and money into paranormal research and use scientific tools to gather and record evidence. These tools include infrared cameras, electromagnetic field detectors and a program called the Princeton Engineering Anomalies Research device, or P.E.A.R, detects and records changes in the surrounding environment and translates them into binary, the language of computers. This code is then translated into a wave that purportedly shows the probability of whether a change was brought on by chance or intelligent decision. In other words, if the wave is big, there’s probably a ghost around.

“We’re a serious group, and we always want an explanation for everything,” Duplechien said.

“There are a whole lot of ghosts in this area, and we’re always learning more about them.”

Some clouds this morning will give way to generally sunny skies for the afternoon. High 68F. Winds N at 10 to 15 mph.