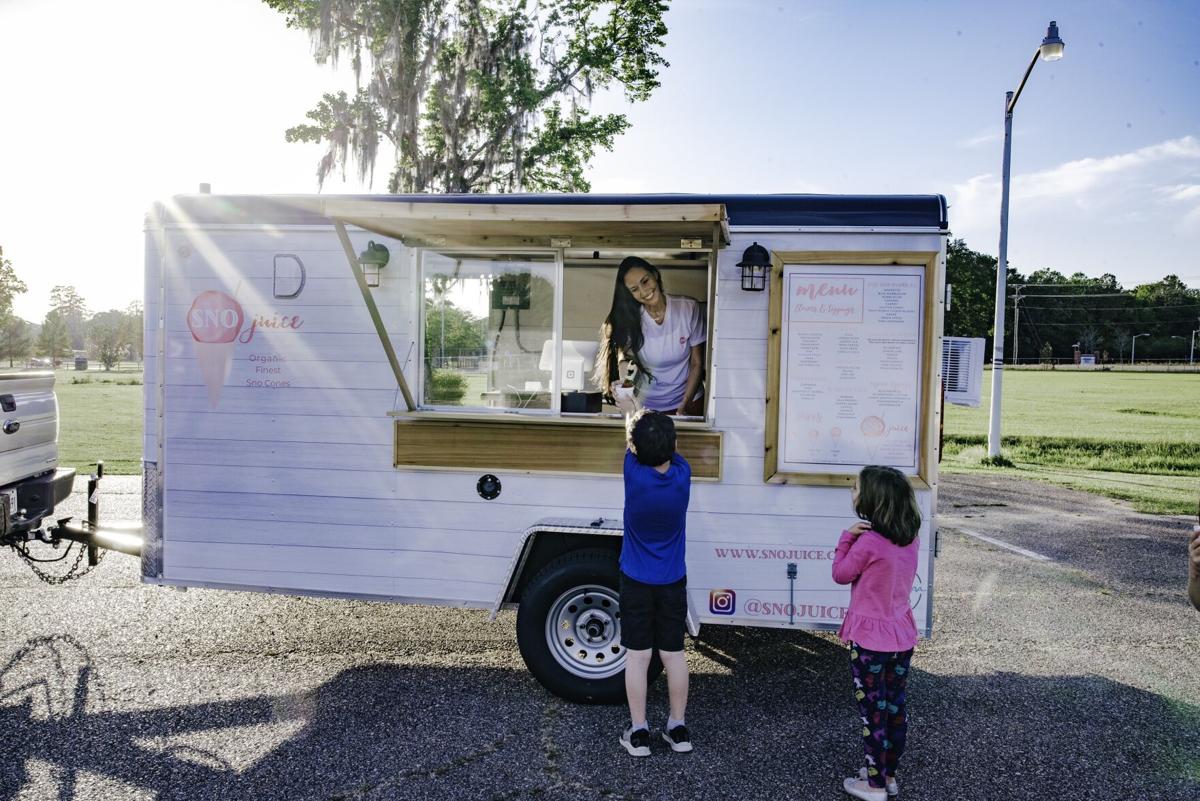 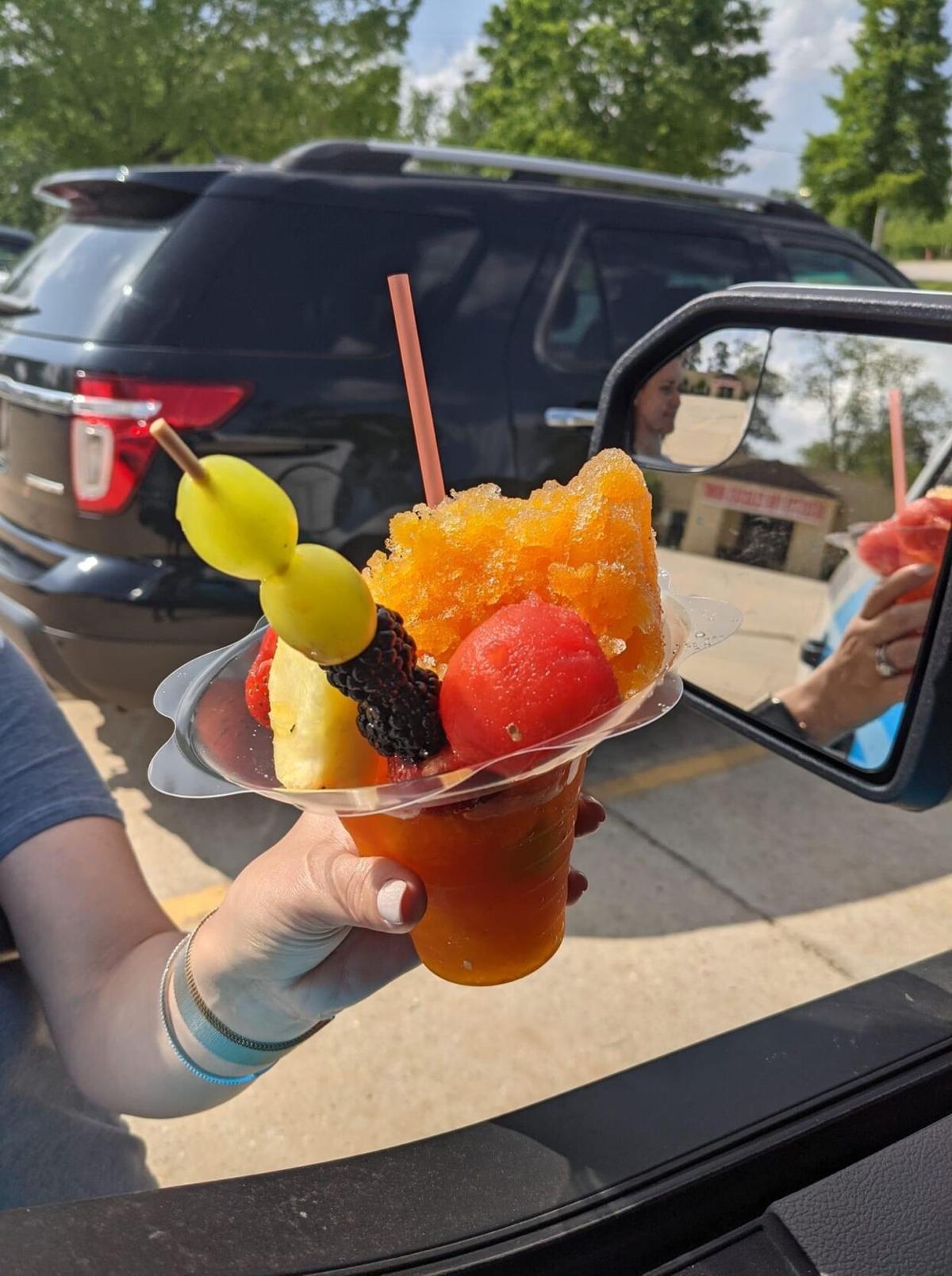 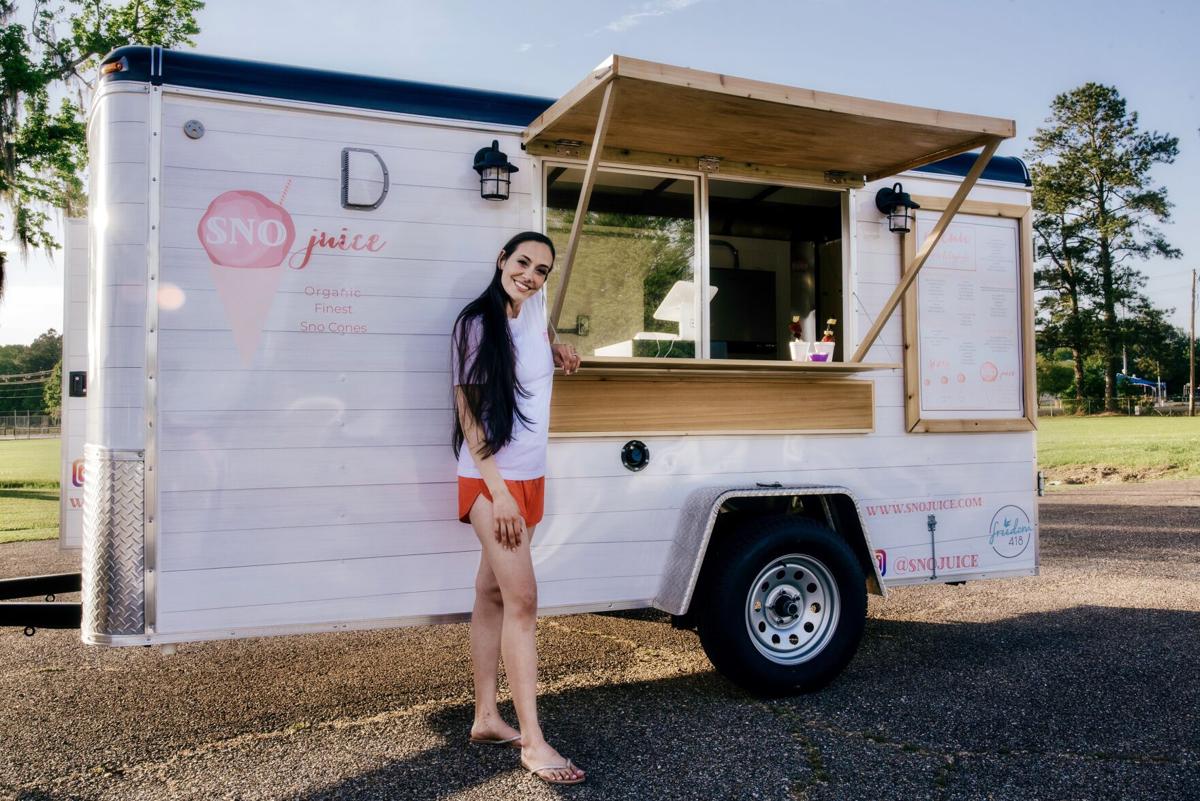 Fighting off cancer two times while being enrolled at LSU played a huge part in the creation of Snojuice. The disease prevented Holt from enjoying many treats and experiences that others take for granted.

“I learned really quickly that I want to be very mindful of what I put in my body and many don’t know this, but you need 8 ounces of juice per day,” Holt said.

Sno-cones with organic ingredients is Holt’s way of providing a beneficial product and the recommended daily amount of fruit juice. Holt was quick to point out that the watermelon flavor I chose has cancer-fighting components.

The profits that Snojuice garners also have a purpose. A portion of every purchase goes to Freedom 4:18, an anti-human-trafficking organization based in Thailand. Holt went on a trip to Nepal before starting college and met people of a similar age and was compelled to do something. Snojuice provided a way for holt to continue helping with a cause she cared deeply about.

“I prefer that over making more money… I can’t go rescue them myself, but I’ve got to do something,” Holt said.

Snojuice’s grand opening took place in front of a Tari's School of Dance that Holt spent years at while growing up in Baton Rouge. She plans to pop up all over the city and even go to New Orleans.

“I wanna go to nursing homes and schools and help people who can’t get out. I just want to bless people,” Holt said.

Snojuice has been in the making for a few years now and Holt had no intention of letting COVID-19 halt her plans. Her entire staff got tested for the virus before the grand opening to ensure they posed no risk to customers.

Snojuice will be at 9166 Perkins Road every Monday through Wednesday. Stop by for a tasty treat, your necessary juice and to help provide someone across the world with much-needed hope.