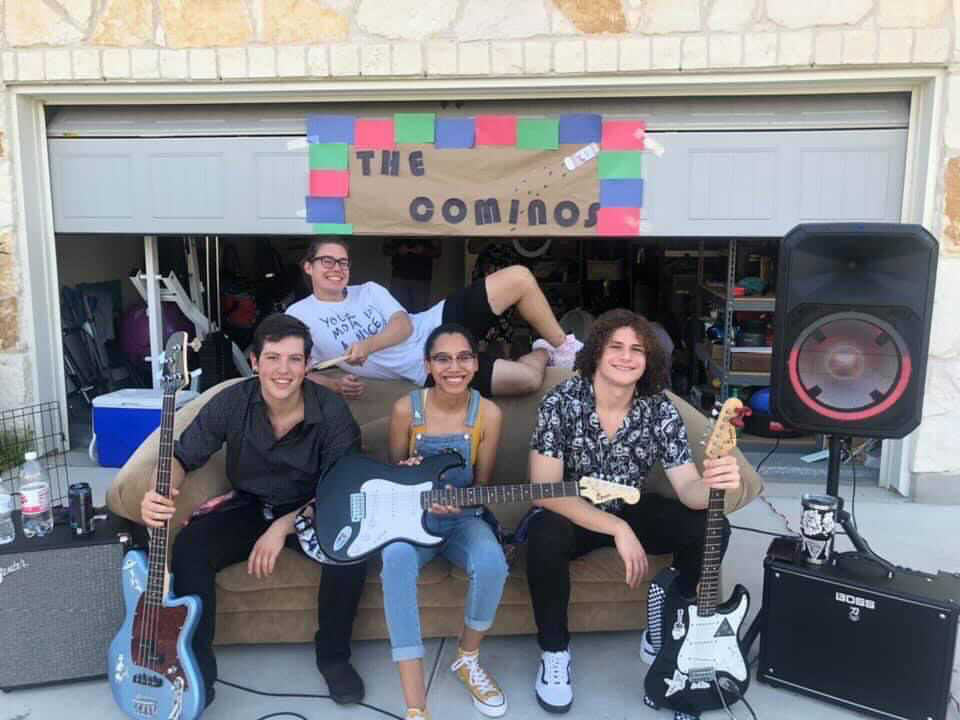 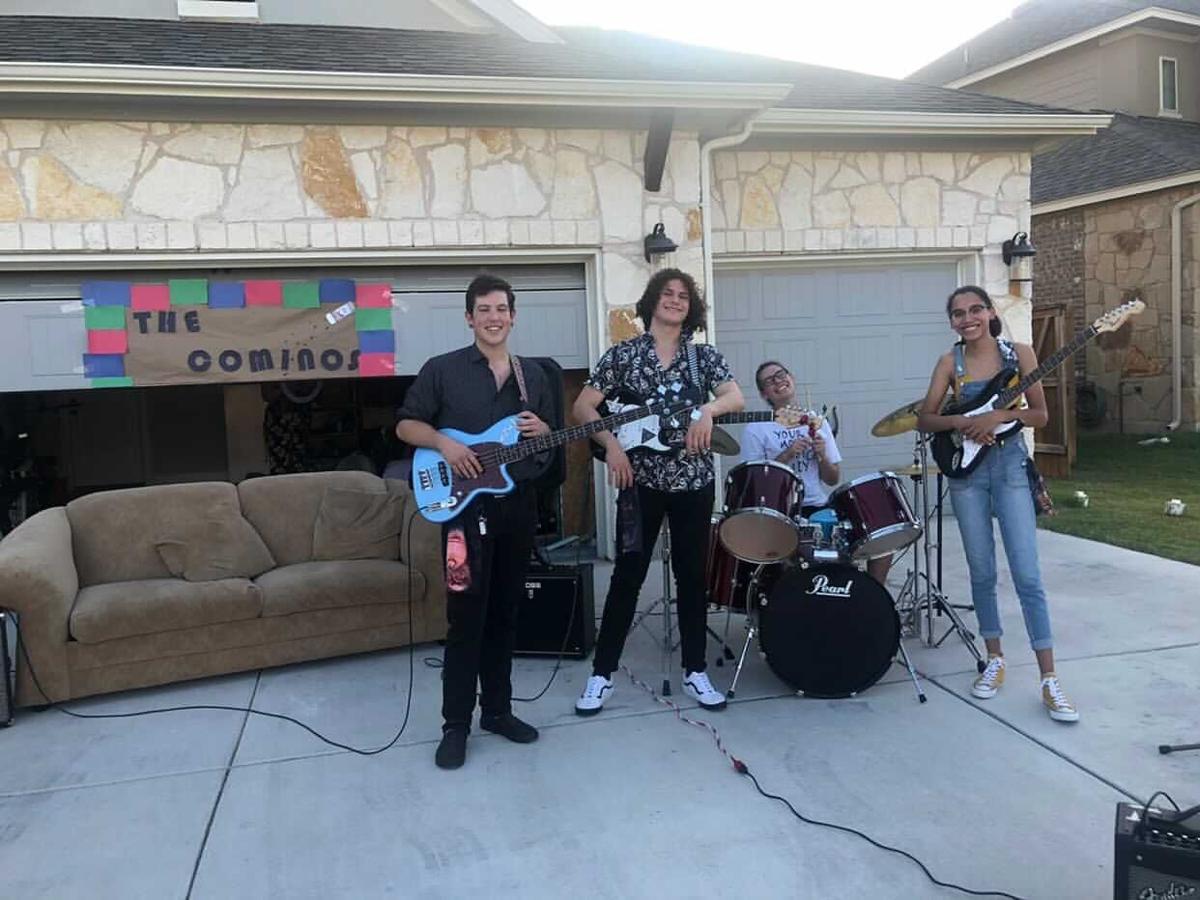 For the past year, the COVID-19 pandemic has had a lasting impact on the music industry. Concerts were postponed or cancelled. Venues were forced to close. Thus, musicians had to resort to staging virtual concerts and working from home.

However, sophomore Jordan Scroggins and her garage band “The Cominos” (cumin in Spanish) put their foot down on that lost experience. They decided to bring it back. With the help of friends and family, the band was able to put on their own socially distanced, neighborhood blowout last August.

Growing up in Austin, Texas, Scroggins always had an interest in music. Her first love for the art form stemmed from musical icons Demi Lovato and The White Stripes.

She began taking piano lessons at an early age before teaching herself how to play guitar. Additionally, she was a member of her high school band until her junior year. Oh, and did I mention that she has a wonderful singing voice?

For Scroggins, she can do it all. She’s self-taught, unbelievably talented and impeccably committed to sharing her love of music with others.

It was only a matter of time before she began her own musical endeavors.

It first began when she simply asked her friend and drummer, Donovan Lewis, “why don’t we just do something together?” And so they did.

On Aug. 9, The Cominos gave their first live performance to an audience of around 30 people. With Scroggins on vocals and Lewis on drums, the band was rounded out by Bryant Richardson on bass and Jason Smith on guitar.

They staged their show outside of her garage for friends, family and neighbors to enjoy. Together, they ensured that social distancing protocols were in place and food and drinks were safely served.

The band performed covers of songs by The White Stripes, The Clash and even music from the hit film “Scott Pilgrim vs. the World.” For their last song, they did an awesome cover of “Should I Stay or Should I Go” by The Clash. Needless to say, The Cominos’ first show was a hit.

Since then, the band members have been keeping themselves busy with school at their respective colleges, but they remain “very excited for the future.”

When not performing, Jordan Scroggins attends LSU as an English major. According to Scroggins, the past year has been “all about prep,” so the band plans to put on more shows this summer and release their own original music as the world begins to slowly open back up.