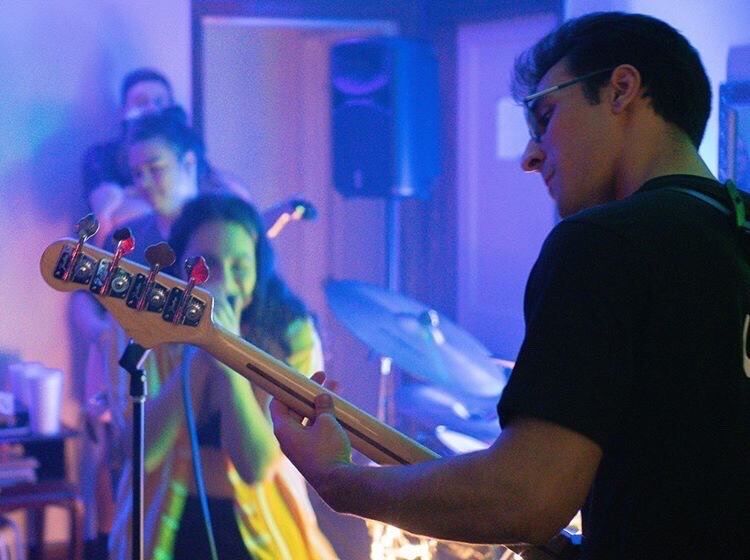 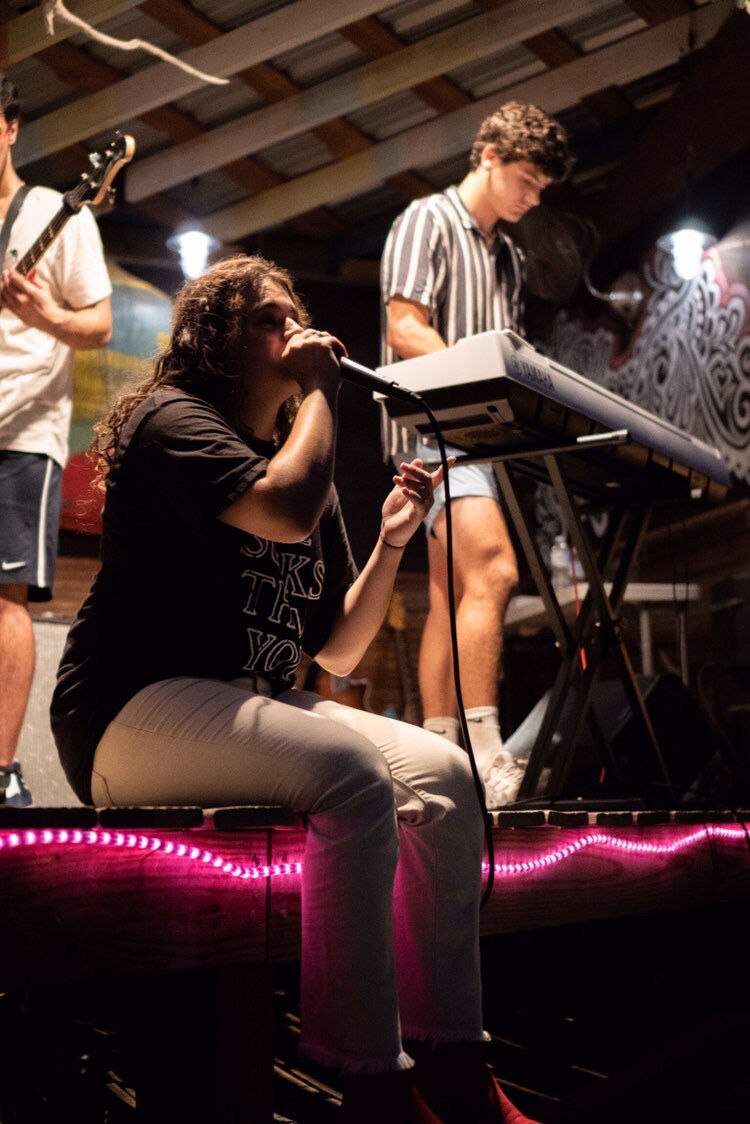 The Madi Swan Band was founded by none other than the lead singer, LSU marketing junior Madi Swan. Swan is an Honors College student who attends the School of Music, where she takes vocal lessons that have made performing with her band much easier. She had been making music as a solo artist but desired to be a part of a band about a year ago, which is when it all came together.

Brandon Johnson is a drummer at Restoration Christian Center in Clinton, Louisiana and a longtime friend of the lead singer. He was the first person who Swan asked to accompany her on this new endeavor. She met the next member during her time working at the Varsity right outside of campus. After seeing LSU communication disorders junior Arib Qureshi play a show,

Swan jumped at the opportunity to ask him to play bass for the band. All that was a rocker on

Three of the four band members are currently enrolled in the School of Music, which has helped them perfect their respective crafts immensely. It requires them to practice vigorously and to constantly perform with their peers.

“Dr. Bishop is my bass teacher here at LSU and he has given me the confidence to be creative,” Qureshi said. “A lot of what I play comes from what I learned at school.”

Before the coronavirus, the Madi Swan Band had begun to familiarize itself with each other more. It also began to book more shows.

“Every week we had a show,” Swan said about how smooth business was before COVID-19. No matter how hard you rock, coronavirus proved to be a plan stopper free of discrimination.

The pandemic pushed back the band’s plans, but there was something good to come out of it as well. It provided a time of focus as life seemed to pause for a bit. They were able to spend a lot of time together and the band became best friends on top of people who make wonderful music together.

Watching the Madi Swan Band perform in the crisp Friday night air, it was obvious how much they band members enjoyed being in each other’s presence. It was inspiring watching the lead singer step into the hyped crowd to watch her friends rock out. Nobody wanted to be the star or overshadow anyone. The transitions were seamless, and they were as cohesive as any band. They have the ability to criticize each other without taking any offense. Everyone plays their role and plays it to the fullest.

“It always feels like a live show to me,” Johnson said in response to Swan reiterating how fun the rehearsals are.

These are conditions in which greatness is cultivated in any type of group.

The Madi Swan Band is planning to maximize its greatness and fly to new heights in the upcoming months. It is constantly practicing and recording new music to give its fans the unique sound that they crave. The fanbase will soon expand across state lines when Swan and the band travel to Mississippi this Halloween.

The band members are dedicated to each other and their unique genre-less sound. Great things are in store for this diverse group because the love for what it does is boundless.

“Talking about music is the same as dancing about food,” Gustafson said. You really have to hear them to know.

Showers early, becoming a steady rain late. Low 48F. Winds E at 5 to 10 mph. Chance of rain 60%. Rainfall around a quarter of an inch.