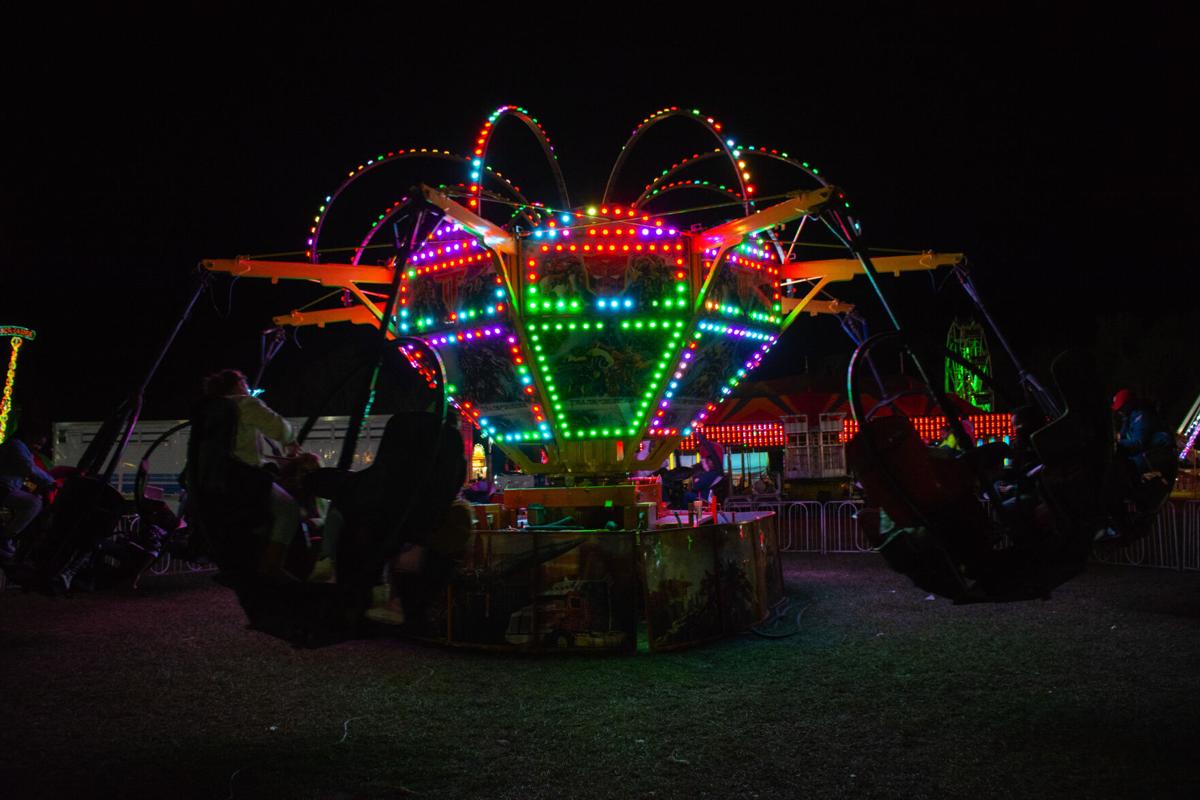 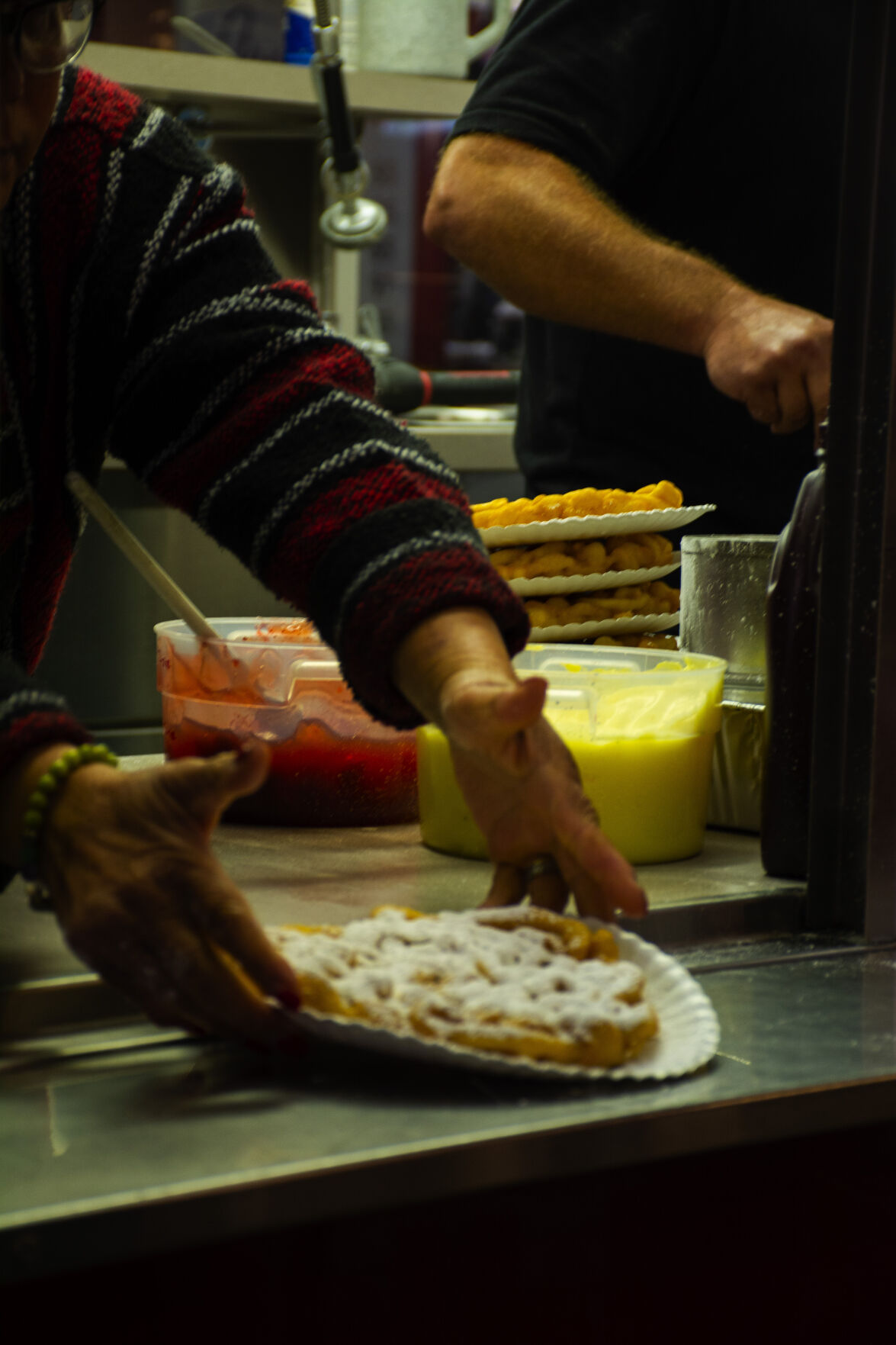 A funnel cake being served to a customer Friday, Nov. 5, 2021, at the Greater Baton Rouge State Fair on 16072 Airline Highway in Baton Rouge, La.

“We feel that it is important for us to have an event this year,” said fair chairman, Cliff Barton. “The covid virus kept us from opening last year but with the numbers going down now, and after all that Baton Rouge has gone through, it is time for the public to have some family fun.”

The fair revenue is donated back into the community by grants, scholarships, and sponsorships. Since the start of the program in 1987, the fair has donated 4.2 million dollars.

Chelsea Terrell, a first year student at Southern University Law Center, attended the fair on Oct. 29. She said it was a bit out of her price range but the variety of rides made the experience worthwhile.

“For one night of the semester I was not worried about school, just wholesome fun at the fair. My favorite part was the many food options including fried turkey legs, funnel cakes, burgers, and so much more. The thrilling fun was a perfect time to relieve some stress with friends,” said Terrell.

Terrell said she felt very safe in the fair environment. Although the grounds were packed with people, everyone who entered had to go through a security check.

Rachal Abadie, a student at Southern University, also commented on the safety and how the patrolling police officers made her feel safe and comfortable. Rachel's favorite attraction was the petting zoo.

“I had never seen a camel in real life before, let alone touch one and feed it, so that part was really cool,” said Abadie.

The livestock competitions were cancelled this year due to COVID, but the fair committee made up for this loss with numerous food venues, daily attractions and rides. With over 40 rides, the $30 all access band was a must.

“The rides were fun, but maybe a little too extreme for me,” said Abadie.

Louisianans can expect for the fair to return even closer to normal next year as the state continues to recover.

Partly cloudy in the evening with more clouds for later at night. Low 54F. Winds SSE at 5 to 10 mph.