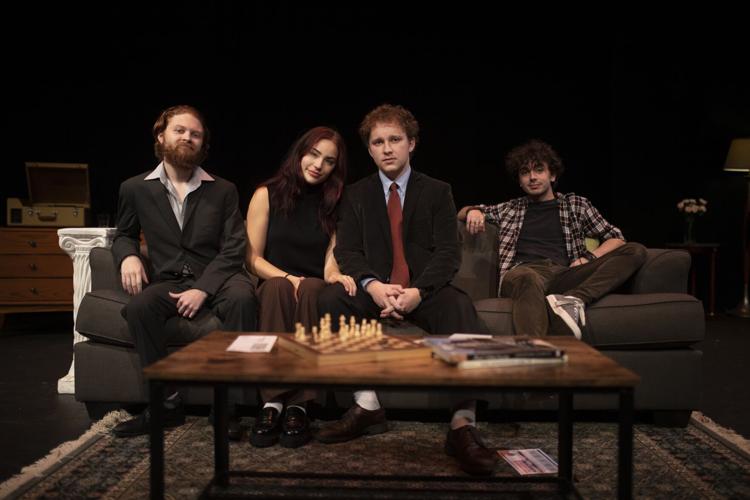 The cast of "The Goat, or Who is Sylvia?" poses for a photo. From left to right: Adam Gothreaux as Ross; Sarah Short as Stevie; Ansel Wilder as Martin; and Eric Rhode as Billy. 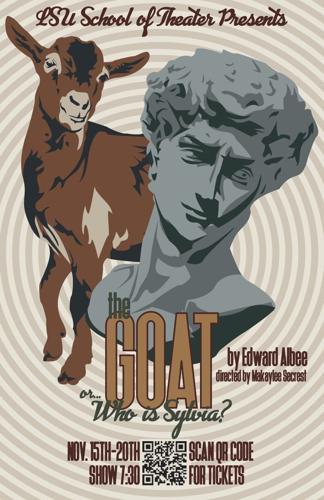 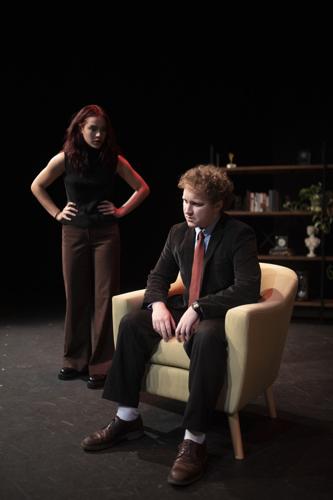 “The Goat, or Who is Sylvia?” is a phenomenal play directed by LSU theatre performance major Mak Secrest. Secrest is a junior at LSU and what she has done with this performance makes it a must-see show.

The show is about the troubles of a married couple and how the drama of an affair changes their relationship.

With tons of twists and disturbing details, the play evokes unexpected emotions from the audience.

“There are so many different types of laughs that this show produces,” Secrest said.

While watching a rehearsal, I was impressed by the tenacity of the performance. The effort put in by the actors is clearly visible on stage. The levels of emotion and the portrayal of the messy situation make it feel as if there is an actual fight and relationship crumbling in front of the audience’s eyes.

With this much dedication and talent, one might think the cast had been practicing for months. Believe it or not, rehearsals have only been going on for roughly four weeks. The cast and behind-the-scenes staff have brought this play to life in this short time.

Those who go help support the College of Music and Dramatic Arts, as well as encourage the students involved to continue pursuing their passion for acting.

“The Goat, or Who is Sylvia?” is an unforgettable show. Those who see it will not be let down.

Tickets for this show are available online on the LSU College of Music and Dramatic Arts website for $12 a person. This show contains mature themes and profane language, so small children are not advised to attend the performance.

Can you actually walk faster than the LSU Tiger Trails buses? We put it to the test

If you have ever ridden the LSU Tiger Trails buses, you have probably thought to yourself at some point, “I could literally walk faster than this.”

And she said, “Babe, Tumblr music is coming back!”

Some clouds in the morning will give way to mainly sunny skies for the afternoon. High 71F. Winds light and variable.