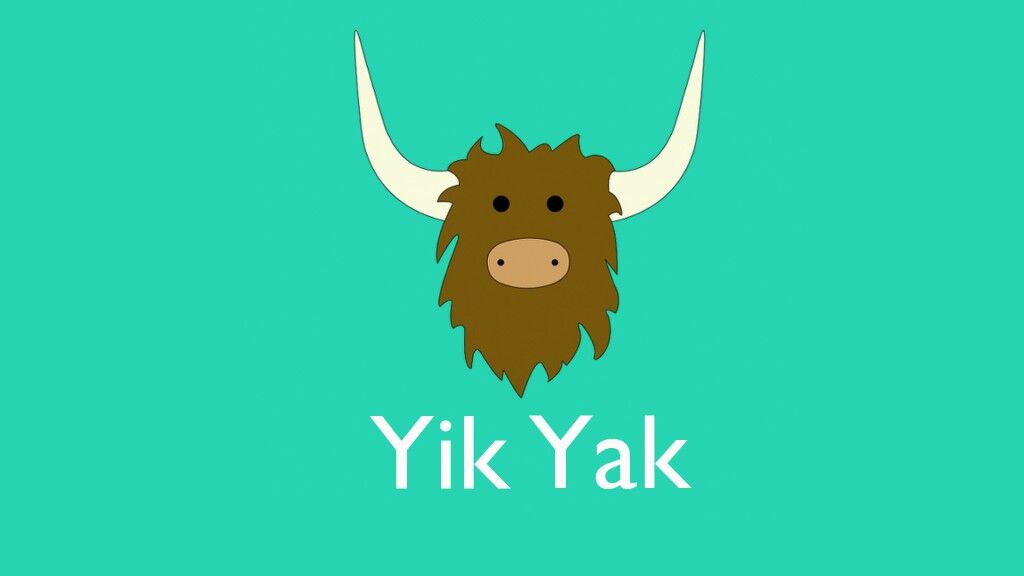 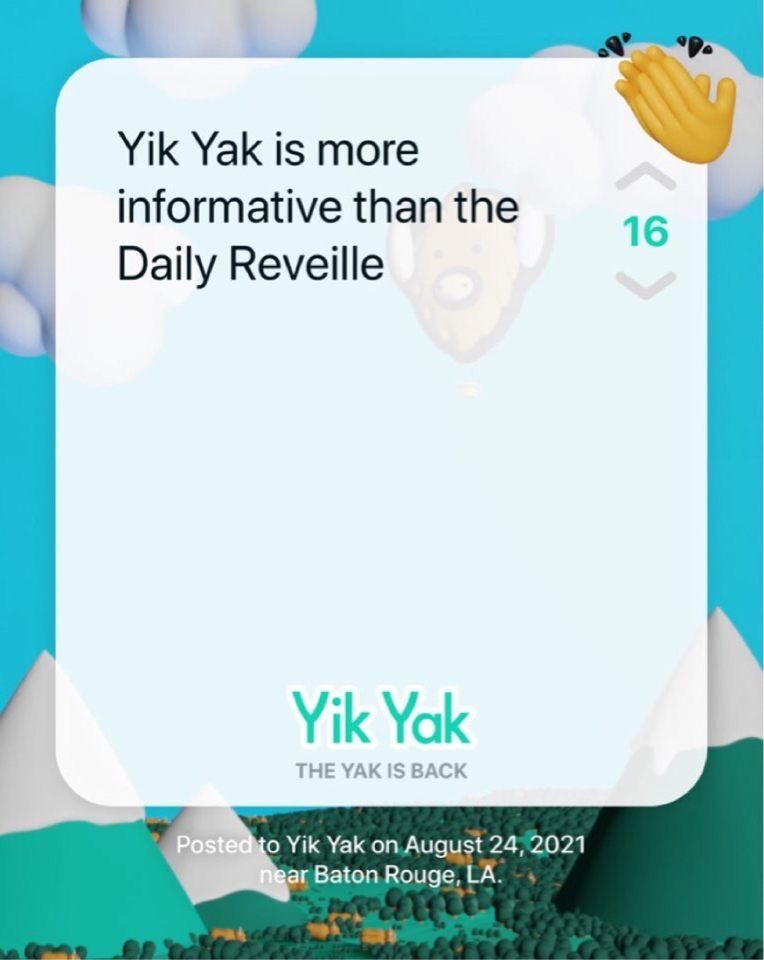 Yik Yak has taken LSU by storm and become the new must-have app on campus.

Yik Yak, which relaunched this year after shutting down in 2017, allows users to anonymously post anything that comes into their heads. The posts are only shared with those in a five–mile radius, making content locally relevant. The anonymity and school-specific aspects of Yik Yak at LSU draw similarities to “Gossip Girl,” a show where anonymous posts about people and school activities create drama among students.

The main features available to users are the ability to upvote, downvote or comment on a post depending on your reaction. This app can be used for pure entertainment, as it allows people to post whatever their heart desires.

“I think it’s hilarious, and it’s a fun way to joke around with random people,” said psychology senior Zoë Kim.

Being able to post whatever you want while staying anonymous comes with a downside: since no one knows users’ identity, some get a feeling of power that they can say whatever they want, even if it will hurt someone else. A lot of the comments can come off as comical, but many comments feature vulgar language and could possibly be hurtful.

Navy Coggins, a pre-med kinesiology junior, has become familiar with the harmful side of Yik Yak. Coggins downloaded the app due to its popularity but then things soon turned ugly once he realized people were posting about him.

“It was really weird to see hundreds of anonymous people saying things about me on the app,” Said Coggins on his experience. Anonymity breeds this kind of behavior in people. It’s so easy to hide behind a screen, and because messages aren’t tied to any particular account, it allows people to say whatever they want without the fear of repercussions.” Coggins decided to take this opportunity to bring light to how words can affect someone’s mental health.

“I was tired of people never taking into account how their actions contribute to people’s depression, anxiety and even potential suicide,” said Coggins.

After all of this happened, he decided to post on his Instagram about how people should take into account other people’s mental health when posting on social media.

“I saw my post as an opportunity to finally show people that what they’re saying on Yik Yak might not be taken as a joke if they targeted the wrong person,” said Coggins.

Many still enjoy using this app because a majority of the post are harmless and are just there for everyone’s entertainment.

“Personally, I think it’s really entertaining and always gives me a good laugh. However, some of the posts are a little harsh and it might make people feel bad,” said kinesiology pre-pharmacy senior, Emma Roehm.

“The app manages to be chaotic, entertaining and informative all at once,” said construction management senior Jason Babb.

This app has the potential to be useful while still being interesting because it gives you an entertaining introduction to LSU; school has just begun, so some tips have been posted for how to be a successful LSU student. While these tips may have a funny twist to them, they still provide insight on useful subjects. Users of the app give reviews on courses, inform students where to find cheap textbooks and give updates for parking availability on campus, all of which are helpful to students.

I am excited to see what happens with this app throughout the school year. I wonder if it will blow up like TikTok and become everyone’s gathering place for entertainment and information, or if it will slowly fade off and be a memory of the past.

Mostly cloudy early followed by heavy thunderstorms this afternoon. High near 85F. Winds SSW at 5 to 10 mph. Chance of rain 80%.

Showers early then scattered thunderstorms developing later in the day. High near 85F. Winds SE at 5 to 10 mph. Chance of rain 60%.

Isolated thunderstorms in the evening with a few showers possible overnight. Low 72F. Winds light and variable. Chance of rain 40%.

Some clouds early will give way to generally clear conditions overnight. Low 58F. Winds NNE at 5 to 10 mph.