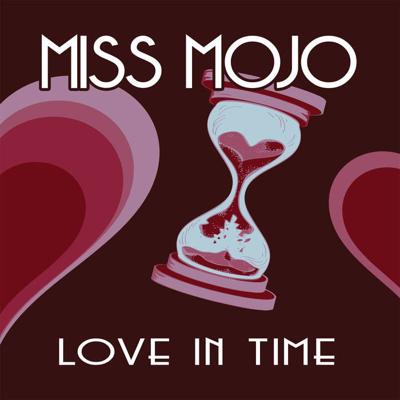 Reviewed by Rebecca Barnett, "The Jazz Cat," host of The Shed Show (jazz fusion and funk) on Thursdays, 11PM-1AM

Miss Mojo established themselves in the New Orleans music scene with the release of their first EP, “Up and Personal” in January of 2017. Since then, they have gone on to release their second studio album, “Love In Time,” gone on to gather a following of passionate listeners, and have toured the country—including places such as New York, Philadelphia, and Cambridge. Miss Mojo’s 2018 summer-released album, “Love In Time,” is certainly one that you want to put at the top of your playlist this fall season, as it is filled with funky and soulful ballads. The soul pop band does well to create a cohesive balance between original sound while drawing inspiration from the neo-soul tradition and the New Orleans funk tradition.

While “Love In Time” is recorded under the R&B/soul genre, Miss Mojo does well to also produce a contemporary jazz sound with both instruments and vocals—specifically with the keyboard in “Fall Again,” and “Jonesin’”; the horns in “Breathless,” and “Ocean,” and the vocals in “Breathless” and “Back to When.” Both “Fall Again” and “Watch You Go” are filled with funky guitar riffs, while “Fly Me Up” is a lively tune that is carried by a groovy, soulful pop sound. Additionally, the album has tunes that sound like they draw from traditional soul and gospel, such as “Watch You Go” and “You Were Mine,” while keeping the sound of the songs both modern and deeply original.

Miss Mojo’s musical talent produces a most impressive modern take on R&B, soul, and the contemporary jazz sound. Both the vocals and the instrumentals of “Love In Time” are so eloquently euphonious that they would also do well to stand on their own, which makes the fusing of Miss Mojo’s vocals with the instrument-produced polyphony a real pleasure to listen to. The whole album is wonderfully eclectic and allows the listener to stay in a time of music that is the present but also be reminded of the roots that make soul, R&B, jazz, and funk what they are today.

Cloudy this evening with showers after midnight. Low 48F. Winds light and variable. Chance of rain 70%.

Cloudy this evening with showers after midnight. Low 48F. Winds light and variable. Chance of rain 70%.

Overcast with rain showers at times. Thunder possible. Low around 50F. Winds E at 5 to 10 mph. Chance of rain 40%.

A shower or two around the area in the evening, then partly cloudy overnight. Low 43F. Winds NNW at 5 to 10 mph. Chance of rain 30%.