You are the owner of this article.
Edit Article Add New Article
You have permission to edit this article.
Edit
KLSU
Show Schedule
Programs
Reviews/Interviews
Podcasts
Contact KLSU
About KLSU
Contest Rules
Public file
LSUNow
Share This
1 of 3 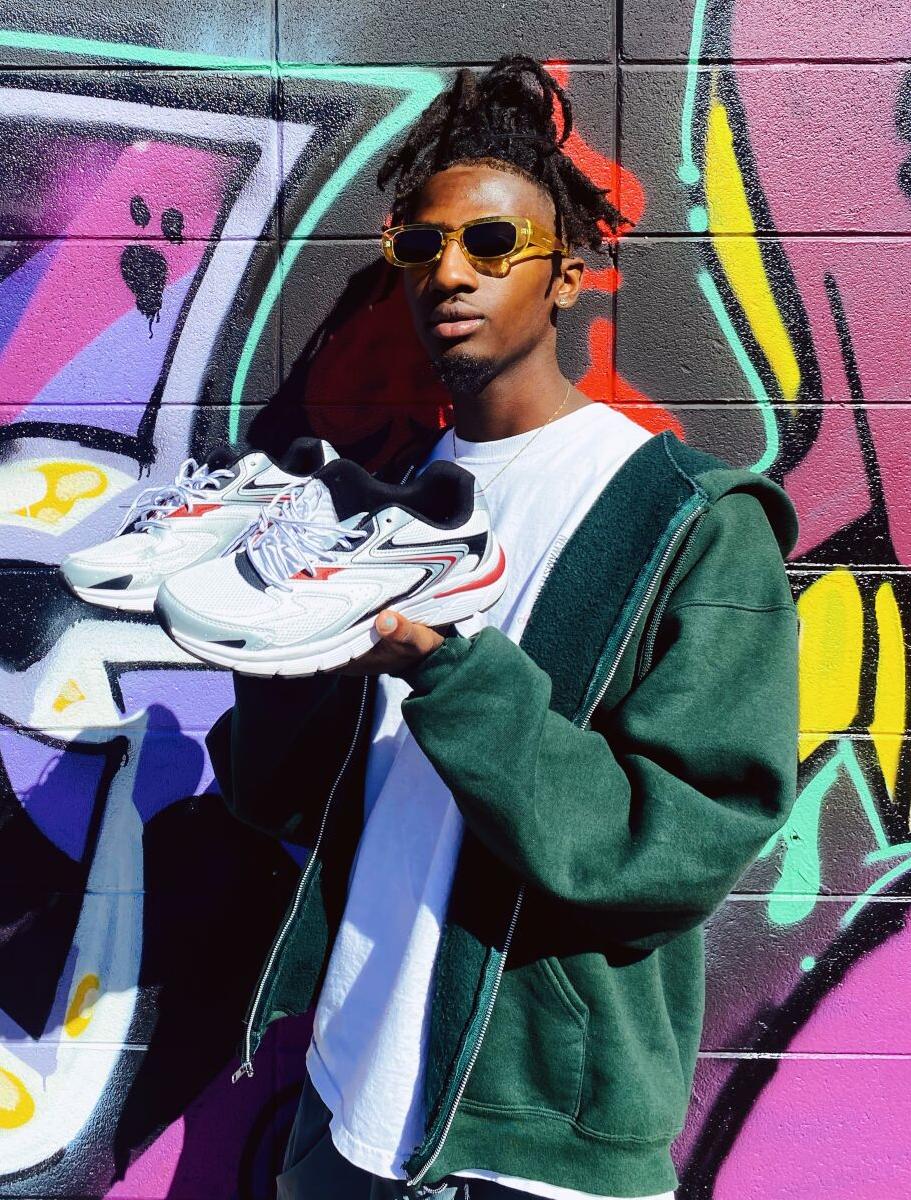 Johnson (Wakai) with the Avia sneakers, deemed the "Away Games" 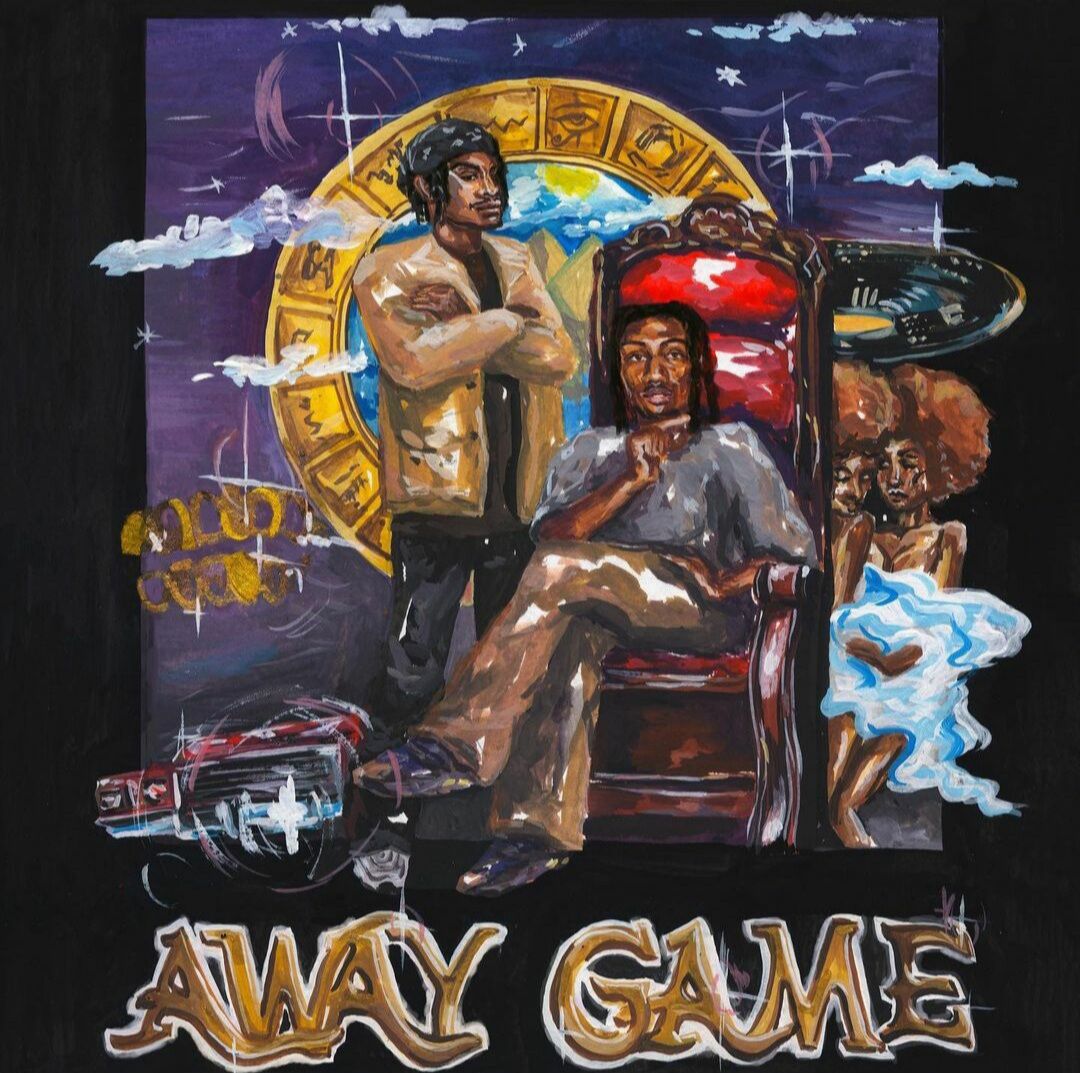 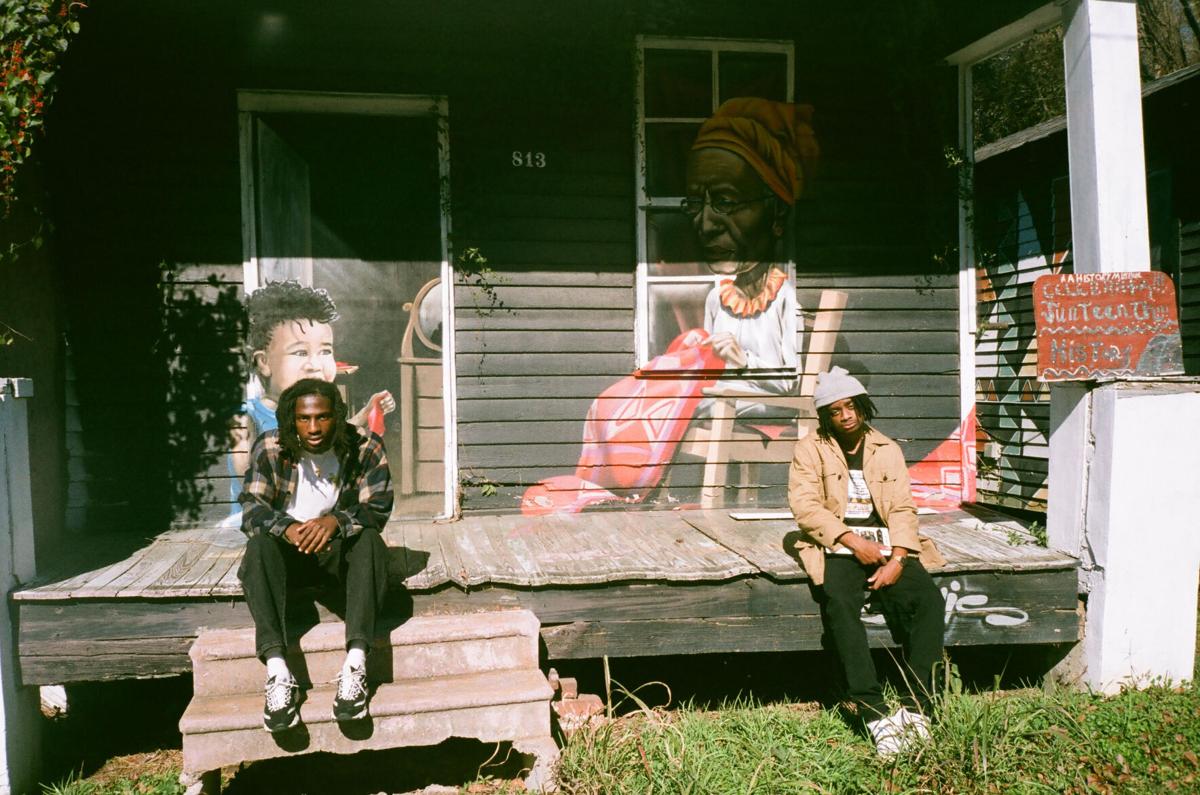 With their new project “Away Game, Vol. 2,” rapper Austin Johnson, a.k.a. Wakai, and producer Brenden Scott, a.k.a. Wavworld, are coming with a refined and cohesive artistic identity.

The album, released today, marks a sort of reincarnation of the first work from the emcee-producer duo, titled “Homecourt,” which was scrapped quickly after its release due to complications in the upload process that scrambled the song order. And given Johnson’s characteristic emphasis on song transitions, that mix-up was a deal breaker.

“This time, we took what ‘Homecourt’ was, but pushed the envelope further while creating a different perception of it,” Johnson said.

Having to leave “Homecourt” in the lurch was painful for the duo, but they feel they’ve really honed in their identity as a collaborative unit with “Away Game,” looking to preeminent emcee-producer combos like Madvillain—MF DOOM and Madlib—and Knxworries—Anderson .Paak and Knxledge—as models for their creative partnership.

Retaining the basketball metaphor they began in “Homecourt,” Johnson and Scott see the new project as a departure from their “homecourt advantage” into unfamiliar territory. As Johnson explained it, the homecourt mindset is one of comfort, stability—you know the ground you’re playing on and the faces in the bleachers. But in an away game, you’re on the alert; you’ve got something to prove, and you’re ready to fight.

And the way that divide manifests is in a markedly darker sound in “Away Game” than there was in “Homecourt,” the duo said. They’re simultaneously delving deeper into themselves and looking harder at the world around them in the pursuit of a grittier, rawer sound.

“It takes outside sources and different influence to make stuff like ‘Away Game,’” Johnson said, “because it’s so many different layers to be able to conceptualize a certain sound.”

The sophistication with which Johnson and Scott approached “Away Game” comes by way of a creative process that was significantly more collaborative than that of their first project. With “Homecourt,” they were still fleshing out their chemistry, but now, the partnership has had a chance to mature, and they feed off each other’s energy in a way that wouldn’t have been possible had they not had to jettison the first album.

“It’s to the point where, when me and Wav make something, I know it’s exclusive to me and him,” Johnson said, “because we built the chemistry.”

“It’d be like him bringing me the material to make a painting, me making the painting, then him signing it off with raps,” Scott added.

For instance, track four on the new album, “Outtaincognegrophase,” emerged from collaborative grind that’s hard to achieve without the kind of creative alignment made possible by a tightly-bound emcee-producer duo. They went through five versions of the song before they arrived at a product they felt suited the vibe and caliber of the album. After tweaking beats, editing verses and experimenting with different samples, the two ended up merging the larval song with another they’d had in the works, and now they both agree it’s one of their favorites of the 12 tracks on the album.

But the duo’s vision for “Away Game” doesn’t stop at the songs. They made a mission of creating a multi-faceted product as opposed to a mere collection of tracks, and nowhere is that more evident than in the shoe.

On the shelves, they’re known as the “Kade” men’s athletic shoes by Avia. But in the hands—or on the feet—of Johnson and Scott, they’re the “Away Games.”

The idea was mostly Johnson’s, who said he’d dreamed of having a shoe to his name since he was a kid. And he’d had the idea to attach something wearable to “Away Game” early in the process of making the album, so when the humble, sub-$20 sneakers caught his eye in a Walmart in his parents’ hometown of Corpus Christi, TX, the pieces just came together.

They’re not necessarily looking for an Avia sponsorship, and they certainly have no intentions of wearing the hat of brand ambassadors; they simply want to stake their claim in the long-overlapping spectrums of Hip-Hop and fashion. Johnson said he looks to how Lil Yachty lashed his name to vintage Nautica threads, not by fishing for a sponsorship or designing a line for the brand, but simply by wearing it—seeing its potential— when no one else really was.

And furthermore, the duo wanted to capitalize on Hip-Hop’s power not only to make things cool, but to make them significant. What was once no more than a cheap, unglamorous running shoe is now one of many facets of the creative unit that is “Away Game,” and though that attachment might not quite make them fly off the shelves like hotcakes, they’ve nonetheless been irrevocably imbued with a dash of the artistic vigor that went into the album.

Despite the disappointment of losing “Home Court,” the duo approached this new project as an opportunity to maximize the artistic potential they’d been dabbling with in the first album. And whether it be through the musical content of “Away Game, Vol. 2” or all the other accoutrements that grow out of it—plenty of which are still to come, they’ve said—the duo have surmounted a new level of expression, channeling all the love and passion and frustration that accompanied the grind from one project to the next.

“This is something we both love and we both cherish,” Johnson said. “It’s like raising a child.”