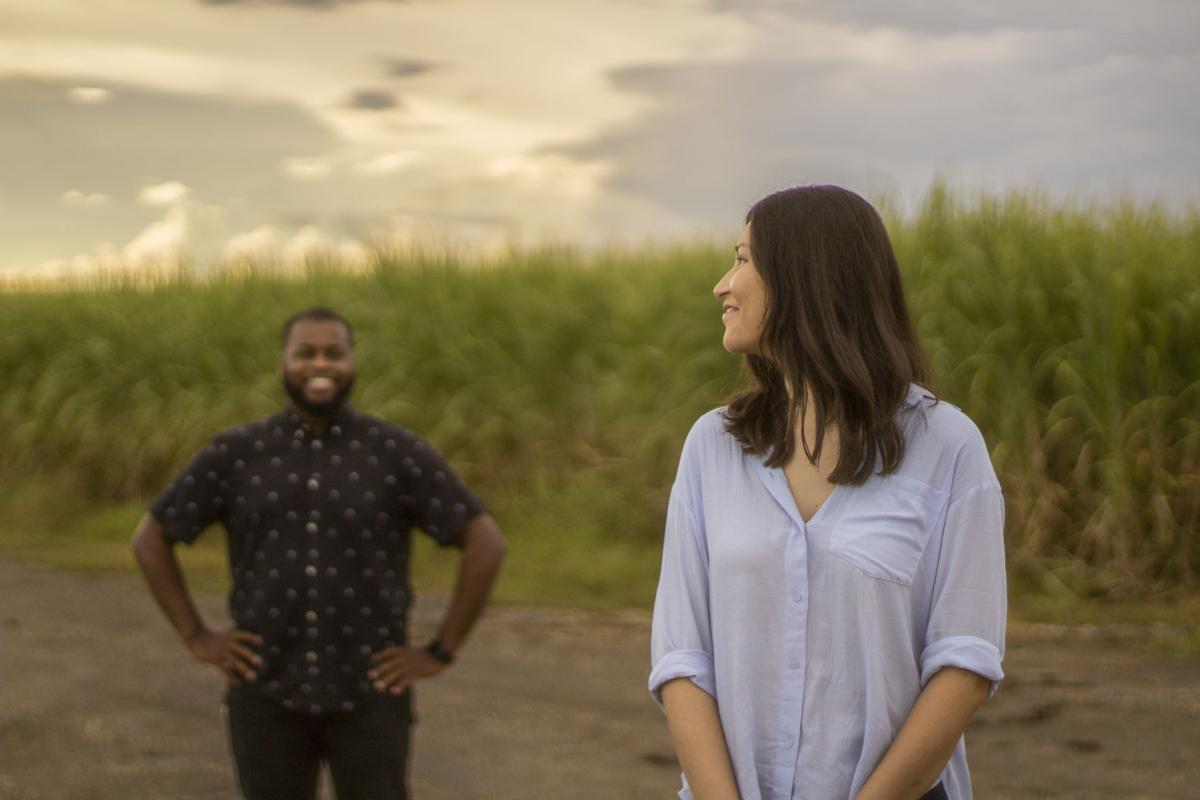 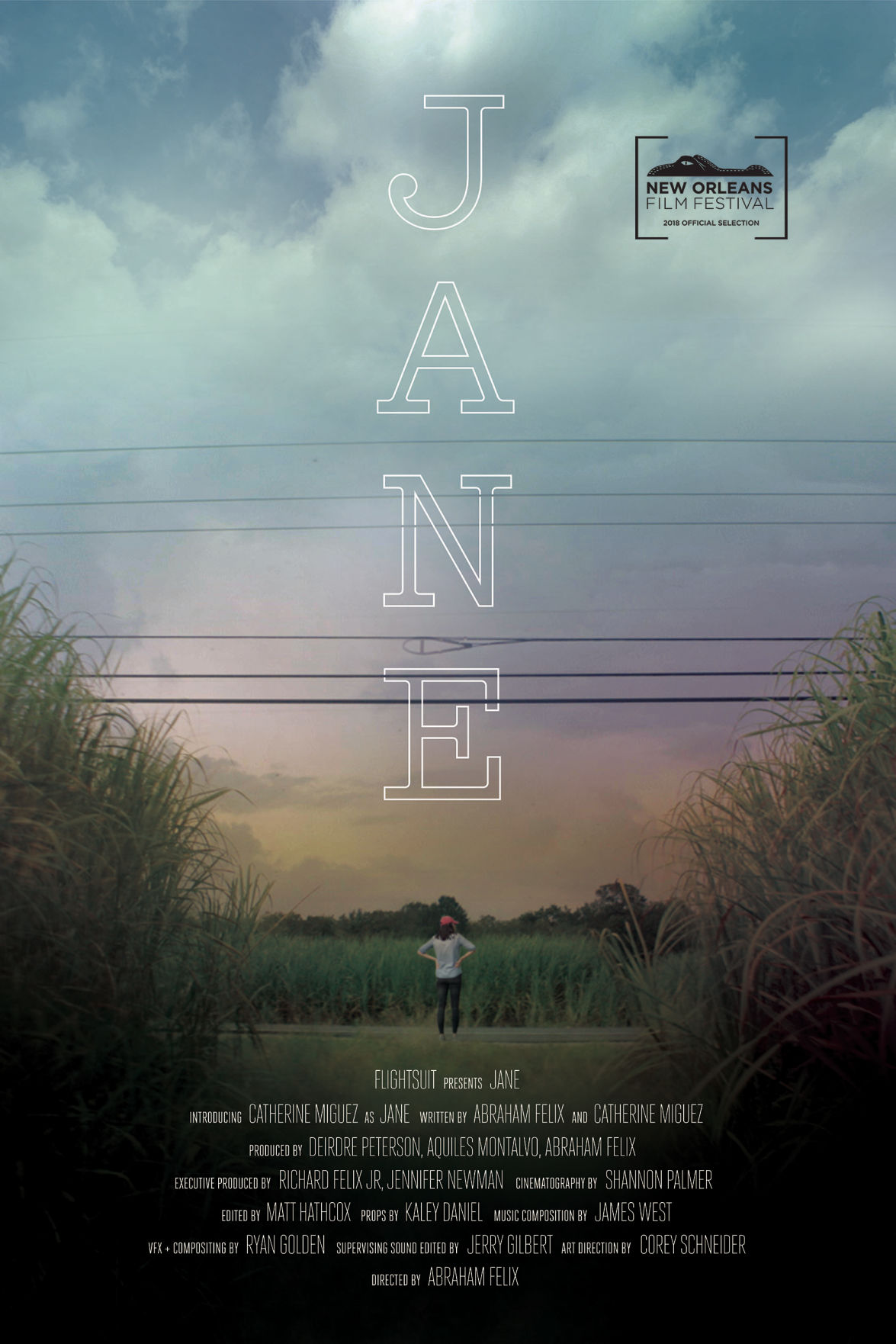 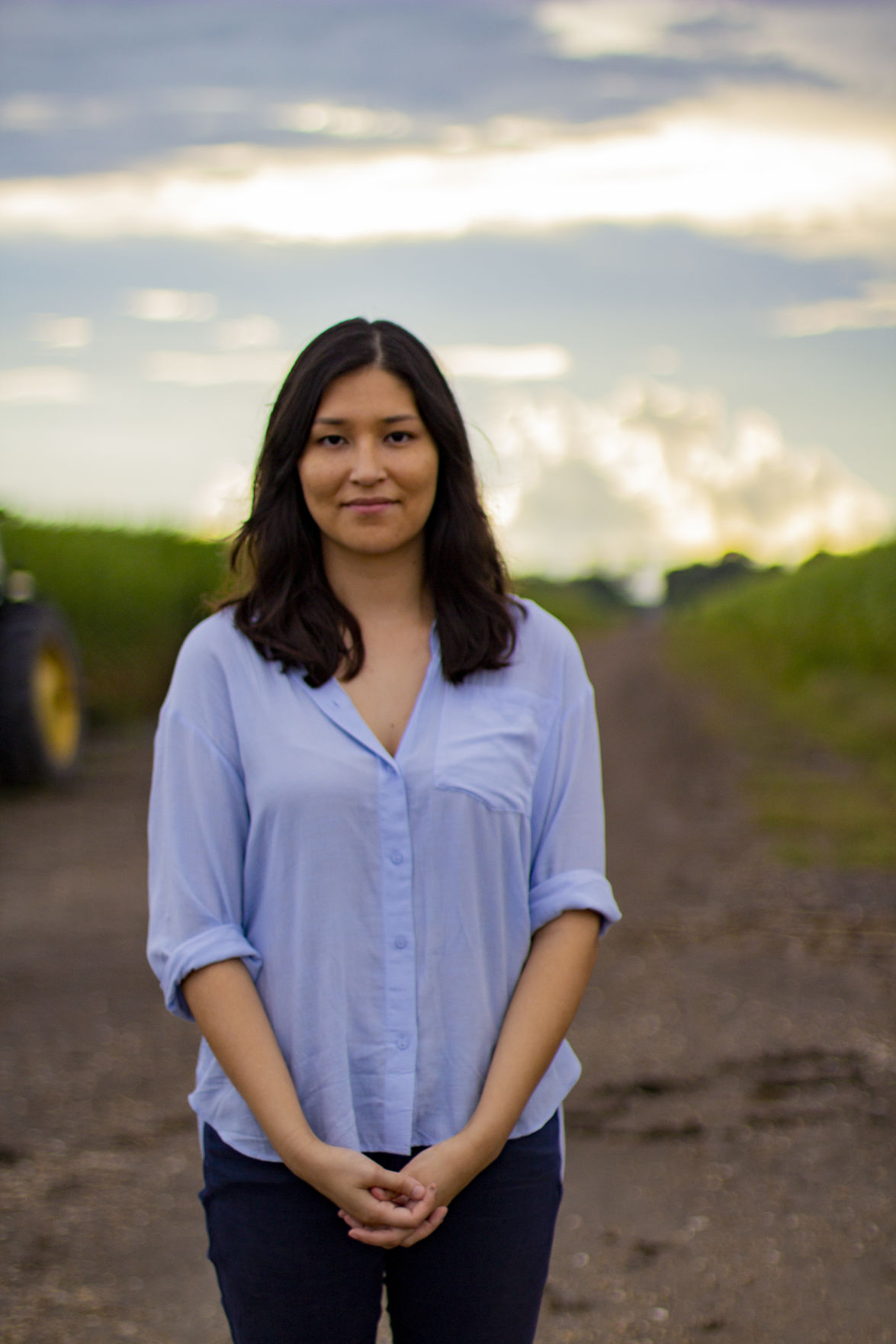 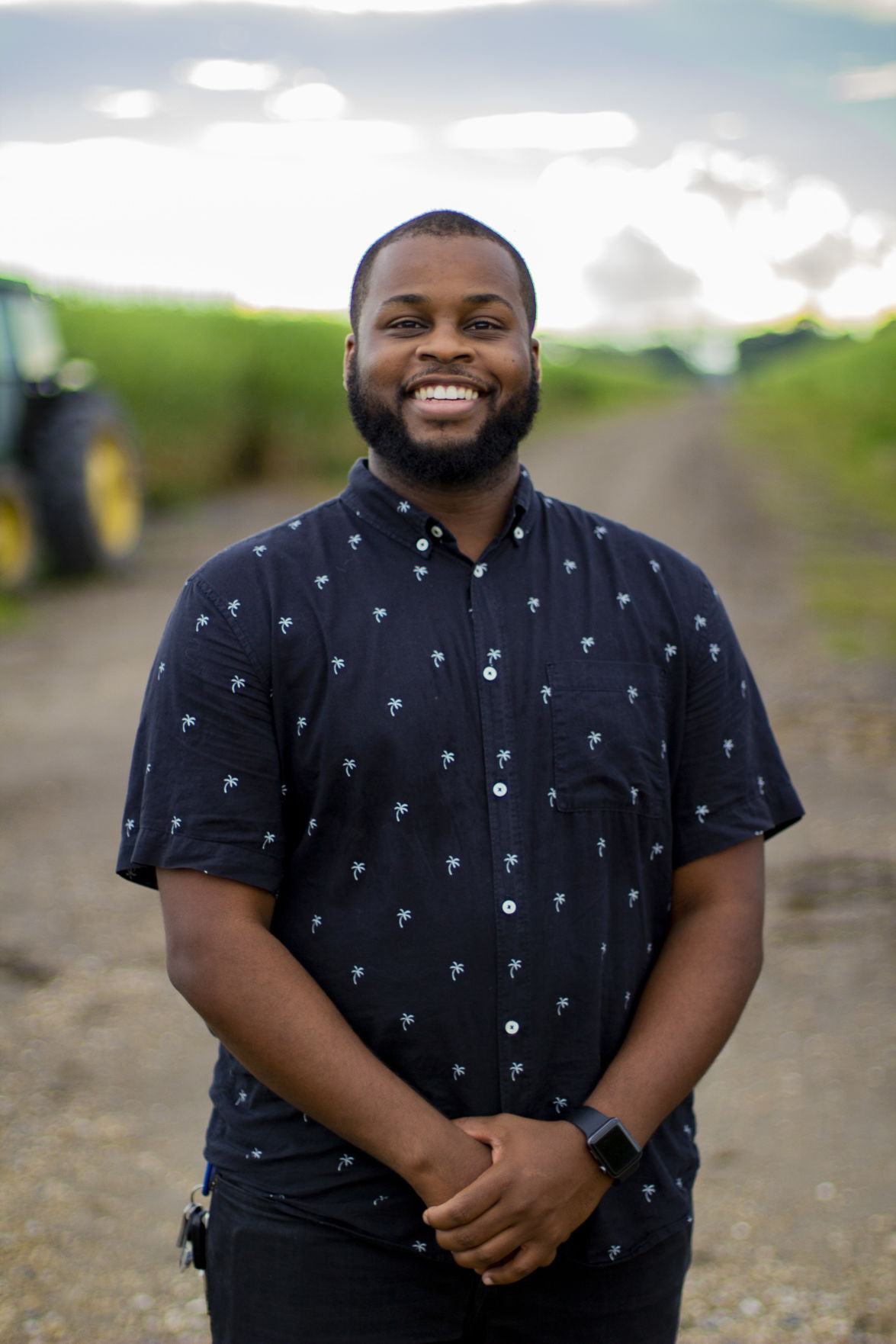 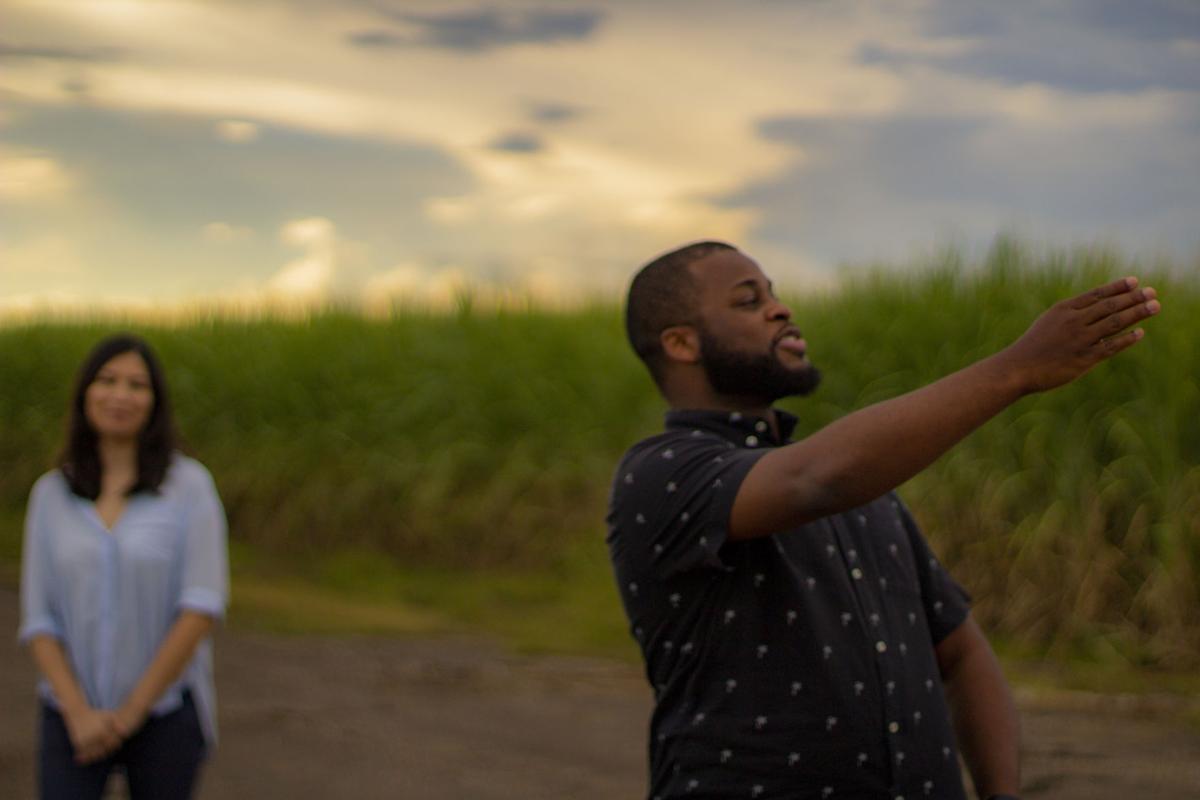 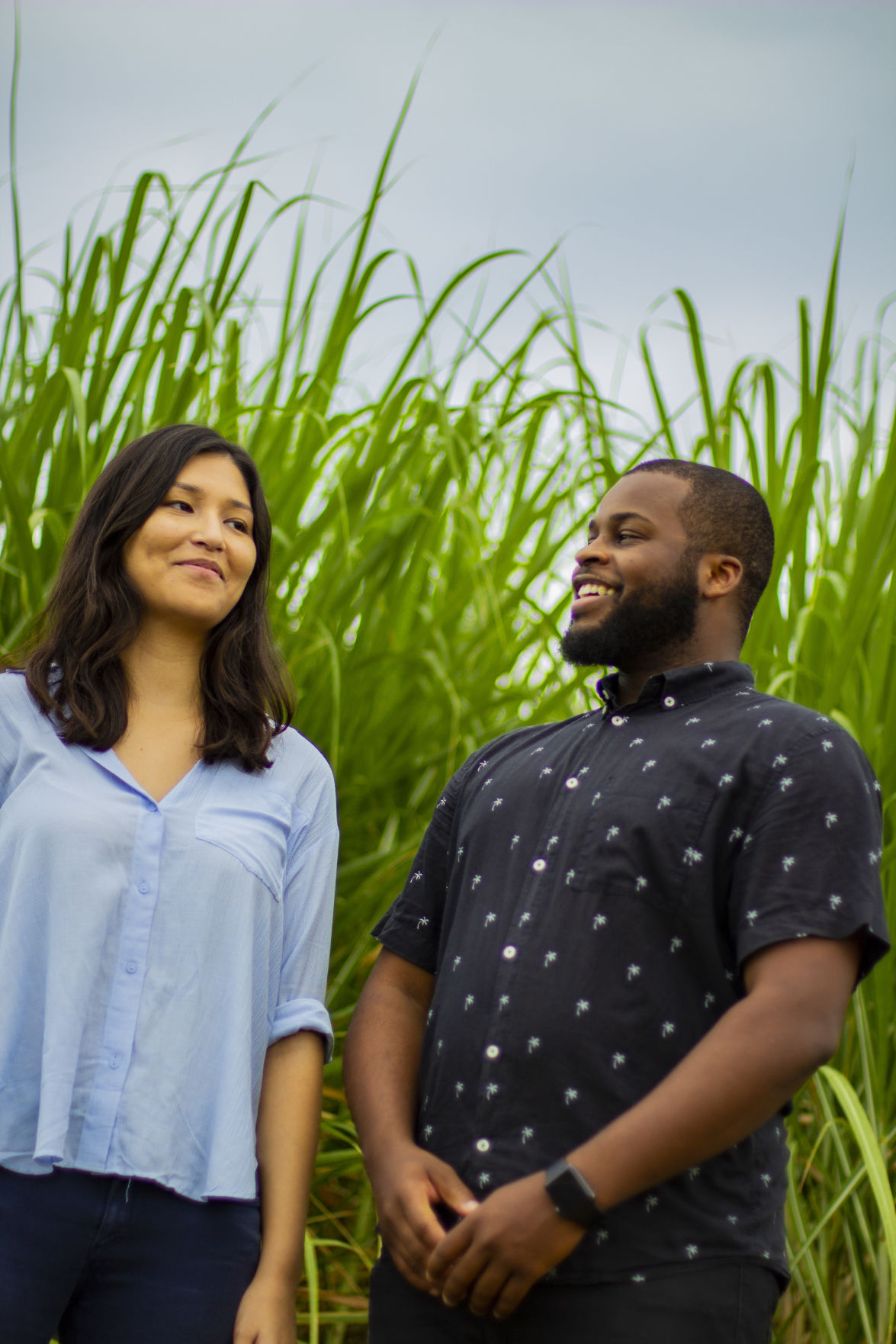 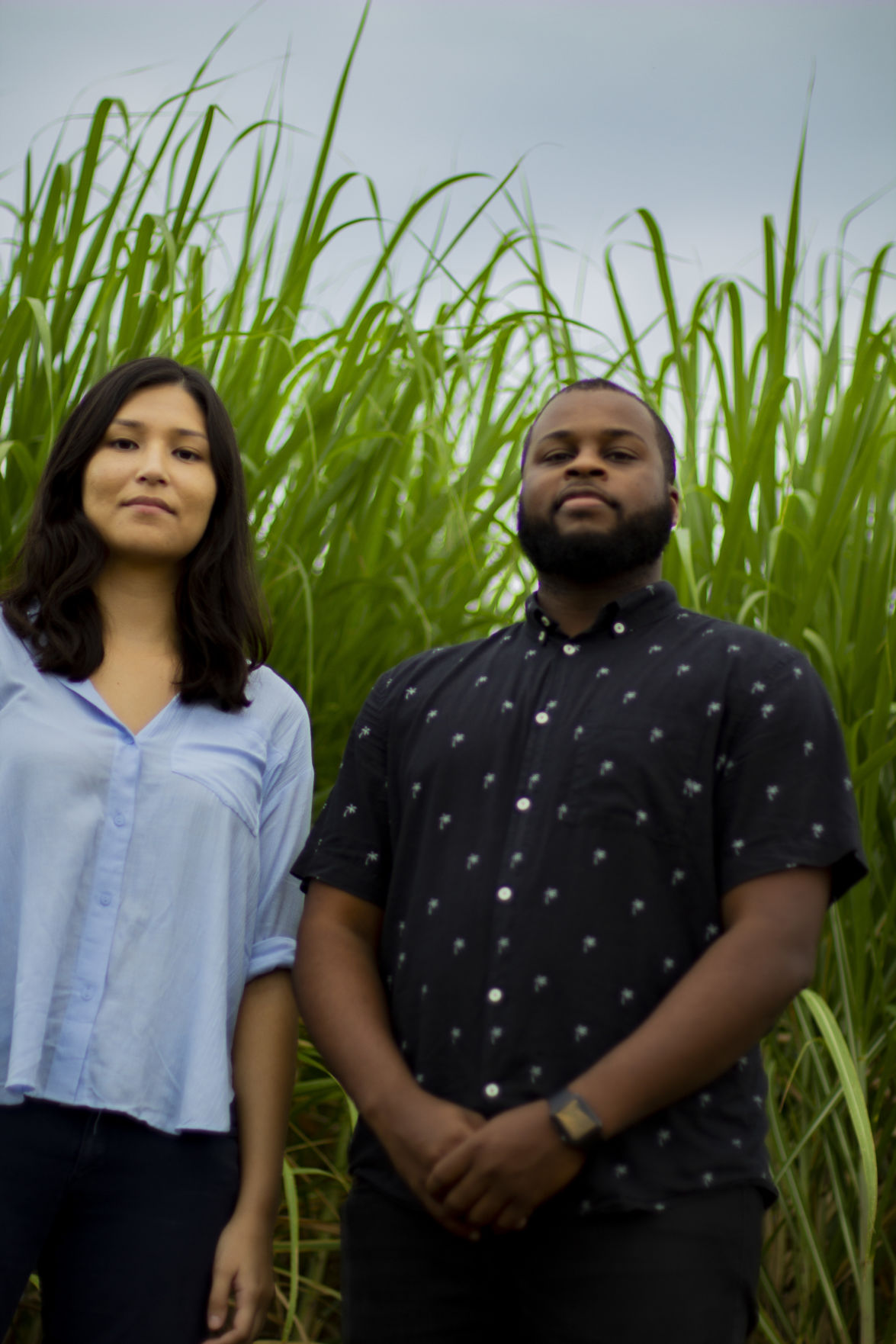 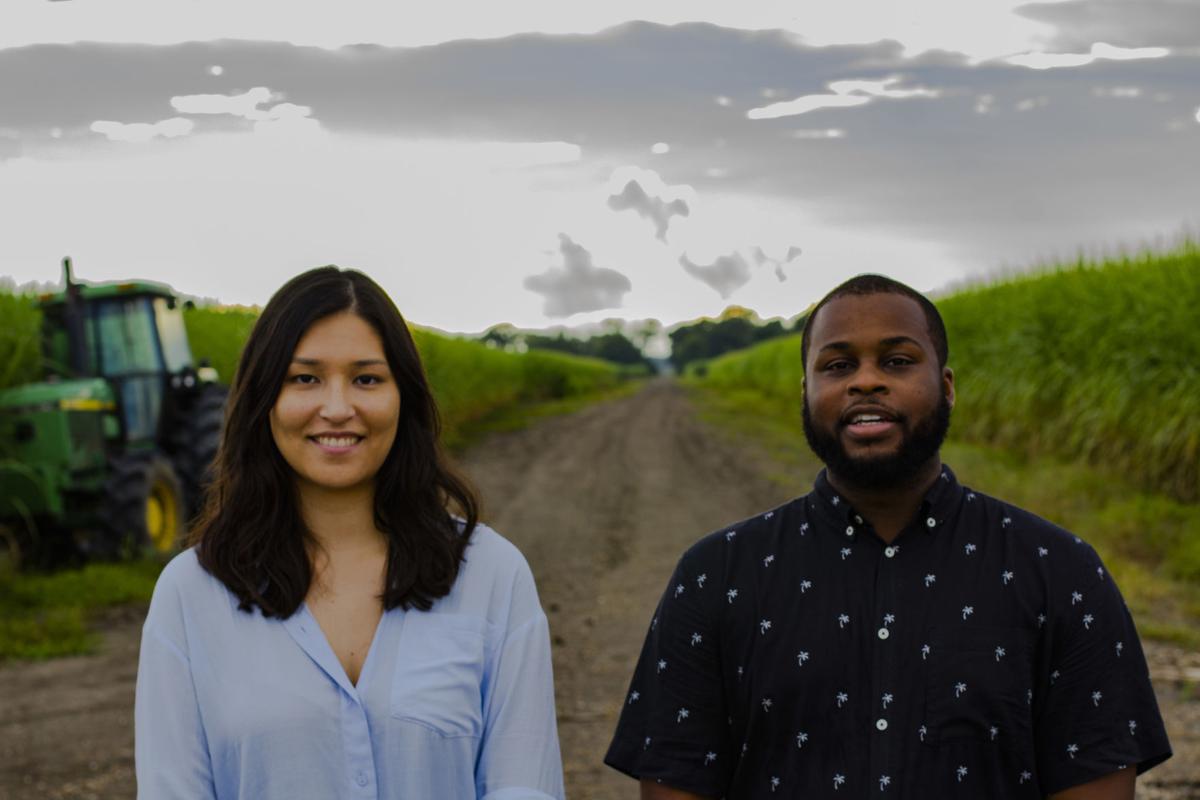 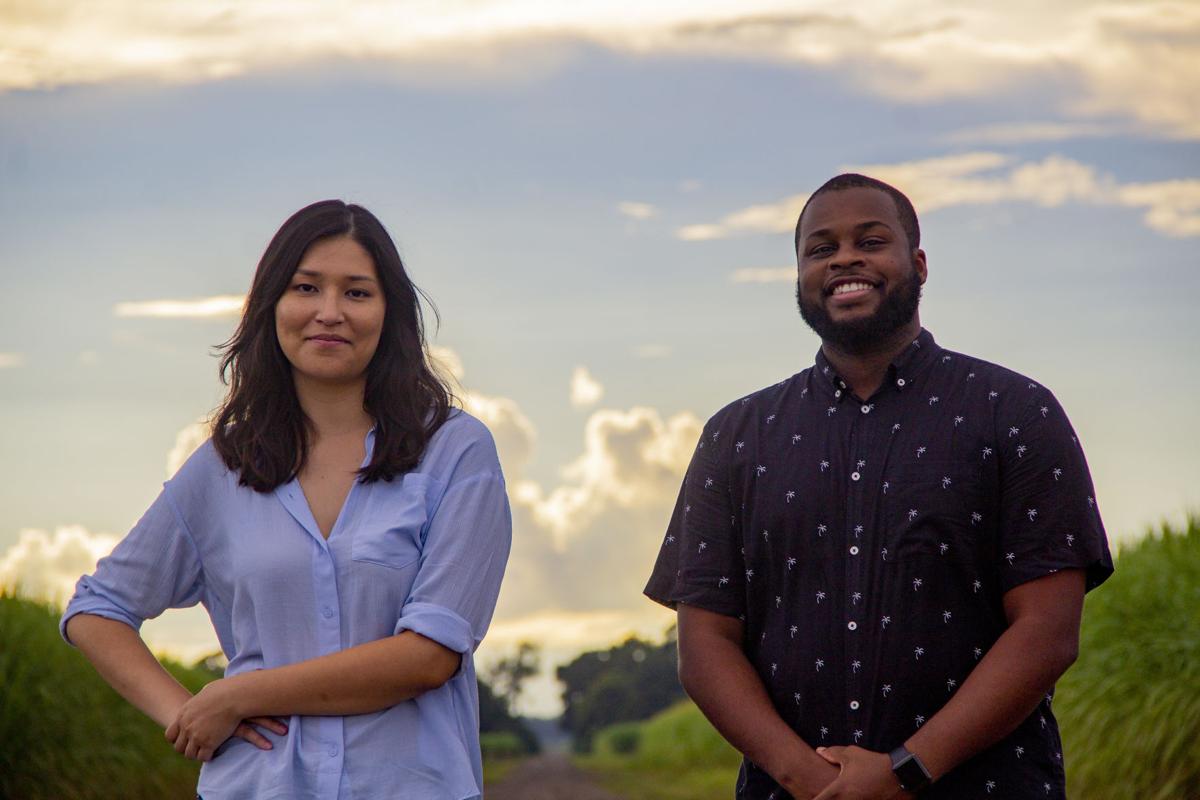 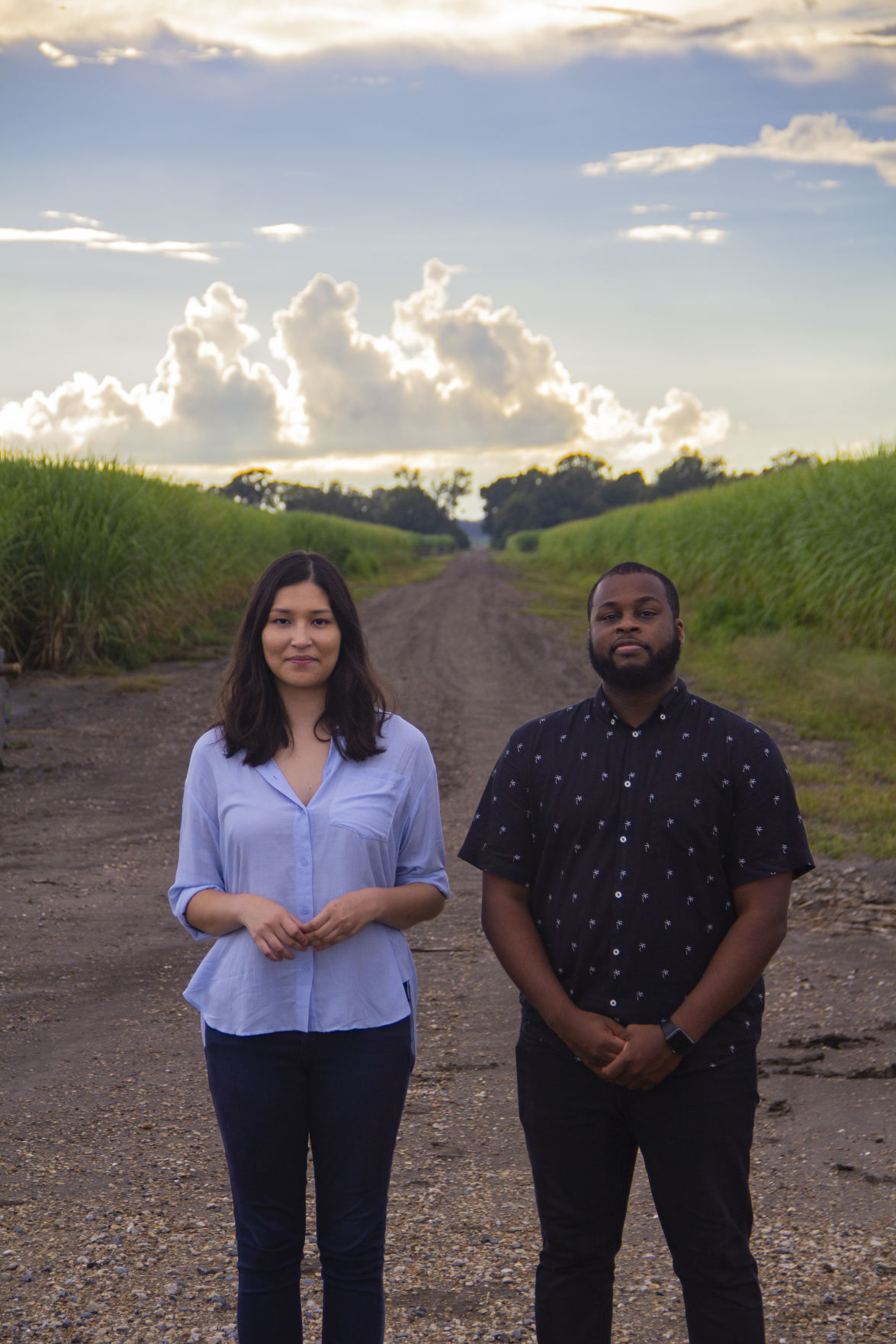 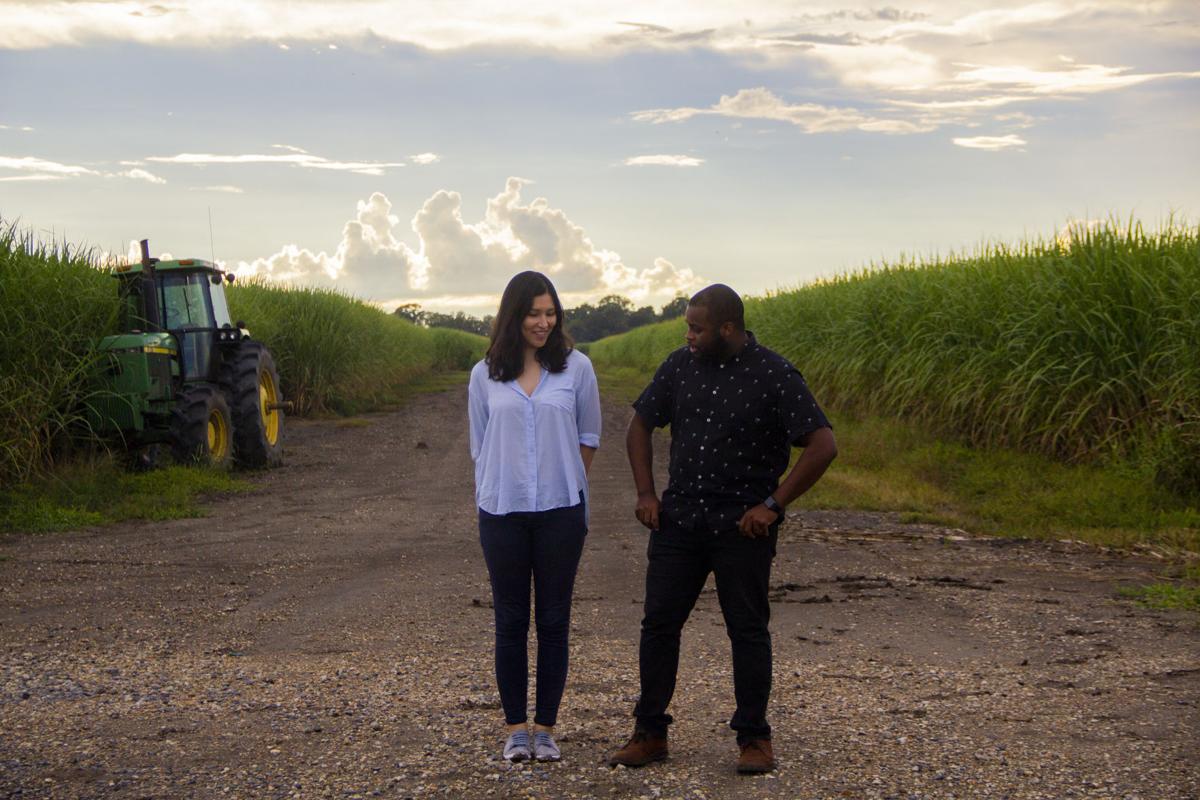 Growing up in her small Louisiana hometown, Jane never quite felt she fit in. Born to a Vietnamese mother and a white father, she looked different than all of the other children in her predominantly white school. From a young age, she was confronted with a frequently asked existential question: “What are you?” Even as a child, she wanted to respond: “I’m a human. I’m a girl.”

Now, as a young adult, Jane is leaving her hometown with her sights set on a new, big city. Leaving her insular upbringing and struggles with identity in the rear view, she drives toward her fresh start — her new beginning.

This is the story of both the titular protagonist of “Jane,” a new short film by Baton Rouge filmmaker Abe Felix, and of Catherine Miguez, the film’s co-writer and lead actor. “Jane’s” script was largely inspired by Miguez’s real-life experiences as a biracial child in Lafayette.

“When you’re a child, you don’t realize that your parents are different races, or that your mom has an accent,” Miguez says. “But once you go out into the world, people start to focus on things you didn’t think were different.”

The pacing of “Jane” is simple — the audience rides alongside Jane as she drives with the rest of her possessions packed away in her car. Along the way, she pulls to the side of the road and finds an old diary, prompting her to relive some adolescent memories.

“Jane” is Felix’s narrative directorial debut. He met Miguez while they were both working for Launch Media, a local production company.

Felix, an aspiring director, and Miguez, an aspiring actor, co-wrote the film over the course of nine months. When Miguez shared her story with Felix while spitballing for ideas, he saw its potential — even though the film would highlight a character in a very specific circumstance, its themes could resonate with a wide audience.

“I think that ‘Jane’ is a film for anyone who feels that they’ve been ‘other,’” Felix says. “The hope is that the film will be a conversation starter and something that mixed race people can look at and take a little bit of inspiration from.”

The film was shot over the course of two days in October 2017, thanks in part to a month-long crowdfunding effort that garnered nearly $10,000. With those funds, Felix was able to hire a 15-person crew and film with the same equipment used in many major Hollywood productions. With these resources, he turned his directorial vision into a reality.

Felix is currently in the process of establishing “Jane’s” presence on the U.S. film festival circuit — it was screened at the 2018 New Orleans Film Festival — and he aims to see the film published online in some format before the end of the year.

In speaking with Felix and Miguez, it is clear they are both eagerly awaiting the day they can share “Jane” with the world.

“Once the film goes public, people across the world can see it and realize their stories matter,” Miguez says. “Hopefully they’ll be inspired to make their own films and share their own stories.”

Miguez is not alone in hoping the film will be culturally significant — Felix believes it may have the power to shift audience perspectives on race.

“The role we play as artists, creators and filmmakers is to create work that helps people critique their own behavior and inspires them to be more accepting and more tolerant of people who are different than they are,” Felix says. “I think that’s what ‘Jane’ can do. It can start a nuanced discussion about race and the way race often makes people feel.”

When you think of roller derby, images of fishnet stockings, tutus and glitter may come to mind — what you may not imagine is that a once glit…

Column: Is it time for LSU to secede from the SEC?

Every LSU student knows parking can be a disaster on campus. LSU linebacker Devin White took matters into his own hands when he rode his horse…

While LSU Res Life prepares to tear down dorms across campus, there are no plans to replace 52-year-old Edward Gay Apartments, despite recommendations to demolish

They predate Lockett Hall and were built just seven years after Middleton Library, yet there is no date set to replace the only on-campus hous…