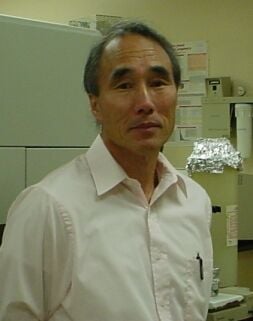 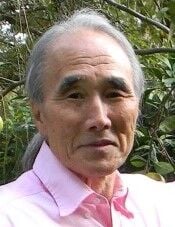 Norimoto Murai, an accomplished LSU professor and researcher of 37 years who instilled in his students a strong work ethic and love for science, died Nov. 20 in the hospital after he was struck by a vehicle while biking near LSU’s campus. He was 77.

Murai was biking on Stanford Avenue around 11 a.m. on a Saturday morning when he was struck by a vehicle half of a block away from his home. The driver stayed on the scene while Murai was transported to the hospital, where he died, according to The Advocate.

Report: LSU professor killed after being struck by car while biking

Murai was a successful professor and researcher in LSU’s College of Agriculture, where he was awarded a total of $2,012,342 in competitive grants, including from the United States Department of Agriculture.

Murai was very active. At 77, he biked and worked out at the UREC at least three times a week, and walked and ran around the LSU Lakes six days a week since 1985, his wife, Andreana Lisca, said.

The couple married in 1977 after meeting in Madison, Wisconsin, where Murai attended graduate school at the University of Wisconsin.

He completed the Boston Marathon three times, ran the 110 meter hurdle and specialized in the hammer throw on his college’s track and field team. He was also a good skier and graceful ice skater, skills he learned from his father in northern Japan’s alps, Lisca said.

Murai and his wife recently became grandparents in August and were looking forward to watching their grandson grow.

“I joked that we would be so old or maybe not around anymore to see him graduate high school and college,” Lisca said. “Norimoto said that now things could be done and we could live longer, and when I said ‘yeah right, don’t think so,’ he said ‘you never know.’”

Murai was born on March 4, 1944, in Sapporo, Japan, to Nobuo and Hideko Murai. He received his Bachelor of Science and Master of Science from Hokkaido University in 1966 and 1968, respectively.

When Murai moved to the United States, he received a Ph.D. in botany and biochemistry at the University of Wisconsin-Madison in 1973. As a Ph.D. candidate under the supervision of Professor Folke Karl Skoog, Murai studied the RNA of tobacco.

Murai shared his passion for science with his students at LSU, incorporating them into his research as he became one of the first biologists to genetically modify plants in this manner. In 1998, Murai filed a patent that encoded mutated genes within crop plants which allowed resistance to Imidazolinone, a class of powerful herbicides that inhibit certain enzyme production.

Sathasivan, currently an associate professor at the University of Texas-Austin’s Department of Molecular Biosciences, studied under Murai from 1987 to 1990 at LSU as the professor’s second graduate student.

Sathasivan recalls that Murai helped guide his career as a positive role model, instilling a “passion to teach” that would follow him even 30 years after graduating.

“Seeing the students’ success as your success was a very important lesson I learned from him,” Sathasivan explained. “He treated his students like tough parents who love their children. Every semester, he would have the students clean the lab thoroughly, and then take them all for a delicious pizza party.”

Murai was also committed to seeing projects through to completion, Sathasivan said. He recalls a time when Murai took a second project away from him and didn’t let him work on it again until he completed his first one.

“He was a role model for being disciplined and organized, working hard with laser-sharp focus, bringing projects to completion, conducting research with rigor, and getting the research findings published on time,” Sathasivan said.

Jeffery Hoy, a senior professor of agriculture and natural resource management, did not work with Murai professionally, but were close friends outside of work. Hoy recalled Murai’s frequent bike rides around the LSU lakes, a low stakes poker group the two were a part of and his contributions to work functions.

“He liked to cook,” Hoy said. “We’d have these social events and he would always cook something and bring it when all our families got together.”

Following postdoctoral work at the University of Wisconsin, Murai returned to Japan as a tenured faculty appointment in plant molecular biology at the National Institute of Agrobiological Resources in Tsukuba for two years.

From 1985 to 1991, Murai was a tenured associate professor in the Department of Plant Pathology and Crop Physiology at LSU, where he held a full position as a professor starting in 1991 until his death.

Murai held membership in multiple professional organizations throughout his tenure studying the molecular biology of plants, including the American Association for the Advancement of Science, the American Society Plant Physiologists and the International Society Plant Molecular Biology.

Murai is survived by his wife, son, Naoki, and a grandchild born in August.

Rain showers in the evening will evolve into a more steady rain overnight. Low 56F. Winds S at 5 to 10 mph. Chance of rain 70%. Rainfall near a half an inch.

Partly cloudy in the evening with more clouds for later at night. Low 28F. Winds N at 10 to 20 mph.