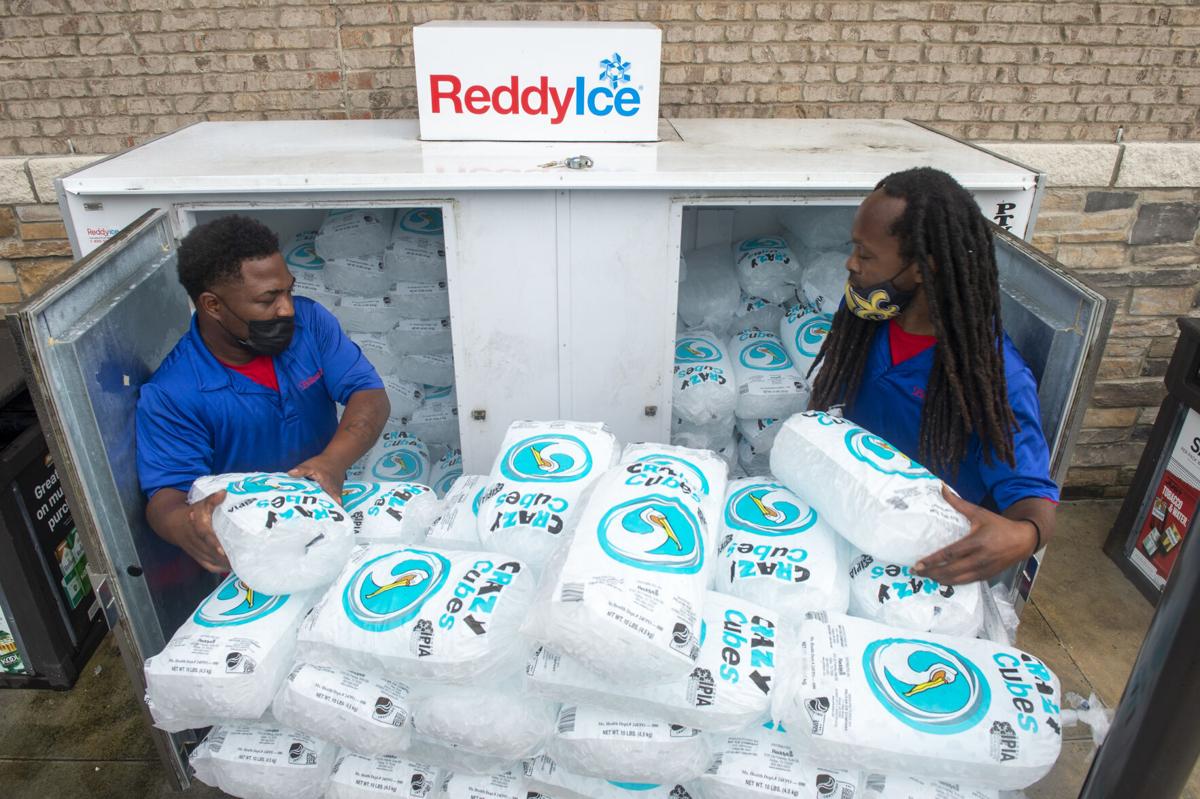 Corey Williams, right, and John Smith, both of Pelican Ice, hurriedly stack bags of ice into a gas station freezer in preparation for Tropical Storm Ida on Friday, Aug. 27, 2021 in Jefferson, La. Forecasters now say Ida could be a major Category 3 hurricane with top winds of 115 mph when it nears the U.S. coast. (Chris Granger/The Times-Picayune/The New Orleans Advocate via AP) 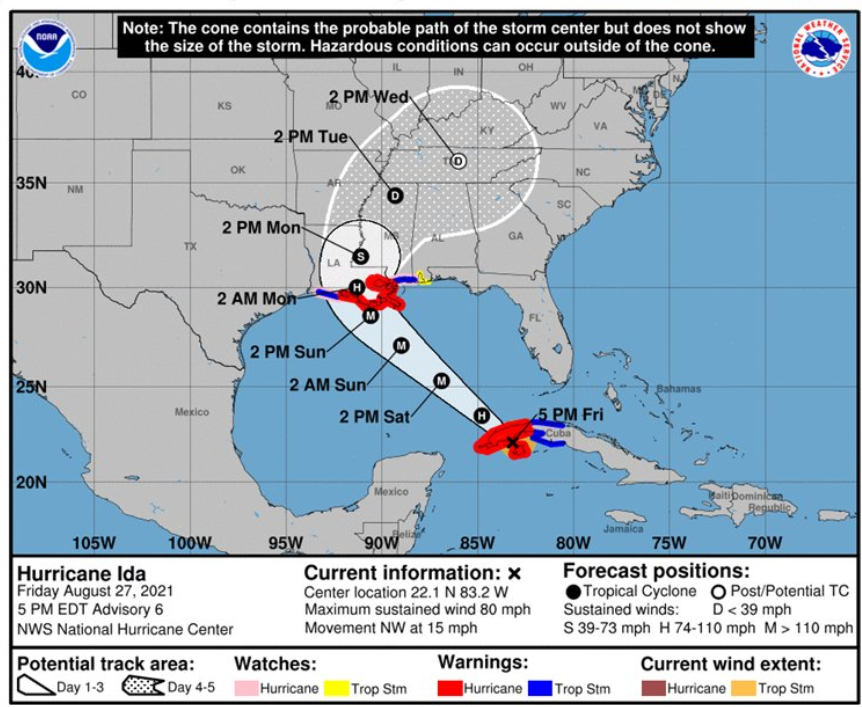 Gov. John Bel Edwards stressed to Louisiana residents to prepare for a possible Category 4 storm during a press conference Friday afternoon as Hurricane Ida barreled toward Louisiana's coastline at a rapid pace.

"I want to encourage everyone that by nightfall tomorrow night you need to be where you intend to be to ride out the storm," said Edwards.

Meteorologist Benjamin Schott said that the earliest time the storm will hit the coastline is Saturday evening, while more inland areas can expect to see the hurricane early Sunday morning.

LSU announced earlier Friday afternoon that the campus would be closed Saturday through Monday, shutting down all events, activities and classes—whether virtual or in-person—in response to the storm.

Residence halls and on-campus apartments will remain open, with food being available to residents.

A large portion of Southeast Louisiana will see 10 to 15 inches of rain, while some areas will see over 15 inches, according to Schott. Sustained winds could hit the coast at speeds of up to 140 mph.

This will be a life-altering storm for some people," Schott said.

Both Schott and the governor said the most important thing Louisiana residents could do right now is prepare. They said Hurricane Ida is moving at much faster speeds than expected, giving the public "24 to 36 hours at most" to take action.

LSU asks that students enroll in emergency text message updates through the MyLSU portal, and that those living on campus shelter in place and keep in contact with Residential Life staff.

Students should also prepare for weekend weather by having water, non-perishable food, a flashlight with extra batteries and a portable charger. Officials said during the press conference that a considerable portion of the state will lose power.

Joe Kanter, Louisiana's chief public health officer, advised that no one drive once the storm hits, noting that once winds hit a certain speed, emergency responders will be unable to attend to car accidents and other emergencies.

"If you don't absolutely need to be on the road during the storm, don't," Kanter said.

NEW ORLEANS (AP) — Hurricane Ida blasted the Louisiana coast on Sunday, with the eye of one of the most powerful storms to ever hit the U.S. c…