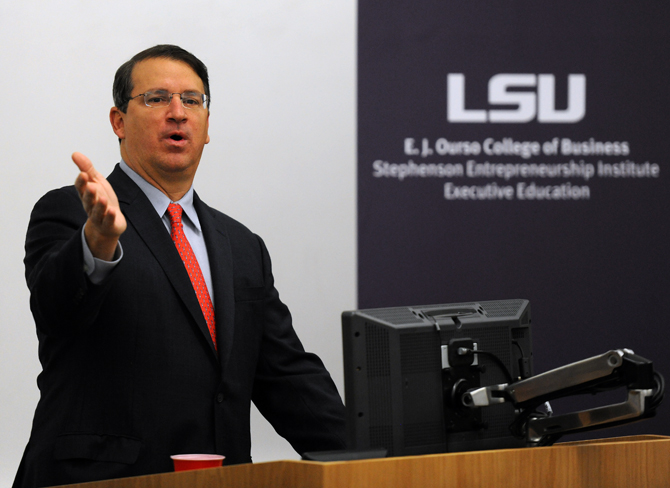 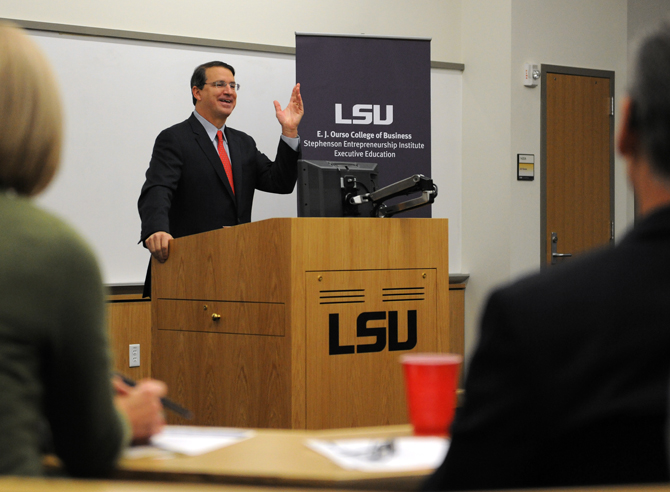 An inherent ability to overcome obstacles that arise in business situations and an ability to face them with no fear compelled self-proclaimed “serial” entrepreneur and CEO of Georges Enterprises, John Georges, to success, he explained Tuesday to fellow entrepreneurs and other guests at the University Executive Education’s Breakfast to Business event.

The quarterly event was scheduled this week to coincide with Baton Rouge Entrepreneurship Week, where various organizations and businesses are coming together to highlight entrepreneurial aspects in the city.

Georges has had extensive entrepreneurial experience as the CEO of Georges Enterprises, which was originally called Imperial Trading and founded in 1916 by Gus Pelias, Georges’ grandfather.

The New Orleans native has also worked in the casino gaming industry as well as the tugboat industry where, he said, he had commercial success.

His most recent venture was the purchase of The Advocate in April 2013, which, he said, has begun to flourish under his leadership as publisher by focusing on local news the public wants to consume.

The Advocate business plan under Georges’ leadership focuses on producing a better product than competitors, such as The Times-Picayune, that are focused on cutting budgets to adapt to a new business environment rather than focusing on producing something the people want, he said. Georges said his approach is going after traditional businesses in non-traditional ways.

Who would have guessed a Baton Rouge-based newspaper would be challenging The Times-Picayune for readership in New Orleans, Georges asked, which is exactly what The New Orleans Advocate is doing in the area, he attested.

Georges commended the progress the Baton Rouge area has had recently in attracting businesses and new entrepreneurs. He said he has invested in the city because he wanted to be a part of the excitement and involvement.

Georges also predicted a mass influx of people to the area in the near future because of that new environment and the ability to easily fix business roots here.