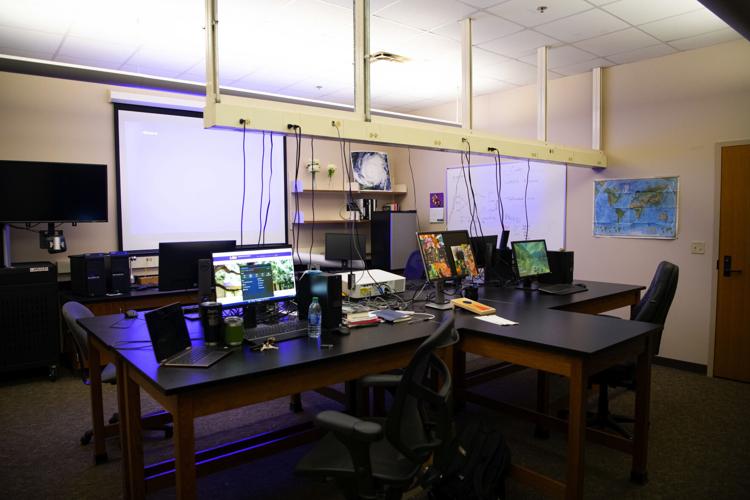 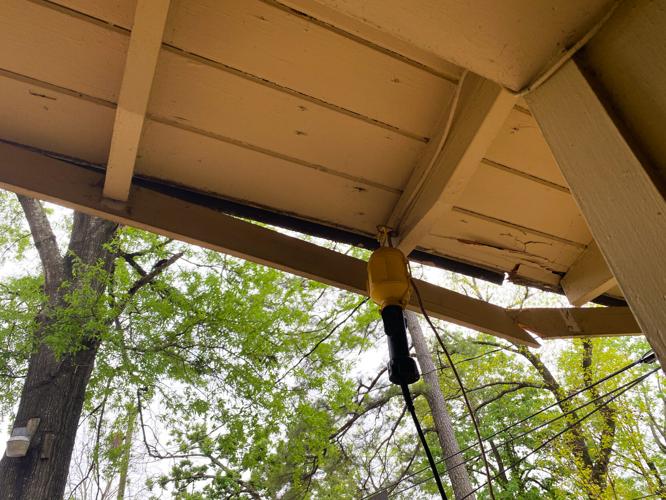 Part of the roof hangs down after being hit by a tree Friday, April 15, 2022, at a house in Shreveport, La. 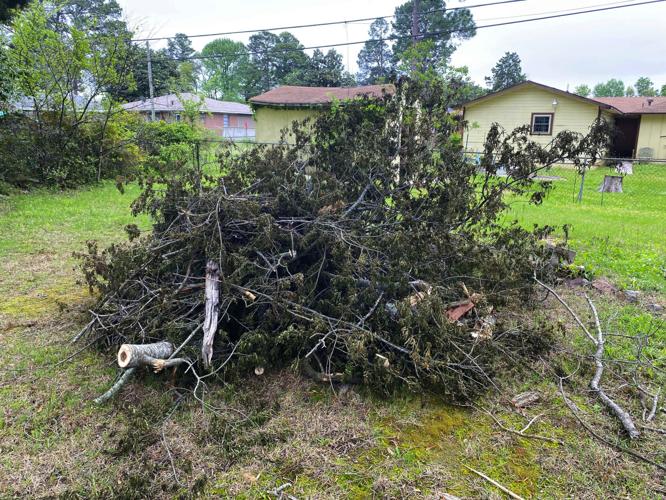 Fallen limbs sit in the backyard after a severe storm Friday, April 15, 2022, at a house in Shreveport, La.

Part of the roof hangs down after being hit by a tree Friday, April 15, 2022, at a house in Shreveport, La.

Fallen limbs sit in the backyard after a severe storm Friday, April 15, 2022, at a house in Shreveport, La.

Some students who were affected by the storms looked to the university for help.

Molly McCann, the operations manager for LSU’s Division of Student Affairs, said around 10 students have applied for financial aid thus far from the Student Emergency Support Fund because they were affected by recent severe weather. Many of those students’ families lived in parts of New Orleans damaged by the March storms and tornadoes, McCann said.

The Student Emergency Support Fund is designed to help students who have unexpected expenses after an emergency. The maximum award amount for students applying to the fund is $750.

McCann said other students affected by the weather could still apply for financial support.

“The clean-up is going very good—actually, way ahead of pace,” McInnis said. “We are now looking at long term solutions through non-profit organization, and trying to set up a process for individuals to seek assistance.”

Help from the state was quick, and the parish government had all the aid it needed to clean up and begin demolishing severely damaged homes, McInnis said. The Federal Emergency Management Agency likely won’t grant financial aid to individual Arabi residents.

“We don’t think we’re going to meet the threshold for individual assistance,” McInnis said. "But you know, that assistance is minimal in the totality of someone losing a home.”

Individual assistance through the FEMA Individuals and Households Program can provide up to $33,000 to an individual or household, according to the Louisiana Governor’s Office of Homeland Security and Emergency Preparedness.

McInnis said the parish government is trying to work with nonprofits to make sure residents have transportation and help those with insufficient or no insurance to finance and rebuild their homes.

“We at parish government are suggesting any donations go through our website,” McInnis said. “That donation goes to Greater New Orleans Foundation… we set up where those donations will go directly to the citizens of the affected area.”

“We have a great outlook for the future of that area of Arabi, and I really do believe we’re going to grow back bigger and better than we were before,” McInnis said.

LSU students and faculty studied the storm that caused the tornado that carved through Arabi.

Since Louisiana is notorious for storm surges and severe weather, LSU offers a lab that studies coastal meteorological events within the state. Students are immersed in studies on recent storms to find ways to lessen the impact of severe weather on local communities.

The Coastal Meteorology Lab occupies 600 square feet of the LSU Energy, Coast and Environmental Building for the primary focus of coastal meteorology.

Reesman said tornadoes are not uncommon in New Orleans, as previous tornadoes hit in February of 2017. However, this particular tornado that landed on March 22 was the strongest recorded in New Orleans.

“Compared to hurricanes, the wind strength was stronger than a hurricane,” Reesman said. “However, the overall damage was not as significant as hurricanes in previous years, consequently due to hurricanes’ strong storm surges.”

The COMET lab houses computer clusters that students can access to track weather and its effects. Reesman said that students within the COMET lab use the LSU supercomputing resources to run numerical weather simulations and use the model output to access various weather phenomena.

Throughout his research, Reesman found that cyclone heat events are emerging now more than ever.

Reesman said that while people recall Tornado Alley, parts of Oklahoma, Kansas, Nebraska, Iowa, Texas, Arkansas and other states as the hot spot for tornado activity, the southeast experiences more deadly tornadoes. He said that studies have shown the costly damage from tornadoes in Louisiana is a consequence of poorly made housing structures and bumpy terrain.

The COMET lab publishes its results online and sometimes works on projects with the National Weather Service office in Slidell to assist the service office in relaying the severe weather messaging to the public. Reesman said that it can be difficult to track these storms, but has positive effects in the future.

“This past tornado occurred at 7:20 p.m., which is one of the later time slots for a tornado to ever hit New Orleans,” Reesman said. “That time slot for the hurricane to appear was less fatal because of the decreased amount of people driving back from work and other areas across town.”

Reesman recommends that residents stay aware and follow local weather services to prepare for these storms.

Mass communication and geography senior Kelsey Otlhing has worked on projects that emphasize that meteorologists and emergency management responders should be aware of non-severe weather events and how they can have big impacts.

“Seeing the damage resulting from these severe weather events hits close to home because although I knew in advance that we were expected to get severe weather, nobody knew if a tornado was going to directly affect them,” Othling said.

Othling said the tornado that struck Arabi was heartbreaking.

“Knowing that that area was still recovering from the impacts of Hurricane Ida last year-in addition to Arabi being a more vulnerable population-it was heartbreaking to see the damage and know the costs of having to rebuild your livelihood all over again,” Othling said.

Scattered thunderstorms in the evening, then mainly cloudy overnight with thunderstorms likely. Low 68F. Winds SSW at 5 to 10 mph. Chance of rain 80%.