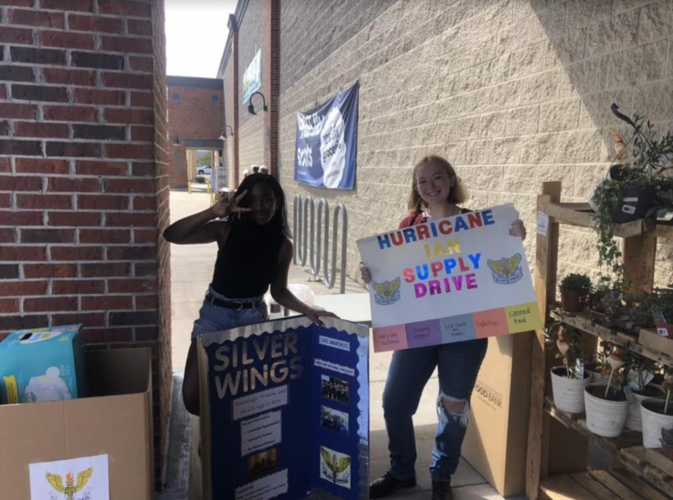 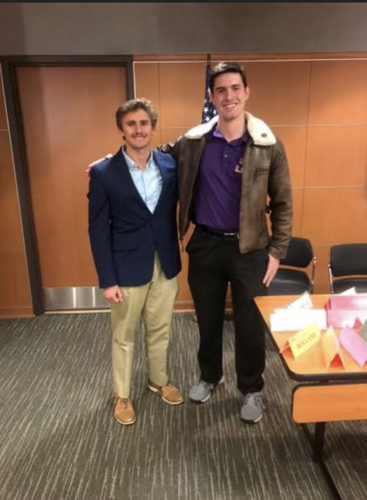 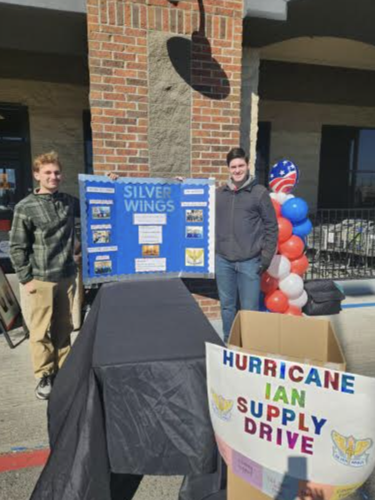 LSU’s chapter, which is in region nine of the national organization, is one of two active chapters following the pandemic, mechanical engineering senior and region president Colin Raby said.

As region president, Raby said that he serves as the bridge for providing resources to the local chapters and national Silver Wings staff.

Despite being around since the 1980s, Raby said that LSU’s chapter of Silver Wings just recently restarted in the spring of 2022 following the pandemic, despite winning best student organization in 2019.

Since then, the organization has been active in the community, contributing to the Hurricane Ian relief drive, Wreaths for America, various blood drives and general involvement in civic life.

“We encourage our members to constantly be giving selfless service to the community,” Raby said.

Students who might be interested in the military when they are older should consider joining Silver Wings, Raby said, adding that many members get exposure to companies that hire people in Silver Wings. Many of the group’s members have received scholarships and job offers from aerospace companies in the past.

“I thought it was an organization with a good mission that could really benefit a lot of students on LSU’s campus and in the local community,” Raby said.

Raby said that a couple of months ago, a few organizations from Fort Myers were in contact with the LSU’s Silver Wings chapter, expressing a need for non-perishable items.

“Once the media has moved on, people around the world aren’t focused on it anymore and you don’t see the same type of support,” Raby said. “People can’t recover from disasters such as Hurricane Ian in only a couple of months.”

Silver Wings members will go to local grocery stores and pitch them the need for help, Raby said, asking shoppers to donate money or non-perishable items to the cause.

He said it has been a great success and they are talking with many large grocery stores interested in donating a bulk amount of goods to the cause as well.

“The call was made and we are doing our best to answer it,” Raby said.

Psychology junior Patrick O’Neill said Silver Wings is a professional service organization that advocates for service within the community while enhancing each member’s professional development in the workforce.

“Our interests lie in service work, personal growth, building friendships, and taking on any cool opportunities that the Silver Wings national organization has to offer,” O’Neill said.

O’Neill’s jobs as interim vice president for the southern region and project manager for the Hurricane Ian Relief Efforts on Behalf of Fort Myers allow him to apply his passion for service work and being a part of something bigger than himself.

“Silver Wings was just the place for me to fit in,” O’Neill said.

O’Neill said through the money they have received from Student Government, Silver Wings has been able to afford the transportation of donated supplies. All additional funding the group gathers is through collections and their GoFundMe campaign goes toward more non-perishables and supplies.

O’Neill said LSU’s Silver Wings chapter saw that Fort Myers was still suffering from the impact of Hurricane Ian and was in need of major assistance. He said they saw the opportunity to impact their community and the LSU community by showing them how seriously they regard philanthropy.

O’Neill said this drive is also testing the willpower, strength and commitment of the current organization’s members. He said it is setting a benchmark for their capabilities in the future toward making an impact on the community and beyond.

“We have some ideas in the works for next semester and we cannot wait to put them into action,” O’Neill said.

Computer science senior Cort Fuller said that it was O’Neill who proposed the project, with all members quickly supporting it. Fuller, the group's president, said that Louisiana is very familiar with hurricanes and many members know that hurricane recovery is more than just a first response.

He said the residents of Fort Myers will be in need for quite a while and they hope their drive will get them some relief, especially for the holidays.

“In the end, we are hoping our total donation to those in Florida will be impactful,” Fuller said.

Looking to the future, Fuller said their chapter is looking to do more initiatives in coming semesters. He said with each project, they learn what works and what doesn’t and it helps them brainstorm for the next volunteer activity.

During winter break, he said they are planning smaller acts of service like helping the Daughters of the American Revolution with wreath placement and pick-up for veterans’ graves.

Students, Iranian community protests on campus with 200 other universities in global rally

Transferring to LSU from a community college was very intimidating for Political communication sophomore Julie Smolsky, especially since she d…

'Dead week' is here: Prepare for your final exams with this guide

"Dead week" is officially here, and LSU's concentrated study period has begun. It's time to buckle down and push through the last week of the …