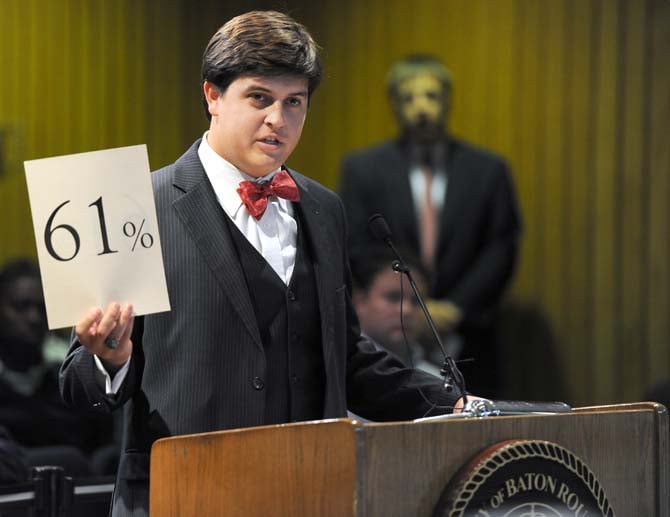 Dixon McMakin, graduate student, voices his opinion in support of repealing Louisiana's Blue Laws. He said 61 percent of people surveyed in East Baton Rouge Parish supported repealing the laws in the past. 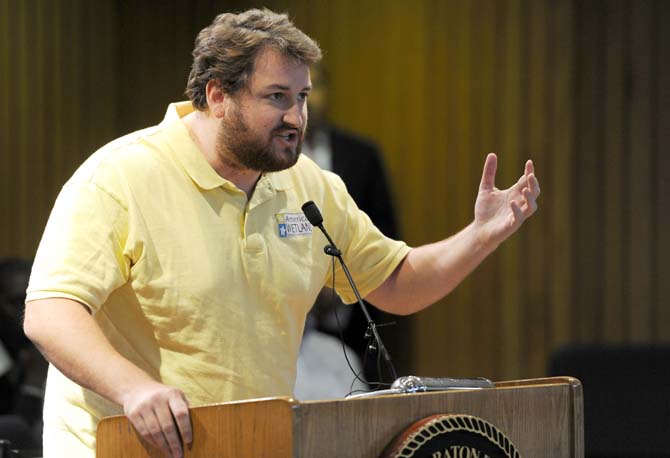 Jay Ducote, LSU alumnus and author of biteandbooze.com, voices his support for the repeal of state Blue Laws during a City Council meeting on Wednesday afternoon. 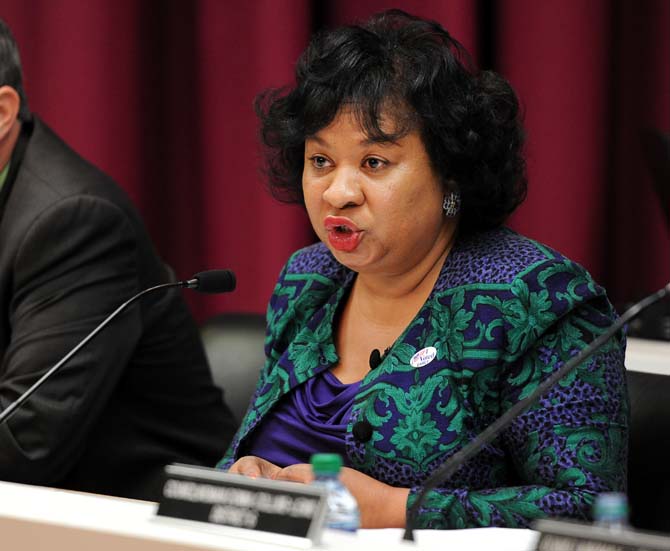 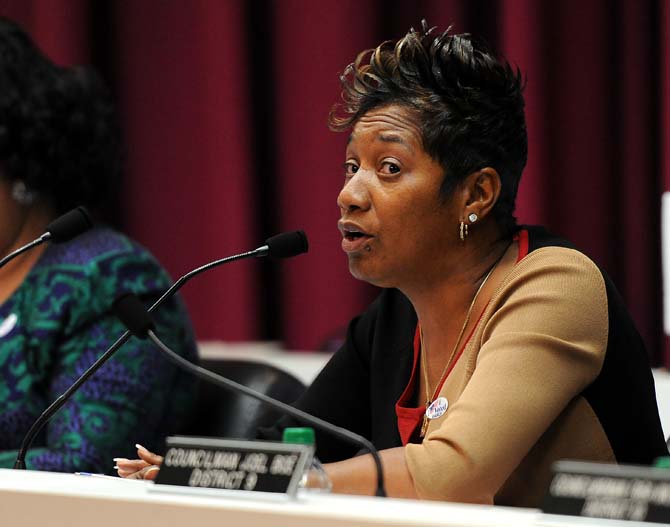 Dixon McMakin, graduate student, voices his opinion in support of repealing Louisiana's Blue Laws. He said 61 percent of people surveyed in East Baton Rouge Parish supported repealing the laws in the past.

Jay Ducote, LSU alumnus and author of biteandbooze.com, voices his support for the repeal of state Blue Laws during a City Council meeting on Wednesday afternoon.

The vote was 8-3, with Councilwomen Tara Wicker and Ronnie Edwards, and Mayor Pro Tempore Mike Walker voting against. Councilwoman Donna Collins-Lewis was absent.

The measure will now go before Mayor-President Kip Holden for a veto or signature.

Author of the ordinance Councilwoman Alison Gary amended her writing from its original text, which stated Sunday should be treated like any other day with bars closing at 2 a.m., to saying bars could stay open until midnight.

Prior to the ordinance, the law stood that bars could not operate on Sundays.

Gary said she spoke to Baton Rouge Chief of Police Dewayne White about enforcing the new ordinance, and he said he would support the compromise because the police office receives most of its calls between midnight and 2 a.m.

Moving the Sunday closing time to midnight would help with reducing this problem, Gary said.

The ordinance passed after a public hearing, during which the citizens of Baton Rouge voiced concerns as well as support.

Retired policeman and Baton Rouge citizen Moses Evans Jr. opposed the ordinance and sided with White in saying passing the ordinance was not a good idea.

Evans said he spoke on behalf of people who lost their lives due to drunk drivers.

“This government needs to protect the people. We need no more alcohol,” he said.

Wicker said she voted against the bill because “Heaven does record everything.” She said government “should not regulate morality, but this is a health and safety issue.”

In response to Evans and other naysayers, Councilwoman C. Denise Marcelle said it is a person’s right to drink, and she had to put aside personal views in order to vote in favor.

“I did say I was a victim to a crime of alcohol,” Marcelle said.

Marcelle said she has been on murder scenes, and more than the influence of alcohol or drugs, the problem is the mindset of those killing. She said she does not see the correlation.

Bartender and Baton Rouge resident Dez Crawford also spoke in favor of passage, wearing a Hawaiian-print shirt and explaining, “I look like a tourist tonight because that’s who I want in our town.”

Crawford said numerous conventions could be passing up the capital city of Louisiana in favor of its neighbor, the 24-hour bar town of New Orleans.

“The city is thriving six out of seven days in the week. Third Street’s shut down on Sundays,” said Baton Rouge citizen and author of the “Bite and Booze” blog Jay Ducote.

Baton Rouge resident Danny Breaux said he chose to stay in Baton Rouge after graduation because he saw the city as a place that was “moving forward.”

After the ordinance was passed, he said the vote signifies a change in mindset that will allow for future rulings to go in favor of Baton Rouge being a city more open to entertainment options.

Councilman Ulysses Addison deleted an ordinance in favor of allowing bars to stay open until 4 a.m. Thursdays, Fridays and Saturdays.

“If you don’t like the rules, get out of our city,” Addison said.

Addison cited greater safety and lack of personnel to enforce the time limit as reasons for deleting the ordinance.