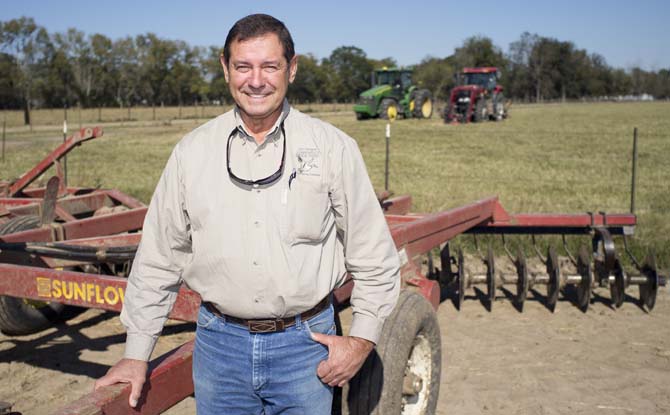 Ted Glaser poses in front of his farm equipment on his land in New Roads Friday, Nov. 16, 2012. He is now in the process of getting his fields tilled for the upcoming planting season. 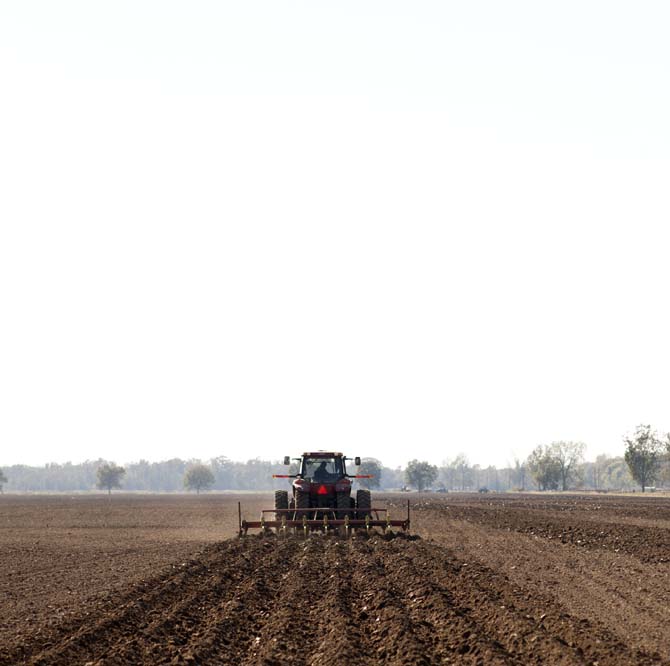 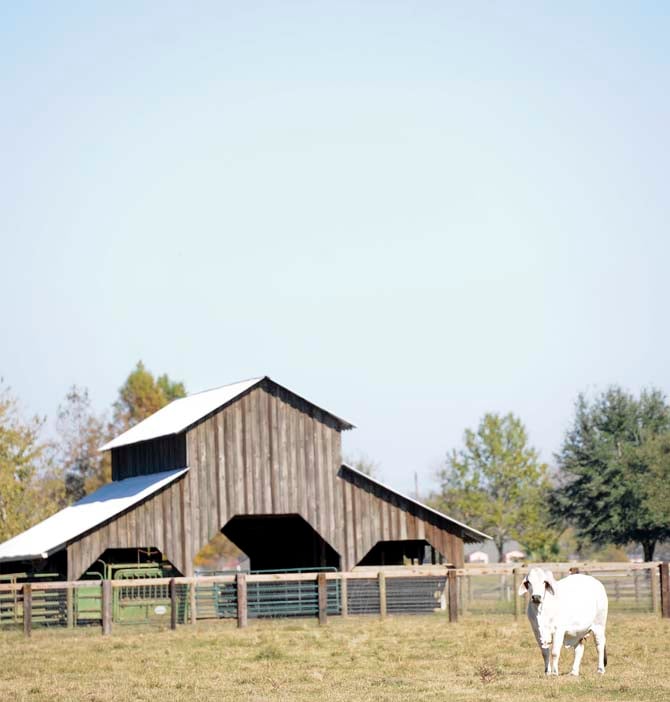 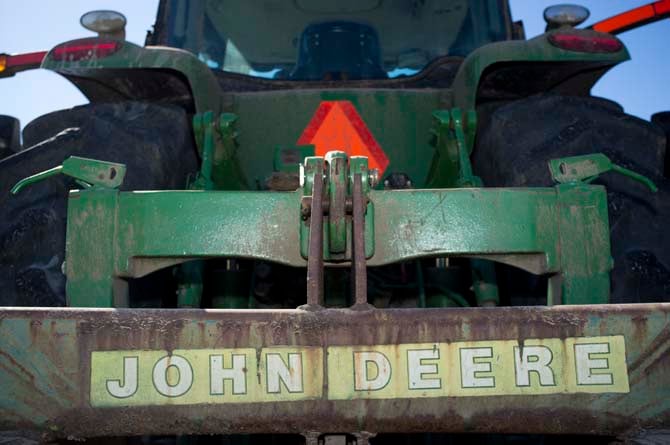 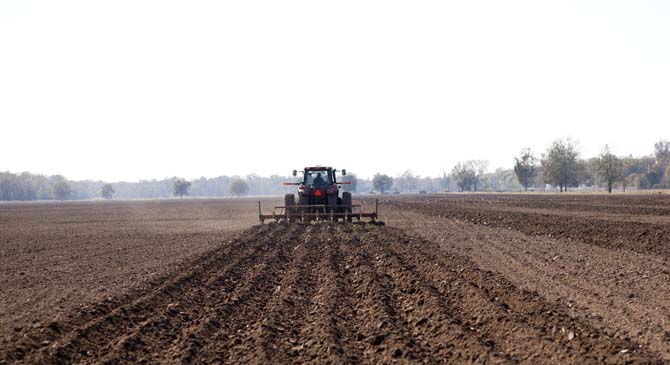 Ted Glaser poses in front of his farm equipment on his land in New Roads Friday, Nov. 16, 2012. He is now in the process of getting his fields tilled for the upcoming planting season.

Though the King Cotton era is long gone, the brightest days of Louisiana agriculture may be yet to come.

Speaking to the Central Louisiana Chamber of Commerce in Alexandria earlier this month, Louisiana Agriculture and Forestry Commissioner Mike Strain said growing demand from worldwide consumers could mean a farming boom in America is around the corner.

Strain said Louisiana can play an important role in meeting this growing demand because the state is already the “largest export hub for agricultural products in the United States.”

“We’re talking about the golden age of agriculture. We have unprecedented opportunities in agriculture for the rest of our lifetimes,” Strain said.

Annrose Guarino, state specialist for urban health with the LSU AgCenter, said current projections suggest the world population will increase 32 percent by 2050, creating a huge demand for food. She said places like Louisiana with strong agriculture industries will be able to step up to the plate to help fulfill needs from abroad.

“I’d like to ideally think every country could produce the food they need to feed their population, but I think that has not historically been the way they conduct because they just don’t have the land that will support agriculture,” Guarino said.

Agricultural economics and agribusiness professor Michael Salassi said the value of agricultural products has increased because of rising incomes and standards of living in China and India.

“Five or six years ago, the average price of corn to a grower was $2 a bushel. Right now, it’s $7 because the demand for corn is greater,” Salassi said.

Ted Glaser, who farms corn, wheat, soybeans and cotton near New Roads, La., said demand from China has been key even to his operation thousands of miles away.

Glaser estimates 90 percent of his crops are exported because Louisiana is so close to the Gulf of Mexico. He said a deal made earlier this year that contracted Louis Dreyfus Commodities to operate the grain elevator at the Port of Greater Baton Rouge will be a major asset, as it will serve as a true “export house.”

Strain pointed out that agriculture is the largest industry in Louisiana, employing one in nine residents. He said the rising international demand for agricultural products will impact not only rural and suburban farming areas of the state but also urban areas where ports are located.

Salassi said in 2011, agriculture and forestry generated $10.6 billion for the state. Those dollars are spent more than once though, he said, generating between $30 and $40 billion of economic activity, with Louisiana seeing economic benefits because of its transportation facilities.

“All of the grain that’s produced up in the Midwest for export comes down the river through Louisiana through Baton Rouge and is exported out of Baton Rouge and New Orleans,” Salassi said.

Another advantage Louisiana has in helping meet global food demands is its research credentials. Glaser and Guarino both point to research performed by the LSU AgCenter as beneficial for agricultural production in the state.

“LSU’s AgCenter royalty income — from that licensed technology — per dollar invested in agricultural research, it exceeds Tulane, Harvard, MIT, Georgia Tech and John[s] Hopkins University,” Guarino said. “So that means Louisiana is really a fertile, rich think tank for the agricultural future through its licensed technology and intellectual property.”

Guarino said now is the time to “recharge” and involve youth in agriculture through programs like 4-H and Future Farmers of America because such a huge demand is approaching. American farmers are also aging, so young people need to see the opportunities available and meet the needs in agriculture, she said.

“The future need for agriculture and feeding the 9 billion world population by 2050 is a daunting task,” Guarino said.

Glaser said a majority of people have no idea where many of the foods they consume come from.

He said getting people to understand how agriculture works is important, especially now. Glaser said farmers are not as wasteful as they may seem, but he still thinks fears of pollution have given agriculture a “black eye” in recent years.

“That’s dead wrong. If they would realize how much, with the technology and research we have — if I want 200 bushels of corn out here, I know exactly how many pounds of nitrate I need to put out,” he said. “That all comes from the research.”

All in all, Glaser said he thinks the future of agriculture in Louisiana is bright.

“They’re going to feed them, and they’re going to get it somewhere ... and we grow the best products in the world,” Glaser said. “Louisiana is sitting on a gold mine.”

Scattered thunderstorms in the morning, then mainly cloudy during the afternoon with thunderstorms likely. High around 90F. Winds SSE at 5 to 10 mph. Chance of rain 70%.

A few clouds. A stray shower or thunderstorm is possible. Low 74F. Winds light and variable.

Scattered thunderstorms in the evening, with mostly cloudy skies overnight. Low 73F. Winds SE at 5 to 10 mph. Chance of rain 40%.