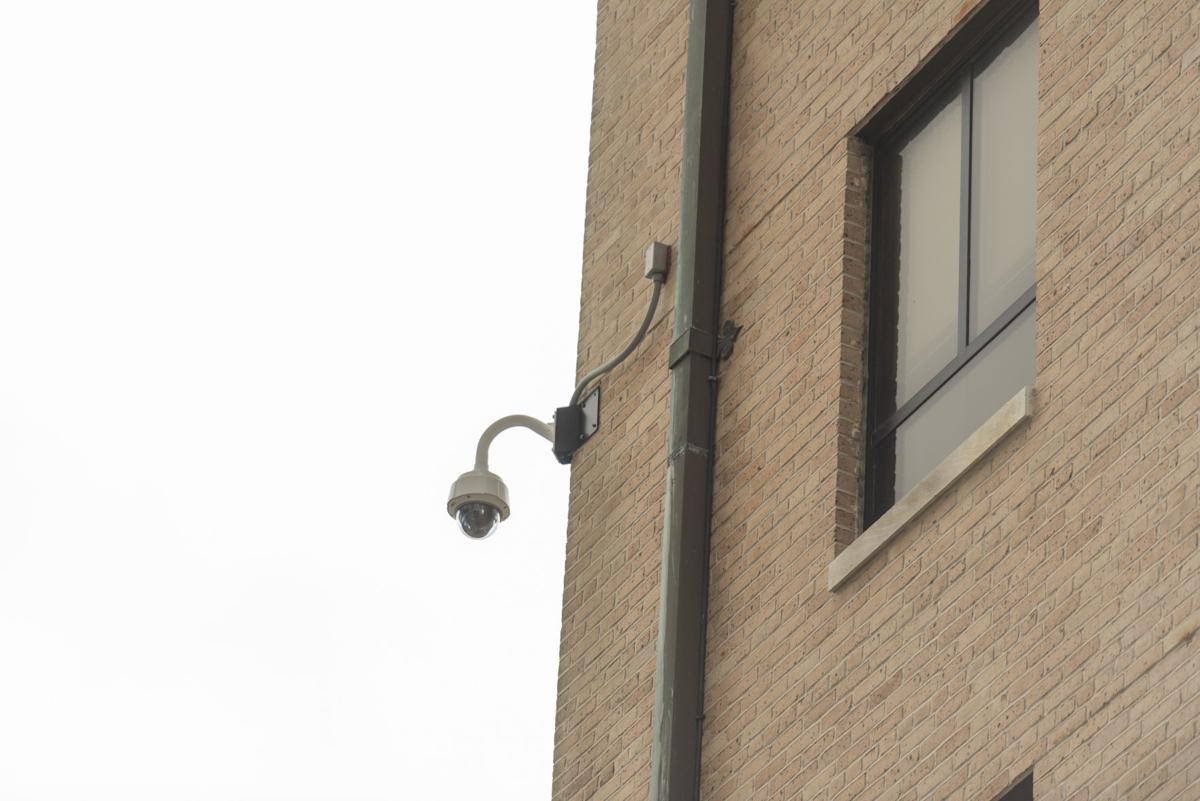 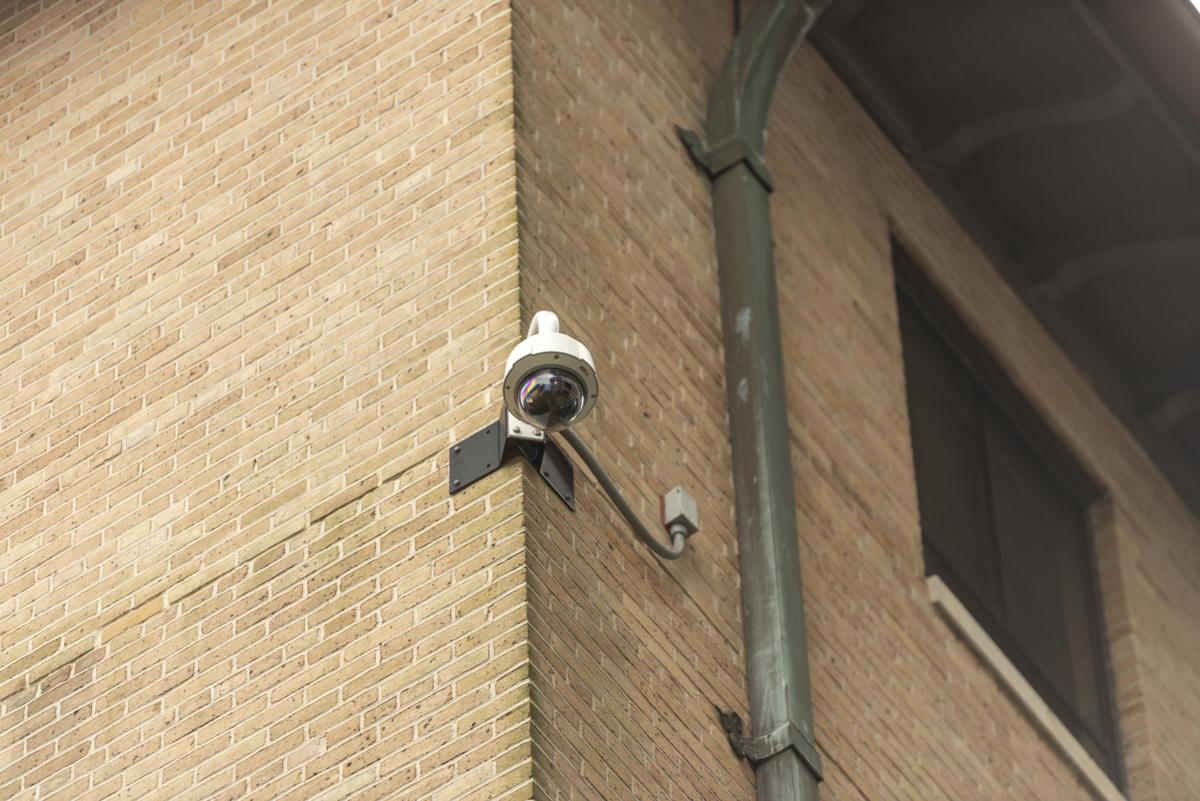 A University student who was stalked last semester was told by an LSUPD detective that several security cameras around campus are malfunctioning. The police chief and other University officials denied these claims. The truth is lost in the back-and-forth.

English junior Sidney Slater met her stalker in the fall of 2019 through the LSU Student Abroad Scholarship program. His advances gradually became more and more aggressive, once sending dozens of long, threatening text messages in the span of minutes. Slater obtained a restraining order against him, and for a while her nightmare was over.

Eventually, the stalking resumed, with calls coming in every 12 hours for days in a row. Slater’s roommate even saw the stalker outside their residence at East Campus Apartments.

LSU student speaks out about stalking experience, lack of safety on campus

Though Slater filed a police report, ECA’s faulty security cameras showed no evidence the alleged stalker was there.

Slater said she later met with LSUPD Detective Sarah Drake, who told her the camera’s image quality was so low, especially during nighttime, that its footage was rendered useless.

However, University officials say the cameras are working and rumors surrounding their maintenance are false.

“I’m curious as to where the rumor that cameras are broken is coming from as that is not accurate,” Ballard said in a Jan. 8 text.

“An incident doesn’t go by that we don’t capture something on the camera,” Thompson said. “Sometimes, cameras capture things that victims say happened that didn’t happen.”

Thompson said there are 14,000 cameras across campus, located at bus stops, the Paul M. Hebert Law Center, the Quad and each specific college.

Each college pays for its own cameras through a maintenance fee, but LSUPD recommends where cameras should go in each college and building, Thompson said.

“We pay for the Quad, we pay for maintenance to the Quad, maintenance of the bus stops,” Thompson said. “We pay obviously for our cameras here in public safety, but each college is responsible for their cameras.”

Thompson said storage space is always an issue with camera usage. Five computer servers across campus store the cameras’ footage. Cameras save their videos into storage for different periods of time, depending on where the cameras are located and what they are capturing.

LSUPD is working to replace older security cameras that need maintenance or new technology. Thompson said LSUPD is moving toward camera technology that allows for one camera to capture four viewpoints at once.

“There’s not funding available to replace every camera,” Thompson said. “But as cameras slowly lose their technology, we’ll replace them.”

Thompson said the camera in question outside ECA may not have been  broken, as Drake had told Slater.

On Jan. 7, The Reveille scheduled a joint interview with Facility Services Director of Energy Services Bryan Andries and Executive Director of Facility and Property Oversight Tammy Millican for Jan. 10. However, Andries canceled the meeting on Jan. 8.

“I need to cancel this meeting,” Andries wrote in an email. “I’ve learned that the security cameras involve other departments as well as Facility Services. All groups are working to pull information together. Once that is complete, Tammy Millican will reschedule the meeting.”

No meeting was rescheduled between The Reveille and Millican or Andries.

The Reveille filed a public records request on Jan. 4 seeking to obtain locations and statuses of all security cameras on campus, but it has yet to be fulfilled by LSU Legal Affairs and General Counsel.

Drake also reportedly told Slater that Student Government allocates very little funding toward the cameras’ maintenance. The cameras act as a deterrent rather than a surveillance device, according to Drake.

“The vast majority of these cameras are out of the domain of Student Government, so I’m not sure where that got turned around,” Jewell said.

SG did approve an initiative to pay for new cameras in the Quad, but the organization does not pay for the installation of any other cameras on campus, nor does it pay for recurring expenses like camera maintenance, according to Jewell.

SG would be interested in helping to solve the University’s security camera issue, Jewell said, if more input is given from the student body to ensure that Slater’s experience is not an isolated incident.

Other Student Government officials confirmed Jewell was in communication with Millican, Ballard and LSUPD regarding the security camera issue.

“I and my department are currently in contact with LSUPD and Facility Services regarding security camera maintenance,” SG Director of Campus Affairs and Sustainability Taylor Goss said in an email.

The University should take responsibility for its students’ safety as the state’s flagship institution, Slater said.

“We are paying this institution to educate us,” Slater said. “If you’re living on campus, then there should be some obligation on LSU’s part to keep the students safe.”

Though Drake showed she cared about the case, Slater said, other meetings with University officials -particularly Residential Life- went poorly.

“Detective Drake was incredibly sincere,” Slater said. “My meeting with the president of Res Life, I don’t feel was as productive. I don’t feel like I was heard; I felt like I was trying to be placated.”

The Reveille attempted to contact Drake for a Jan. 22 story about a Baton Rouge man arrested in 2018 on suspicion of posting an Instagram bomb threat who is now suing LSU after being cleared of all charges. However, Ballard said Drake wouldn’t be able to comment due to pending litigation against her. In light of this, The Reveille did not contact Drake for this story.

Evan James is currently suing the University and Drake for libel, false imprisonment and other charges. The petition for damages in the lawsuit stated that LSUPD, and Detective Drake specifically, did not investigate the validity of the bomb threats posted from James’ phone before arresting him.

Though the University’s security cameras have generally proved useful in keeping the campus safe, Thompson said, the department is looking to improve its technology and see what else is available.

LSUPD is aiming to make the use of security cameras more proactive instead of reactive, Thompson said. LSUPD looks at the cameras when a crime occurs. To be more proactive, Thompson said, LSUPD will have officers assigned to monitor the cameras, who will then communicate information to officers assigned to particular incidents.

“Proactive in a security camera is, when something happens-- it could be a major wreck, it could be a crime, it could be anything-- that officer can pull up that camera and actually communicate with the officer that’s heading to the incident in real time,” Thompson said.

Thompson said this initiative should be running by the end of the semester.

“We have a big project of trying to move the cameras to the next level, just got to give it a chance to get there,” Thompson said.

Editorial Board: LSU's lack of security camera transparency is dangerous, must be addressed

The results of the University’s 2018-2019 Campus Climate Survey are telling. Sixty percent of students reported occasionally being fearful on …