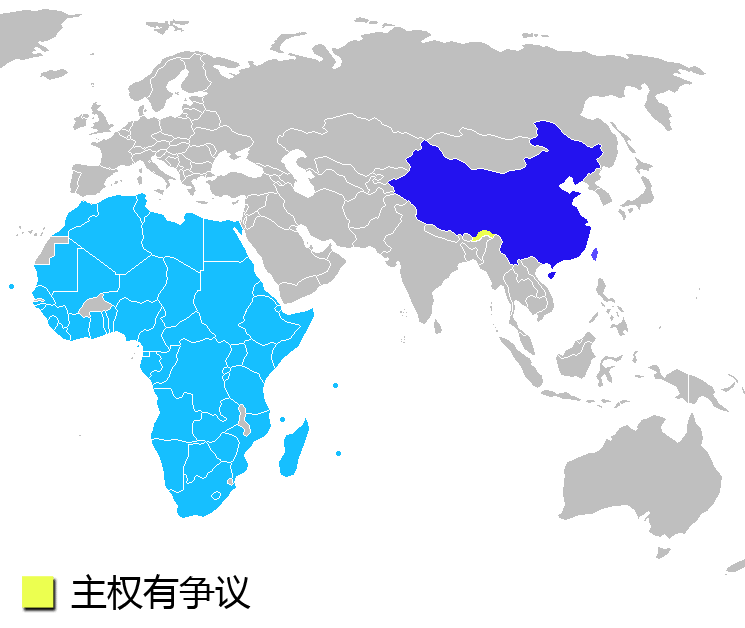 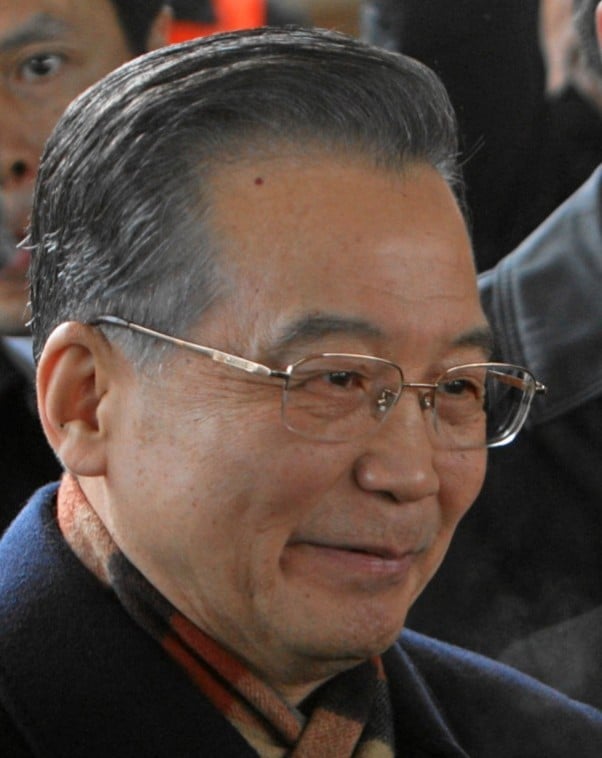 SWITZERLAND, 28JAN09 - Wen Jiabao, Premier of the People's Republic of China shakes hands with Klaus Schwab, Founder and Executive Chairman, World Economic Forum at the train station in Davos. Captured during the Annual Meeting 2009 of the World Economic Forum in Davos, Switzerland, January 28, 2009.

SWITZERLAND, 28JAN09 - Wen Jiabao, Premier of the People's Republic of China shakes hands with Klaus Schwab, Founder and Executive Chairman, World Economic Forum at the train station in Davos. Captured during the Annual Meeting 2009 of the World Economic Forum in Davos, Switzerland, January 28, 2009.

China has offered Africa concessional loans worth US$10 (€6.5) billion as part of a host of new measures aimed at improving the economy of African nations. The announcement was made at the opening of the Forum on China-Africa Cooperation (FOCAC) in Sharm el-Sheikh, Egypt. Leaders of nearly 50 African countries are attending the two-day conference.

China had already stated today at the 3rd Conference of Chinese and African Entrepreneurs, held immediatly before the FOCAC, that Chinese firms would be encouraged to invest in Africa, while both sides would work together to improve the tourism, telecommunications and finance industries. China also said that governments should work with businesses to ensure co-operation between China and Africa.

As well as the loans, made over three years, China will write off the debt of Africa's poorest countries, build 100 African green energy facilities and systematically lower import duties on 95% of all African products exported to China. Another promise is a loan of one billion dollars aimed at small and medium sized businesses in Africa. There will also be efforts to promote each other's culture and increased medical assistance to Africa. Medical assistance comes in the form of 500 million yuan (US$73.2 million) of goods for the 60 hospitals and malaria centers China has already built, as well as 3,000 doctors and nurses. Roads will also be improved.

"The Chinese people cherish sincere friendship toward the African people, and China's support to Africa's development is concrete and real," said co-chair Chinese Premier Wen Jiabao as the FOCAC opened up, adding "Whatever change that may take place in the world, our friendship with African people will not change." He described this friendship as 'unbreakable'. Two years ago China pledged US$5 (€3.37) billion at the last FOCAC in Beijing and now, according to Jiabao, "China is ready to deepen practical cooperation in Africa."

China has fulfilled its 2006 pledge, investing a total of US$7.8 (€5.26) billion in Africa last year alone. 49 African countries are represented at the FOCAC, which was created in 2000, although Jiabao noted that relations between China and Africa go back fifty years. China had already forgiven or reduced the debt for thirty nations at that FOCAC summit.

According to Chinese state-owned paper China Daily, trade between China and Africa increased by 45% last year, to give a total value of US$107 (€72.1) billion, a tenfold increase since 2001 and up from US$491 (€331) million in 2003. The Chinese have a 9.8% market share, the largest of any nation, according to the U.S. Commerce Department. China has paid for schools, hospitals, malaria clinics and Chinese cholarships for African students. 50 more schools are to be built and 1,500 people trained to staff them.

Since 2006 Chinese energy firms have committed to spend at least US$16 (€10.8) billion securing African oil and gas. China's Sinopec Group, an oil giant, bought up Addax Petroleum Corporation from its Swiss owners that year, gaining control of oilfields in Nigeria, Cameroon and Gabon. China promised earlier this year to spend US$9 (€6) billion on infrastructure in the Congo in exchange for mineral deposits for mining operations.

Jean Ping, leader of the African Union, said the told those at the conference that the money is coming at an opportune time, because African growth was "totally compromised" by the global financial crisis. Ping said one of the lessons learned is that the world is paying for "the irresponsible and lax behavior" of large financial companies whose philosophy was to make short-term profits.

Not all Africans are happy with China's increasing involvement in their continent. Trade practices are a concern for some, with a view that China exploits Africa for raw materials before selling back finished goods. Among these are Egyptian Trade and Industry Minister Rachid Mohamed Rachid. Egypt is the richest nation in the Middle East and is discussing this perceived issue with China. Rachid told Bloomberg "What is a worry for me is if competition is unfair. That is where we are unhappy." Jiabao described the trade as being based on "win-win programmes... and transparency."

Others in Africa are delighted with the situation. "We want more investment from China," Tanzanian President Jakaya Mrisho Kikwete told the forum. Egypt's own President Hosni Mubarak talked of "peace, security and growth," and of "boosting cooperation between China and Africa."

Jiabao also used his speech to respond to criticisms that China worked with nations regardless of their human rights record, such as Sudan, whose President Omar al-Beahir is wanted on a warrant issued by the International Criminal Court for war crimes. "Africa is fully capable of solving its own problems, in an African way," he said, adding that "China has never attached any political strings […] to assistance to Africa."

Beshir thanked China in a speech for diplomatic work in Sudan, including working to defuse the Darfur conflict, which the United Nations says has left 300,000 dead. "We express our deep appreciation for China's efforts in backing the comprehensive peace agreement in Sudan and its peace efforts in Darfur," he said, refering to a peace deal between the northern and southern parts of his country. "We thank China particularly for backing efforts by our countries to achieve peace and stability in Africa's zones of conflict." Jiabao said China was willing to work towards "the settlement of issues of peace and security," in Africa.

"We thank China particularly for backing efforts by our countries to achieve peace and stability in Africa's zones of conflict." - Sudanese President Omar al-Beshir

A further criticism has been that China has brought in Chinese workers and used their own knowledge, instead of training locals. Jiabao's speech indicated an intention to co-operate better in the fields of science and technology, as well as improve training for African students on technical courses.

"Why do some only criticise China?" asked Jiabao. "Is this a view representing African countries, or rather the view of Western countries?"

Thunderstorms - some may contain locally heavy rain, especially during the morning hours. Gusty winds and small hail are possible. High 83F. Winds SE at 10 to 15 mph. Chance of rain 100%.

Thunderstorms likely in the morning. Then a chance of scattered thunderstorms in the afternoon. High 76F. Winds N at 5 to 10 mph. Chance of rain 70%.