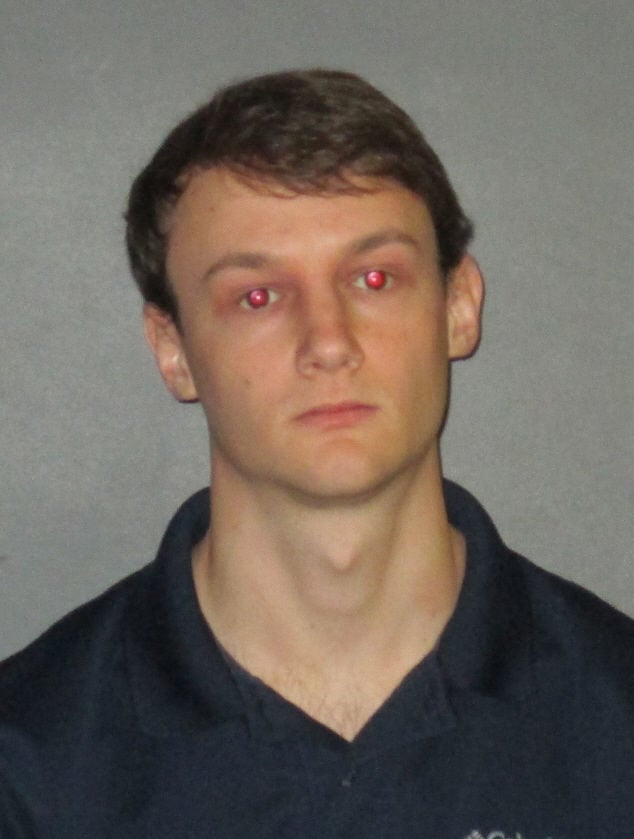 Louisiana District Judge Beau Higginbotham suspended all but two and a half years of Naquin’s sentence. Naquin must also complete 1,000 hours of community service, serve three years of probation upon release and pay a $1,000 fine.

A jury found Naquin guilty of negligent homicide in July.

In opening statements Wednesday morning, the Gruver family asked that Naquin be sentenced to five years in prison.

“Let us not forget Matthew Naquin has everything to do with Max’s death,” Rae Ann Gruver, Max’s mother, said.

Letter to the editor: Sad day for LSU, Naquin, Gruver; Time to look at hazing from every angle

Former University students and Phi Delta Theta members Ryan Isto, Sean-Paul Gott and Patrick Forde were arrested in October 2017 along with Naquin for hazing charges and for the death of Gruver during a hazing ritual known as “Bible Study.”

Gruver, 18, along with other pledges, was forced to take “pulls” of 190-proof liquor if he gave incorrect answers about the fraternity or could not recite the Greek alphabet.

Gruver died Sept. 14, 2017, the morning after “Bible Study” from acute alcohol intoxication with aspiration. His alcohol level was .495, more than six times the legal driving limit. An autopsy also detected THC, a chemical found in marijuana, in his system.

Max’s father, Stephen Gruver, described the hazing Max endured in detail. He said his son was “defenseless” and clearly had too much alcohol the night of his death, “but it wasn’t enough for Matthew.”

“The tragedy haunts us everyday and will until we die,” Stephen Gruver said.

Stephen Gruver said if Naquin was not at the hazing ritual called “Bible Study” that night, Max would still be alive. He said that Naquin singled out his son.

Prosecutor Morgan Johnson detailed Naquin’s actions and asked for his imprisonment. She said Naquin has never taken responsibility for his role in Gruver’s death.

The courtroom was silent when Naquin took the stand to make a statement. Naquin began by describing a dream he had recently about a cave and a river.

He said that this process has been “quite a journey.” Naquin then told the story of how he first met Gruver.

“While it is true that Max’s bid had made me uncomfortable, he eventually grew on me,” Naquin said.

Naquin said hazing is a more complex, psychological issue than most people see. He compared it to bullying on the playground and asked Higginbotham to look past the surface level of this issue.

“What happened on that terrible night was not the normal Matthew Naquin,” said defense attorney John McLindon said.

Higginbotham said he believes this case of hazing had everything to do with power.

“Do I believe hazing will ever end?” Higginbotham asked. “No, I do not. So we have to look at how to prevent it.”

Higginbotham said this is a “no-win situation” for both parties. He pointed out that only a few people heard all of the evidence from the case.

Higginbotham said prior to today’s statements, he had an idea of the sentence he was going to assign to Naquin. After hearing Naquin’s statment, however, that changed.

“Today was your opportunity to express what you learned and you didn’t do that,” Higginbotham said to Naquin.

During each year of his parole, Naquin will also have to speak at three separate high schools to warn about the effects of hazing.

After the sentencing, Rae Ann Gruver said it is clear that Naquin takes no accountability in the death of Max Gruver, and thus should not speak about hazing.

“We have a life sentence, a life without our son,” Stephen Gruver said.

As a result of Gruver’s death, Phi Delta Theta was banned from LSU until at least 2033.

The Max Gruver Act was signed into law by Gov. John Bel Edwards in 2018 and applies to fraternities, sororities, athletic groups and student organizations. The act addresses criminal hazing, making it a punishable offense with a fine up to $10,000 and up to five years in prison.

A grand jury charged Naquin with negligent homicide and hazing in March, and Forde, Isto and Gott on charges of hazing. Isto and Gott were given a sentence of 30 days in July with a fine up to $100 under the law in place during the 2017 Gruver hazing. Isto, Forde and Gott testified as prosecution witnesses during Naquin’s trial.