Mari Dehrab was standing near a crosswalk on her way to class when everything went black. A car had careened onto the sidewalk and smashed into her and three other pedestrians before slamming into a light pole. Screams filled the air as she landed several feet away.

Dehrab, 23, suffered a brain tear, causing memory loss so severe that at one point, she could not remember some of her family members. One of her ankles was broken and the other sprained, confining her to wheelchair for six weeks. She had to drop out of the University this semester, making it impossible for her to graduate in the spring.

“I went through such a big depression, and I still have depression,” Dehrab said. “My life has been put on pause because of this accident. I feel like I’m not as whole as I used to be.”

Dehrab is one of 41 pedestrians who have been hit by vehicles on the University’s campus over the last five years. Police reports show that at least four of them suffered incapacitating injuries, including one woman who was in a medically-induced coma for two weeks after a spinal injury.

Dehrab was hurt on Aug. 24, five days into the semester, when one vehicle struck and pushed another one onto the sidewalk at the intersection of Nicholson and Skip Bertman drives. Two students waiting with her at the crosswalk suffered concussions. One of them also had a broken pelvis and sacrum and some brain bleeding.

Accident reports from LSUPD described the injuries to 10 other pedestrians as “moderate” without giving details. Fifteen of the pedestrians who were hit complained of possible injuries, while the rest were not injured.

An analysis of the reports shows that two intersections on Highland Road — at South Campus and Dalrymple drives — have had the most collisions involving pedestrians over the last five years, with four at each of those corners.

The 41 pedestrians were hit in a total of 38 accidents, and at least two-thirds of them were University students. The police ticketed most of the drivers in the accidents with moderate and serious injuries. Five accidents were hit-and-runs in which the drivers were not caught.

LSU Police Lt. Reggie Berry said the department has worked with Residential Life and Campus Life to create greater awareness of the need for both drivers and pedestrians to be more careful.

Berry also questioned whether having 41 pedestrians struck over five years was a large number for a campus with more than 30,000 students. He noted that the risks rise when major roads, like Highland and Nicholson, cut through a campus.

Still, while 17 of the accidents occurred along Highland or Nicholson, the other 21 happened on other streets or parking lots inside the campus. And some students said they had not seen or heard of anything the police were doing to promote greater caution.

Drivers who hit pedestrians have been ticketed for failure to yield, careless or reckless operation of vehicles, disregarding traffic controls, driving under the influence of alcohol and improper turning or backing up.

One of the more serious accidents occurred on the first day of the 2018-19 school year when a 20-year-old sophomore was hit by a car on Ag Center Drive between the LSU Ag Center and John M. Parker Agricultural Coliseum.

A police report said that the victim, a woman who had made the Dean’s List as a freshman, was struck in the back at 8 a.m. and flew seven feet through the air. The driver, who was only going 15 miles per hour, said her vision had been blocked by a turning car, and she was not ticketed.

University student Georgia Hansen came across the victim lying on the side of the road, and her first instinct was to get on the ground and pray with the woman.

“There was blood all over her face,” Hansen said in an interview. “There was a huge hemorrhage on her back.”

Donna Settoon was hit in the back by a car when she visited campus to participate in a breast cancer walk in 2016. The accident occurred on West Lakeshore Drive near the fraternity and sorority houses, and she nearly bled to death.

“I saw this car going around the barricade and headed straight for me, and there was nothing I could do to get out of the way,” Settoon, 57, an insurance agent, said in an interview.

“I remember flying up in the air. I remember landing on the hood of his car and being dragged underneath the car.”

Trapped there and unable to move, the last thing she remembers was the shrieking sound of an ambulance and witnesses trying to lift the car off of her. Her two grandsons, aged five and seven, stood nearby, inches away from being victims themselves.

The accident “tore my hip up,” Settoon said. “My spine came unattached from my pelvis. I about bled to death.”

The police report said that the driver, a 54-year-old man, had just been released from a hospital and became disoriented on pain medication. He was cited for recklessly operating his car.

Doctors placed Settoon in an induced coma, and she underwent two surgeries to reattach her spine to her pelvis. She spent three months in the hospital and is still unable to sit at her desk longer than an hour without pain.

The accidents also can have financial consequences for those who are hit.

Kurtis Johnson, a mechanical engineering student, was struck by a car after leaving work at the Digital Media Center on campus around 1 a.m. in October 2017. Johnson, 23, said he was halfway across South Stadium Drive near one of the LSU lakes, “and I didn’t even see him coming.”

Johnson was in a lot of pain but would not let anyone call an ambulance because he did not have health insurance. It was not until the next day that he decided to seek medical attention.

Johnson had a broken cheekbone and doctors had to install three steel plates to “keep everything together.”

“They told me there was a chance if I waited any longer I could’ve lost vision in my right eye,” he said.

Friends at KLSU, where Johnson was a disc jockey, raised almost $4,000 through a GoFundMe account to help him with $40,000 in medical bills. He also had to enroll in Medicaid after the accident, and Medicaid and Our Lady of the Lake Hospital, where he was treated, eventually covered the rest of the debt.

Johnson said his body has not been able to acclimate to the steel plates, and he will need an additional $20,000 of surgery to remove them. He sued the driver and the University last month.

'I didn’t want to use my pregnancy as an excuse': LSU increases lactation spaces on campus to combat ongoing difficulties for student mothers

Biochemistry graduate student Wendy Hansing was taking her qualifying exam for graduate school at LSU when her water broke. She was just shy o… 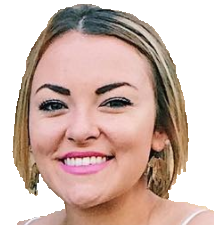