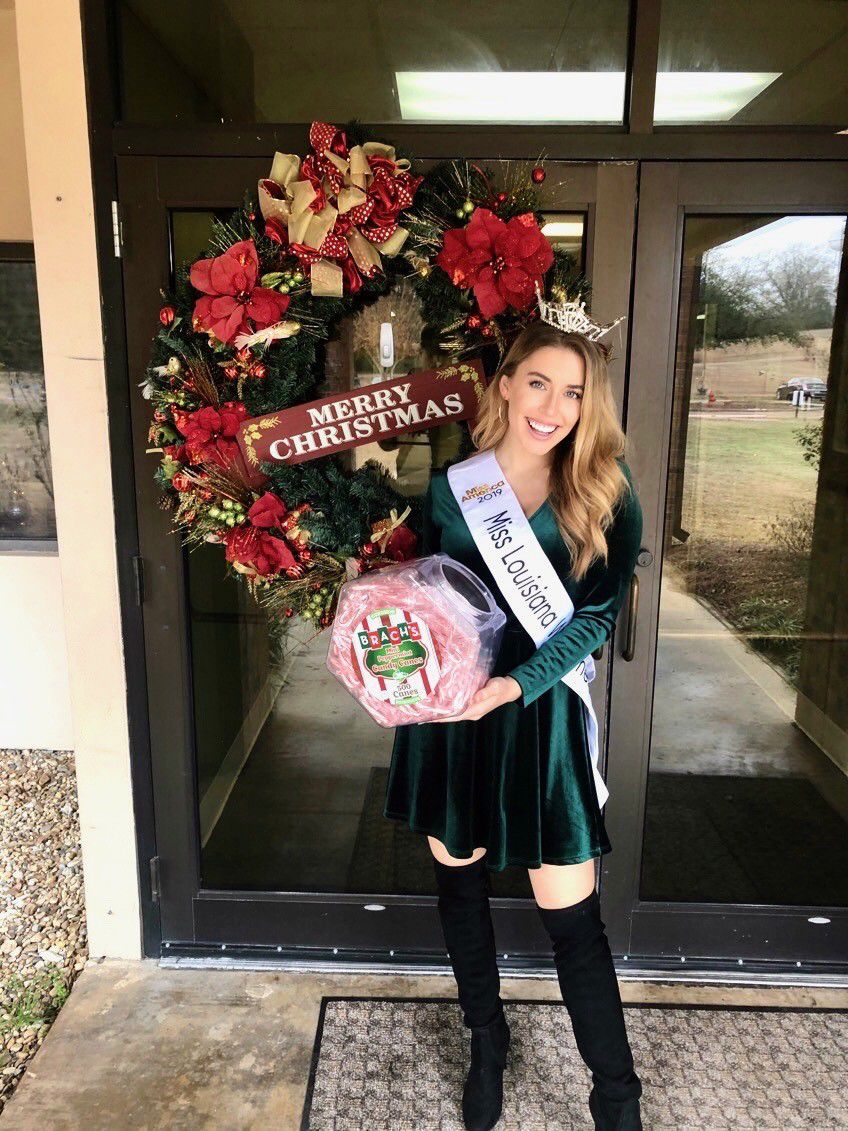 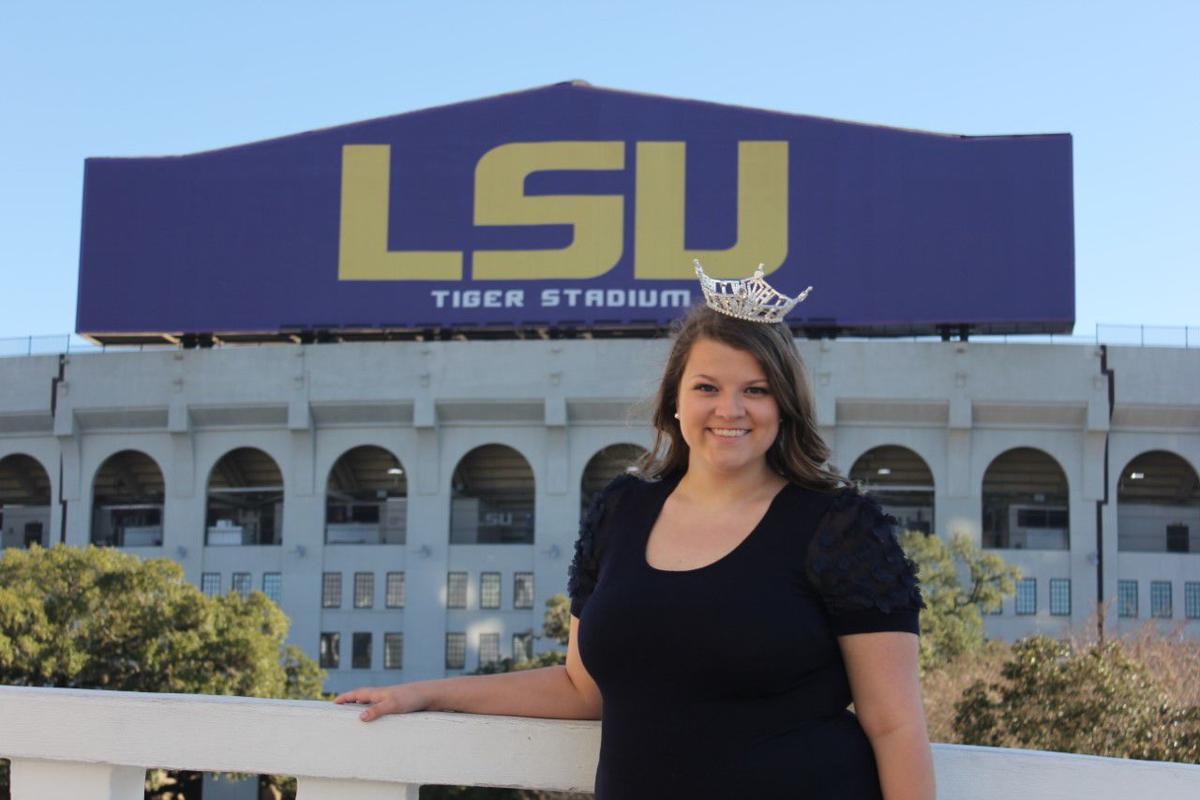 Child and family studies freshman Madi Masters poses in front of Tiger Stadium with her crown from a Miss Louisiana stock show pageant. 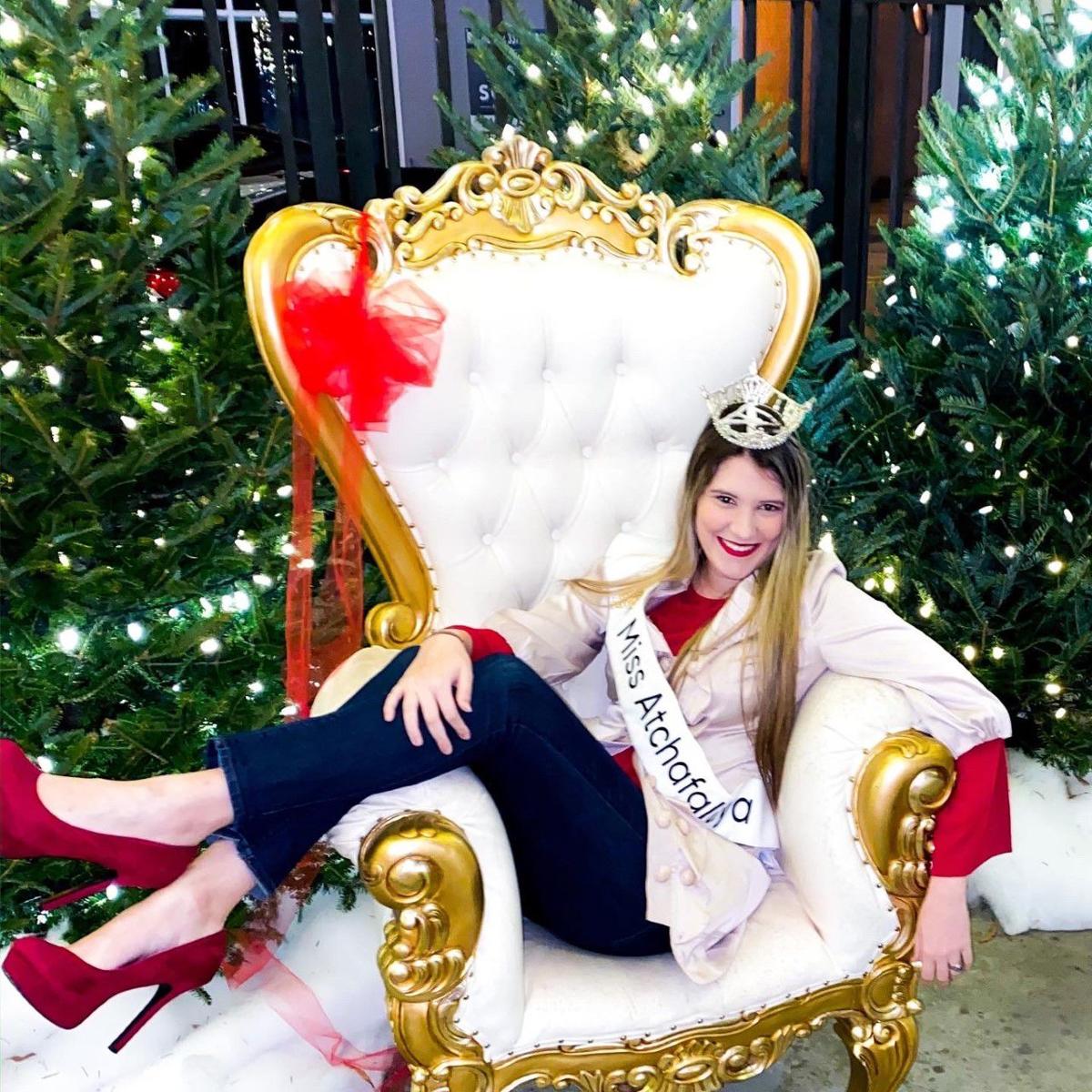 Child and family studies freshman Madi Masters poses in front of Tiger Stadium with her crown from a Miss Louisiana stock show pageant.

Four LSU students will be competing in the 57th annual Miss Louisiana Competition held on June 18-20 at the Monroe Civic Center. Young women from all across the state will compete for the major title, and the pageant expects to see the highest participation in years.

Students from the University have had luck in the Miss Louisiana pageant before, with mass communication alumna Laryssa Bonacquisti taking home the crown in 2017.

Child and family studies freshman Madi Masters said there are many different elements that go into competing in a pageant, including selecting a wardrobe, practicing talents and choosing a social impact initiative.

Masters was a last minute entry into the Miss Louisiana stock show pageant and surprised herself by winning the crown.

“This pageant I decided to do two and a half weeks before the deadline and I had no prior experience,” Masters said. “Everything I had was in my closet. I think I spent a total of $12 on the pageant, and I ended up winning the title.”

Industrial engineering junior Kaitryana Leinbach said she's used her pageant skills to relate to people in job interviews, and has been called back for additional interview rounds before, even if she didn't have all the necessary technical qualifications.

“They would say, 'You were the first person I was able to communicate with. We can teach you the technical stuff,'" Leinbach said.

Contestants also become very involved in their community when they are competing, and even more so if they win the crown. They organize community events, volunteer and raise money for nonprofit organizations.

“When you’re a title holder you are a member of the community,” Leinbach said. “It's less about winning the title that one day that you win, and more about the 364 days that follow.”

One thing that all the contestants from the University said was how when they compete, they become a part of a sisterhood.

“I was so worried; I was sitting in the corner by myself and I didn’t know anyone," Masters said. "Now I have 12 best friends that I can contact anytime from all over the state."

Political science junior McKenzie Connelly said being Miss Louisiana is more than a job. Connelly won the Miss Atchafalaya pageant in July and has been preparing for Miss Louisiana ever since.

3L law student Becca Wheelis has been competing in pageants for over 10 years, but said she has looked up to former Miss Americas since she was a little girl.

“My dad walked into the house when I was in middle school, and he had a newspaper. He threw it at me, and it was open to an advertisement for a pageant, and he said 'You should compete,'” Wheelis said.  “And so, I did.”

The contestants all have a talent that is unique to them. Connelly’s talent is opera singing, Masters’ is singing, Leinbach’s talent was aerial silks but is now an acro-jazz routine and Wheelis’ is dance.

The interview portion of the Miss Louisiana pageant will take place on June 18, followed by the talent competition on June 19 and the on-stage interview and evening gown portions on June 20. Viewers can tune into the finals on that Saturday night to see who will be crowned.