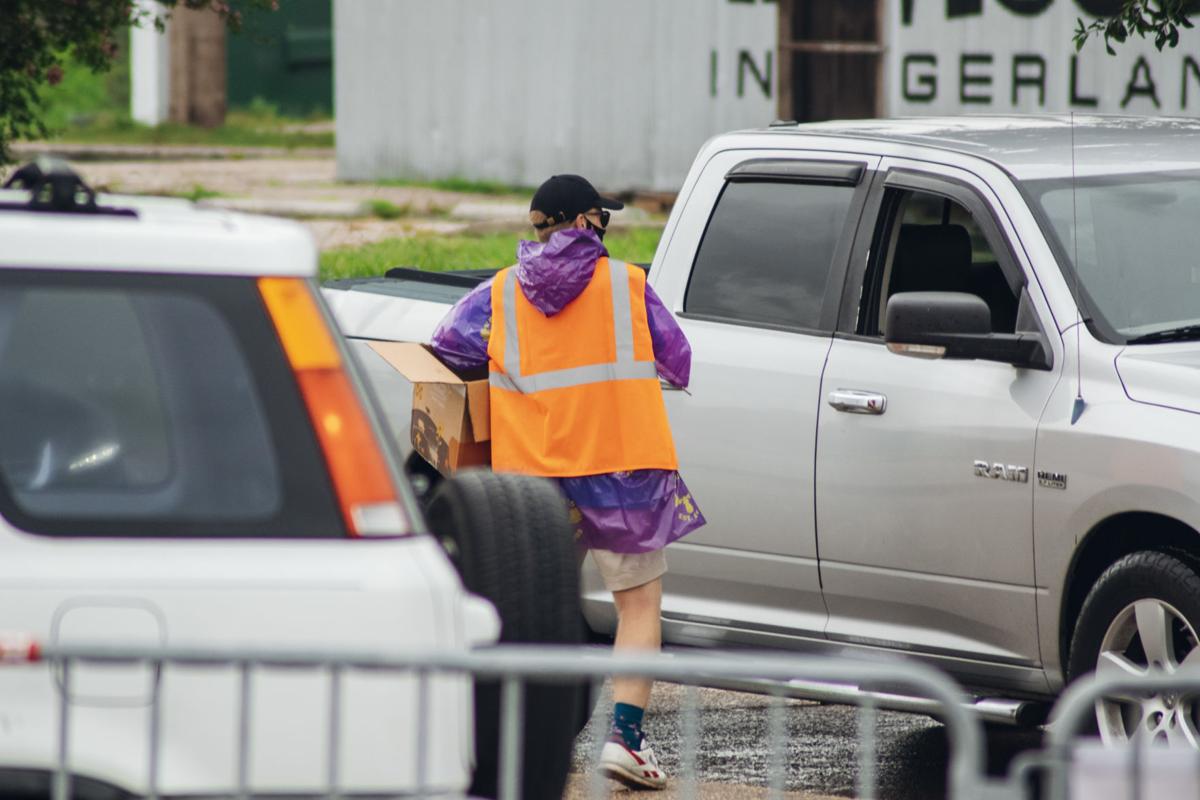 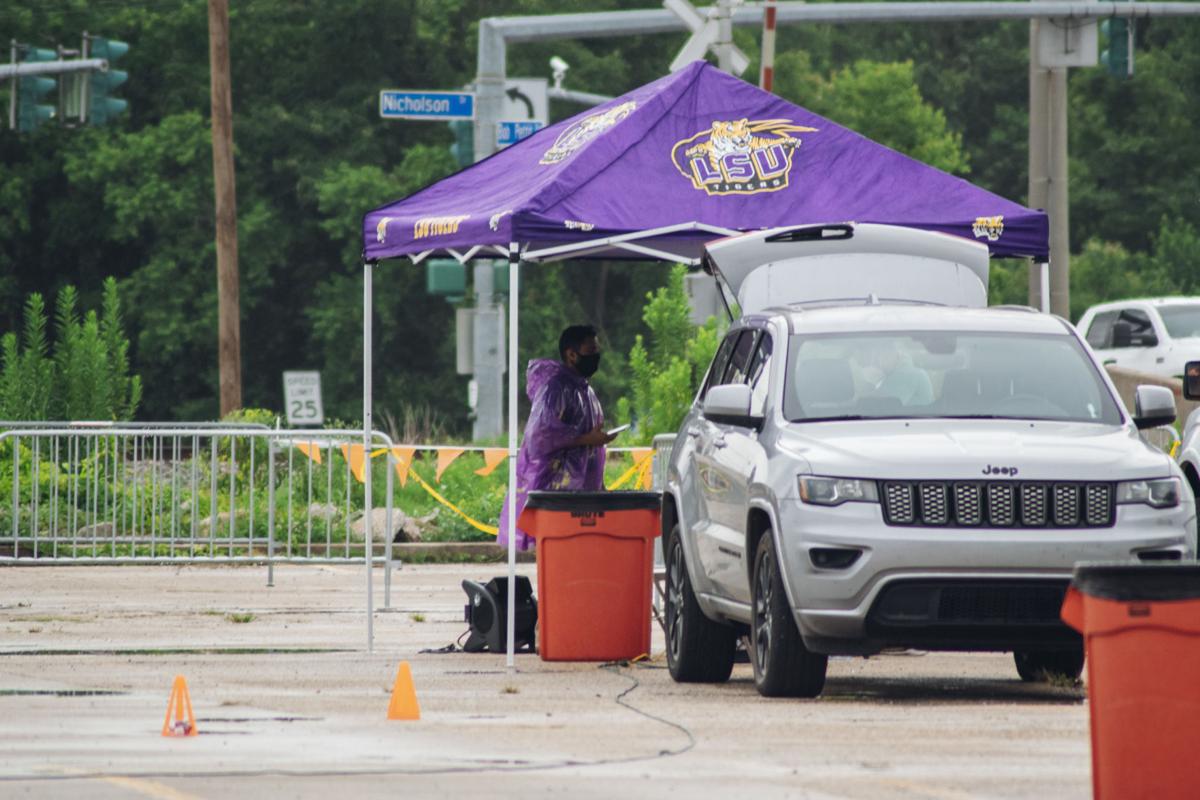 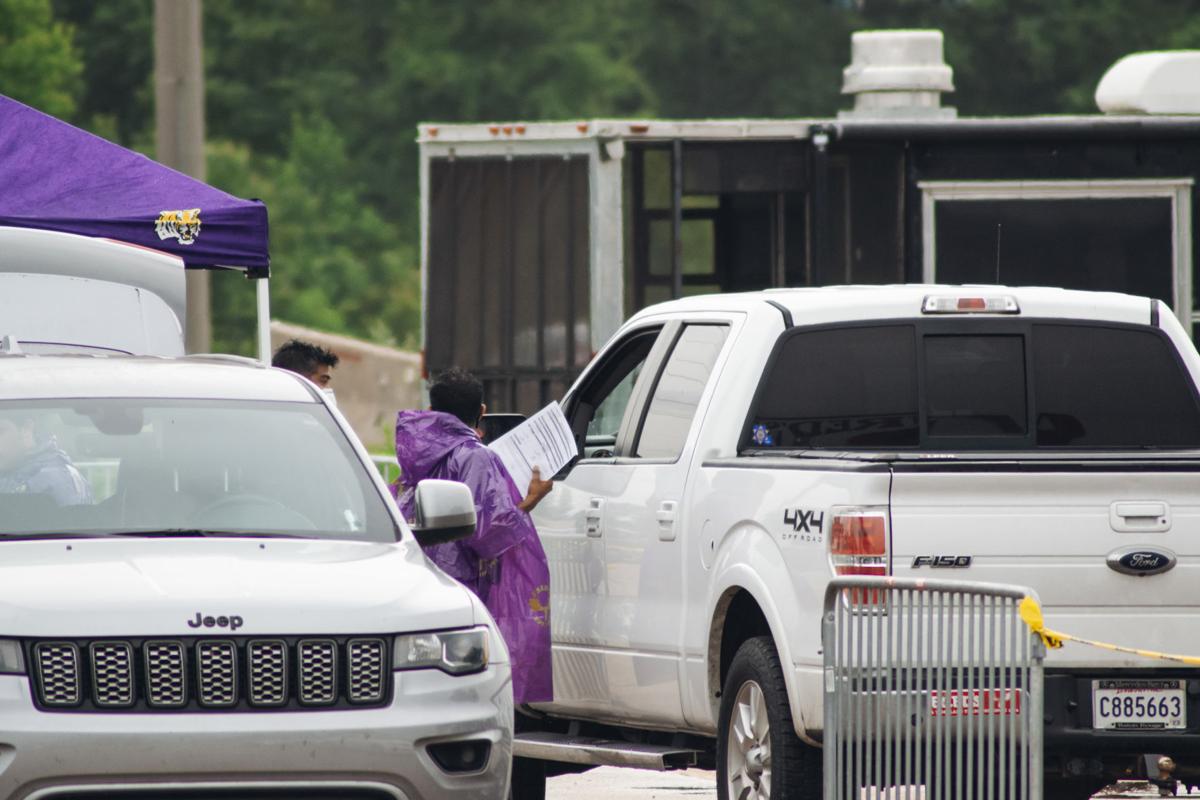 It’s not unusual to see a long line outside of Fred’s in Tigerland, but the crowds weren’t gathered for a football game or free drinks on Thursday. Over 250 people took advantage of free coronavirus testing offered in the Fred’s parking lot from 9 a.m. to 5 p.m.

Fred’s partnered with Neighborhood Health and Relief Telemed to provide testing in response to a recent influx of coronavirus cases among the young adult population. The majority of recent positive tests in Louisiana are concentrated between the ages of 19-39, according to Neighborhood Health CEO Jason May.

May reached out to his longtime friend, Fred’s General Manager Jason Nay, to collaborate on a solution.

“The problem with everything is that these kids don’t have access to testing,” May said. “They could be positive and asymptomatic but it’s not them that we’re worried about. It’s the elderly population and the high risk individuals.”

Nay said the idea was to provide a familiar and convenient location for students who may not otherwise go out of their way to get tested.

The Louisiana Department of Health confirmed the outbreak in connection to several Tigerland bars on Friday. The department received at least 100 reports of patrons and staff testing positive for COVID-19.

"Anyone who visited Tigerland bars over the weekend should consider themselves exposed to COVID-19 and should self-quarantine for 14 days and monitor for symptoms," the statement read.

Fred’s voluntarily closed certain days last weekend in response to the new cases and to avoid potential spread by students visiting family on Father’s Day. An Instagram statement released Thursday announced the closure, which remained in effect Saturday, although they did operate Friday with a limited volunteer staff. Nay said no staff members tested positive.

“We shouldn’t have to wait for the governor to tell us to close down,” Nay said. “If we think we can have a situation, let’s take a break for the week.”

Fred’s will resume business as usual this evening, though Nay doesn’t expect to see many customers for the next few days. Staff will conduct temperature checks at the door and encourage social distancing by asking groups to remain seated at separate picnic tables.

“If we have to close down every time 100 students get sick it’s going to be a long year,” Nay said. “Was it a proportionate reaction to 100 infections? Maybe, I don’t know. We’ll have to look back in three or four months and see.”

May said he didn’t expect widespread infections when the bars reopened since college-aged patrons are typically in good health, but JUULs and vapes are likely a contributing factor. As students arrived for testing, Neighborhood Health representatives took the opportunity to explain the risks of sharing JUUL and vape devices.

“We’re not here to preach to people, but we’re here to let people know that, if you’re concerned about this, these are the behaviors you can cut out,” May said.

Nay agreed it’s all too common to stand outside Fred’s on a weekend night and see friends exchanging e-cigarettes. He also said Fred’s is often a secondary destination after a group has already shared drinks at a restaurant or attended a house party and played beer pong.

The main concern, Nay said, is the older family members and relatives of the college students who are more prone to infection. Routinely traveling between a student apartment and the family home presents considerable risks.

“Each student is a ticking time bomb right now because you don’t know when they’re going to get it,” Nay said.

Patrons were encouraged to fill out an online form prior to their arrival. A valid student ID and government-issued ID were required but students without health insurance could still receive a test. As of 6 a.m., 248 students had registered for testing.

“When we saw the way that things were going, Neighborhood Health decided to pay a provider to come out and see people on the spot,” May said. “Our goal is that anybody who needs a test, we don’t want to turn away from getting a test.”

May said the ultimate goal is to restore to a sense of normalcy as quickly and as safely as possible. If students plan on returning to Tigerland anytime soon, he advises them to regularly wash their hands and avoid high-risk activities such as beer pong, e-cigarettes and sharing drinks.

“It’s tough because we’ve been singled out, and we’re not different from other restaurants in Baton Rouge that probably go through more alcohol than us,” Nay said. “We know the spotlight is always on us, so we just have to do what we can to shed light on what we do.”