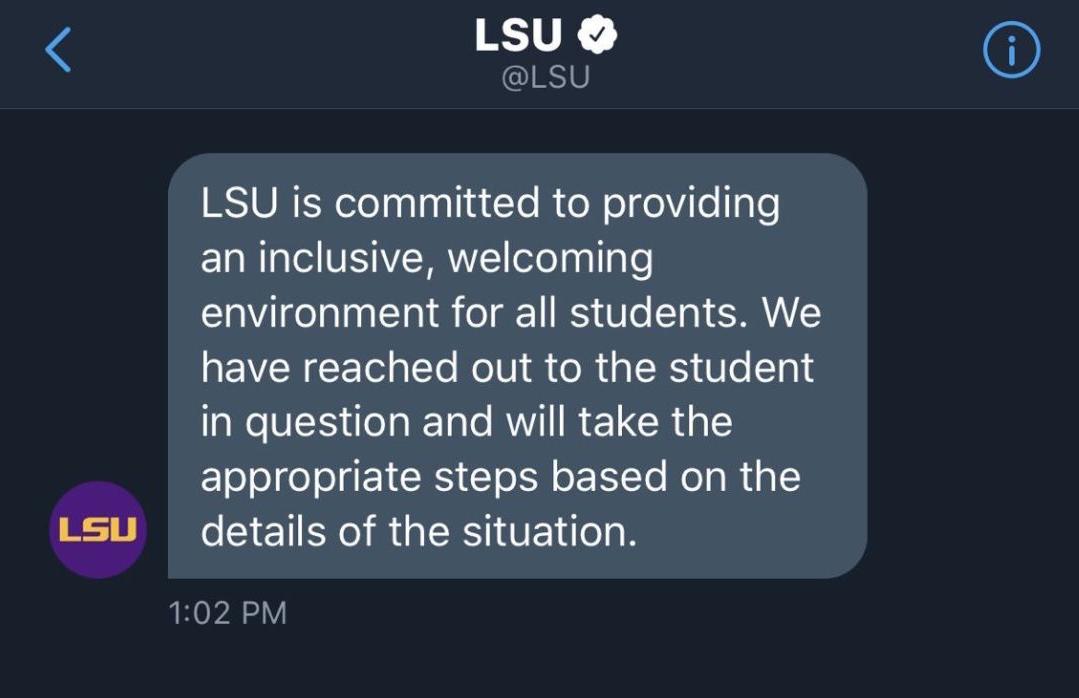 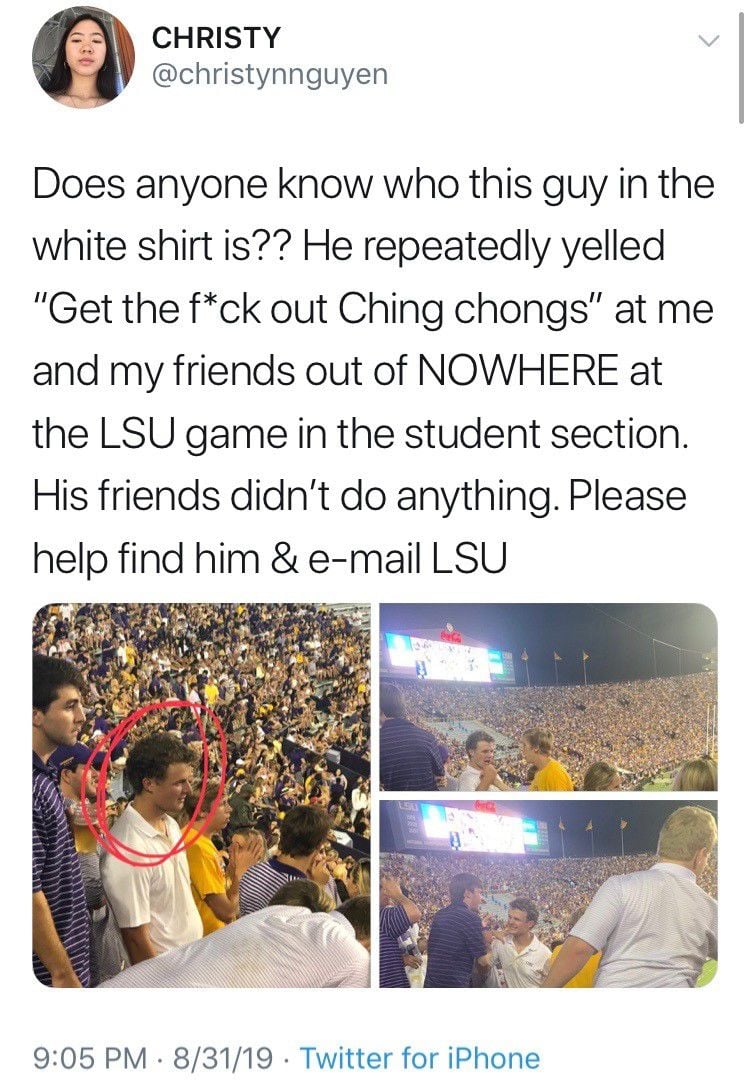 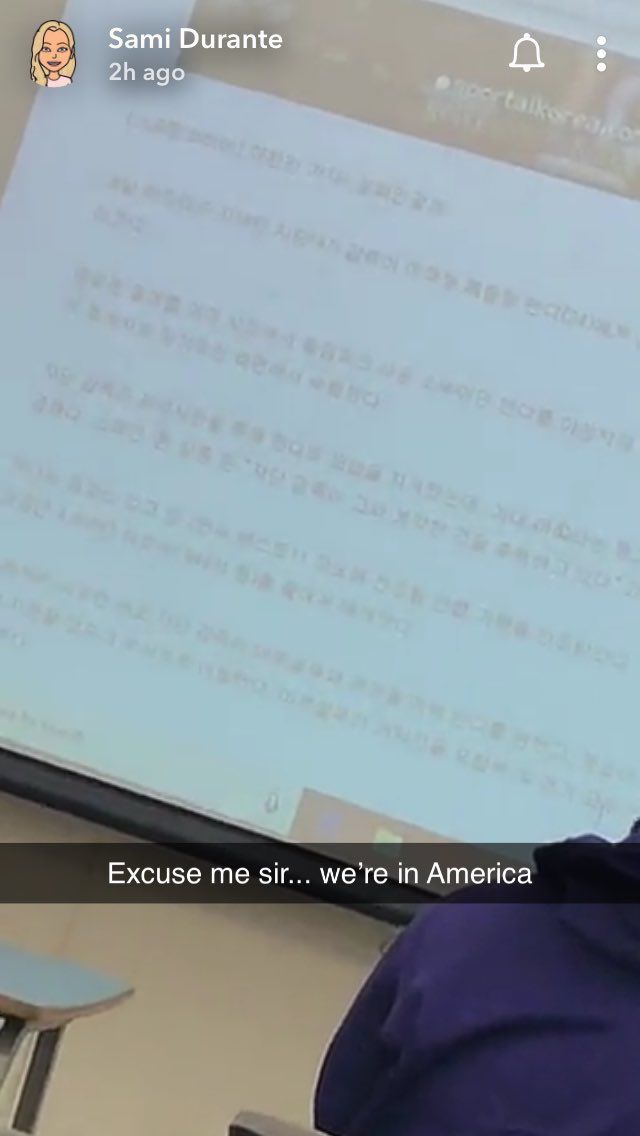 There have been numerous instances over the past 57 years of racially-charged statements by students and faculty. The Reveille digital staff searched our records and the Internet to compile this timeline.

Then-LSU President Troy Middleton wrote a letter on desegregation to University of Texas-Austin Chancellor Harry Ransom. "Our Negro students have made no attempt to attend social functions, participate in athletic contests, go in the swimming pool, etc. If they did, we would, for example, discontinue the operation of the swimming pool."

Middleton went on to write, "At no time has a Negro occupied a room with a white student. We keep them in a given area..."

Point guard Mike Darnell called the University's first black basketball player the N-word, and refused to pass him the ball. When prompted to by the coach, Darnell would “pass the ball to his ankle, his knees, back of head."

Martin J. Broussard, the LSU athletic trainer whose name is on the University’s multimillion-dollar athletic training facility, also made a racist remark. Temple Jr. said Broussard, who died in 2003, once told him to get his “a– out of the training room” because “he was a n—–," after Temple Jr. came to him seeking to be treated for a sprained ankle.

The NAACP tried to ban the Confederate flag from LSU tailgates. Three tailgaters were arrested for chanting racial slurs such as “Go back to Africa,” “Go back to the ghetto,” and “Go to a black school,” says Sevetri Wilson, during a protest on the presence of  purple and gold Confederate flags on campus. LSU officials agreed to not ban the flag because of the First Amendment, but discouraged and refused to condone the use of the flag due to the offensive meaning the flag can represent.

The only black member of LSU non-visiting law faculty, Darlene Goring, said she was denied a promotion due to her race. Jack Weiss, the law center chancellor, said the minority candidates are less qualified than their white counterparts and should be held to a different standard. This prompted Goring to sue over "racist practices" at Paul M. Hebert Law Center.

The University never responded to the lawsuit, which was filed in September 2008 in the 19th Judicial District Court. Weiss called the lawsuit "utterly false" and it was an insult to the entire faculty at the law center.

Reggie's Bar in Tigerland came under scrutiny after University freshman Taylor Ward noticed the stamp she received at the door spelled out “REGGIN." When looked at backward, it read “N-----." Reggie's stopped using this stamp after this controversy.

Reggie's did not comment on whether the stamp was intended to contribute to the racist atmosphere.

University student Clarke Perkins tweeted a picture of a “noose” hanging from a tree on camus. The University claimed the “noose” was a part of weather prevention system that came loose and released a statement pertaining to racial intolerance on campus. The University reaffirmed their commitment to keeping a safe learning environment. Perkins later stated, ”I was wrong, it was a wire that fell. But if black students were more accepted here, I wouldn’t have thought a noose.”

Multiple students alleged the dress code at Reggie's Bar is discriminatory toward black people, and the policy is not upheld equally for all races. Marvin Delpit, a finance sophomore, said he has witnessed black people being turned away from Reggie’s for wearing white shoes, "but if I was white and wore all-white Sperrys, I would probably be allowed in.”

A study by LSU researchers, Ozkan Eren and Naci Mocan, show when LSU football loses games, especially unexpected upsets, sentencing was harsher for black juveniles. Eighty-eight percent of the judges in the study were white, revealing a racist undertone of disposition towards black defendants when suffering emotional distress due to the defeat of LSU football.

A white University student proposed creating a “White Student Union” on her Facebook page, creating controversy and sparking #BeingBlackAtLSU. White students made up 72.3% of campus population, in comparison to black students who made up 12.2% at the time. The student eventually recanted her proposal, and stated she never intended to offend anyone. “My intention was to get a natural response, and that’s definitely what I got,” she said. LSU President F. King tweeted during the controversy, “While #BeingBlackatLSU demonstrates that we have some areas that need work, I’m proud of our students for sharing their experiences.”

University Student Jawan Fox has swastikas drawn on his neck at a house party, consisting of all white students. When confronted, partygoers said the swastikas shouldn’t be offensive to Fox since he is black, not Jewish. Fox said the host of the party was business administration student Kimberly Ezell. The Daily Reveille tried contacting Ezell for a few comments in 2016, but was provided with no response. No statement about the incident was released by the University.

Black LSU student has swastika drawn on him during house party

LSU junior Clarke Perkins found "Go Back 2 Africa N----r Monkeys," scribbled across the head of the decorative ghost Perkins and her four roommates had hanging outside the door of their University House apartment. Alexander met with Perkins and pledged to help her and her roommates move out of the complex if they wanted. The University pledged ”If an LSU student did this, they will be prosecuted under the Student Code of Conduct, with ramifications including expulsion." The Baton Rouge Police Department could not find the perpetrator.

A University student was posted in a photo holding a plush monkey by a noose, and the discussion as to whether it violated the student conduct code commenced. The woman who posted the photo said she “did not find the photo offensive.” Members of the LSU African American Ambassadors attempted to contact Alexander, but claimed the University called the photo “freedom of speech.”

The University released a statement on the matter, saying it was handling the case. LSU Media Relations Director Ernie Ballard said the case would be reviewed by the Dean of Students to determine if it is a violation of the Code of Student Conduct.

Gymnast Sami Durante faced backlash for posting a picture of Mandarin writing on a classroom projector, with the caption "Excuse me sir.. we’re in America." Controversy erupted on social media, with requests for more racial sensitivity training to athletes at the university. When reached for comment, the Athletic Department stated, “We do not condone any offensive statement made by a member of the athletic community.”

Sophomore Foxworth Vidrine repeatedly yelled racial slurs toward group of freshmen, with the rest of the student section seemingly unaffected by the derogatory terms. Biology freshman Christy Nguyen and her friends were preparing to walk from the student section and exit the stadium when they heard the comments. Nguyen said, “It was really humiliating; he was yelling, and everyone around was just looking. He even had the satisfaction of seeing us leave.” One of Nguyen’s friends present in the student section took a picture of Vidrine and posted it on twitter. The tweet received more than 33,000 retweets and called for viewers of the tweet to identify Vidrine.

LSU Associate Vice President and Dean of Students Mari Fuentes-Martin told the group of freshmen harassed by Foxworth Vidrine that his words were not threatening and were protected by his right to freedom of speech. According to one of the members of the group, biology freshman Madaleine Vo, the meeting did not address possible consequences for Vidrine whatsoever. “We just didn’t understand that because hate speech and freedom of speech are two different things,” Vo said.

LSU Associate Vice President for Student Affairs and Dean of Students Mari Fuentes-Martin responds to media inquiries regarding the student section incident on Aug. 31. "The language and words used in this incident do not reflect who we are as a University and the welcoming environment we have created for students of all backgrounds," Fuentes-Martin said. "The University is unable to discuss or disclose anything pertaining to an individual student. LSU's Office of Student Advocacy & Accountability will handle the potential discipline or violations resulting from this investigation."

Opinion: LSU did not deserve to win seventh Diversity Award