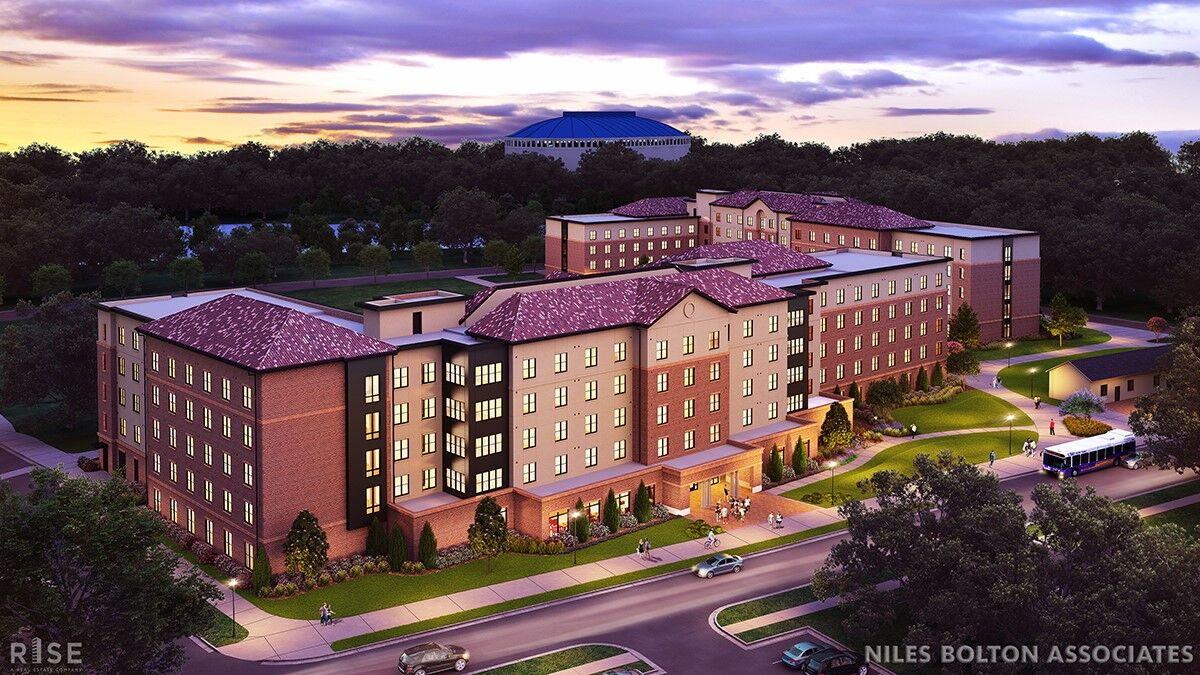 Azaela Hall, set to open for the Fall 2021 semester. 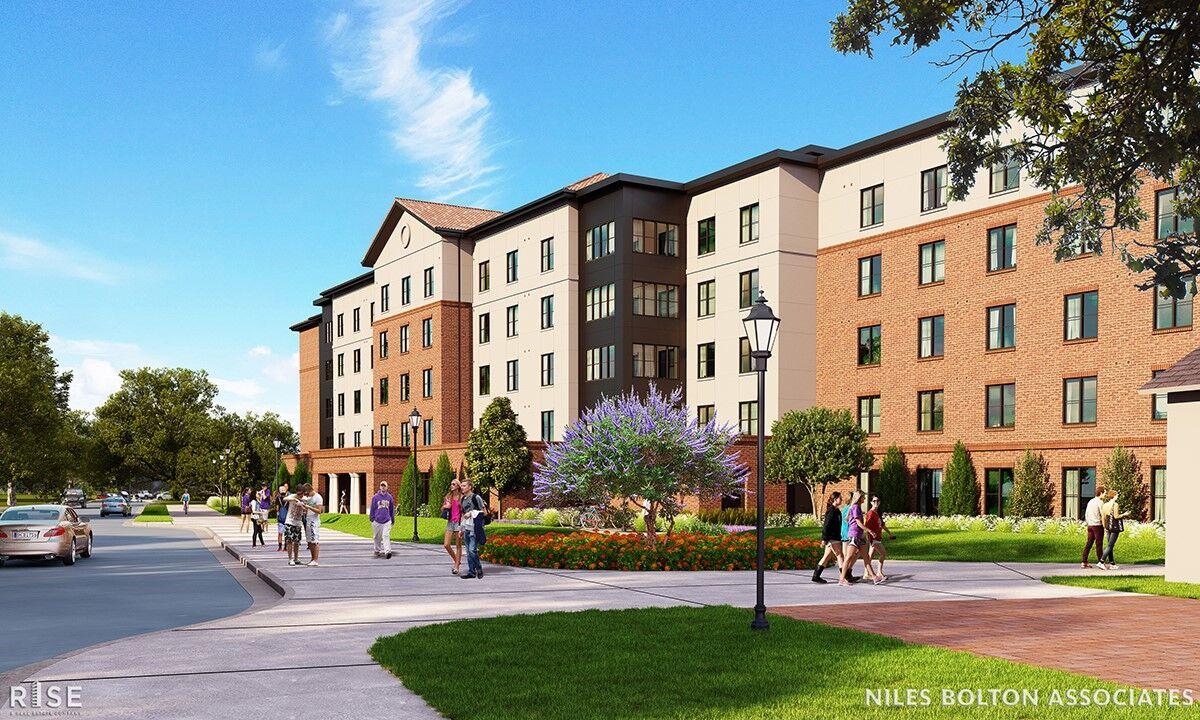 Azaela Hall, which will open for the Fall 2021 semester. 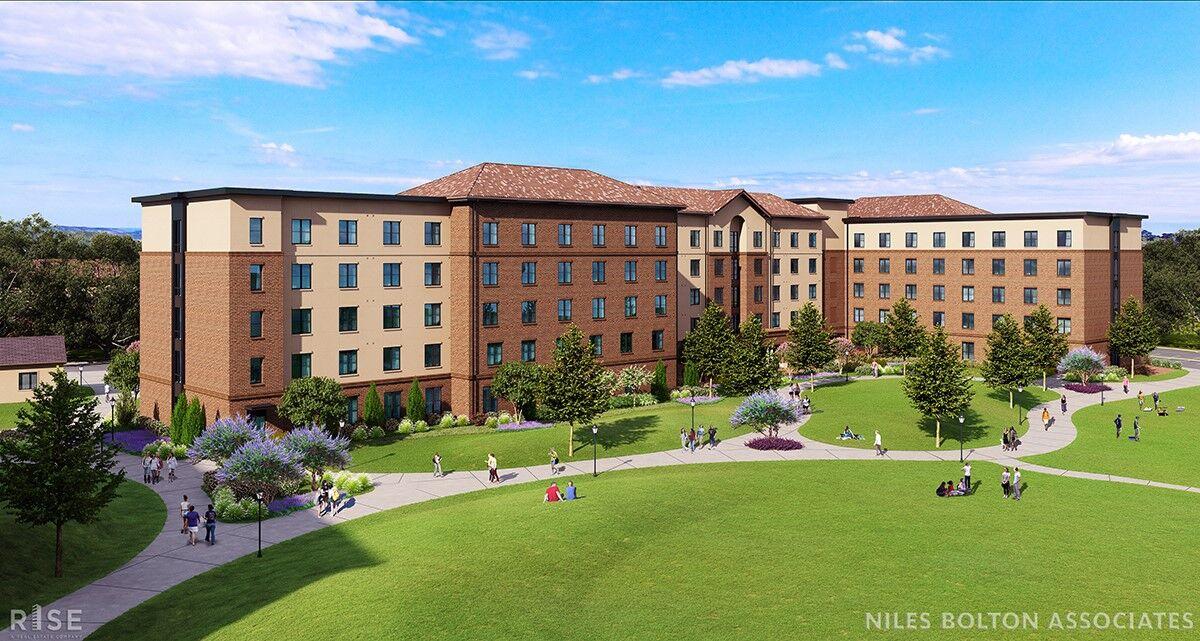 Camellia Hall, set to open for the Fall 2021 semester.

Between the average of $20 million in government funds designated by the Louisiana legislature and the additional budget allotted by the University, LSU's campus is constantly under renovation. But where do those millions in funds go every year? Assistant Vice President of Planning, Design and Construction Roger Husser detailed the university's construction plans for 2021-2022.

2021 Capital Outlay Funds – the money contributed to LSU by the state government – will predominantly be spent on two major renovations that have been underway for approximately six months.

"The Huey P. Long fieldhouse will primarily be occupied by the college of Human Sciences and Education, which is who was occupying it before," Husser said. "It will be a fully renovated  academic building with office space, research space and classrooms to better serve the needs of the students, faculty and staff and also potentially a wellness center."

Husser said students will continue to notice construction in those two areas throughout the next academic year, but they are expected be completed by late 2022.

The rest of the 2021 Capital Outlay Funds will primarily be spent on a public pet clinic located near the LSU School of Veterinary Medicine on the outskirts of campus. It will be a 40,000 square foot clinic that provides "clinical services, including community practice (primary care), dermatology, integrative medicine, and ophthalmology," according to school's website.

In addition to state funds, $4 million in private donations were contributed by Emmet and Toni Stephenson for whom the clinic was named.

LSU's iconic clock tower has been under renovation for a number of years, starting with updates to the exterior of the tower that were completed a year ago. Then, the plaza surrounding the tower was renovated. Following that, development of the museum on the inside began.

"The activity over the last several months has been to actually build out the museum artifacts and displays inside the building," Husser said.

The soft opening of the military museum inside Memorial Tower began on June 1st with plans to host the grand opening on Veterans Day in November. The museum features exhibits from LSU alumni who served in the military, and it is run by the Cadets of the Ole War Skule. This project was funded with a mix of Capital Outlay funds and significant donations.

Two new residence halls are being constructed in the Greenhouse District – located north of Hergert and Miller Hall across from the UREC – funded through a public-private partnership that will offset the increased enrollment rates that drove many upper-classment out of their dorms last year.

The district will also feature additional parking lots, improved sidewalks, landscaping and on-site furniture. The new dorms – Camelia and Azalea – will be available for registration in the fall and will likely be designated for freshman use.

Due to old age and countless horror stories, abatement and demolition of Kirby Smith Hall will begin during the next academic year, with no plans to occupy it during the fall semester.

Over the past year and a half, Evangeline Hall and Highland Hall have been completely updated and are ready for use next semester.

Associate Director of the LSU Department of Residential Life Catherine David said the previous mold and mildew issues discovered in Miller and Herget Hall have been addressed and the university plans to use both dorms in the fall.

"We want students to live in clean, safe, comfortable facilities, and if their experience isn't exceeding that mark, we need to know about it," David said. "As we always say, if we don't know about it, we can't address it."

Although LSU usually takes advantage of decreased traffic rates to fix campus roads during the summer semesters, there aren't many improvements planned for 2021. Funds are being directed elsewhere, Husser explained.

"Personally, I recognize we have lots of opportunity to improve our roads and streets, we're making funding requests to do that, but unfortunately we don't have any big projects planned," Husser said.

Lighting issues on campus have been a topic of much debate over the past several years. Student Government hosts an annual light walk to highlight areas of campus that are in need of lighting attention, and the lists are passed to administration. Those improvements are being prioritized this summer and throughout the coming academic year.

"We retrieved information from LSU police on hotspot areas they think we should address, we collected light level data campus wide with a light meter, and we got information from other places and we overlaid all of those inputs, including the input from the Light Walk, that will guide all of the improvements we plan to take over the next 12 months," Husser said.

Every year a number of small improvements are made to LSU's library, but the condition of the building is still derided by students. Although there are no major plans for renovation this summer, a new library is in the works, according to Husser.

"We're hopeful to get some of the seed funding from the legislature this session that would allow us to start planning and designing a new library, but it would take five or six years to ultimately replace LSU Library, if we receive funding timely," Husser said.

Another major planned project is the New Interdisciplinary Science Building. Planning is underway with expectation of state capital outlay funds and private funds to support this project that will provide new, state of the art science teaching labs, new active learning classrooms and new science research space, according to Husser.

Scattered thunderstorms in the morning, then mainly cloudy during the afternoon with thunderstorms likely. High near 90F. Winds SE at 5 to 10 mph. Chance of rain 80%.

A stray shower or thunderstorm is possible early. A few clouds. Low 73F. Winds ESE at 5 to 10 mph.

A few clouds from time to time. Low 73F. Winds light and variable.