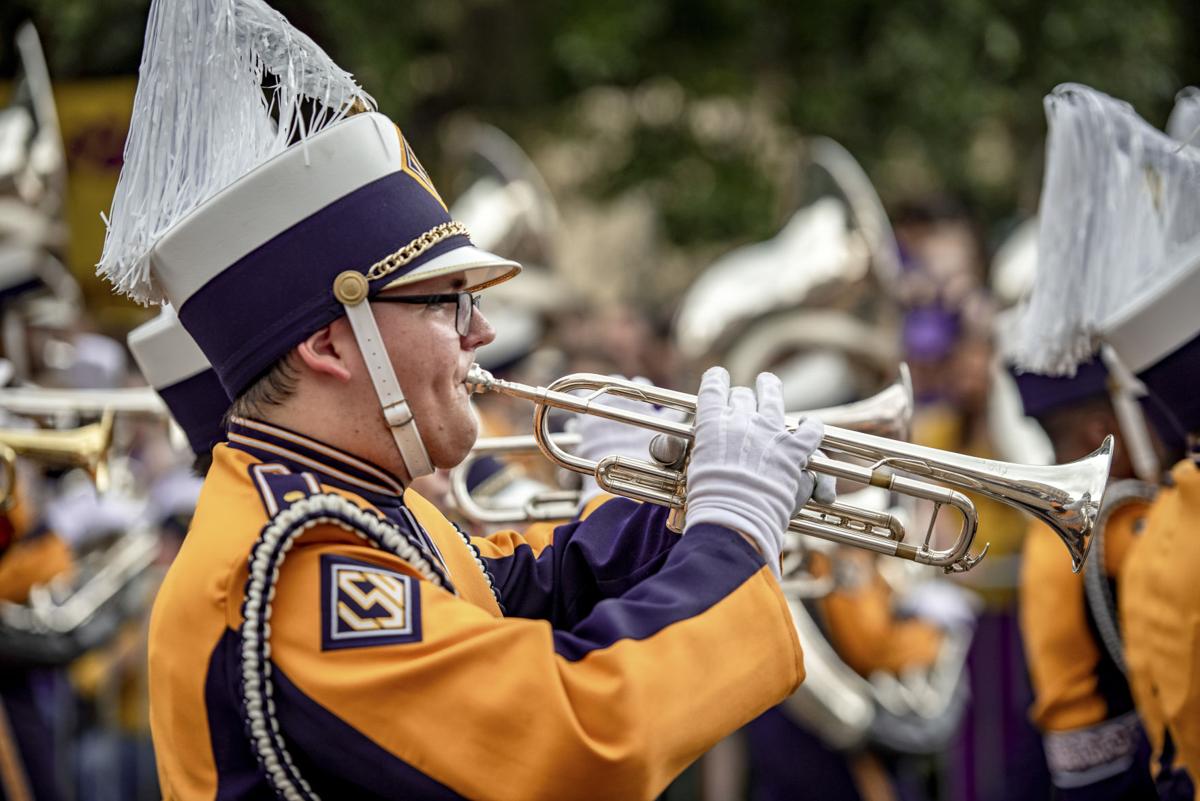 A member of the LSU Tiger Band walks down Field House Drive during the National Championship Parade on Saturday, Jan. 18, 2020. 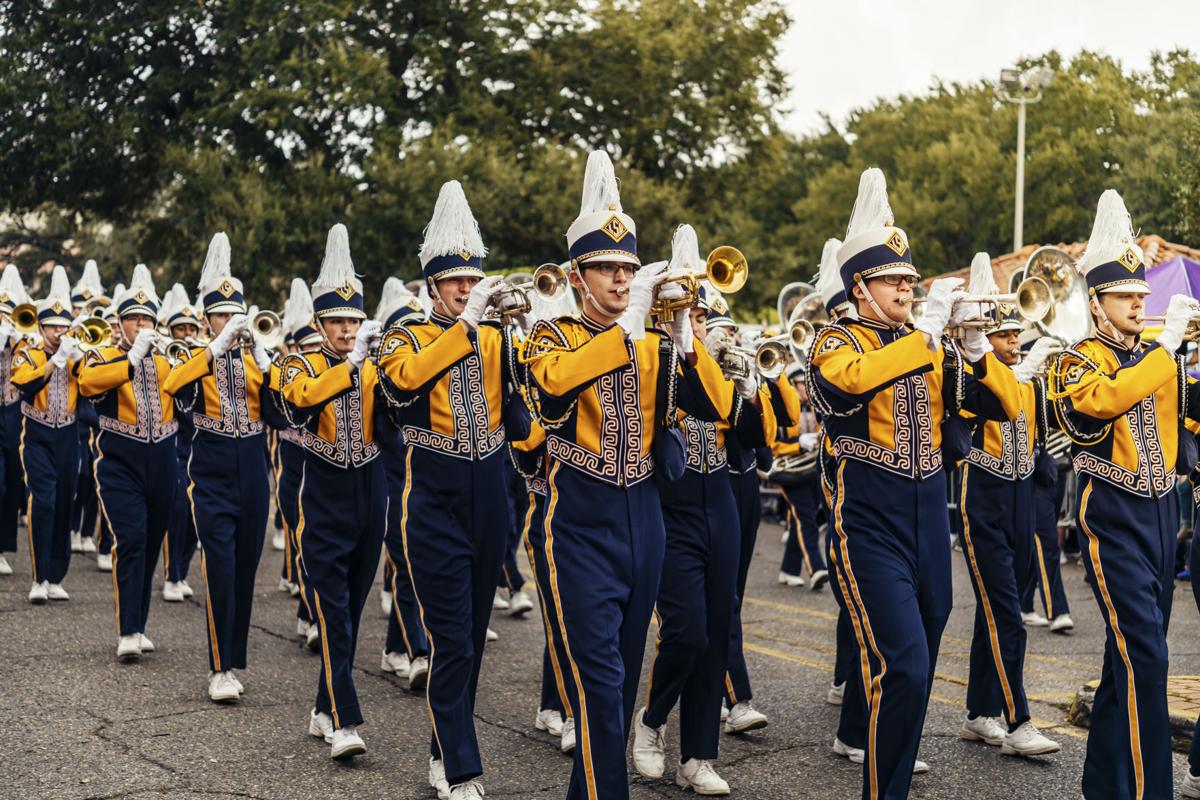 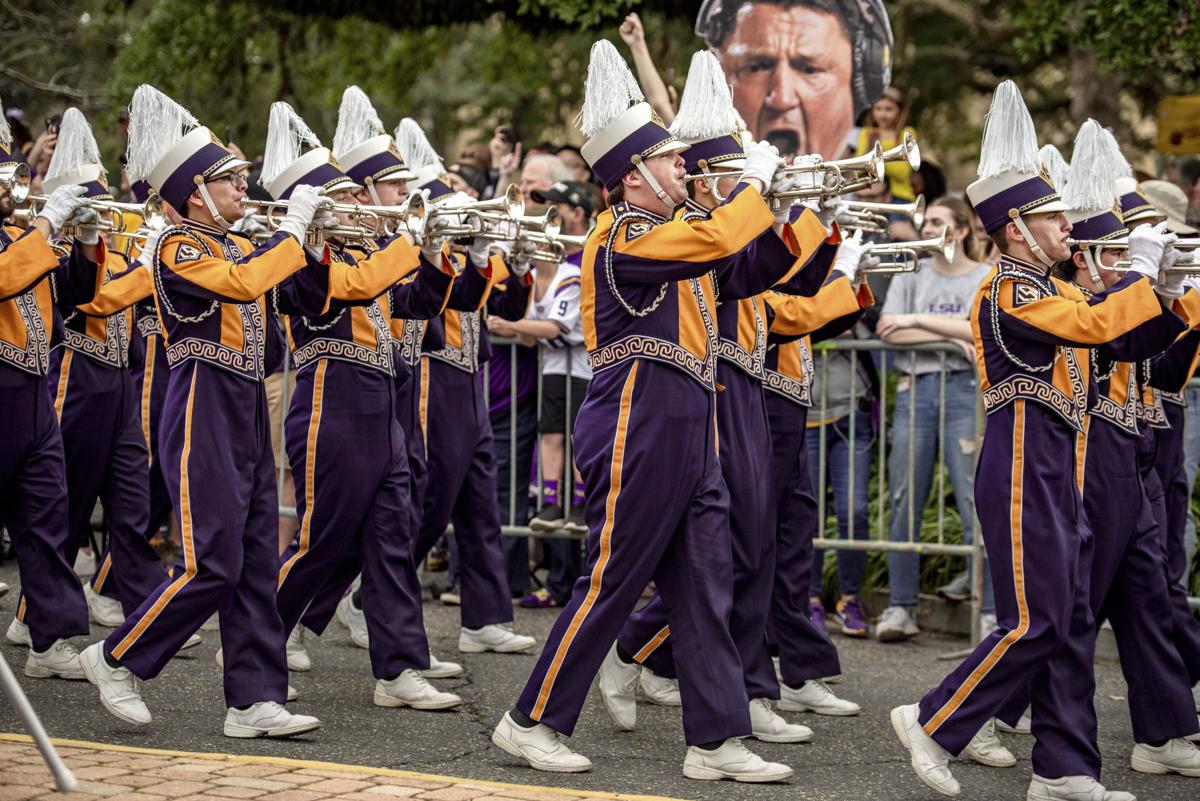 A member of the LSU Tiger Band walks down Field House Drive during the National Championship Parade on Saturday, Jan. 18, 2020.

With the cancellation of football seasons for both the Big 10 and the PAC-12, many have questioned the future of college football. But as the University’s football team readies itself for a football season, the Tiger Band is moving forward with new plans, practice techniques and contingencies for a season of COVID-19 football.

Tiger Band drum major and music senior Taylor Brownfield said the band is preparing for the season and had the pandemic in mind throughout their audition process.

“We have our band camp currently going on virtually, and we are doing auditions via video,” Brownfield said. “Then the band directors will judge that, and we’ll move forward”

“We’re definitely implementing social distancing,” Brownfield said. “Actually, athletics have given us a great opportunity to use their military grade equipment to use while we are practicing and rehearsing and such. A majority of our rehearsals, if not all, will actually be outside. There’s a 10-person limit within Tiger Band Hall, so that restricts us a good bit.”

In addition to using Zoom for schoolwork, jobs and sectionals, Tiger Band section leaders have been using the video conferencing platform to host social functions.

“It’s also great to be able to use Zoom as a platform to have fun and build relationships, and that’s what some of our section leaders have been doing,” Brownfield said. “They’ve been getting on there with potential members and returning members and just playing games and really trying to familiarize themselves with each other.”

Tiger Band Director Kelvin Jones said that while the band is planning to perform, there are still different ideas circulating as to how the band may need to be different this season.

“We haven’t been told otherwise so we’re anticipating something,” Jones said. “We’ve already put together a socially distanced pregame so once we get on the field, we’ve already talked about operating at a fifty percent model. Meaning that of our 325, splitting it right in half.”

Jones said the delay of the football season has given more time for the band to prepare.

“I can say there's a big difference in regards to the first game not happening until Sept. 26, which gives us more time to kind of take our time with things, making sure we’re safe and we provide a healthy environment for our students,” Jones said. “As much as I want to play and would’ve been playing weeks ago, we just want to be smart about it.”

Brownfield said that while this year will come with major changes, he anticipates things returning to normal soon.

“No matter what this year entails, in the near future we will be back to normal so we have to carry the rich tradition,” Brownfield said. “We’re still going to do a great job with the circumstances we currently have nationwide.”

Decreased capacity in Tiger Stadium will lose the University tens of millions of dollars, according to officials. LSU Athletic Director Scott …

A few clouds from time to time. Low 66F. Winds light and variable.