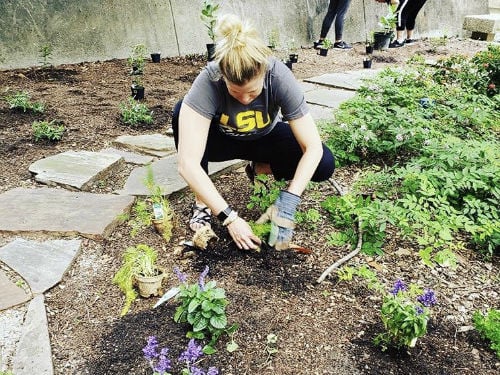 A learning pollinator garden lies in the“Life Sciences Annex” in between the Life Sciences Building, Chopin and Williams Halls. 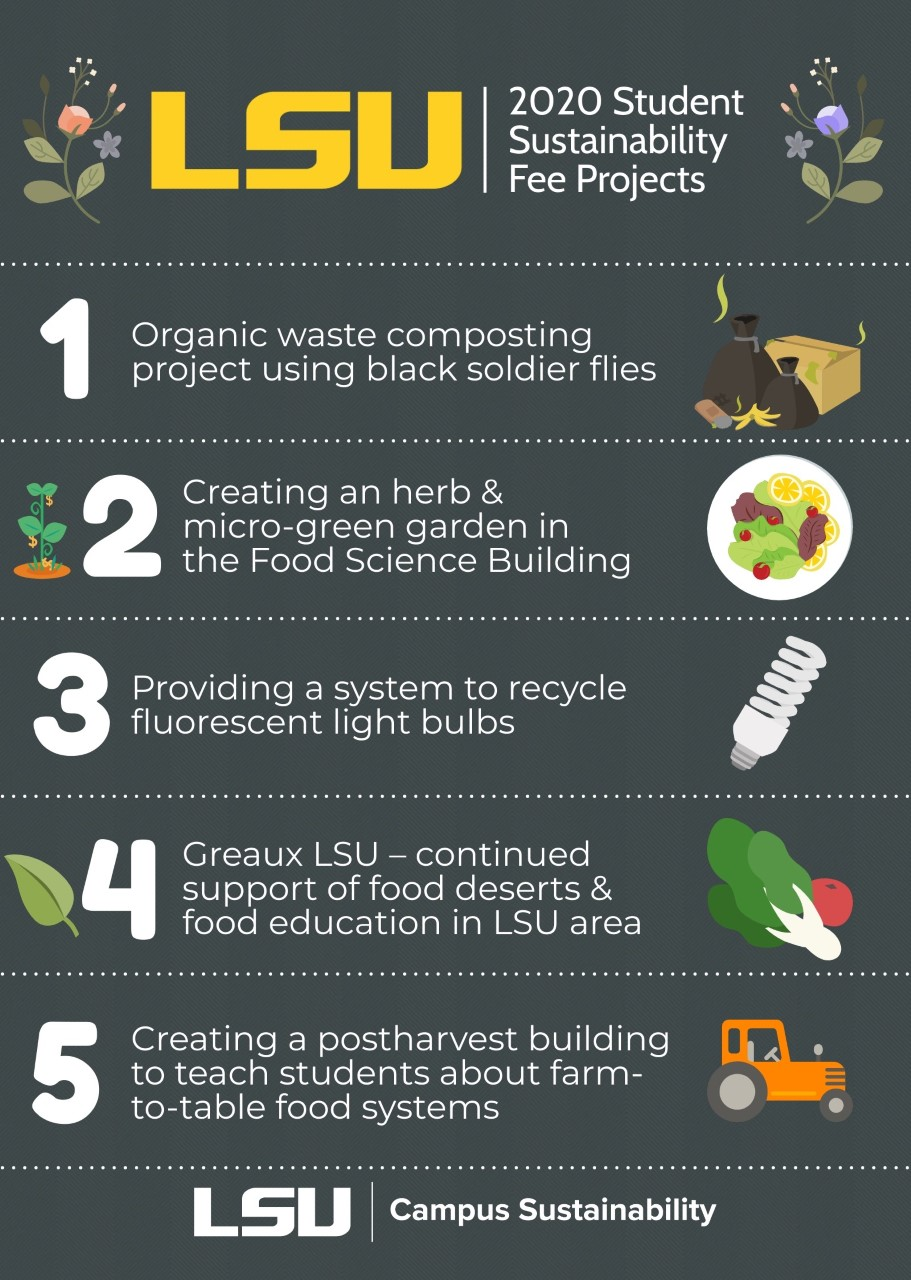 The Student Sustainability Fund, also known as the “green fee,” is allocated to proposals submitted to LSU Student Government.

Every LSU student pays $2 per semester to promote sustainability on campus.

The Student Sustainability Fund, also known as the “green fee,” is allocated to proposals submitted to LSU Student Government. Most proposals are submitted by LSU departments and graduate students, but the application process is open to all members of the community.

Every semester, the Campus Committee on Sustainability determines which projects will be funded. The committee is chaired by a member of student government appointed by the SG president. Music senior Taylor Goss is currently serving as chair for projects in the fall semester.

"The exciting thing about this relatively small fee is that it has the potential to be far reaching with respect to the short and long-term impact these projects can have," Temple said.

The fund amounts to approximately $60,000 per semester and  the committee aims to fund 5-10 projects with the money each cycle.

Temple said if it weren't for the green fee, it's likely none of these proposals would have been funded.

The impact these projects have made on the community is because of the money students pay in their tuition, which they may not even consider.

There are five green fee funded projects for the fall 2020 semester.

This project was submitted by graduate student Devon Brits in 2019. It has received funding over three consecutive semesters and has transformed the management of campus food waste.

"LSU produces approximately 12,000 tons of waste a year. This waste needs to be dealt with effectively," Brits's proposal read.

The solution, Brits suggested, was to use black soldier flies to compost the food waste from LSU dining halls.

"To date, using [black soldier flies], LSU has diverted more than four tons of organic waste using a team of less than 3 students/workers from all three dining halls on campus," the proposal read.

Once the material is composted at the local company Fluker Farms, it's sent back to LSU to be used in landscape management around campus.

2. Creating an herb and micro green garden in the food and science building

Judy Myhand, an instructor for the school of nutrition and food sciences, recognized an opportunity to grow local produce for use in her dietitian training classes rather than purchasing it from big-box stores. She also works with local schools to encourage the consumption of fresh and local foods, and teaches teens how to cook economical and healthy meals.

The proposal requested funding to invest in hydroponic technology to grow fresh herbs and produce that can be used in her classes and community outreaches.

By using hydroponics, a more sustainable, healthier food system can be achieved on campus, which is one of the strategic goals of the green fee.

The University recently moved towards using green-tipped fluorescent bulbs because of their lower mercury levels, which is a known neurotoxin.

Green-tipped bulbs cannot be recycled with the fluorescent bulb program, so Pepitone proposed investing in a new method that could.

Greaux LSU is the extension of a previously funded initiative known as the Echo Tree project, proposed by sociology graduate student Jordan James. It was granted $9,000 in 2017 and was met with overwhelming levels of success. The Campus Committee on Sustainability decided it warranted continued funding.

In 2017, the project built greenhouses around the outskirts of LSU in communities known as "food deserts," which are areas where residents do not have reasonable access to nutritional food. It also educated members of the community on how to cook, eat and live healthy.

Six greenhouses were built with the previous funding and over 1,000 vegetable sprouts were raised in those greenhouses the past year. James also formed partnerships with local companies to build more greenhouses and community gardens around Baton Rouge.

Much like Greaux LSU, this project focuses on teaching students about nutritional living. The funding will be put toward The Horticulture Hill Farm Teaching Facility at LSU, which has previously received support for harvesting equipment, a sustainable fruit orchard and postharvest handling.

The current funding will contribute to the final stages of creating a postharvest system.

Additional training for students about farm-to-table food systems will also be taught with the budget provided by SSF.

Every student that goes through the University is at some point instructed by a TA, a graduate student who has gained an assistantship from th…

Intervals of clouds and sunshine. A stray shower or thunderstorm is possible. High 86F. Winds E at 10 to 15 mph.

A shower or two around the area in the evening, then partly cloudy overnight. Low near 65F. Winds light and variable. Chance of rain 30%.