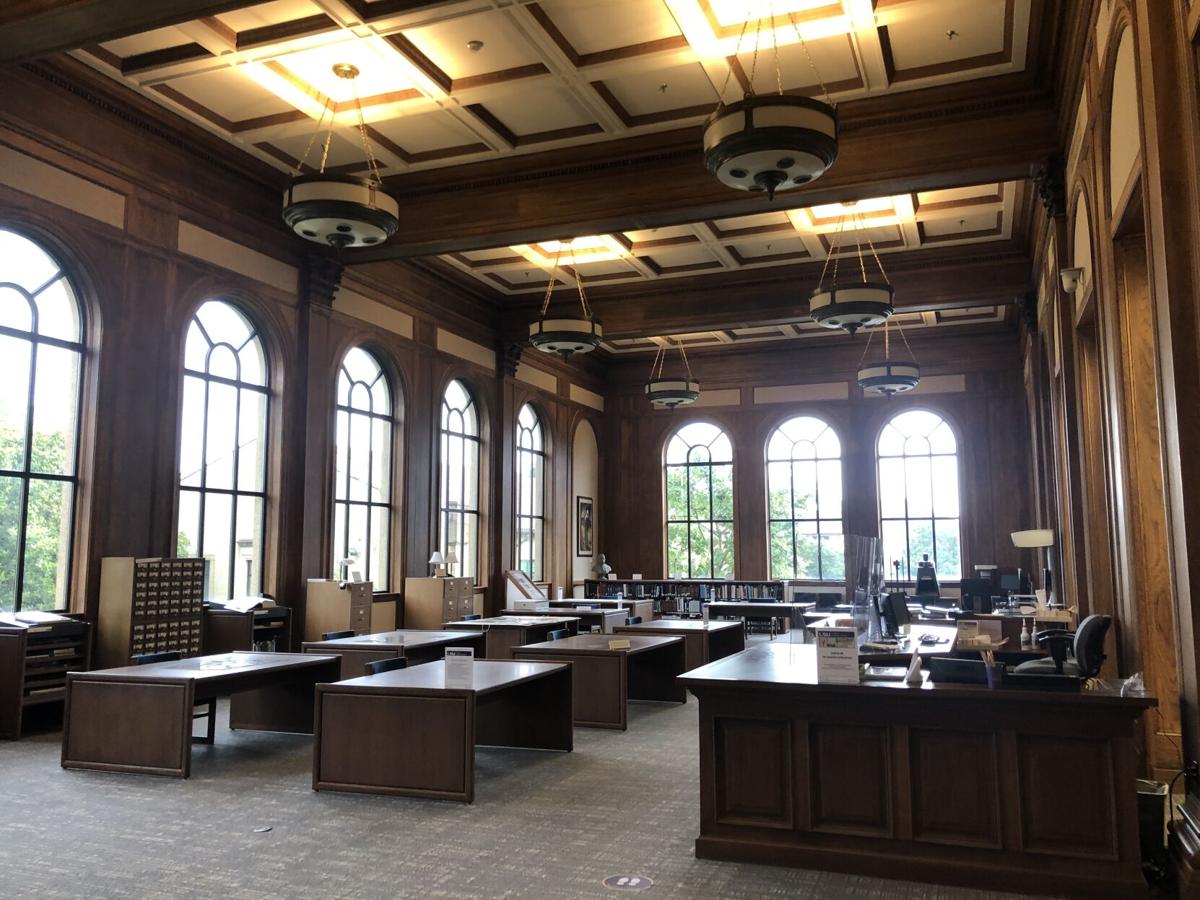 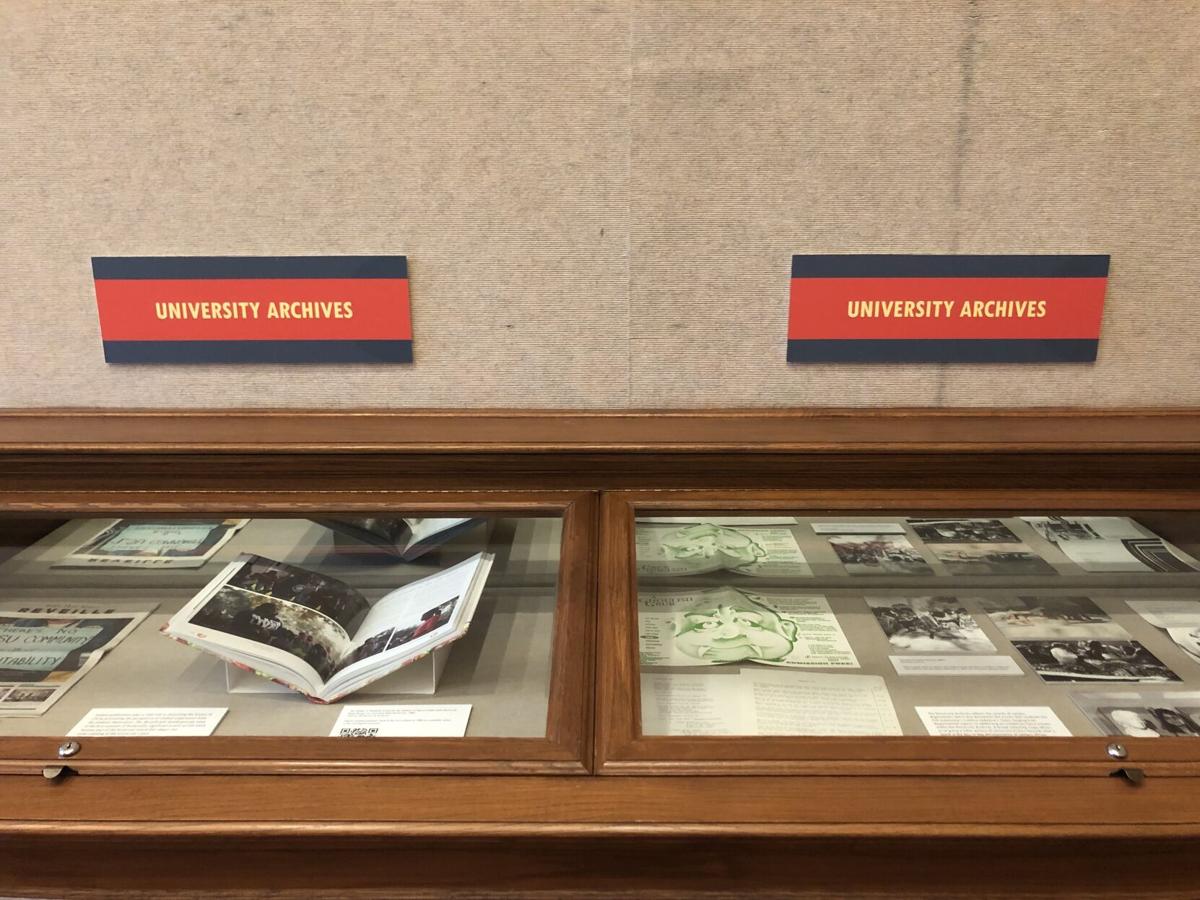 The LSU Library in the Quad is a frequently visited building on campus, but what’s the deal with Hill Memorial Library?

Hill Memorial Library, steps away from the main library, is currently under renovation to become more known and accessible to students.

Hill Memorial is one of the four original buildings on LSU’s campus, according to Associate Dean, Technology and Special Collections of LSU Libraries Gina Costello. Costello said Hill Memorial’s renovation aims to return to what the library used to be prior to 1958, before the main library opened.

Costello said the renovations should be complete by late August and she hopes it can be a well-known building on campus to study, read and learn about the history of the university and Louisiana. She said she wants Hill Memorial to have a “Hogwarts” like look with beautiful interiors that overlook campus. She also said she intends to have Hill Memorial Library be one of the most “Instagrammable” buildings on campus.

“We don’t have a place like this on campus,” Costello said.

Along with Hill Memorial, the other three original buildings are Memorial Tower, Foster Hall and Atkinson Hall. Costello said in the original design of campus, these four buildings made a cross before the rest of the Quad was constructed. The main library opened in 1958 and was named after Troy Middleton in 1978.

“These are one of a kind, you’re not going to see them anywhere else,” Skaggs said.

Skaggs highlighted that some of the rarest documents Hill Memorial holds are the Audubon Elephant Folio, which includes John James Audubon’s “Birds of America,” the Louis XVI and Marie Antoinette Cash Journal, a ledger of Queen Marie Antoinette of France’s accounts up to her death and the 1st. U.S. Regiment Corps D’Afrique muster roll, Louisiana’s first corps of African American troops for the Union.

On the second floor of Hill Memorial is a room that is currently known as the “General Reading Room.” This room was a part of the Link Drawings, the original blueprint of the building by architect Theodore Link. Costello said the Reading Room will possibly be converted into a study space after renovation. Right now it holds many of the special collections historians use for research.

“Within the next couple years, they [students] will see more spaces in Hill to utilize,” Costello said.

Costello also said everything in the library is funded by donors, not state money. She said they are looking for a primary donor for the renovation project, with a naming opportunity after the donor in place of the “General Reading Room.”

Costello said the architecture for the renovation takes its inspiration from libraries at the University of North Carolina Chapel Hill and Duke University, specifically the Rubenstein Arts Center at Duke. She said she hopes the Hill Memorial will be one of the best libraries in the SEC.

The renovation of Hill Memorial is all a part of LSU’s Master Plan to completely change campus to center around Nicholson Drive.

“In the master plan, many “purists” want to return to the original campus design,” Costello said.

Quad from the original campus design. Costello said Hill Memorial will then have a beautiful view of Memorial Tower out its front windows. Another library will be built southeast of Tiger Stadium at the intersection of West Campus Drive and South Stadium Drive.

Costello said Hill Memorial will host an open house for the building to become more known across LSU’s campus. Visitors will be able to visit the new facilities and look at the vast special collections Hill Memorial holds, some being quite controversial in today’s society.

“Our job is to preserve history, not to tell people how to feel,” Costello said.

Costello also said she wants students to give feedback to Hill Memorial on how to utilize the new spaces. She said she’s open to any suggestions for Hill Memorial’s awareness among students and ways for students to appreciate the building and the history of LSU. Hill Memorial also plans to refocus special collections to encompass records of the entire campus, not just documents historians and administration can use.

Hill Memorial Library is currently open to the public, despite ongoing renovation. Hill Memorial is open from 9 a.m. to 1 p.m. on Mondays, Wednesdays and Fridays and from 1 p.m. to 5 p.m. on Tuesdays and Thursdays.

Sunny along with a few clouds. A stray shower or thunderstorm is possible. High 94F. Winds light and variable.

Mostly cloudy skies early, then partly cloudy after midnight. A stray shower or thunderstorm is possible. Low around 75F. Winds light and variable.

A few clouds. Low around 75F. Winds light and variable.