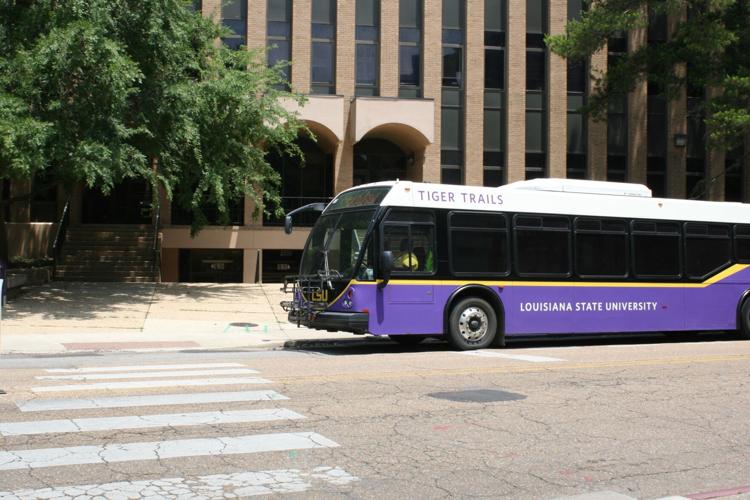 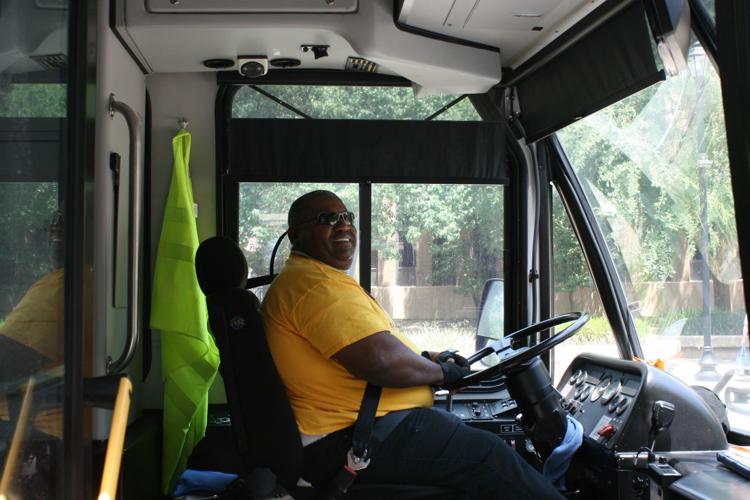 During the course of the pandemic, Tiger Trails drivers were the enforcers of a federal mask mandate for public transportation, causing frustration among drivers.

In March of 2020, LSU shut down its campus. Since then, drivers have gone through a multitude of changes including reduced capacity, daily disinfecting, and mask mandates, the latter of which has caused issues with passengers.

David Alford, a driver for Tiger Trails, the LSU bus system, since 2019, found these times to be difficult for both the drivers and the students.

While there was some pushback, Alford said that most of the problems on the LSU buses were minor.

Alford recalled one regular passenger, who always had his mask, but wouldn’t put it on until he was asked.

According to several drivers, there had been a few cases of students refusing to mask that had to be escalated. If a passenger refused to wear a mask, they would be denied the bus services. In the event a student was causing a disruption and refusing to get off the bus, Alford says the protocol was to contact the LSU police department in order to remove the students.

Brian Favela, the director of LSU Parking & Transportation Services, said that he was unaware of any incidents of LSUPD being called to remove a student. Favela has held the position since August of 2021.

“I had a very good group of understanding kids,” Alford said. “They followed the rules with me pretty good because I made an announcement on every route I had that ‘I would love for y’all to just understand us. It’s not us making the rules. It’s LSU and the company making the rules, so we have to follow it. And so I’m asking y’all, will y’all help me on this route?’”

Although there may not have been many serious incidents, these times have still been taxing on the drivers.

Alford said that it could be hard trying to get passengers to comply with the mandate. “It was some times that I wanted to give up,” Alford said.

Alford said that things got easier with time, until LSU lifted the campus-wide mask mandate in February. During this time, mask mandates were not required on campus or within buildings, only on the bus system.

LSU hires its bus drivers through a third party, First Transit. Alford says the communication among LSU, First Transit, and the drivers was lacking. When this occurred, Alford says the interactions among drivers and passengers was much more tense, as students were not aware of the difference between the campus and the buses.

Favela said he received many complaints on the Tiger Trails Accountability form, a system Favela introduced when he joined LSU.

After some time, LSU added a notice about the mask mandate to the destination signs outside the buses, which drivers said helped mitigate the issue. The university also began offering masks to students on the bus.

Teye Yevuyibor, a PhD student, spoke of his experiences with the LSU transportation system.

“Occasionally you have some who will not wear the nose masks either because they don’t have the nose masks,” Yevuyibor said. “And, but now I see that even though that rule has relaxed, the buses have nose masks in the bus and they can offer you it if you need it.”

Yevuyibor spoke positively about the entire system and praised the drivers for being vigilant in their efforts to protect everyone.

“The bus drivers insist that students must wear the nose masks, and I believe that’s right, because they must protect everybody,” Yevuyibor said. “And it’s mandatory that you should wear your nose masks boarding the bus.”

After a federal judge ruled against the transportation mask mandate in April, LSU lifted the mandate for masking on Tiger Trails.

With everything settling down, at least for now, Alford says he intends to stay with LSU until he retires.

“So they really do some great job, great job. And I really praise them for taking care of us,” Yevuyibor said.

Whenever French junior Ali Redmann’s bike was stolen, she was left without any reliable tran…

'We want y’all to enjoy it like Disney World': meet the man behind LSU's stately oaks and broad magnolias

LSU’s beautiful live oaks, blooming flowers and roadways and sidewalks are all overseen by one person in LSU’s facility services.

Partly cloudy with afternoon showers or thunderstorms. High near 90F. Winds SW at 5 to 10 mph. Chance of rain 40%.

Some clouds early will give way to generally clear conditions overnight. Low around 75F. Winds light and variable.

A few clouds from time to time. Low 77F. Winds light and variable.