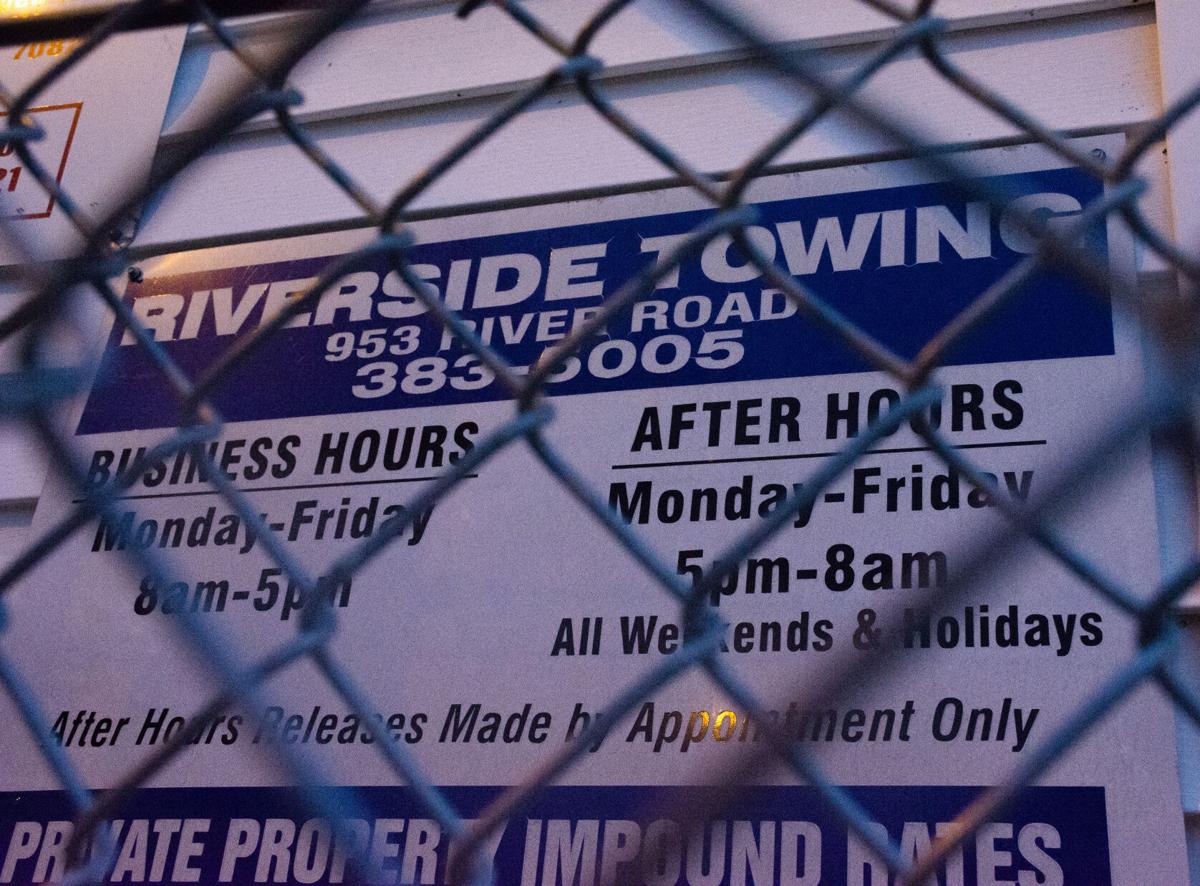 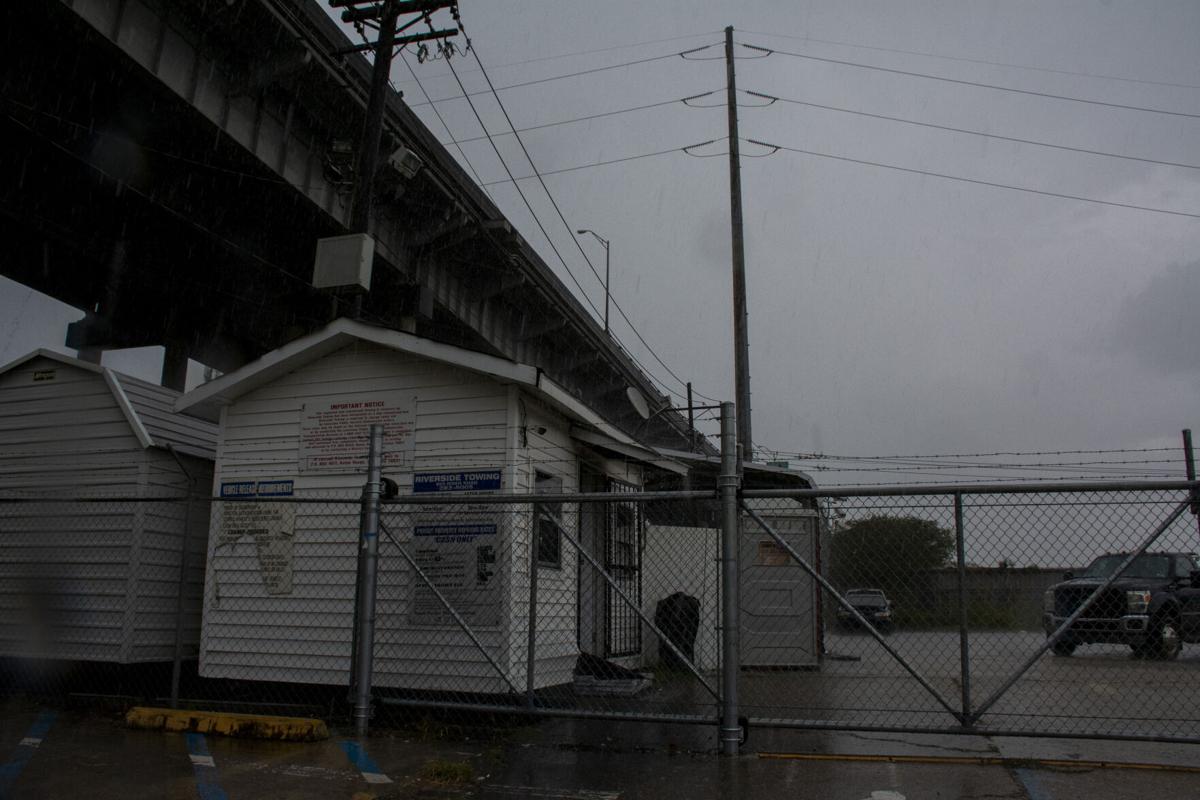 A student-led Twitter account, Turn BR Towing, is collecting testimonies about Riverside Towing from parents and students to measure the extent of accusations of malpractice and targeting college students at the apartments surrounding LSU's campus by the towing business.

Mass communication junior Abigail Holden, one of the five founders of the Turn BR Towing Twitter account, said that she believes Riverside intentionally targets college students because they often aren't aware of the laws and don't question what they're being charged.

Louisiana law states that all towing charges must be in alignment with the rates set by the Louisiana Public Service Commission (LPSC). Any charges that do not fall under PSC standards are unauthorized and illegal.

"They're targeting college kids, and it's pretty obvious," Holden said. "Half the time people don't even realize what they're being charged for."

Holden said one of her friends who was towed was charged a $48 after-hours fee. Because her friend was towed at night, she assumed the charge was accurate. Holden called the LPSC to double-check all of the fees, and discovered that the after-hours fee is only applicable if the car is retrieved from the lot when the business is closed. This was not the case, and her friend was improperly charged.

Holden said it's also been reported that people who were towed on the same day, in the same spot, with similar cars, were charged drastically different fees. Cars are often towed on Saturday night and because Riverside isn't open on Sunday, car owners must pay an extra day of fees.

There is no ATM available on site and Riverside only accepts cash payments. There is no way to know beforehand how much Riverside will charge, and out-of-state students who are not familiar with Riverside are often unaware of the cash-only policy.

In a research paper created by the Turn BR Towing group, they described reports of Riverside charging an additional $100 for out-of-state vehicles, when they have no legal right to do so. They listed other students who have been towed even when they had the required permits, but still charged over $200 to retrieve the car after proving they were legally parked.

In a review on Yelp listed in the paper, one person even said they were towed while sleeping in the vehicle under prescribed medication, and they were charged over $200 to get out of the lot.

"I know people have their theories about somebody high up in the government running [Riverside]," Holden said. "It does seem like they have influence somewhere, since the Public Service Commission isn't doing anything."

Business senior Hannah Shriver was visiting a friend at Riverbend Apartments on Sept. 11 and returned to her parking space later that night to discover her car had been towed.

Shriver said earlier that evening when she was parking, she noticed Riverside towing someone else's car. She was careful to park in a designated visitor parking space because of this, but they weren't clearly marked and she accidentally parked in an unauthorized zone.

"I thought it was a guest spot, but it was one over," Shriver said. "But there were probably 10 other open spaces, it's not like I was an inconvenience."

When Shriver arrived at Riverside the next morning to retrieve her car, several other students there had been towed from the same apartment complex that night. Each of them were charged different prices for no apparent reason. Shriver paid $211 and one of her friends paid $280. They were not given a reason for this variance in price.

When Shriver's fees were examined, she was charged almost $100 more than LPSC regulates.

If a car's title is not registered under the student's name, which is often the case, they need a written statement from the owner of the car confirming the individual present is authorized to retrieve the vehicle.

Shriver's experience was especially difficult because her father was flying home from Colorado and she was uncertain if he would be able to fax the statement to her before the business closed at 2 p.m.

Philosophy and English junior Maddy Marlowe was also parked at the Riverbend Apartments one evening in 2019 when she was towed by Riverside. Marlowe is certain she was parked in a guest parking space and when she requested footage from Riverside, they refused to show her.

"They were not willing to show me the footage, which made me think even more that it was not my wrongdoing," Marlowe said.

She was charged over $200 for parking in a space designated as a visitor zone, which she later went back to Riverbend Apartments and confirmed.

When Marlowe arrived at Riverside, they would not let her inside the office or through the gate and she had to pass the employee the money they requested through the holes in the fence. They did not give her any receipt or documentation, and would not explain the charges.

"I think they definitely need new management," Marlowe said. "They need to be more regulated. They should accept payments other than cash, bring you into the office, explain what you're being charged for and give you receipts rather than demanding cash and being difficult."

Marlowe said that when she was at Riverside, she saw a father accompanying his daughter who had been towed. They were sent away because they were only a few dollars short of the amount they needed. Riverside then closed for the day and they had to pay the additional fees for storage.

Marlowe expressed discomfort with Riverside patrolling student apartment complexes at night, and waiting behind dumpsters and in parking garages.

"If you need a car towed for a certain reason because they're parked illegally and it becomes an issue, call a tow truck and have that person towed," Marlowe said. "But I don't know that they need to be patrolling all of these student parking lots in the [late] hours of the evening. What's the point of that other than targeting students to make some extra cash? It's definitely corrupt."

Jeri Ann Seitz, mother of LSU alumna Kirsten Seitz, had an unpleasant experience with Riverside in 2016 when her daughter was towed from an apartment complex near campus.

Her daughter was parked in guest parking spot at a friend's apartment and was towed in the middle of the night. She was driving a Volkswagen Jetta and charged approximately $250. They were not given a breakdown of the fees or any documentation.

"If they didn't want to do that, they're not legitimate," Seitz said, referring to the lack of documentation. "There's something they're not telling us."

Seitz said that in the future she would like to see more streamline transparency within Riverside's management.

Riverside Towing did not respond to requests for comment after The Reveille contacted them on multiple occasions.

A few clouds from time to time. Low 37F. Winds light and variable.